I am very happy to report that most of the work on our re-mods are done. I say most because we still have to do a light sand on two table tops and revarnish. 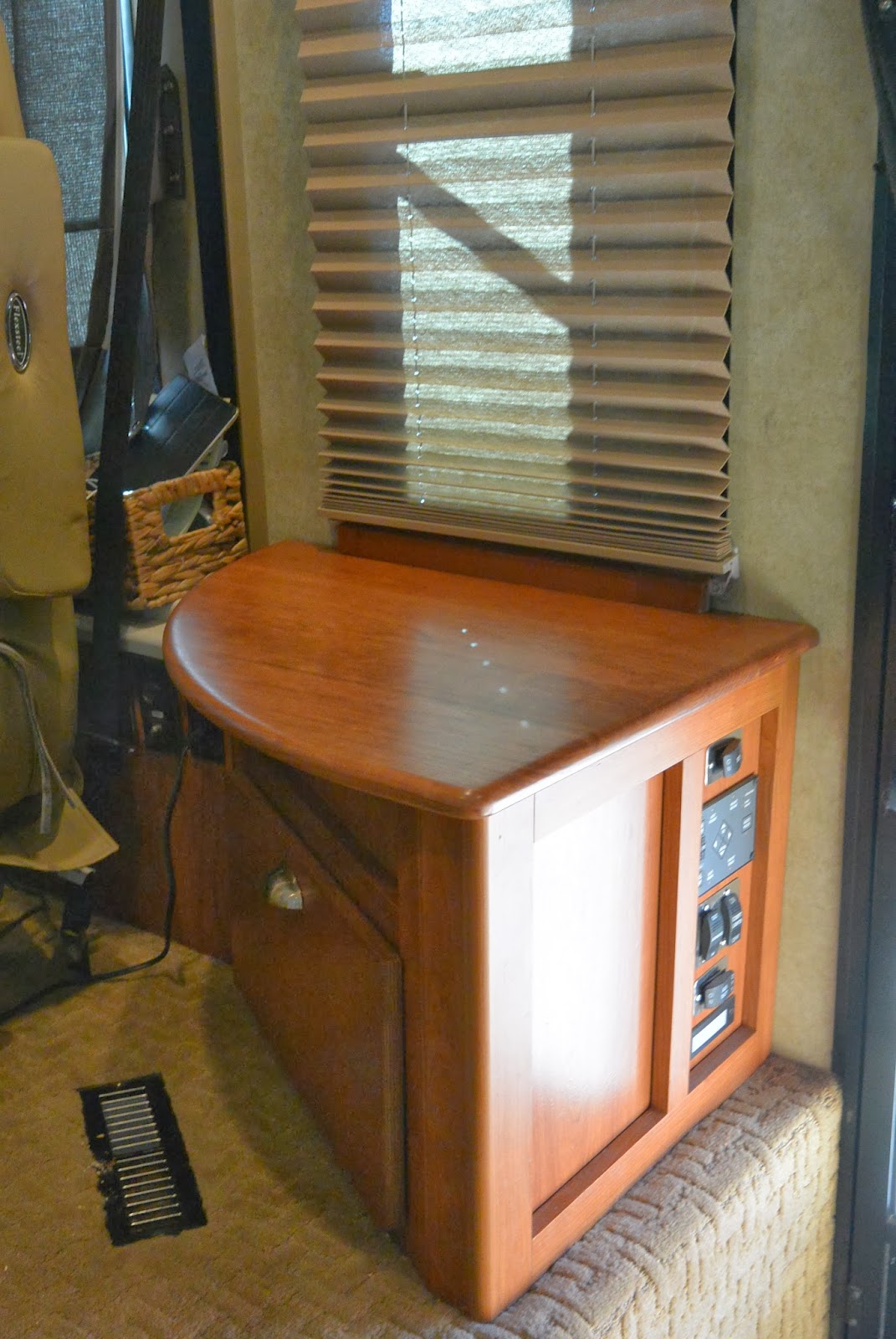 Before...the table by my chair had a white laminate top and was hinged on the top for storage.

After... the top was replaced with a nice piece of cherry wood cut to the exact shape by Gary Whitaker (mentioned in our last post). I didn't really like the hinge on the top, so Joe cut a whole in the side of the unit. We used a door from one of the old dinette bench seats that we saved from a year ago when we replaced the benches with table and chairs.  We still have the storage and I can have a lamp anywhere on the table I want too. 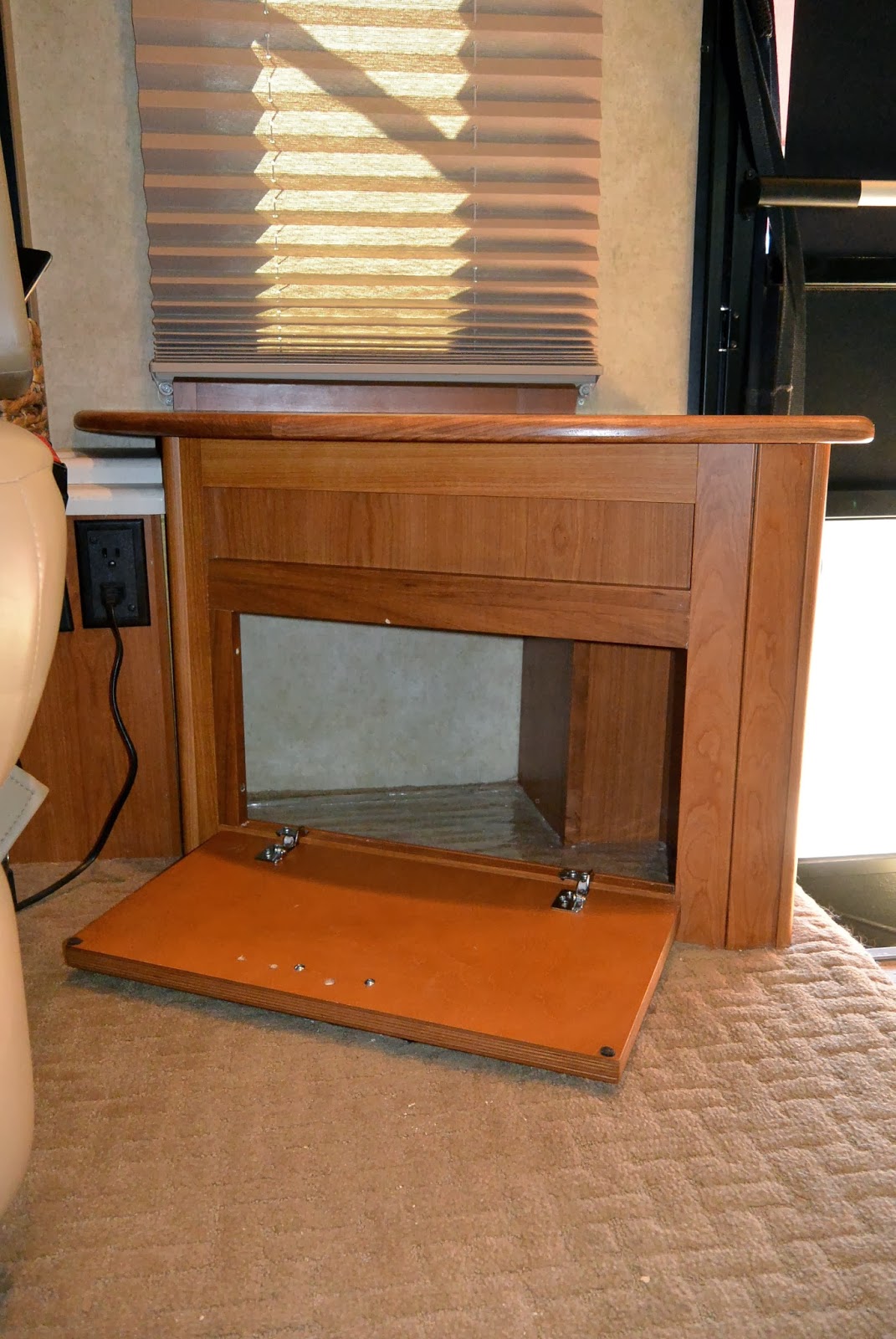 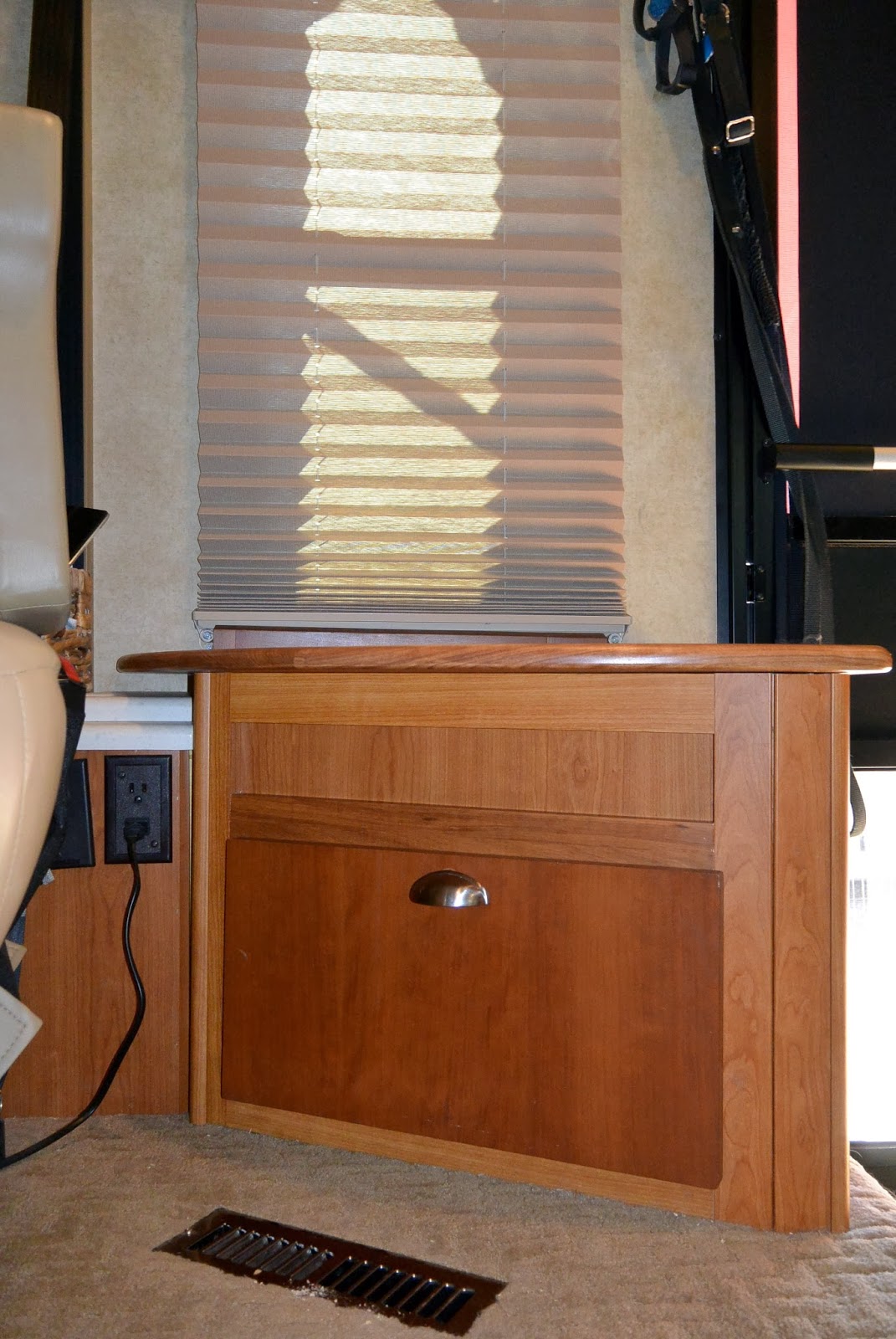 Next, since we moved the TV, we had a nice spot that was quickly dubbed the pantry.

Planning this space was not that easy. We measured cans, boxes and tried to make the best use of this cabinet. 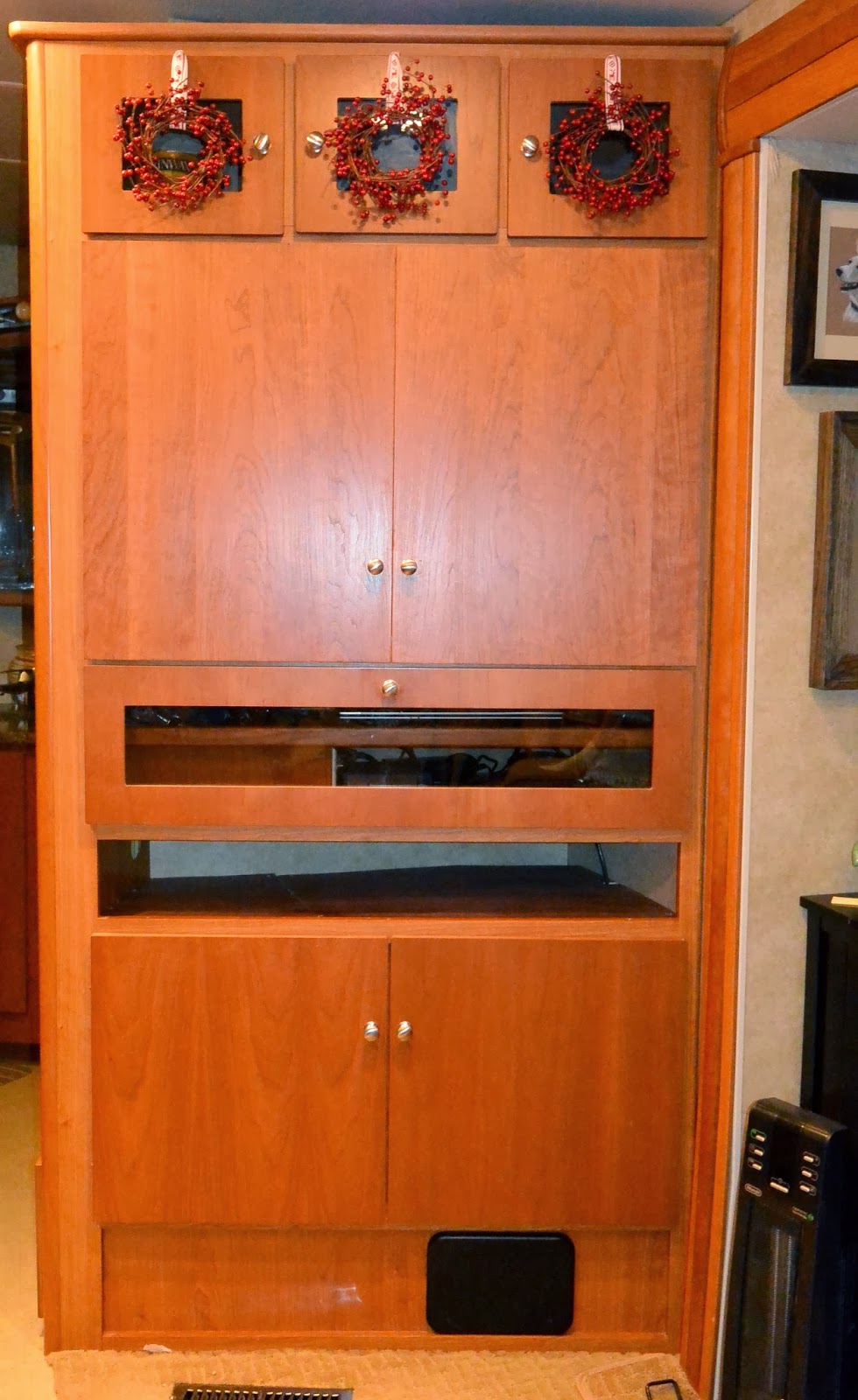 Joe hung the cabinet doors first. We had to order the hinges to match the rest of the doors. In the meantime, we have two doors in the back that are propped up. 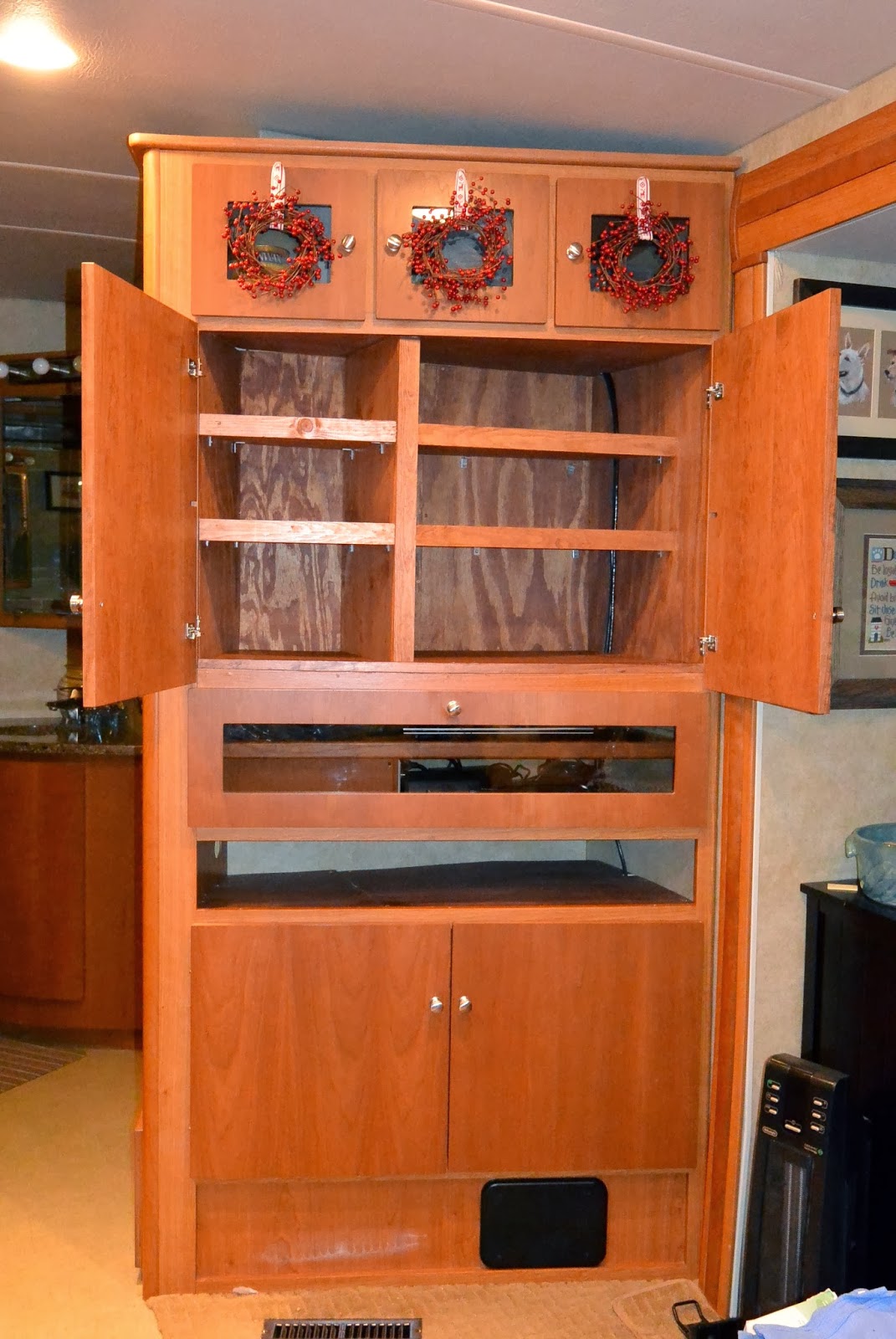 We carefully designed the shelves. It was a little tricky since there was an odd angle we had to work with...the left side is less deep than the right side. 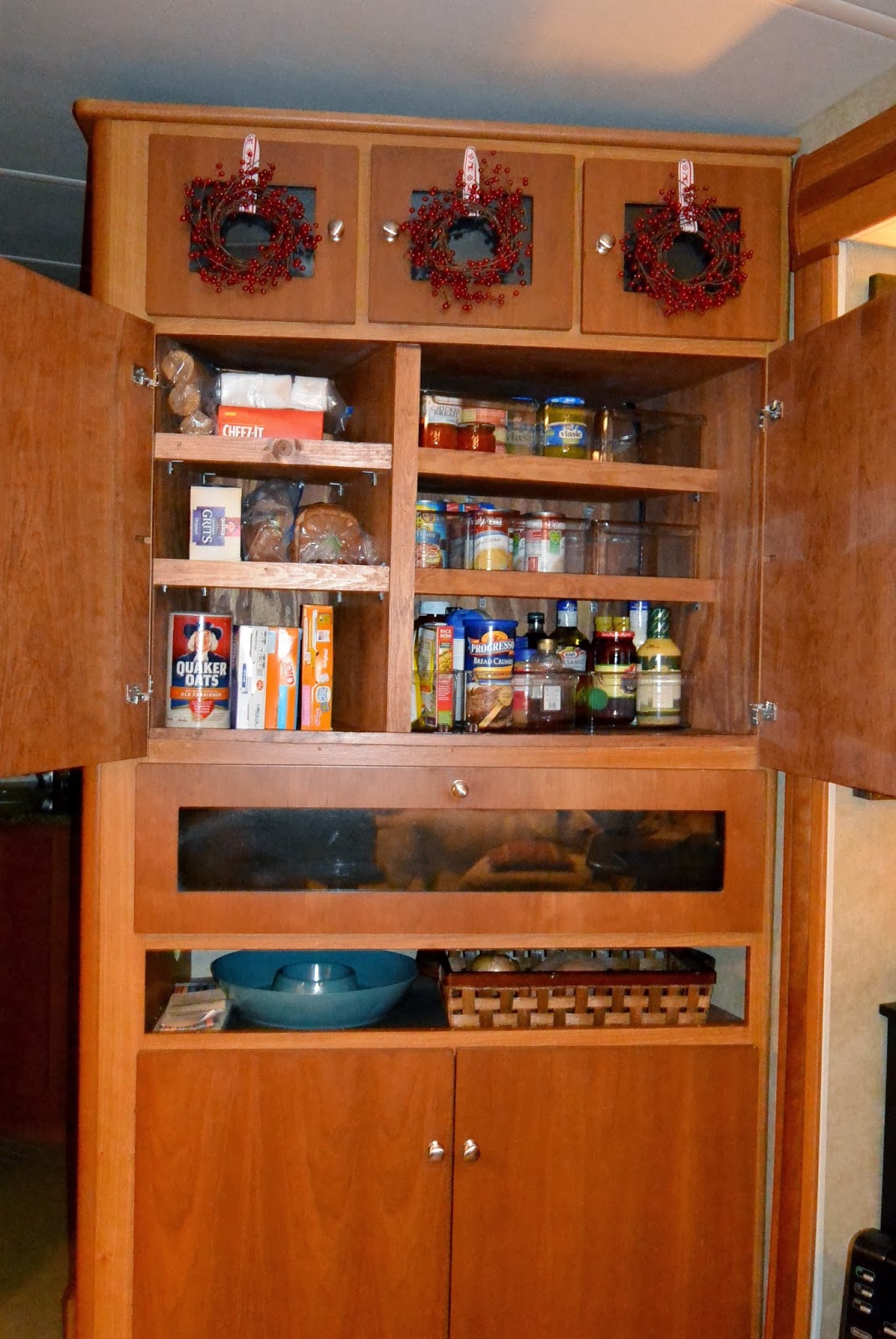 We found bins at Bed, Bath and Beyond. They were a little more than we wanted to pay, but just the right size and they are clear.  I had lots of fun moving canned goods, cereal, etc. to the new pantry. And we are both liking all the new space we have made. 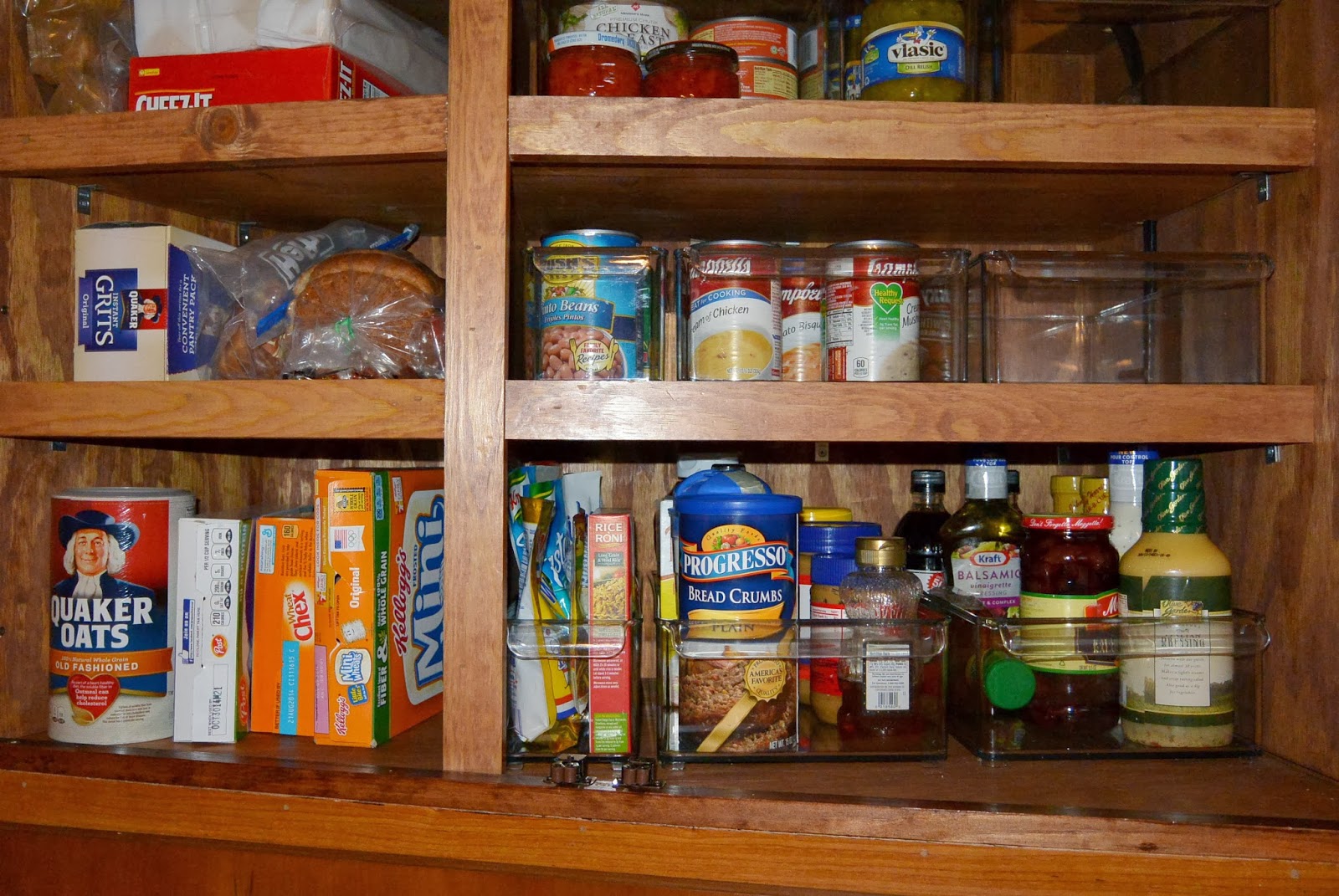 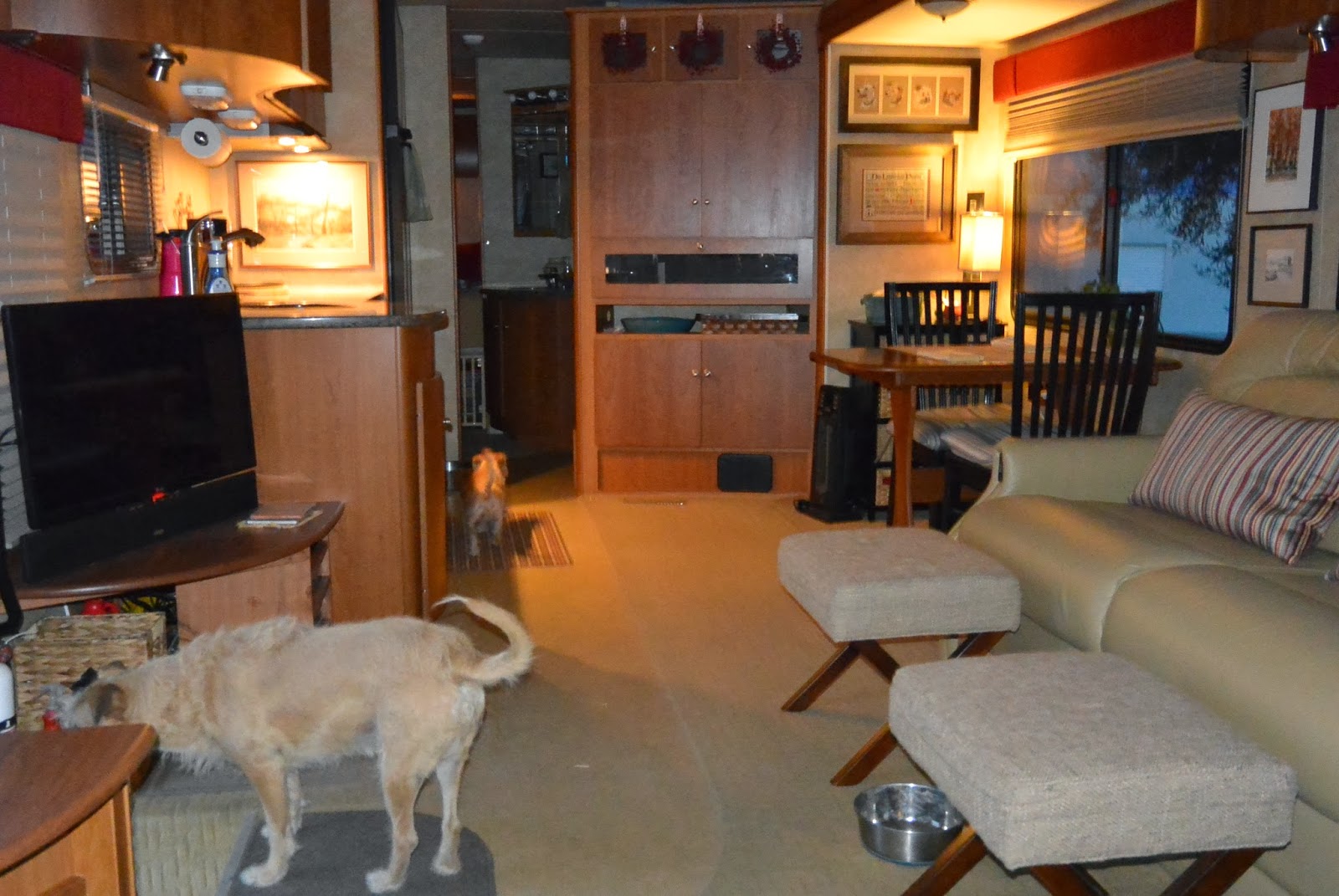 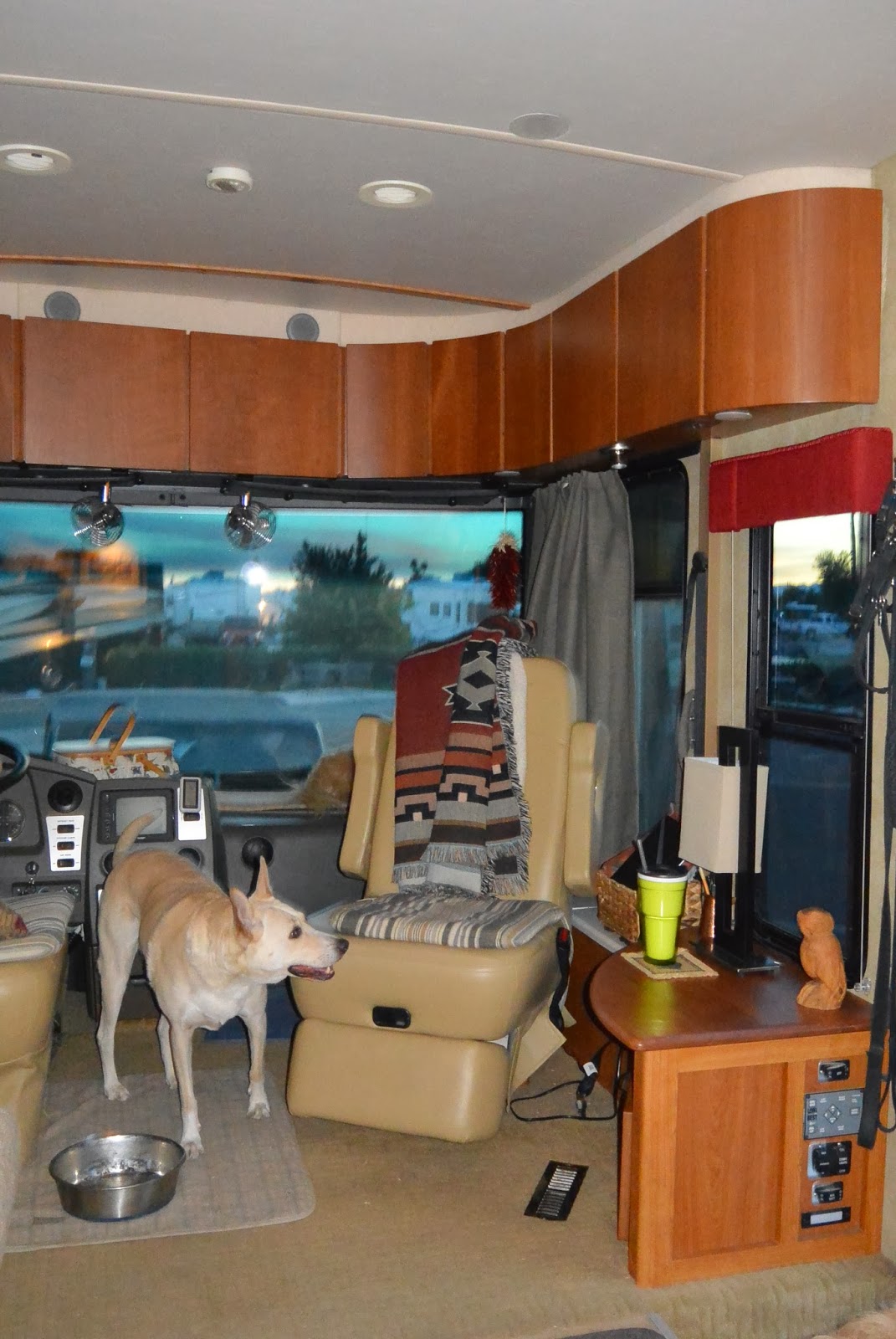 We have one more spot we changed, and I will post those pictures next time.

Today, I heard a new bird...grabbed up the camera and set out to find it. It was sitting in the same lemon tree the Curve-billed Thrasher was in last week. Its a Northern Mockingbird. I say this because his song was a long series of phrases...like "perty, perty" ...which is why I went running. I just knew he was talking to me! 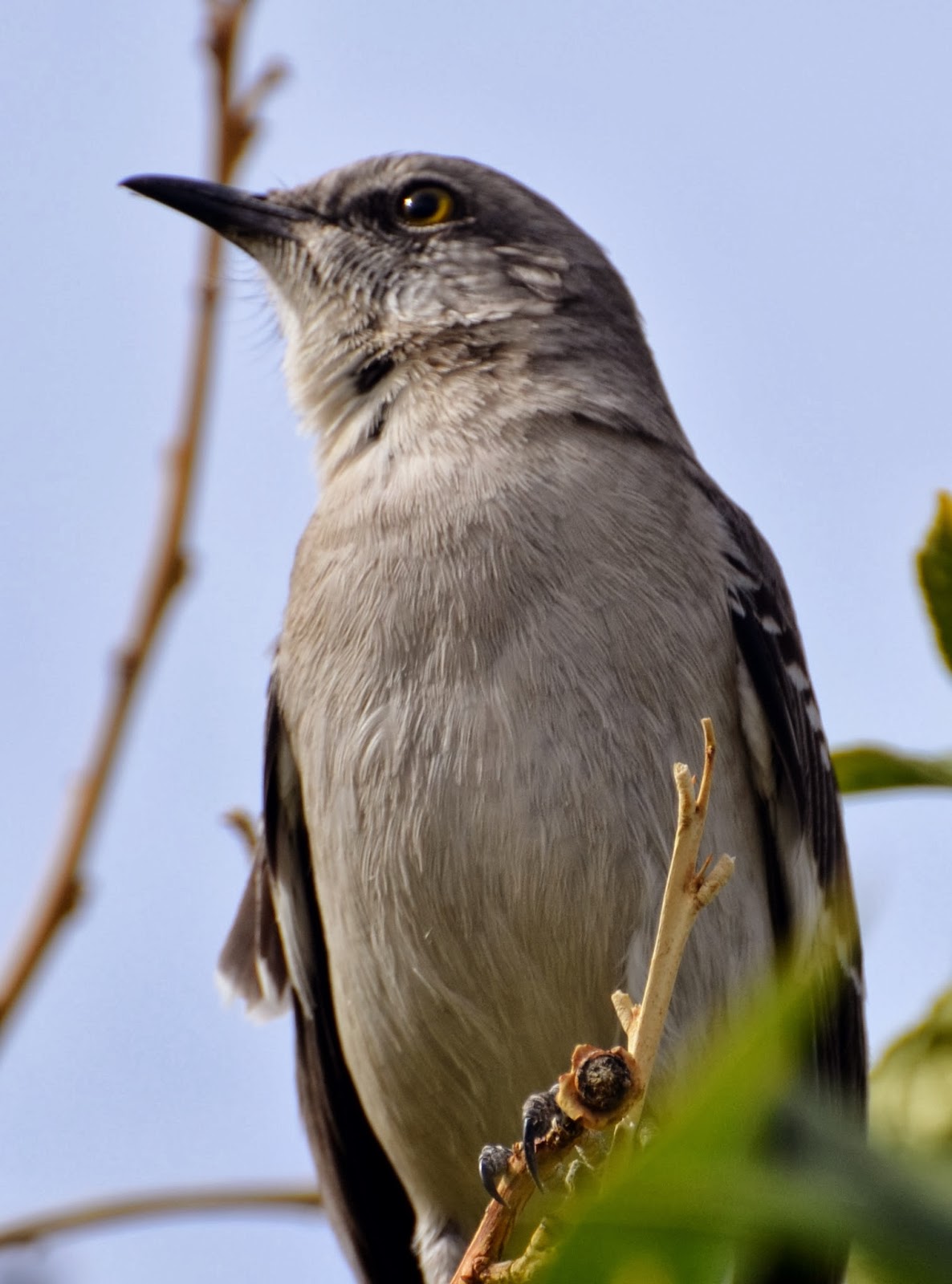 Both the male and the female mockingbirds sing. They mimic the sounds of other birds and even frogs around them.

They continue to learn new sounds throughout their lives. 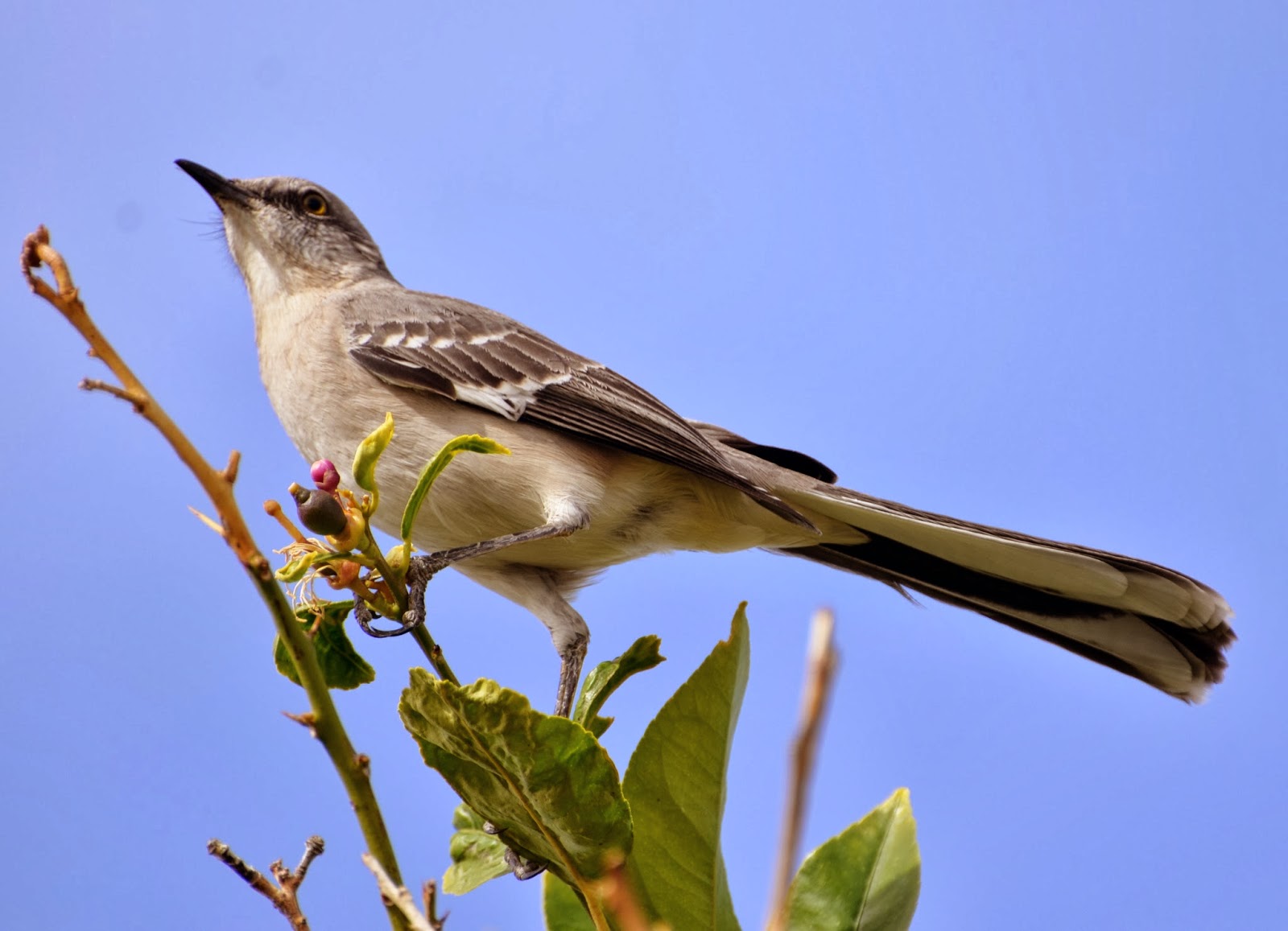 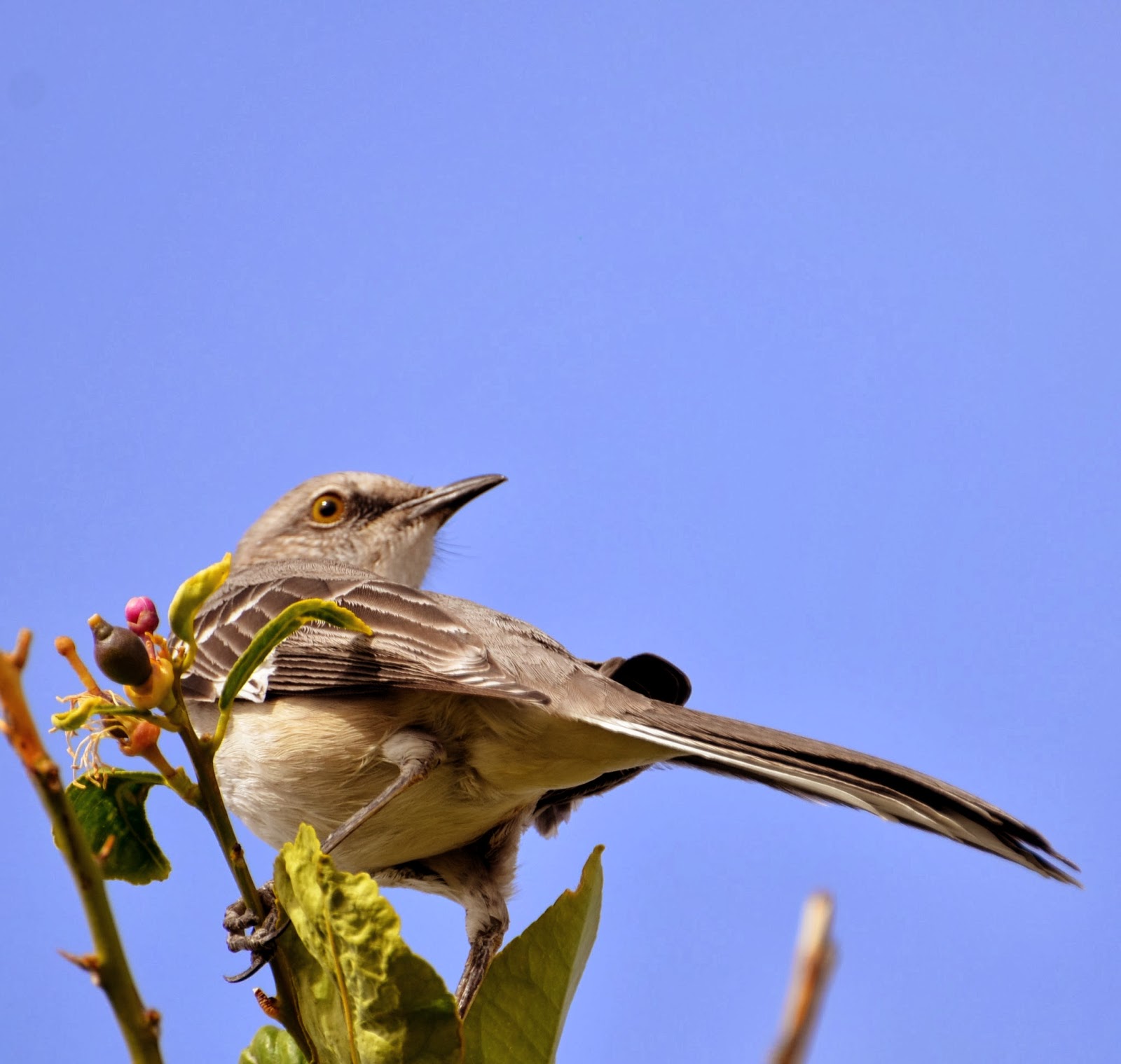 While I was admiring this fine fellow, I spotted a Gila Woodpecker on a palm tree. 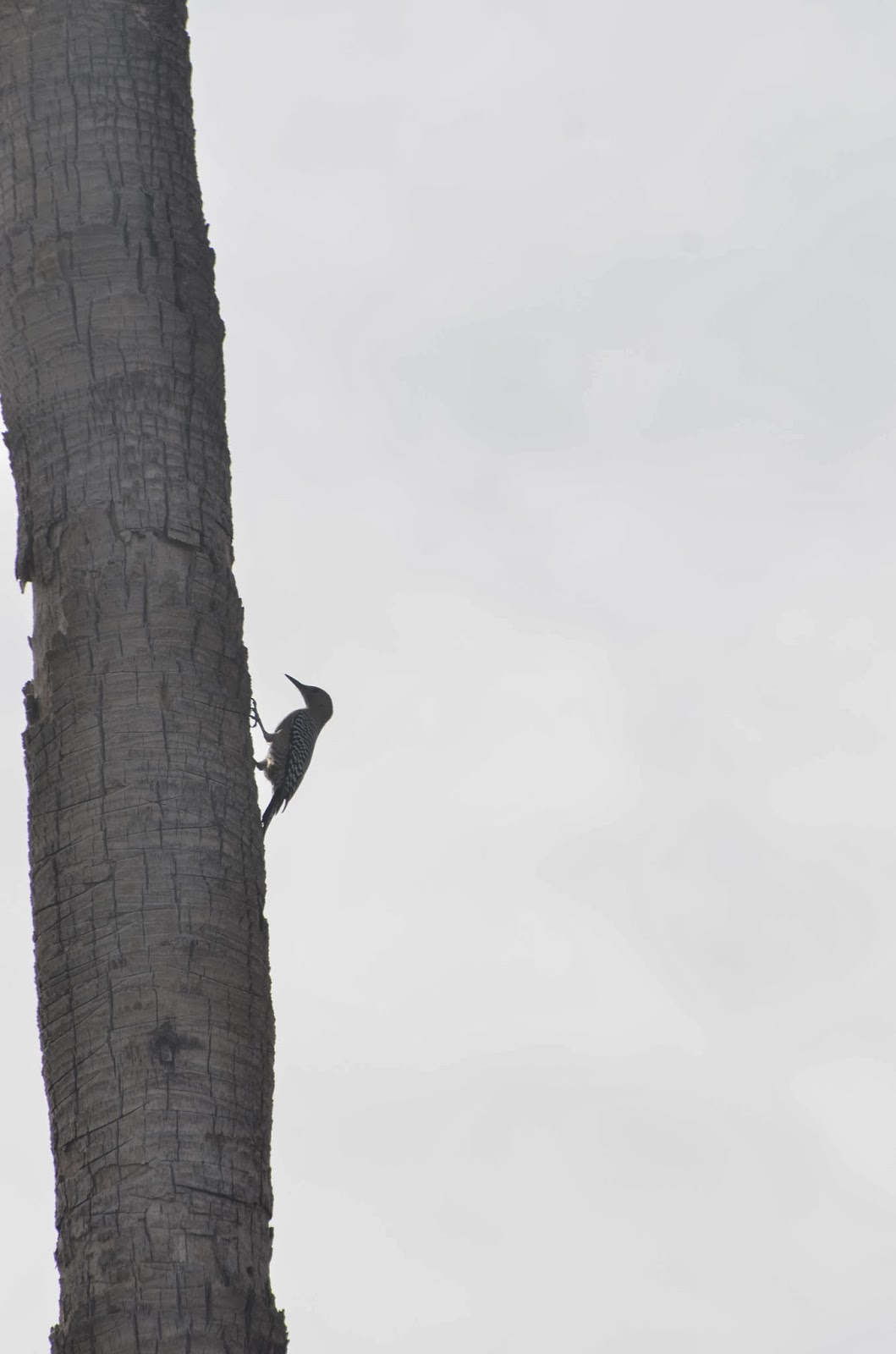 These pictures are not that clear, but I was so excited to see it, I had to post some of them. I'm guessing the palm trees are about 50 feet...

Gilas are native to southern Arizona. They are very active and noisy. They are most seen clinging vertically to trees, cacti, and poles looking for insects. 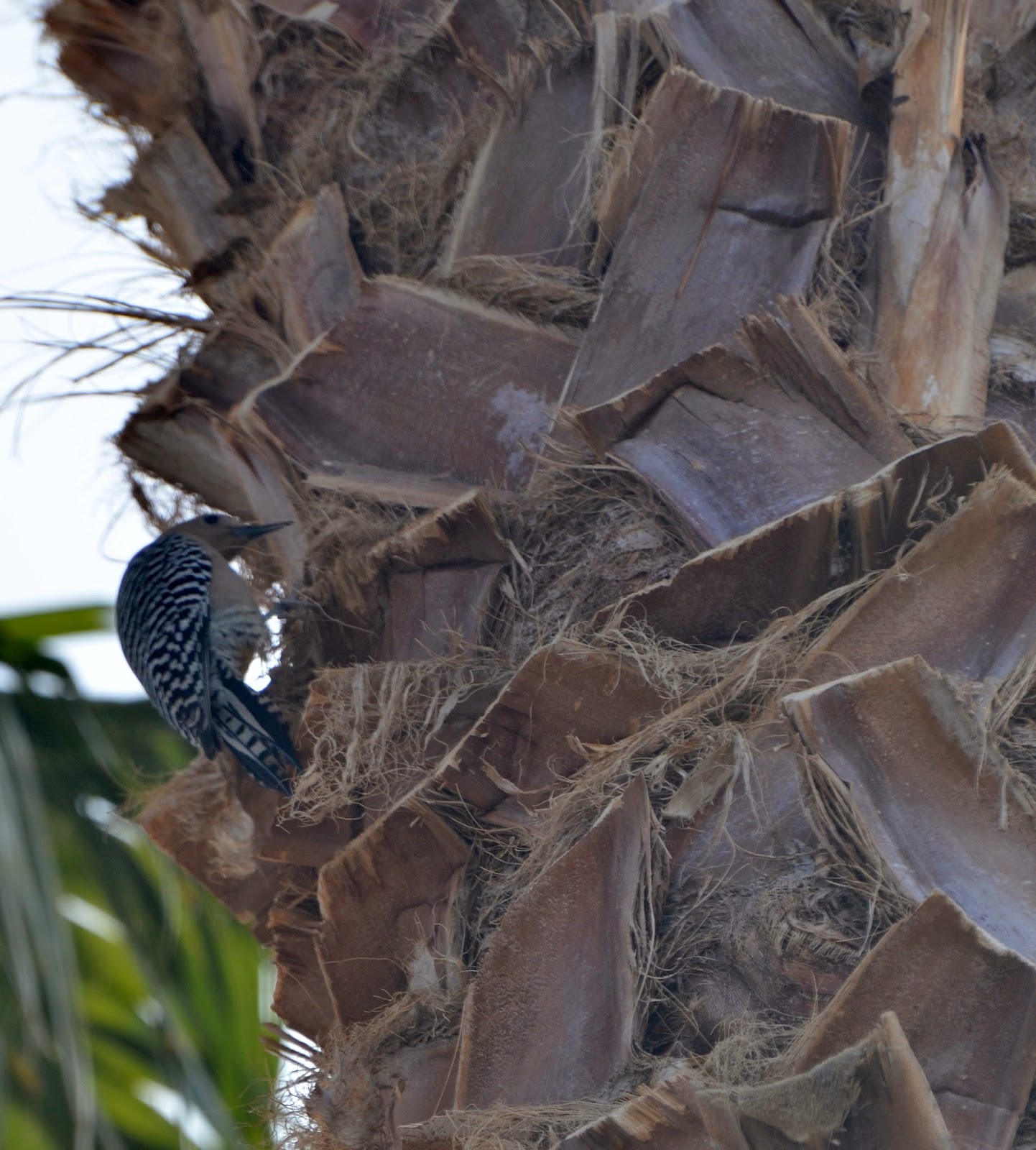 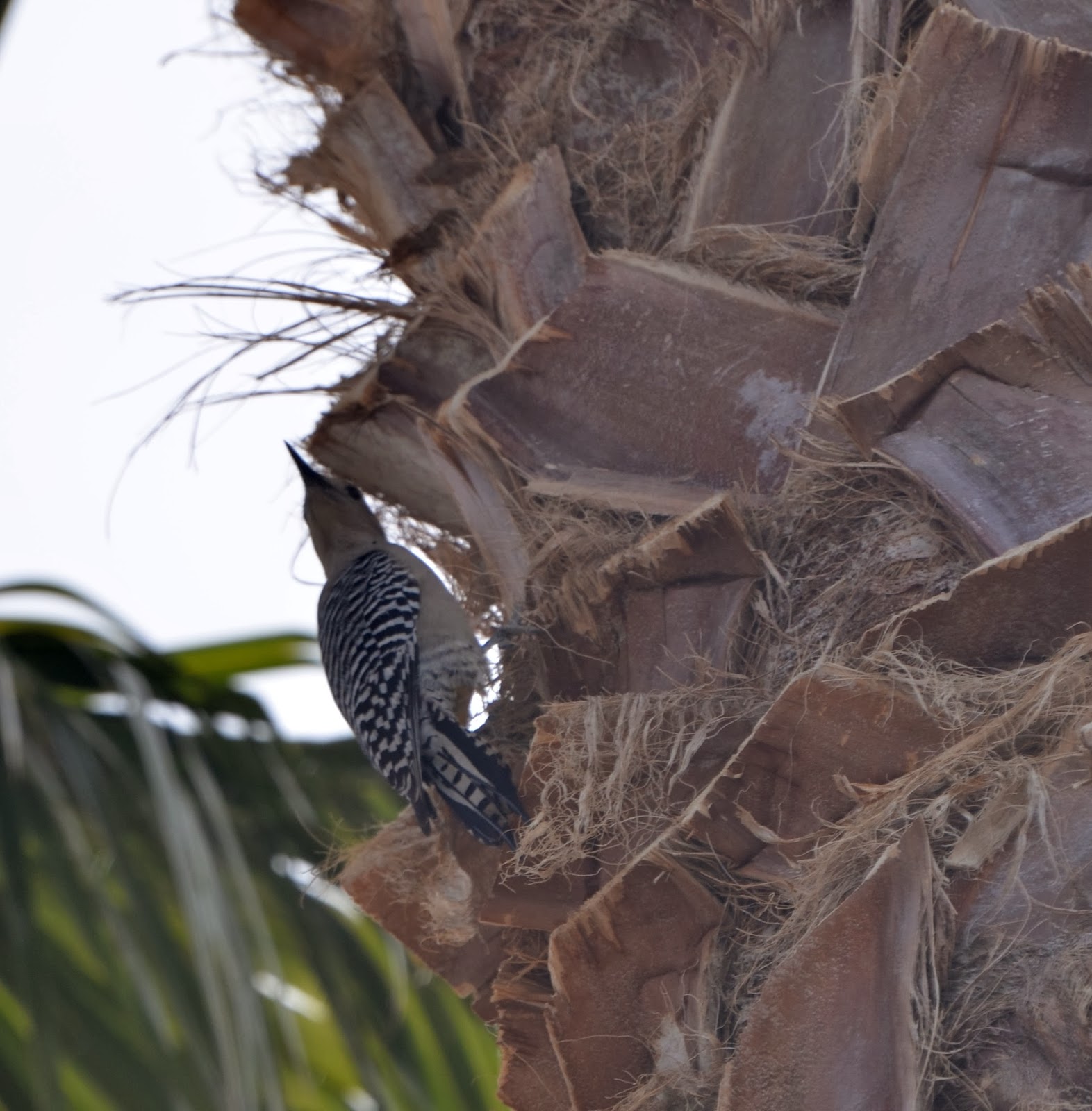 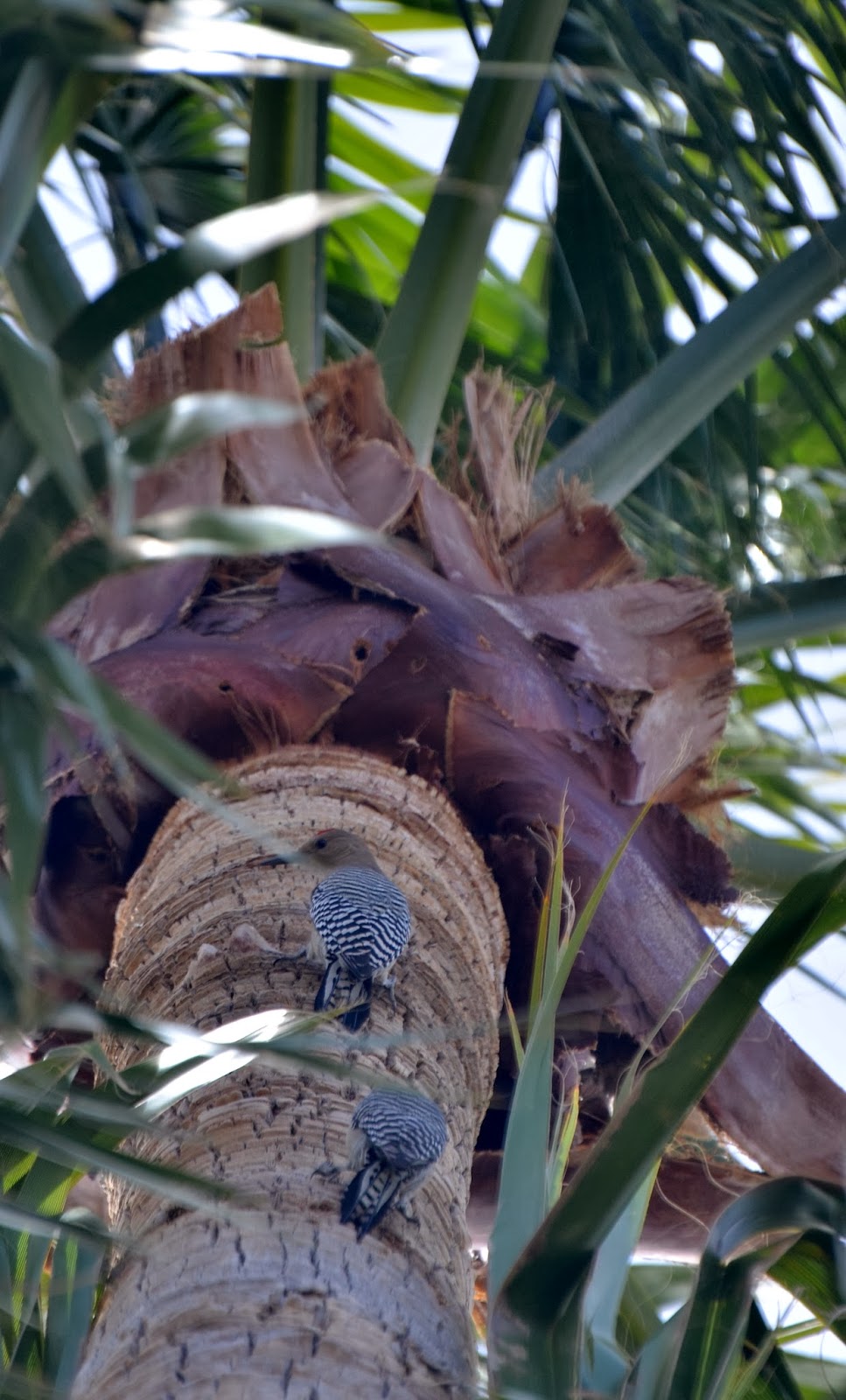 What a nice surprise to find a pair. Only one of these had a red cap. Its also nice to know that the Gila Woodpeckers are known to protect the magnificent Saguaro
Cactus from disease by eating the insects found on the cacti. 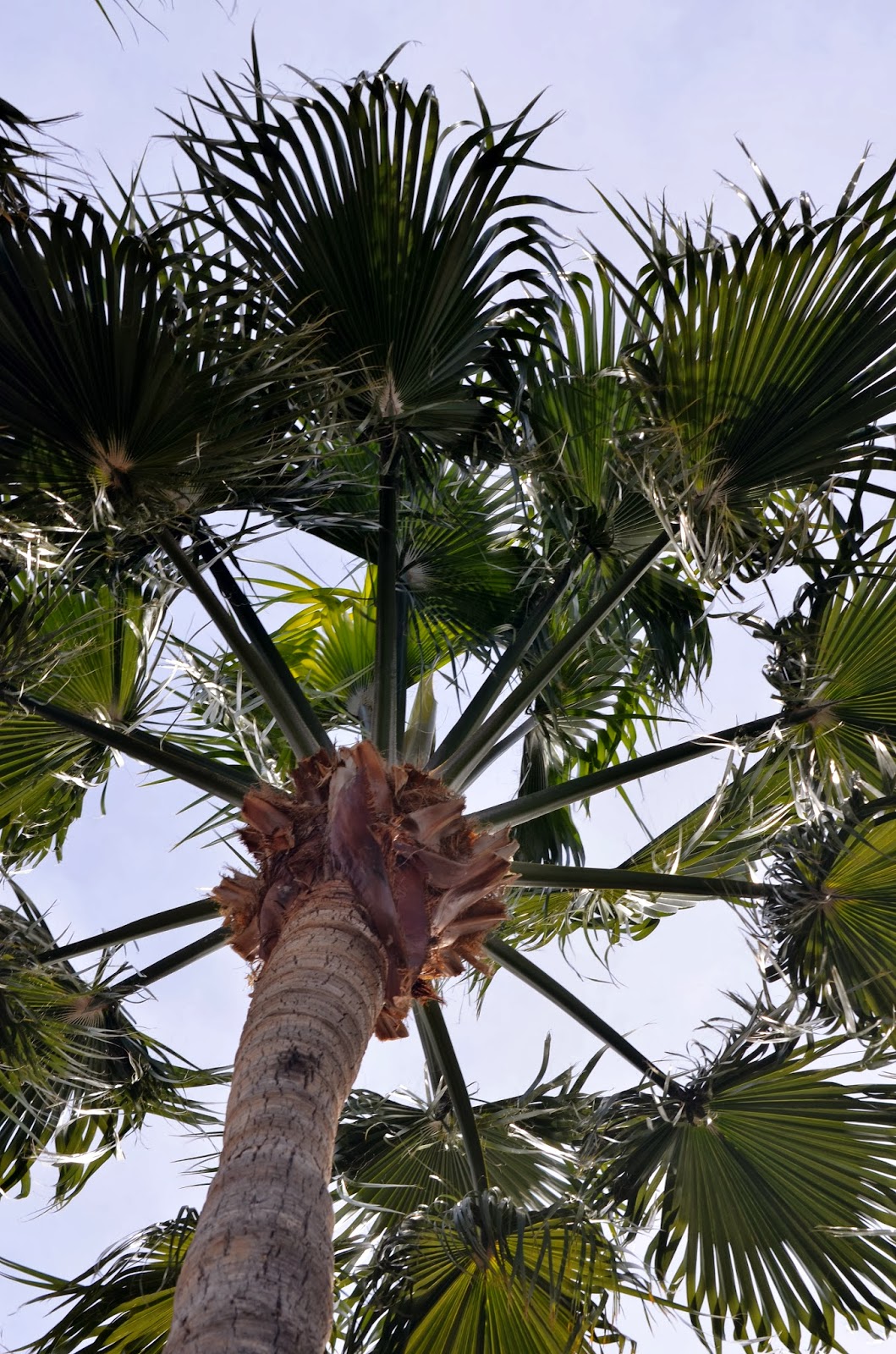 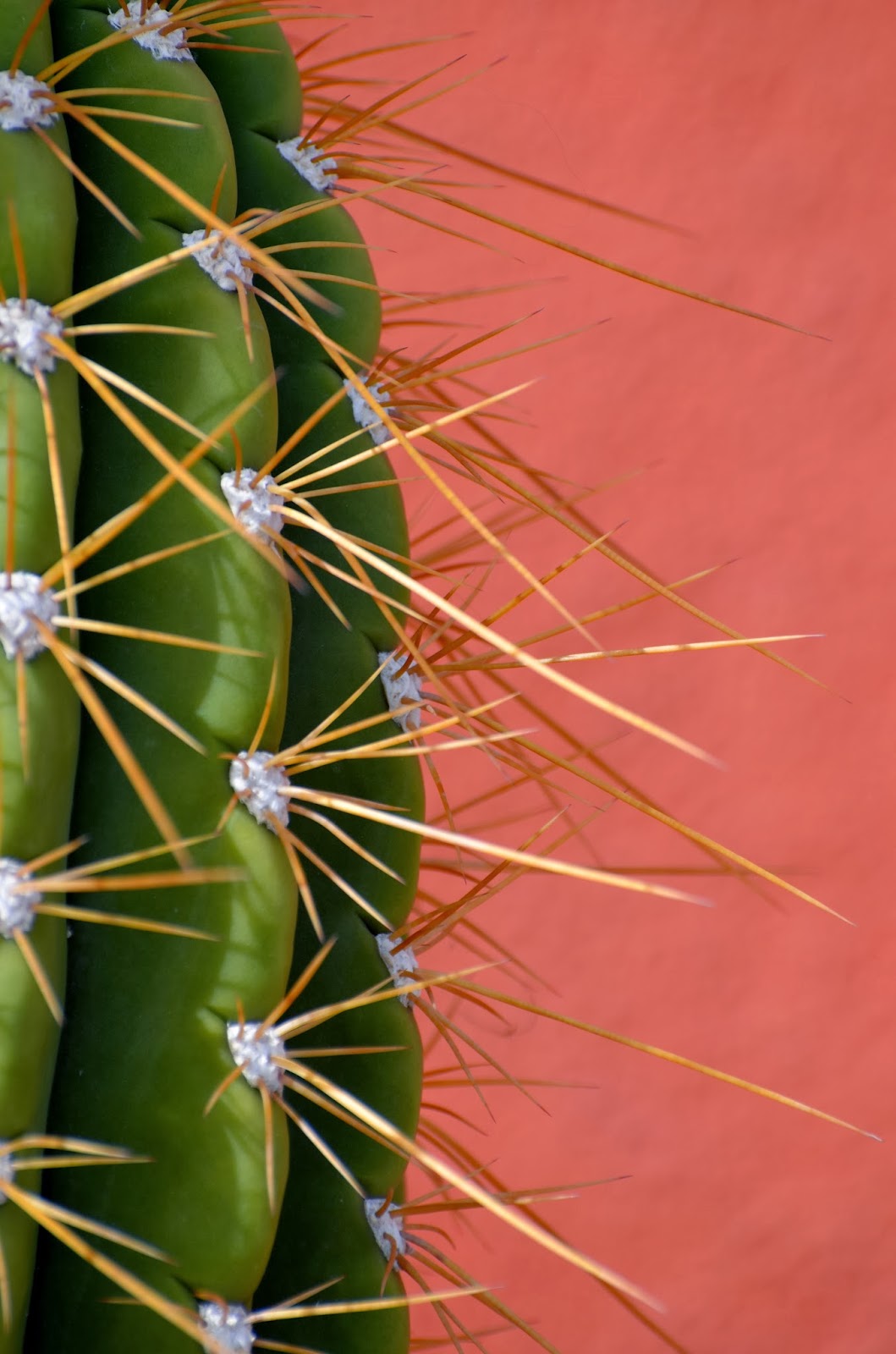 Speaking of cacti, I love them! All kinds! 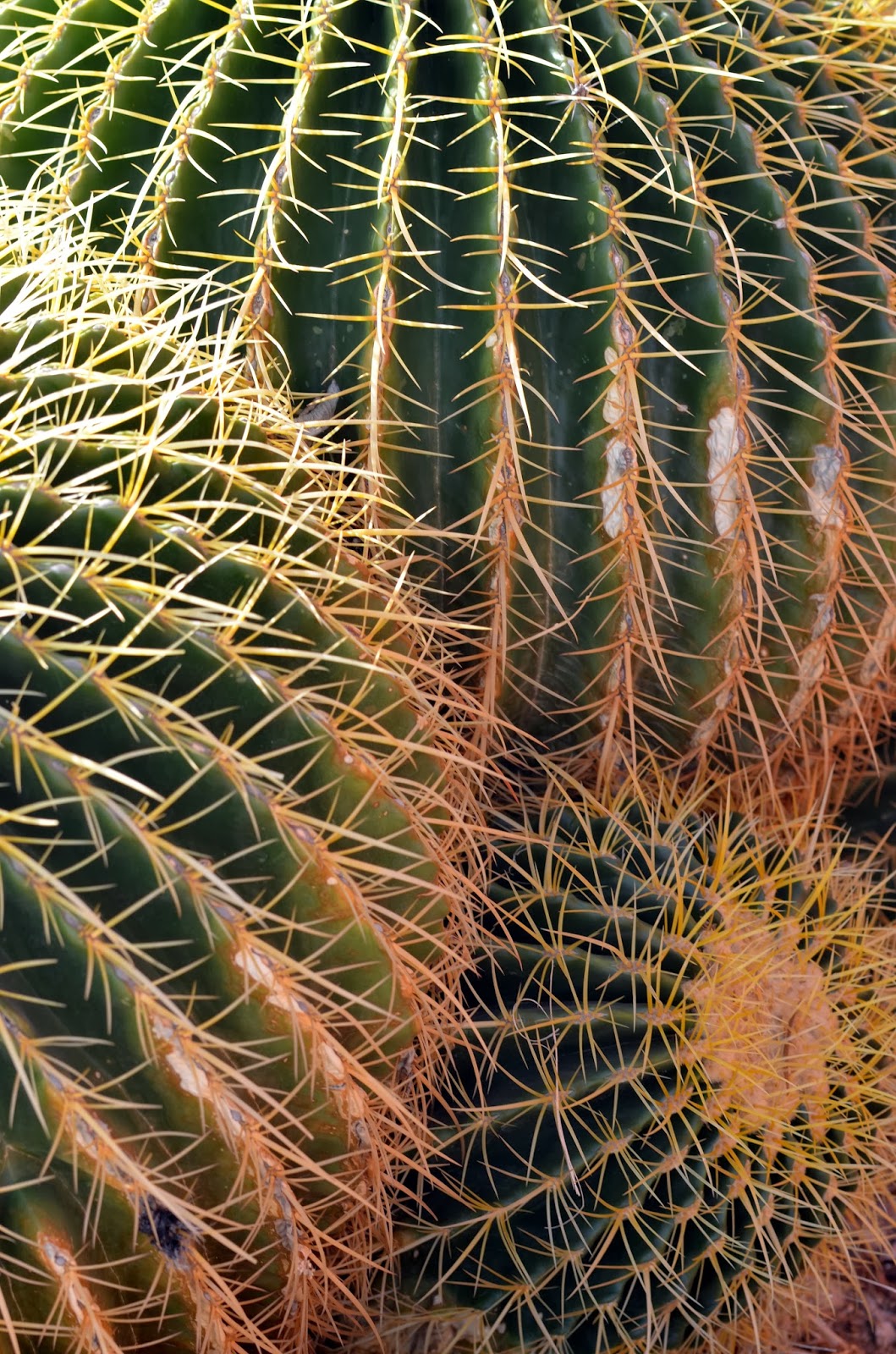 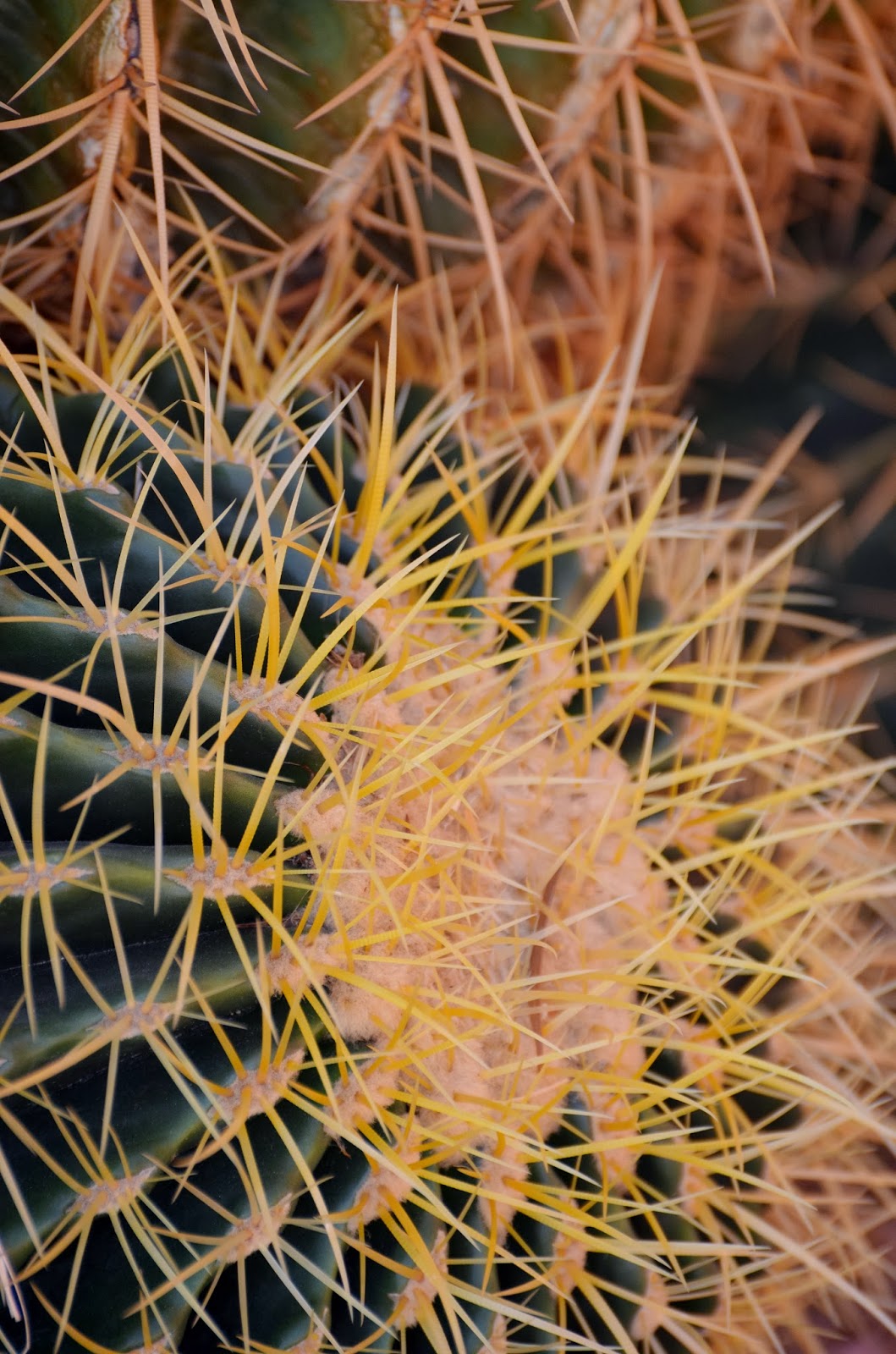 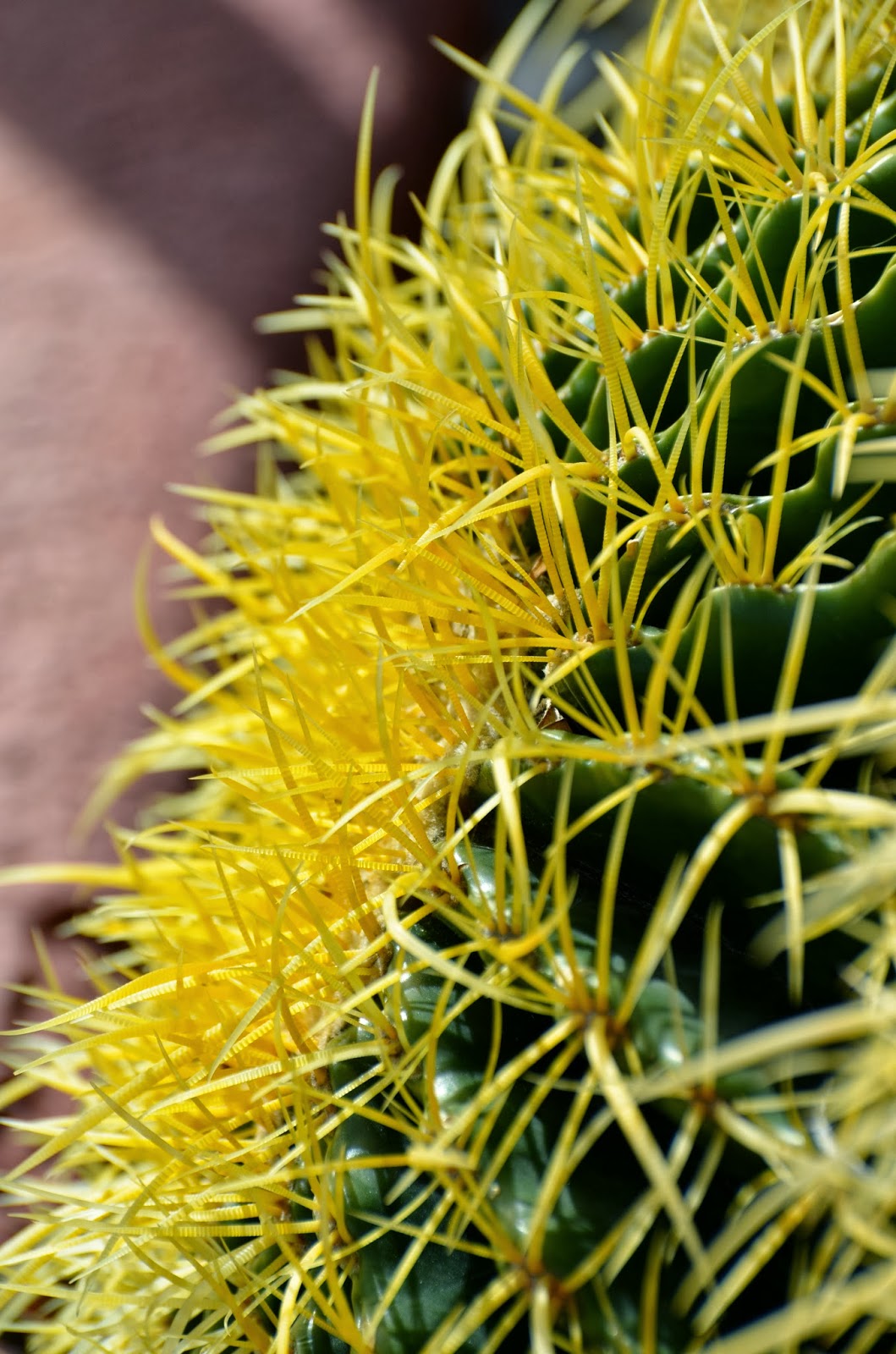 These are the first prickly photos of the year...taken right here in the park! 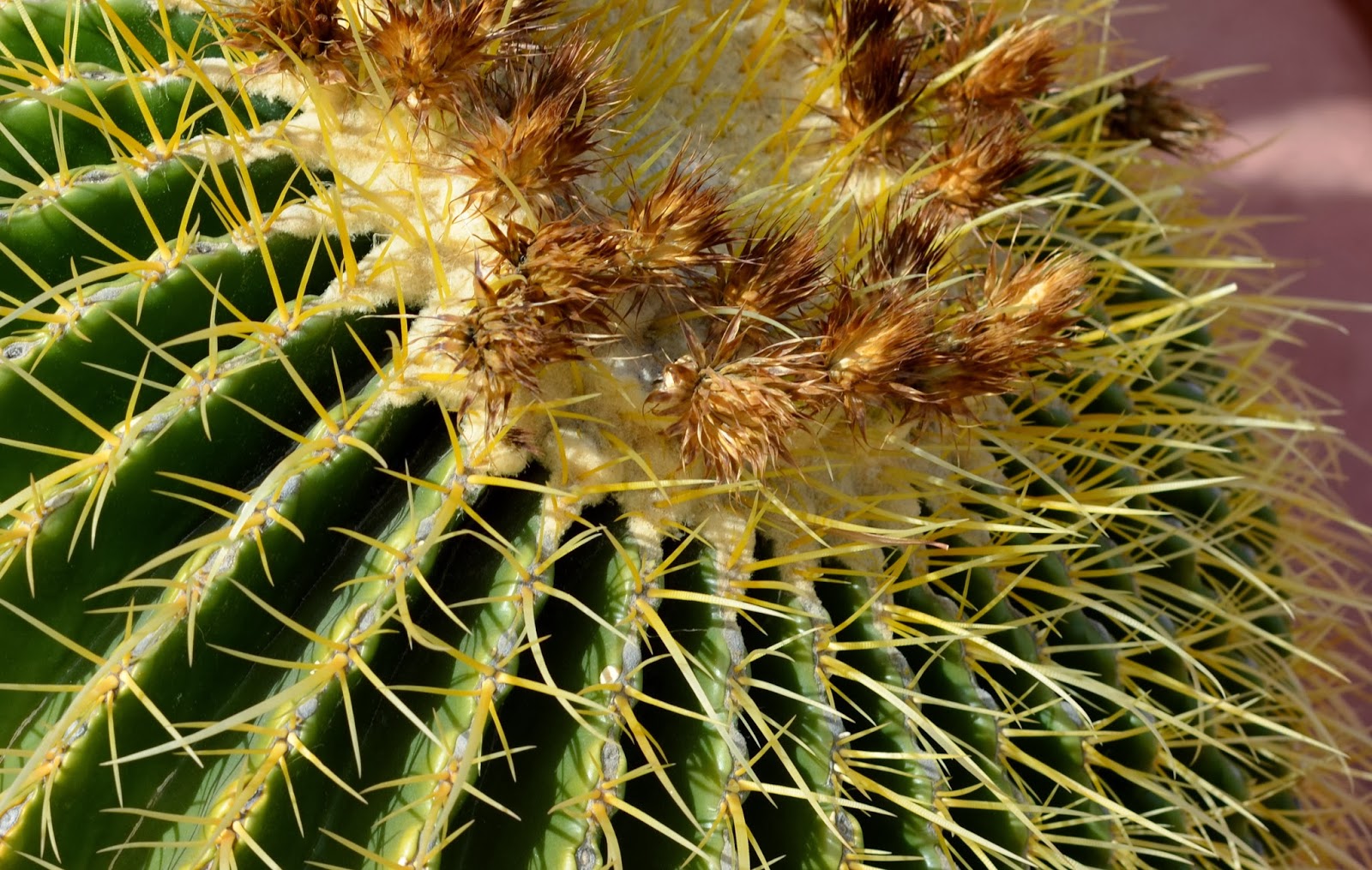 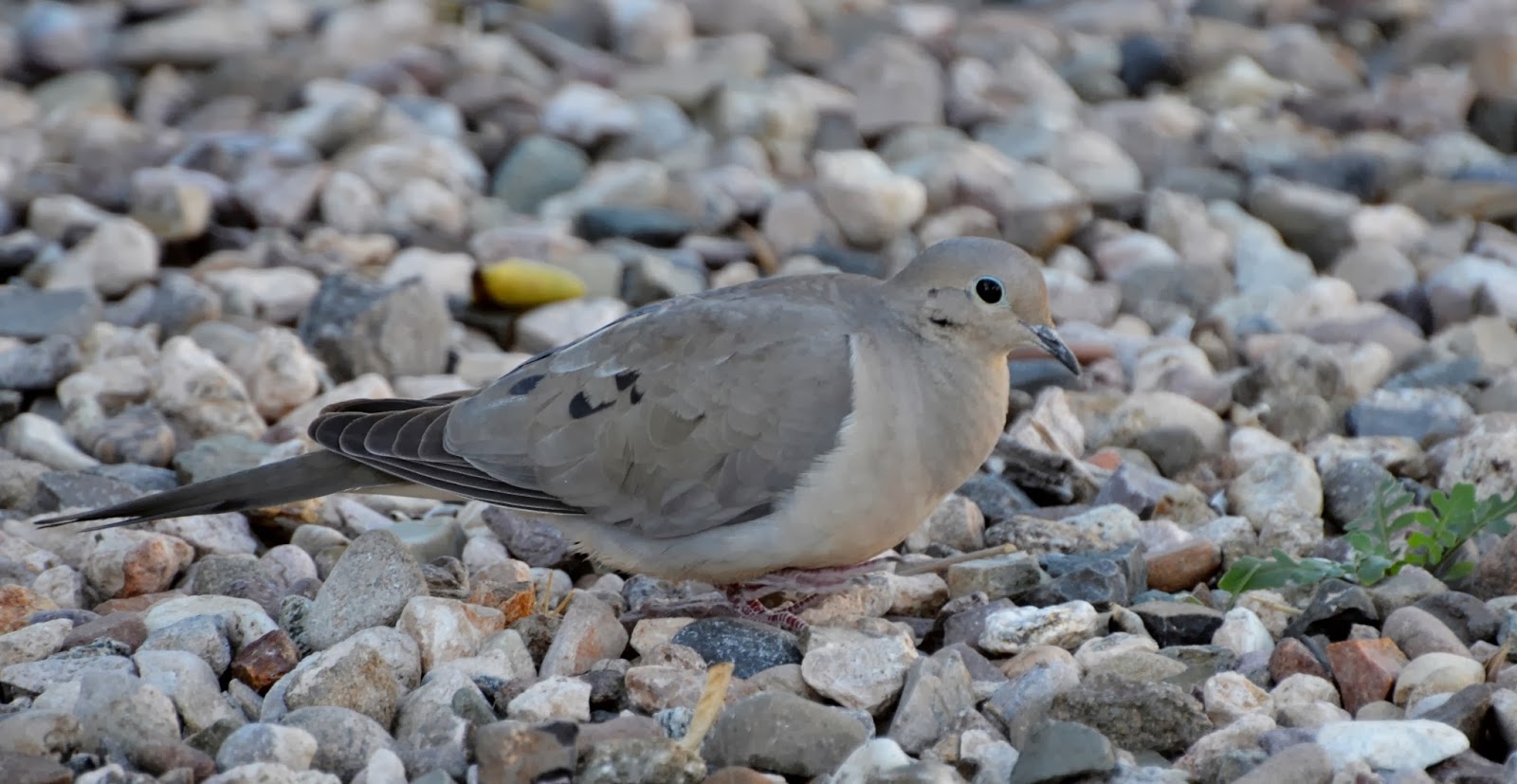 We have enjoyed watching a pair of Morning Doves. Since they eat mostly seeds, they have been pecking away at the gravel beside our home.


Tomorrow is Friday...already. We hope everyone has a great week-end. 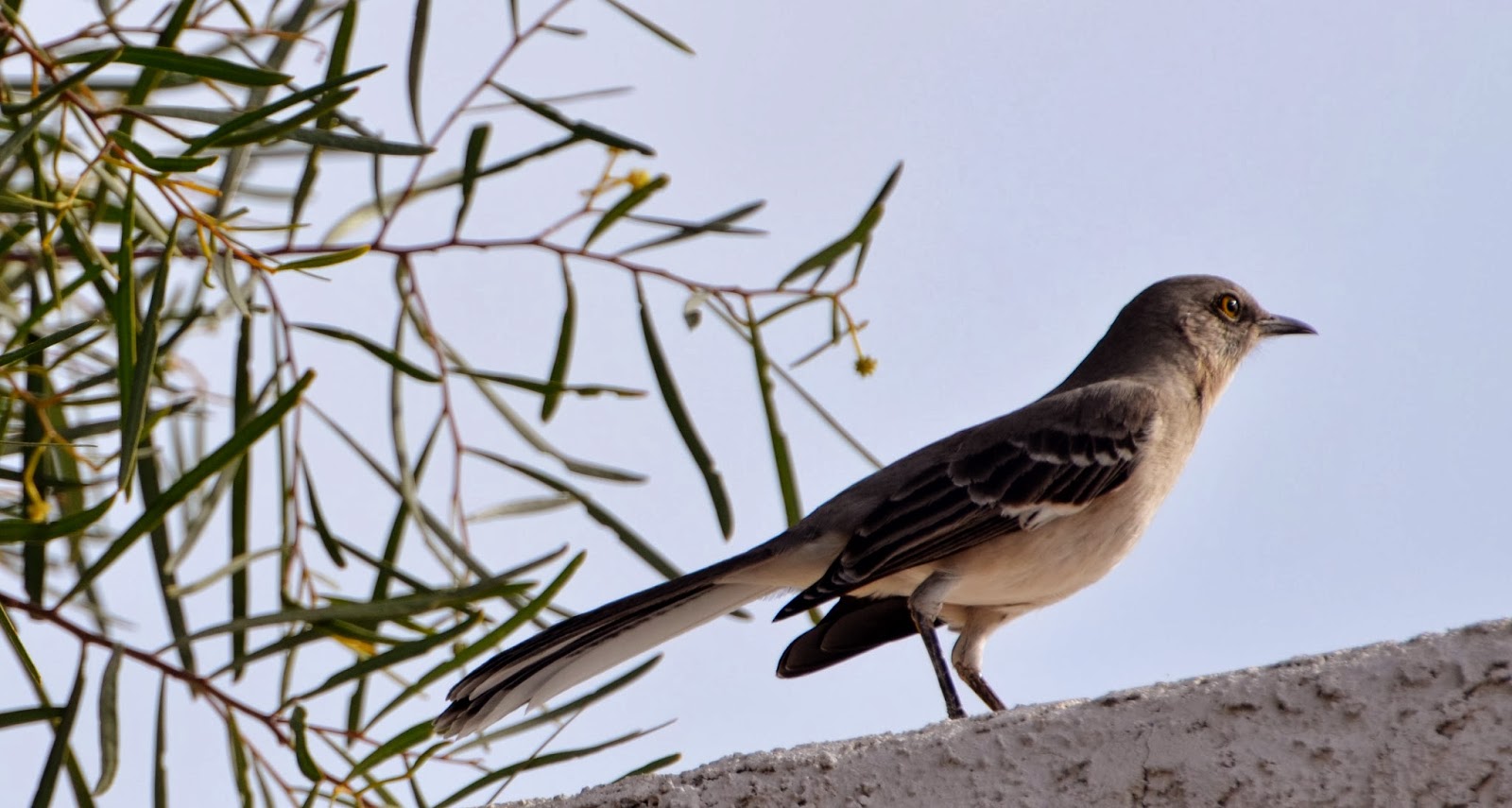 Until next time, take care and... 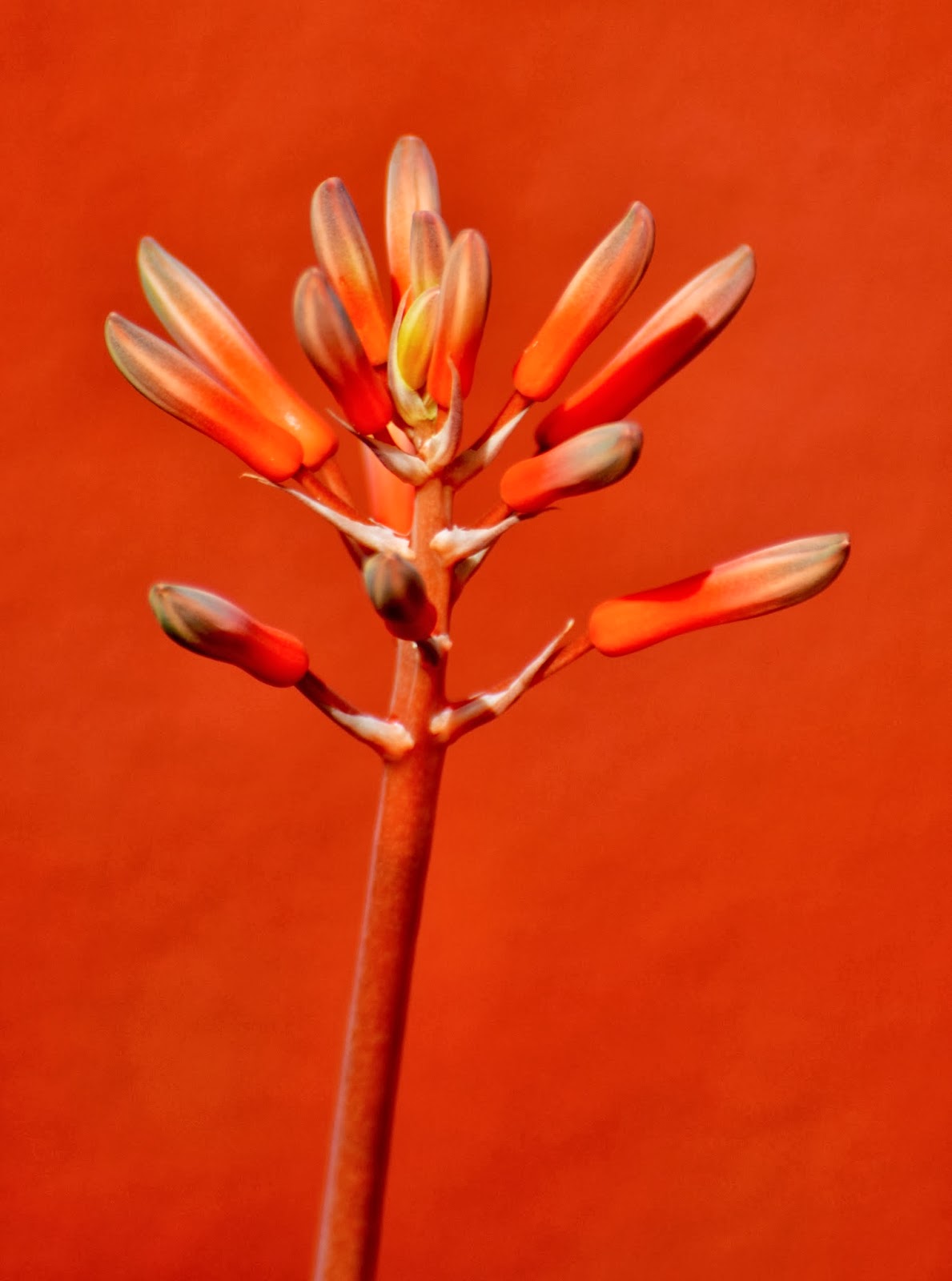 enjoy the beauty all around you. 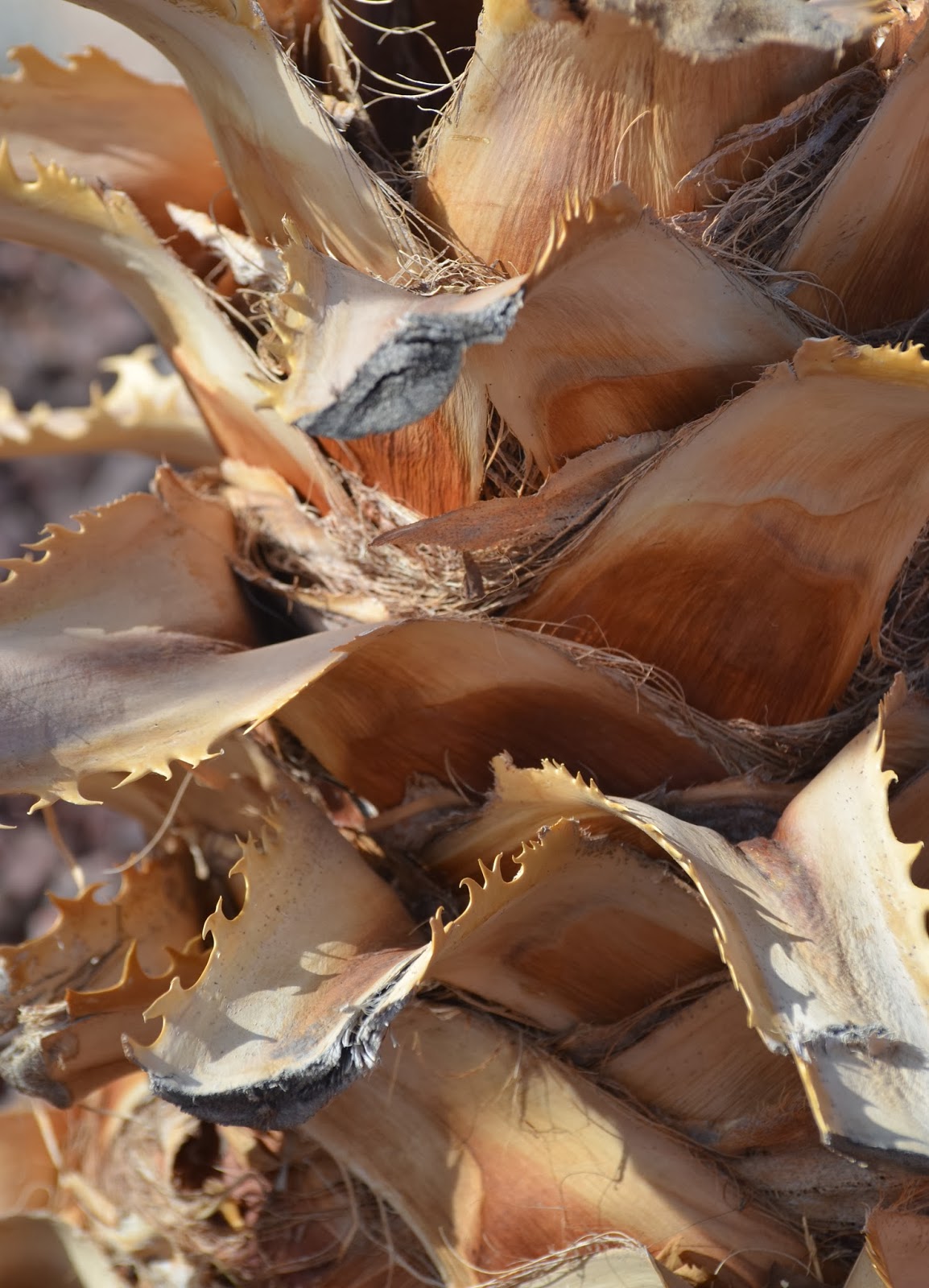 Thanks for dropping by!
Posted by Gay and Joe at 9:05 PM