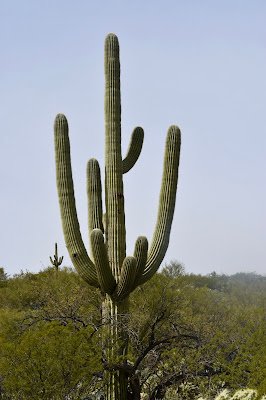 It all started in 1920 when members of the Natural History Society of the University of Arizona first expressed an interest in preserving a stand of the West's most iconic plant species...the saguaro.  The saguaro had  become quite famous from silent western movies.  But it wasn't until March 1,1933 that Herbert Hoover signed a proclamation establishing Saguaro National Monument in the nearly empty desert 15 miles from Tucson.

Finally in the 1950s the Visitor Center opened and important research brought a fuller understanding of the saguaro life cycle by 1970.  Most importantly, at the urging of the people 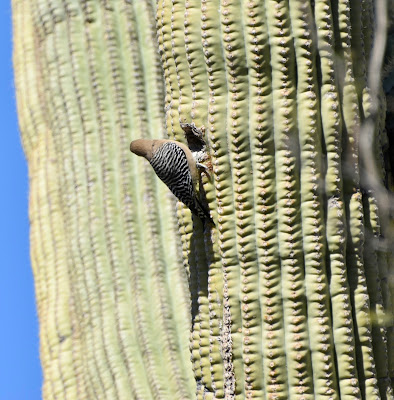 of Tucson and the Secretary of the Interior, President Kennedy added 25 square miles of splendid cactus forrest in the Tucson Mountains to the Monument.  Congress elevated Saguaro to a National Park status in 1994.


Progress was slow in those early days.  Early rangers had to haul water from the center of town,  "cactus rustling" was rampart, and cattle continued to trample young cacti for decades.  Aging of the cactus forrest and lack of regeneration led to a widespread belief that the saguaro were a dying breed...just like the frontier life it symbolized.  Aren't we glad that the steady hard work of early rangers and locals resulted in what is now the Saguaro NP we love and enjoy today ?  We first arrived in Tucson in January of 2013 and shortly drove the loop road in SNP...our first ride through the Cactus Forrest was love at first sight !

We decided last week we would revisit SNP - East.  Its been several years since we did the loop drive and we have not done any exploring on foot.  Why ?  I don't know...maybe because the SNP - West is so much closer.  Anyhow, we fixed that.  We did two hikes...Freeman Homestead and Cactus Forrest to Lime Falls.  The other hike we wanted to do was Loma Verde Loop.  But when we got to the trailhead, the parking lot was full. 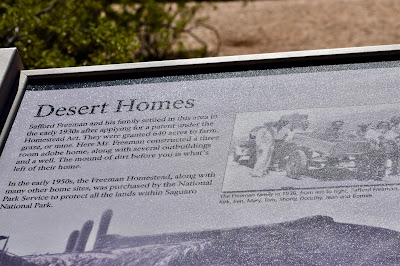 Freeman Homestead Trail is a short walk that takes you to the sight of the old Freeman adobe house with several outbuildings.

I was really looking for birds and much to my delight,  we saw a pair of Gila Woodpeckers having an intense conversation as they fluttered from branch to branch.
Daddy has the red crown patch and was a bit camera shy. 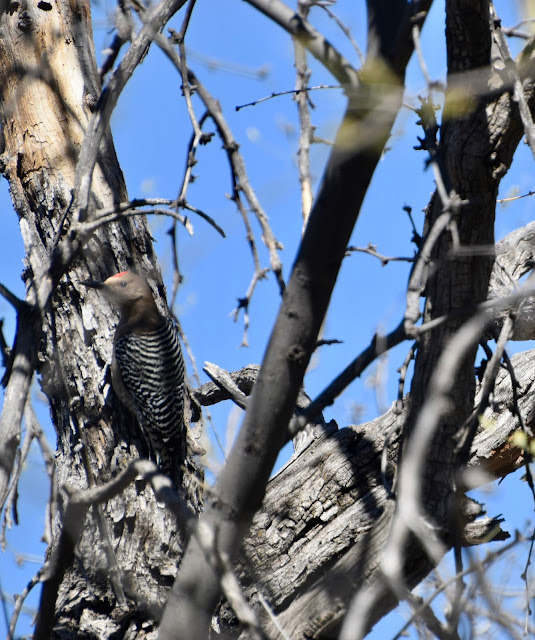 But not mama...she was all over the place ! 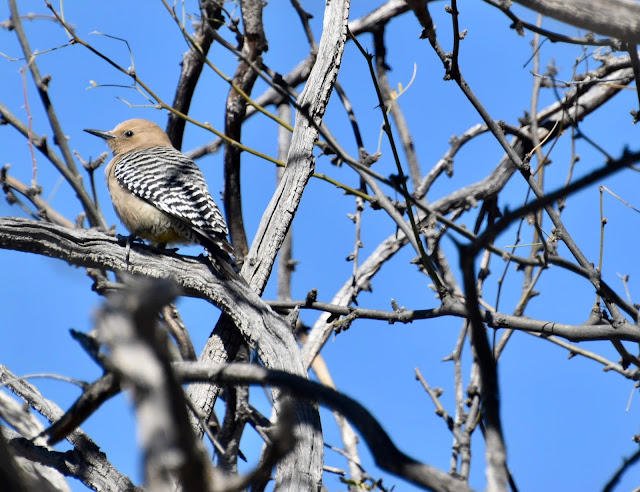 The Cactus Forrest Trail to Lime Falls was an awesome hike.  The entire hike is just under 4 miles, but thanks to the varied terrain and solitude (YES!), it was a "feel good" workout. 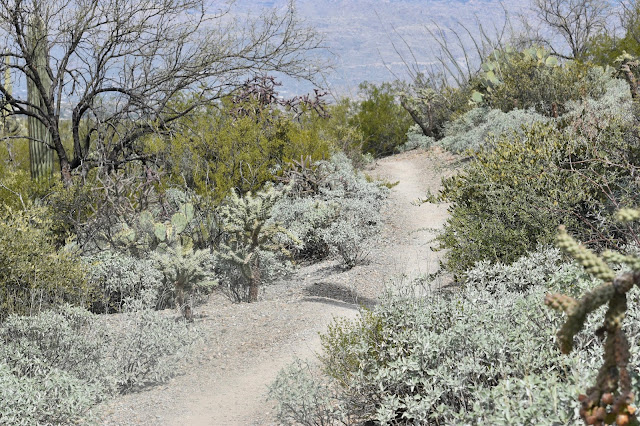 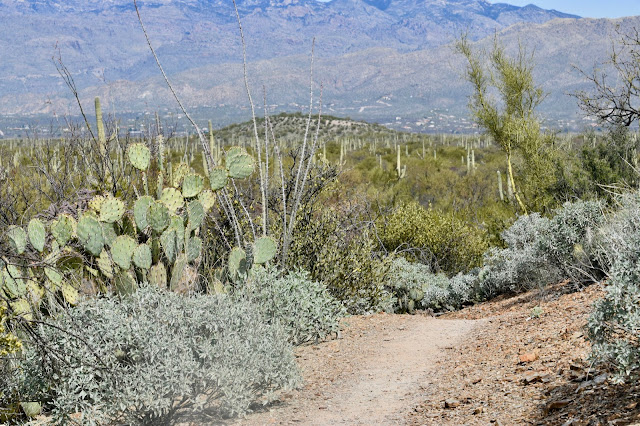 Even though it's still winter, we did see little signs that spring is on it's way.  Buds on the hedgehog... 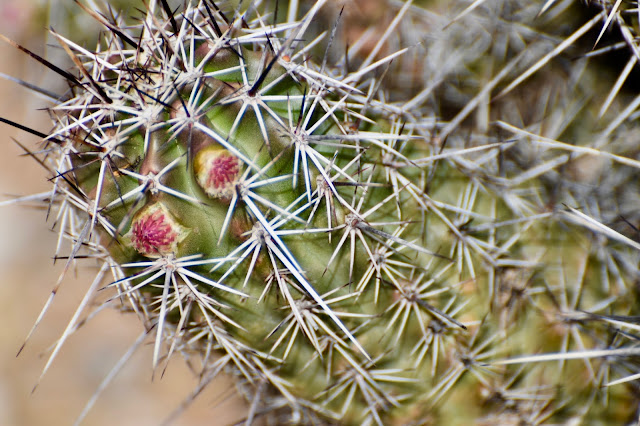 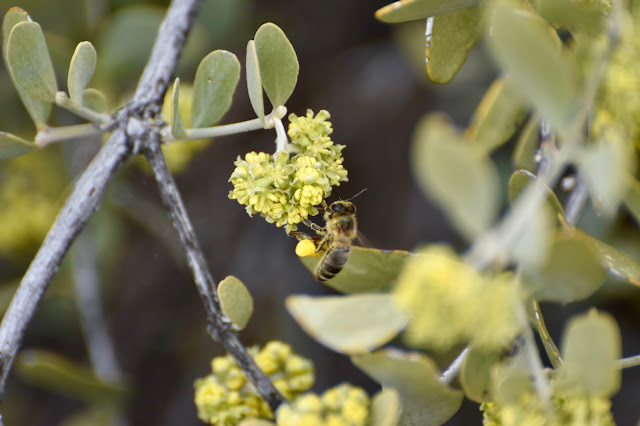 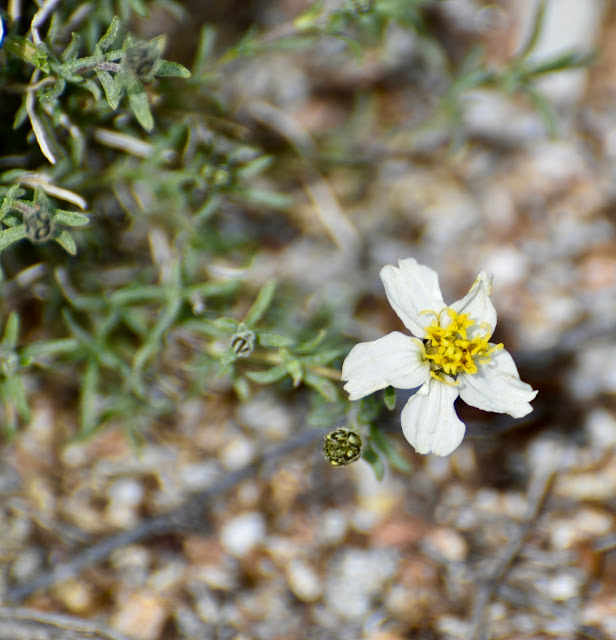 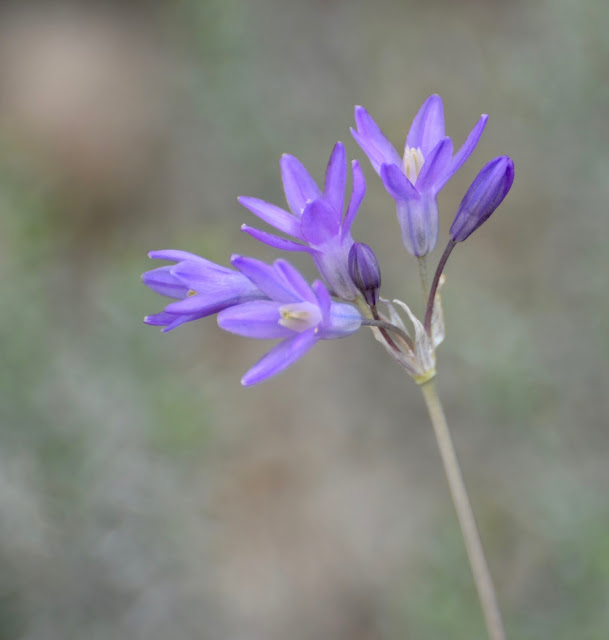 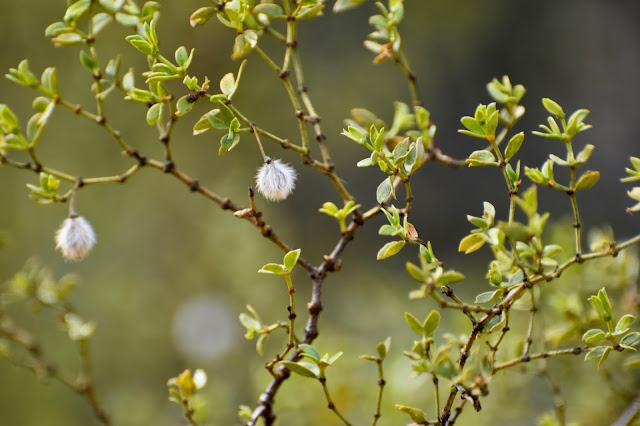 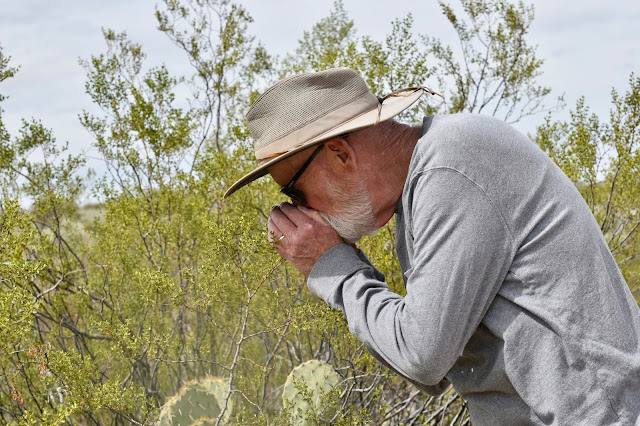 Lime Falls was dry, but still worth the trip.  The silvery colored limestone adds a bit of interest to the desert. The falls... 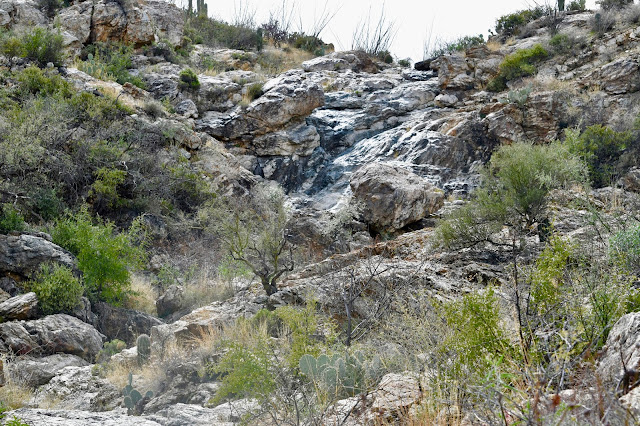 and the wash we walked through to get to the trail. 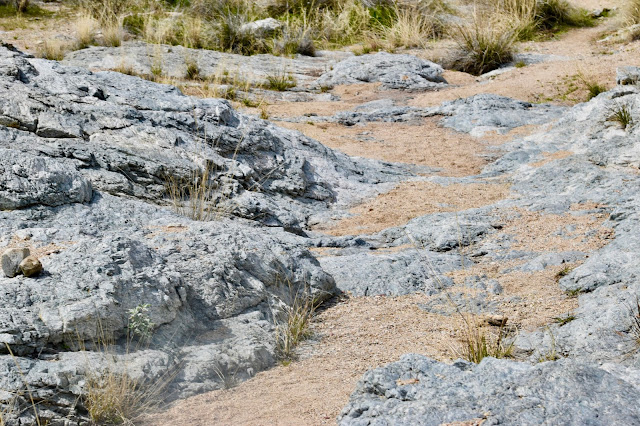 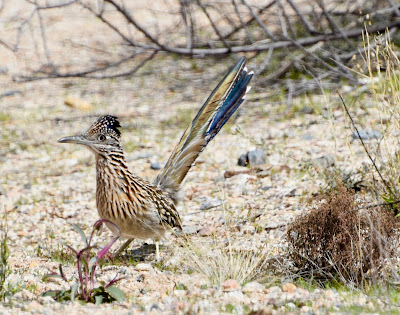 Joe spotted a roadrunner.  He is really good at that !

Mostly we just enjoyed the day and the quiet ! 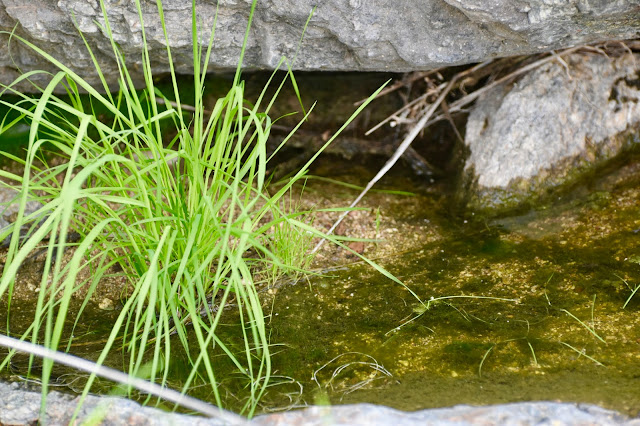 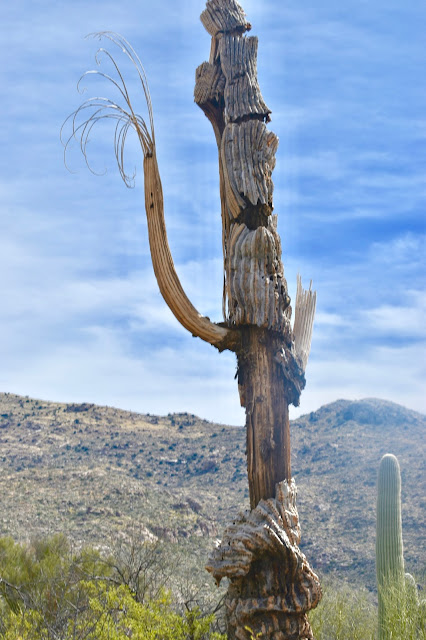 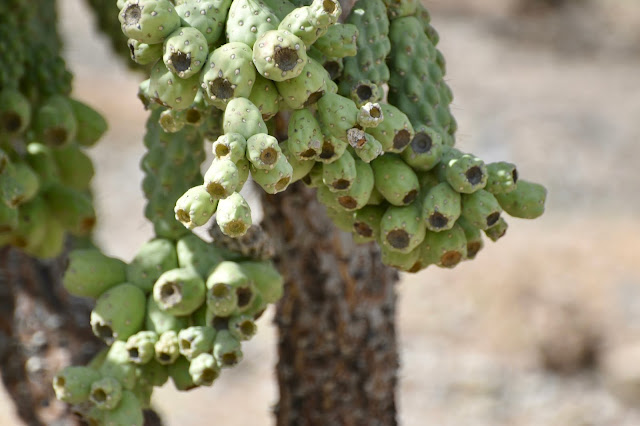 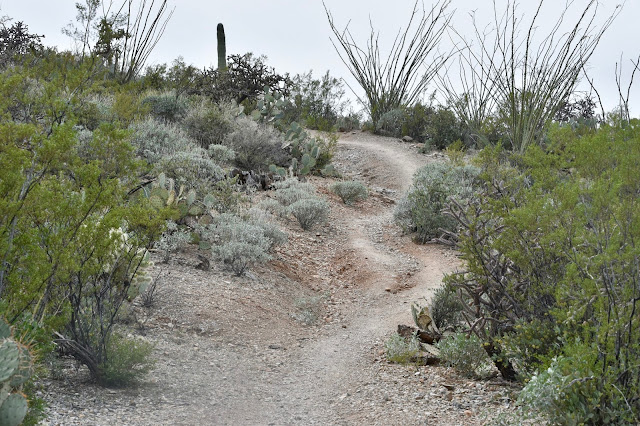 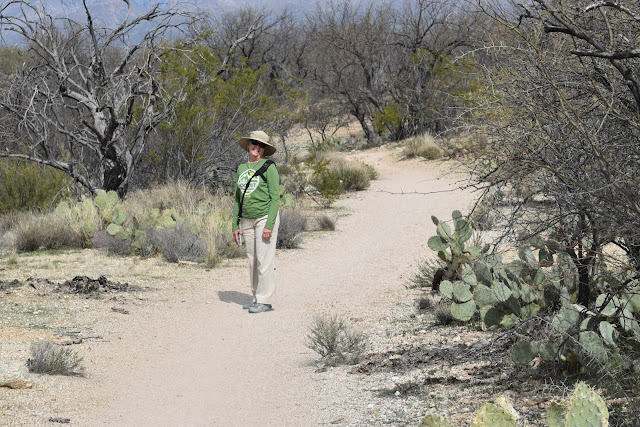 So until next time... 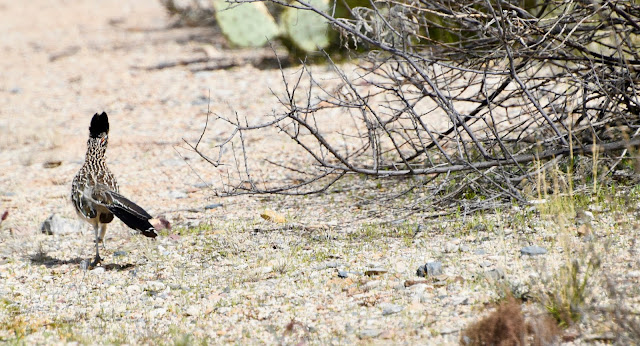