Port A (I do sound like a local, right?) is often referred to as the "gateway to Olympic National Park".

Or you might hear it referred to as Historic Port Angeles "Where the Mountains Meet the Sea" as it is bordered by the snow-capped Olympic Mt. Range on the south and the Strait of Juan de Fuca on the north. 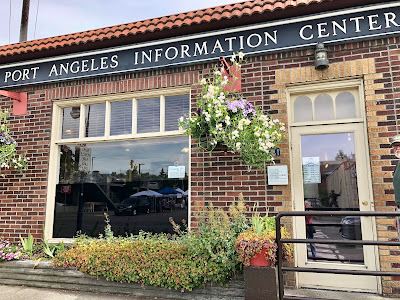 Both are fitting and well represent this great small town on the Olympic Peninsula. 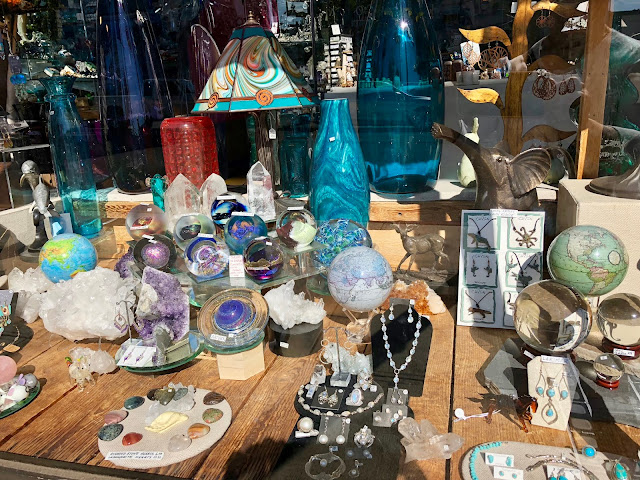 Several murals spread throughout the downtown area help tie modern day Port A to its past.  The city we now call Port Angeles began as a small outpost and logging town early in the 19th century.  By 1912, it was home to the world's largest sawmill. The mural below depicts Port A at the beginning of the 20th century. 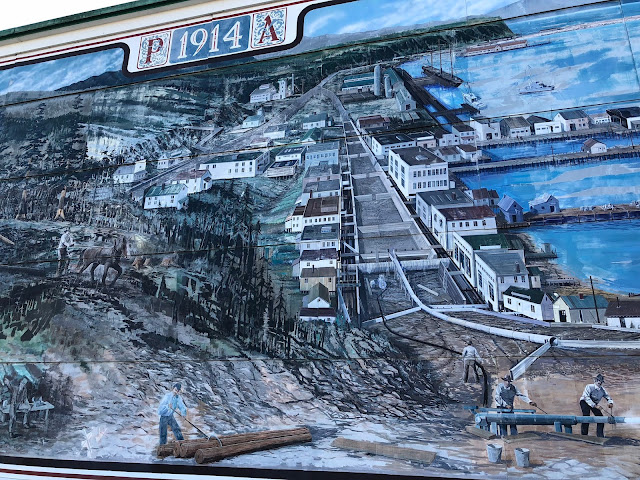 Another interesting mural depicts the historic Kalakala (translated means "Flying Bird") ferry. It  was the talk of America in the 1930s.  This sleek futuristic vessel sailed for 32 years and an estimated 30 million passengers  rode the luxurious ship during its lifetime.  It not only served as a ferry, but was also used heavily in WW ll to transport workers, vehicles and supplies...mostly to and from the Bremerton Navy shipyards. 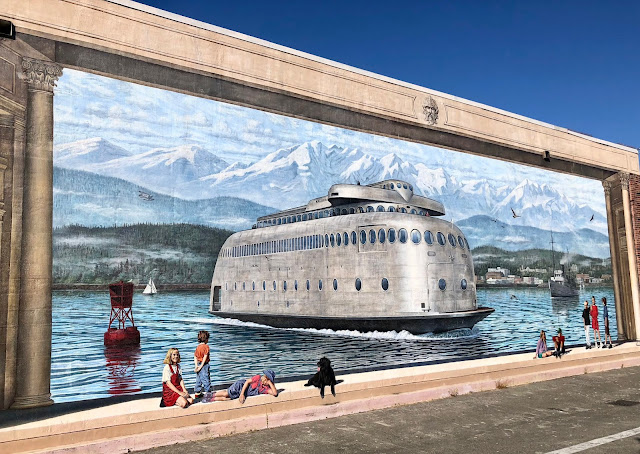 The Conrad Dyar Memorial Fountain is a favorite downtown park to visit.  The 10'X20' mural, "Olympic Visions", serves as a beautiful backdrop for the fountain. 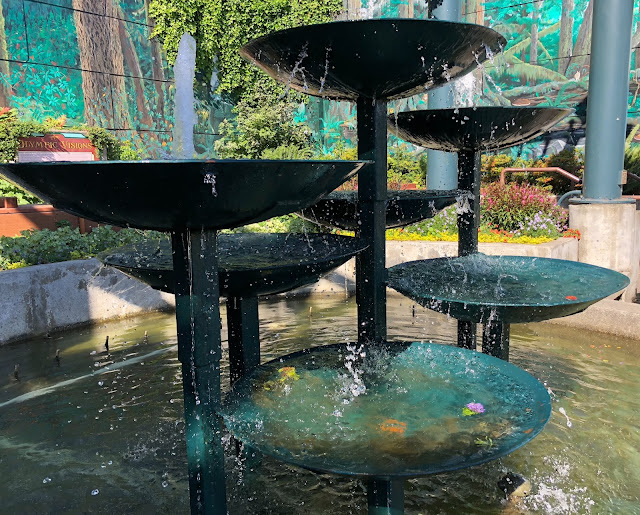 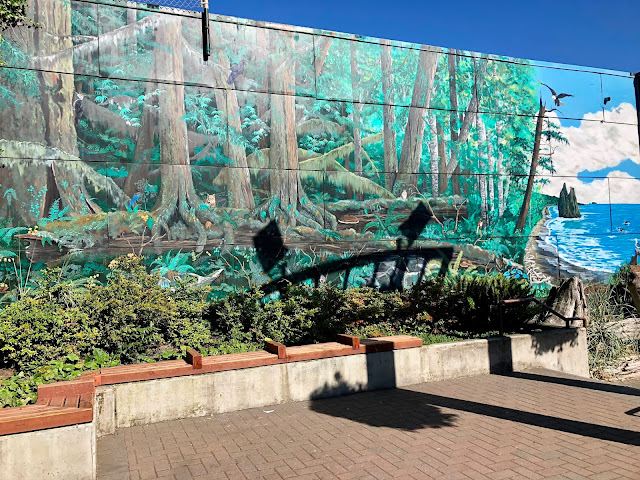 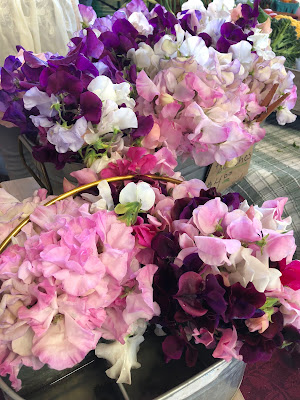 Saturday mornings in Port A is Farmers Market Day with local veggies, homemade breads and pies, a few crafty things, and garden flowers.

My favorite purchase was a bunch of Sweet Peas ! 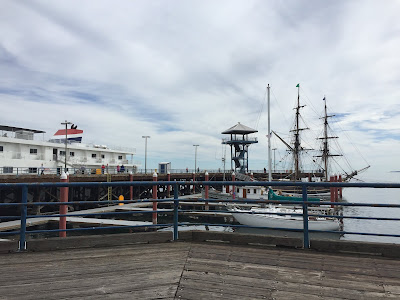 The City Pier is located on the waterfront in the heart of town.  It makes for a nice walk and the 4-story look-out at the end of the pier offers a great view of the Strait and town. 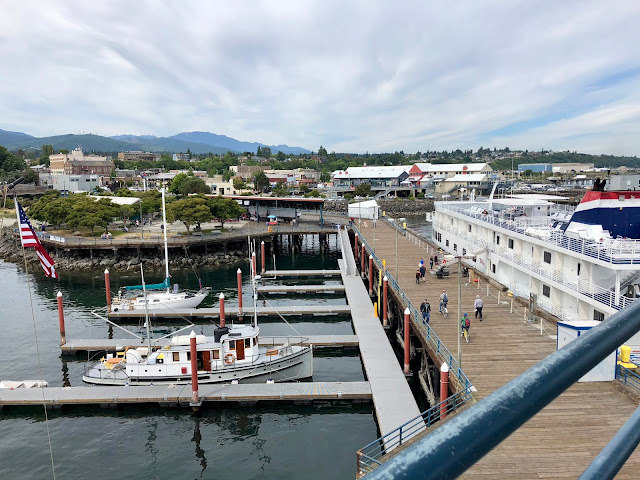 Lots of friendly folks live and work in Port A... smiling faces eager to help and eager to share their community.  Downtown Port A is clean and neat with lots of free, easy parking.  The charm of this small town might very well be because the people who live there take great pride in their downtown neighborhood.  The appeal of Port A is the amazing weather we experienced during our month stay.  It is hard to beat mid 70s daytime highs and mid 50s nighttime lows in July !  And, being the gateway to Olympic NP and the town where the mountains meet the sea, there is no lack of fun things to do and explore.  Would I go back? YES ! 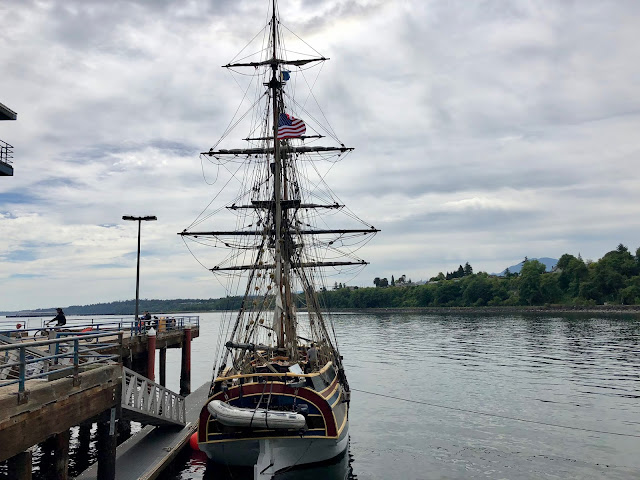 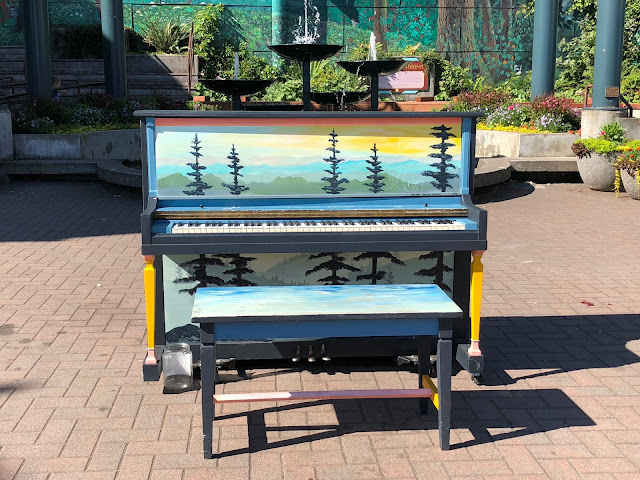 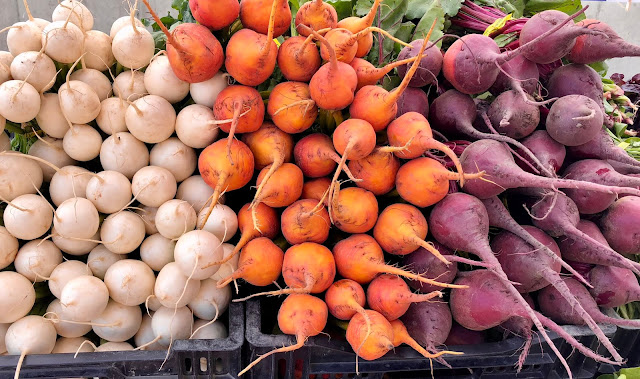 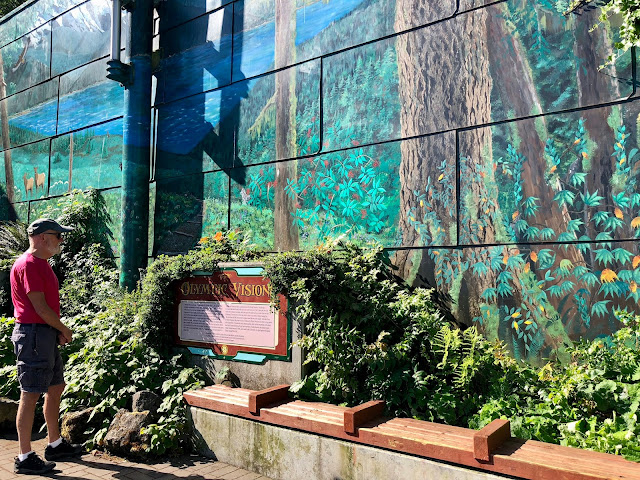 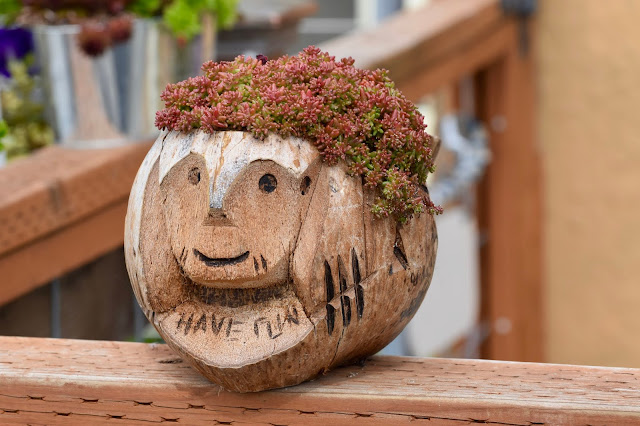 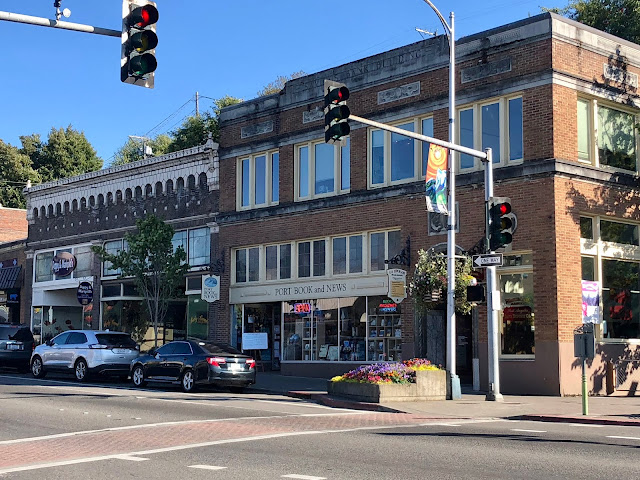 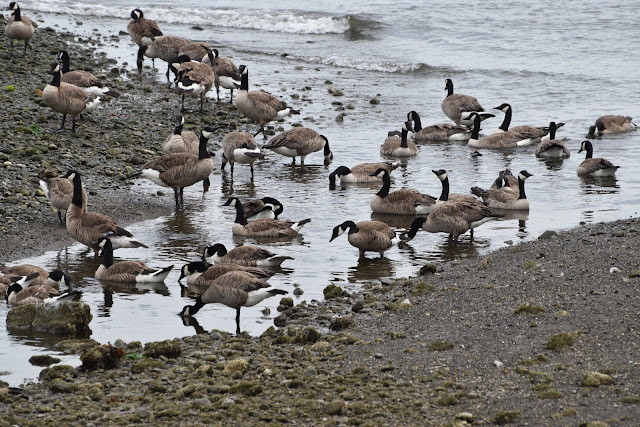 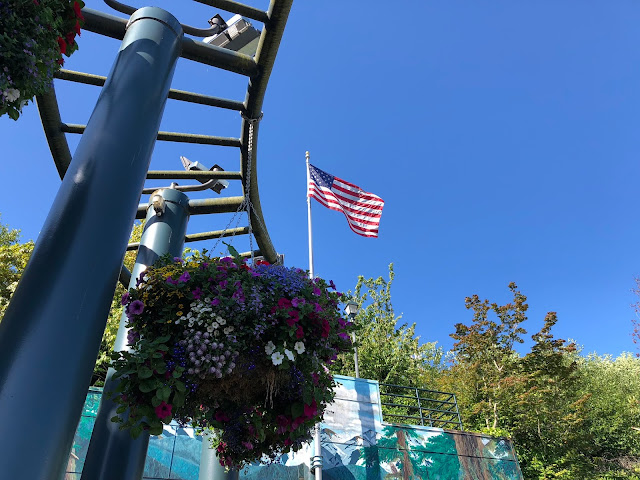 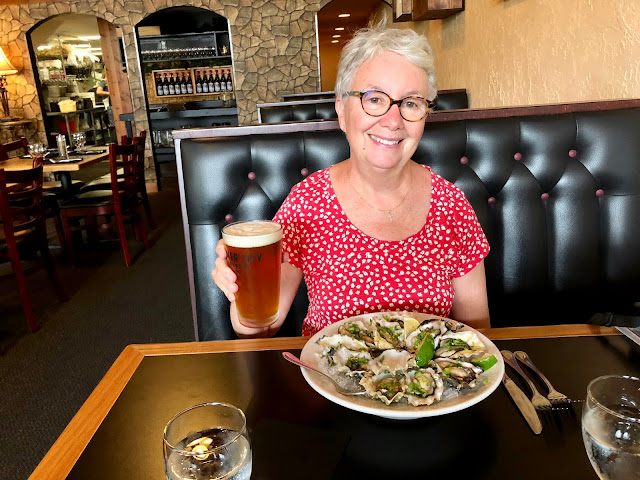 Up next, a small town located in the Olympic Rain Shadow.
Posted by Gay and Joe at 11:12 AM