We had a nice early morning walk on the 22nd. 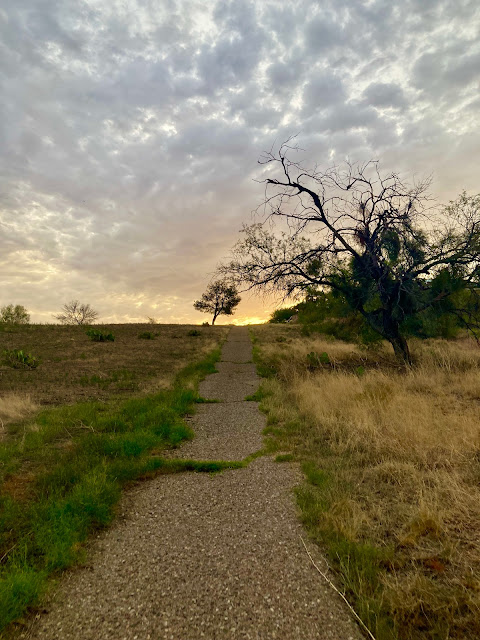 We enjoyed a rainbow... 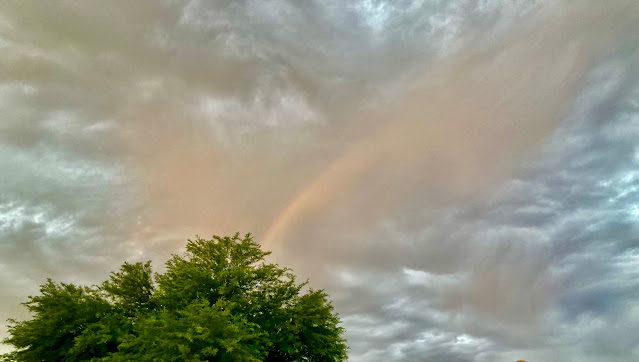 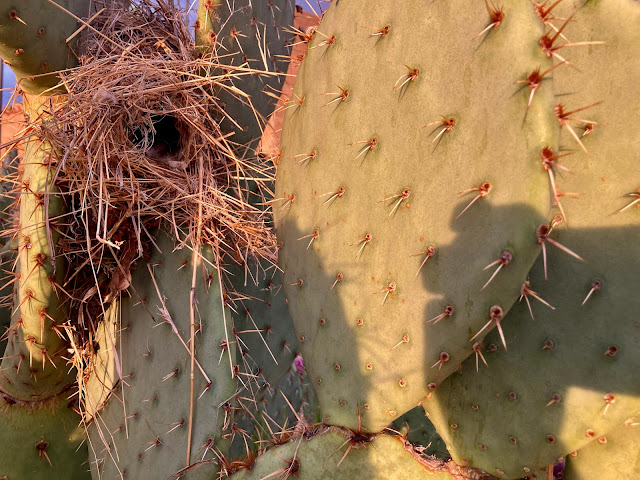 and were delighted to spot this little guy. 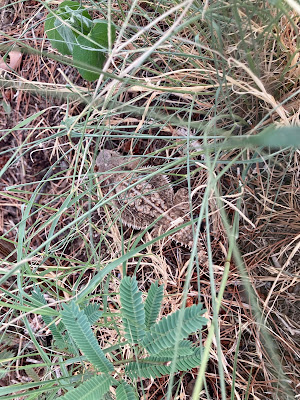 Regal Horned Toad Lizards live in the Sonoran Desert, but can also be found in other hot and dry regions like forests, grasslands, and rocky areas. They are solitary reptiles that prefer company only during breeding season (April - July).  They have sticky tongues and can gobble up 25+ ants, which is their favorite thing to eat, at one sitting.

And if camouflaging themselves doesn't work against a predator, they can squirt blood as far as 3.9 ft from their eyes. 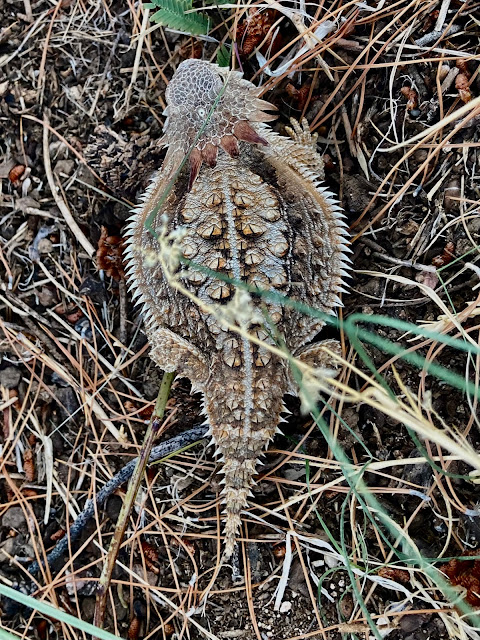 Monday and Tuesday Joe had three MOHs surgeries...one of them on his shin so walking will be "on hold" for a couple of weeks untill the stitches come out.  That means we can enjoy extra coffee and time on the patio.  We have seen coyotes three mornings this week.  I took the photos below one of those morning. 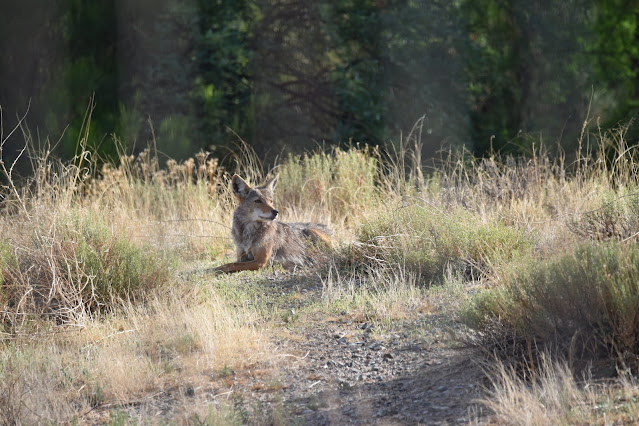 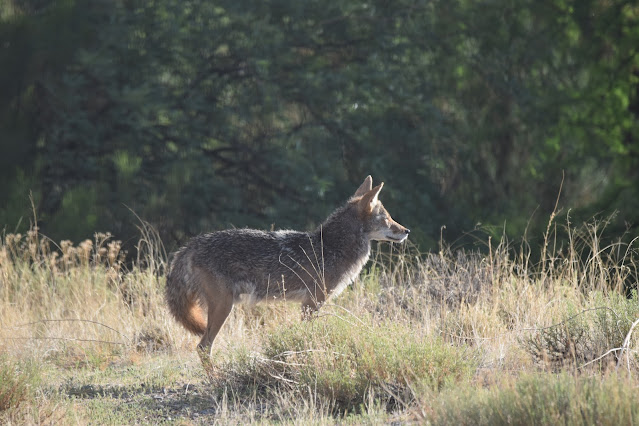 On another morning, Joe and I laughed out loud as three pups (about 3 months old) and a mom or dad (not sure which as they both share in raising, protecting and teaching the pups) was trying really hard to teach some life lessons...mainly hunting.  The pups were having way too much fun running, hopping over bushes and chasing each other to pay much attention until the parent finally caught a bunny.  It was interesting to watch as the adult laid breakfast on the ground which immediately caught the attention of all three pups.  One of the pups grabbed up the bunny and with the other two in toe headed for cover and a hearty breakfast.

Another morning we saw four javelina in a perfectly straight line one behind the other strolling thru the brush.  It was a first time sighting from the patio to see them.

And the sun was just right to catch a bunny thru the fence this week too. 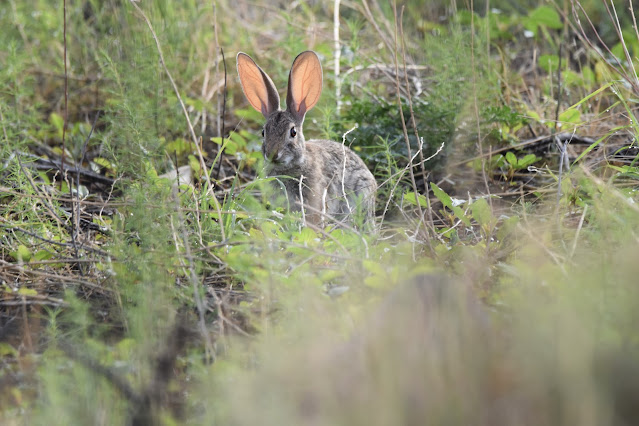 I am a bit disappointed we haven't had as much rain here as predicted at the onset of monsoon season.  Tucson has reported more inches than Vail.  Still, we have enjoyed a few storms...some with heavy rains, and others with nice steady rains. 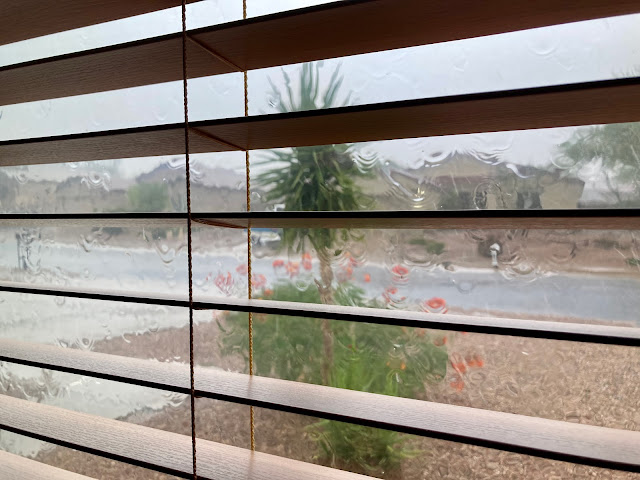 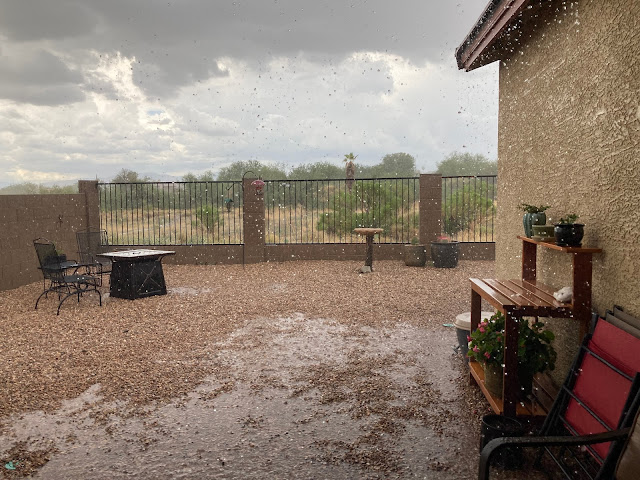 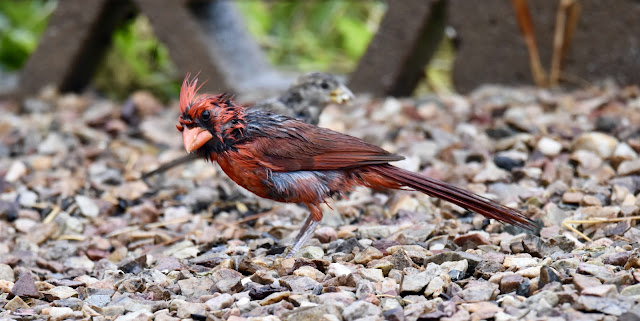 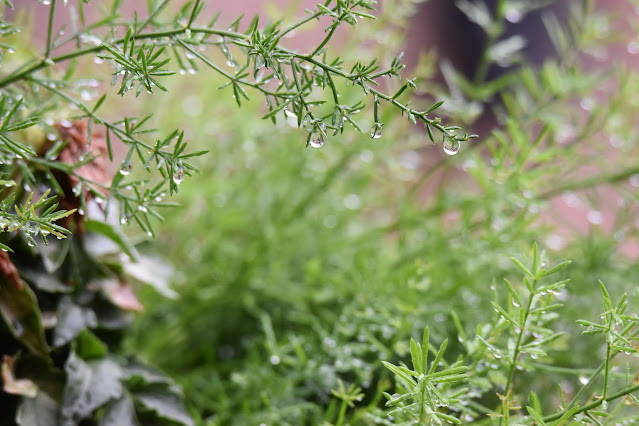 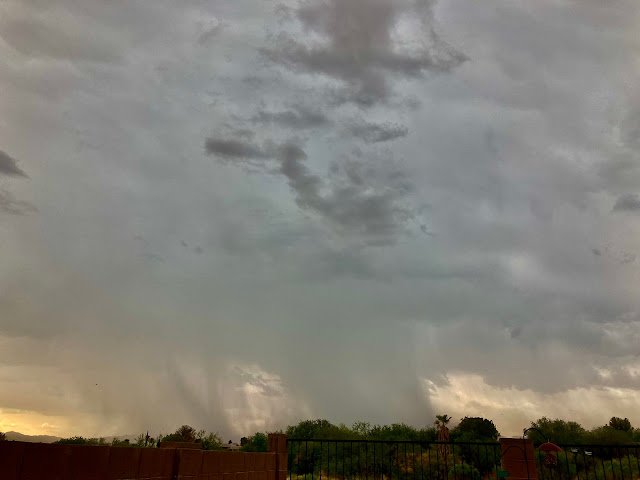 I saw this hummingbird in the yard Wednesday afternoon.  He is different from the regular hummingbird visitors this time of year.  My best guess is an immature male Costa's as they have variable amounts of gorget feathers coming in on the neck with green washing on the sides. 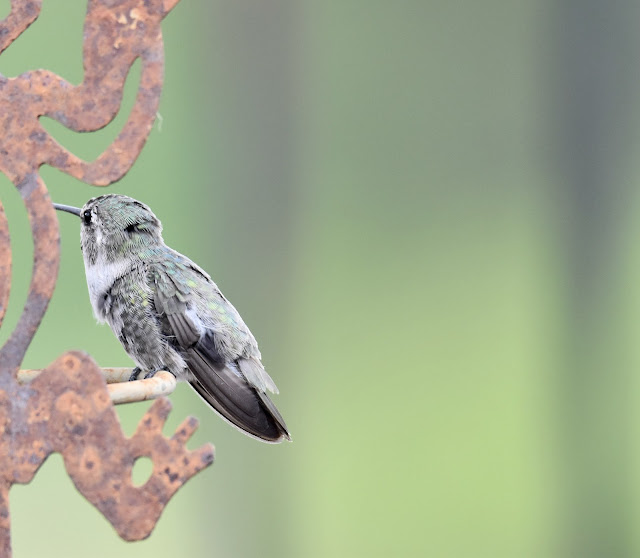 If it is a Costa's, it is the first one to visit our yard. I would greatly appreciate any help with an ID. 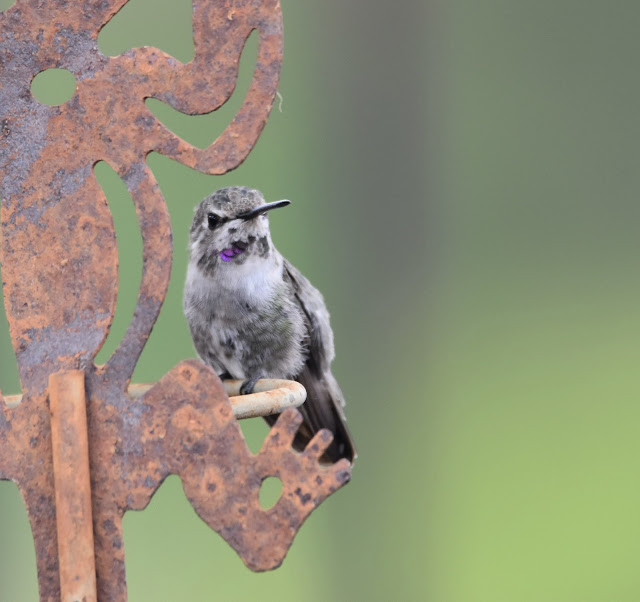 And this flicker made a quick stop on Thursday. 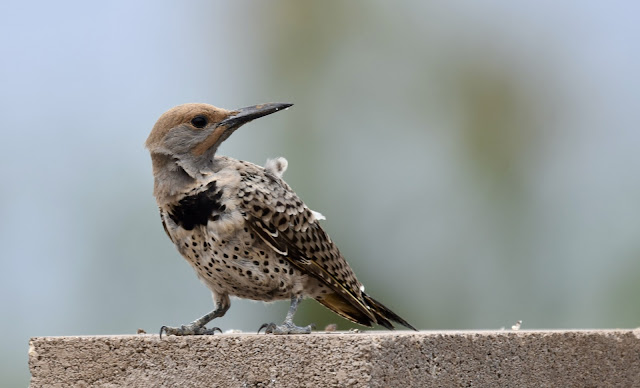 Friday we were off to Green Valley to pick up meds for Sally and have fried fish tacos at Manuel's with Randy.

Since Joe, Jena, Felix and Edith left, I keep finding these teeny, tiny babies all over the house. 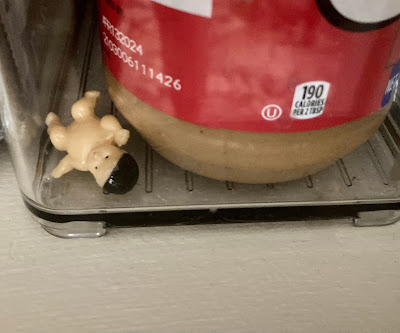 So far, there has been one in the drawer in our bathroom, one under the sink cabinet in the hall bath, one in a plant tray on the patio, but the funniest was the one in the pantry snuggled up to the Jiffy peanut butter jar.

That's a wrap for the week.  So until next time,

HAPPY TRAILS !
I took these road photos heading home this week...I love the clouds in both pictures.
Posted by Gay and Joe at 2:29 PM