Driving west (about 8 miles past Yuma) on Interstate 8, you can see off to the right a small group of mountains that appear dark brown. Ronnie and Carol had a plan...and that was our destination. 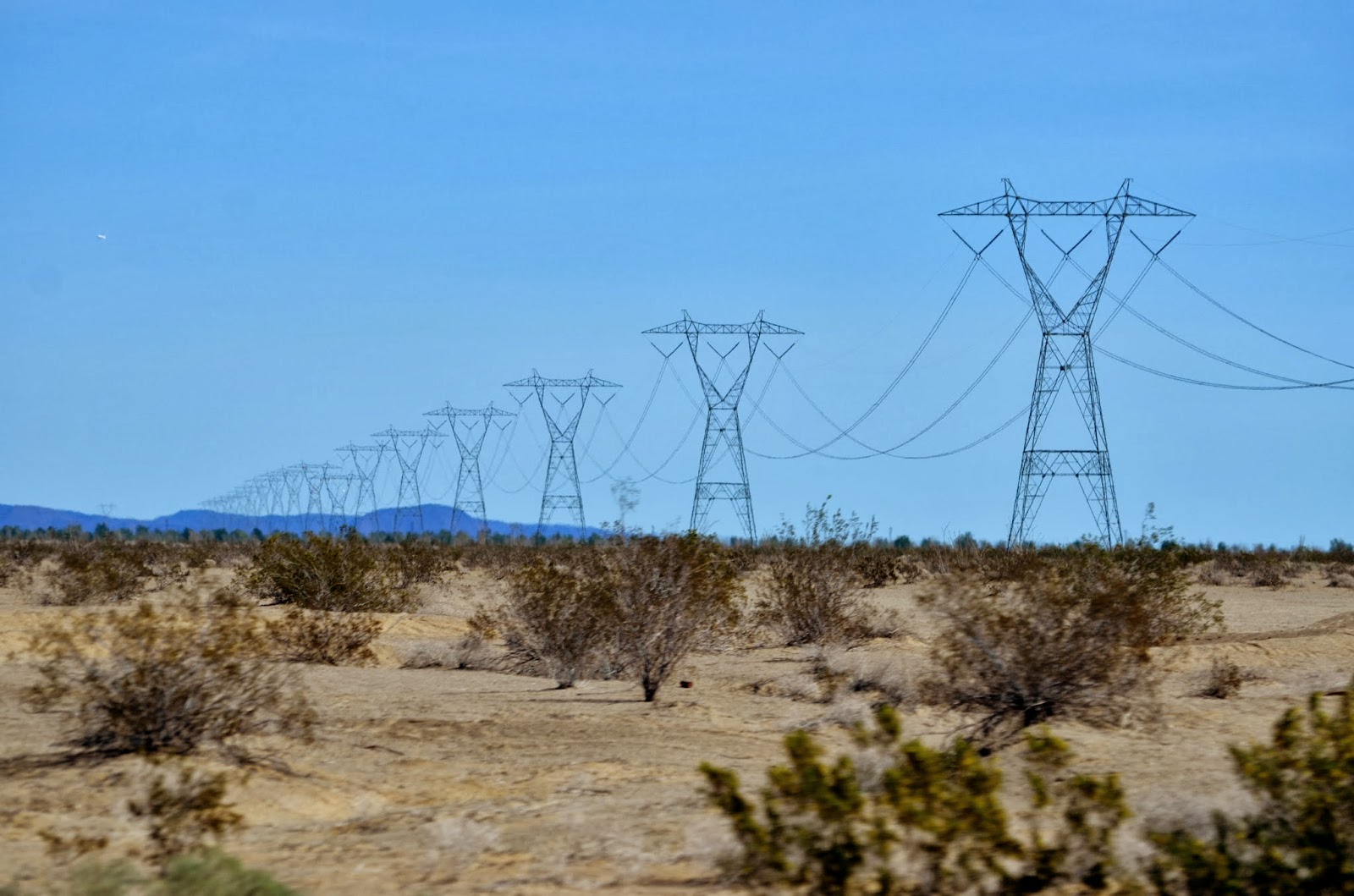 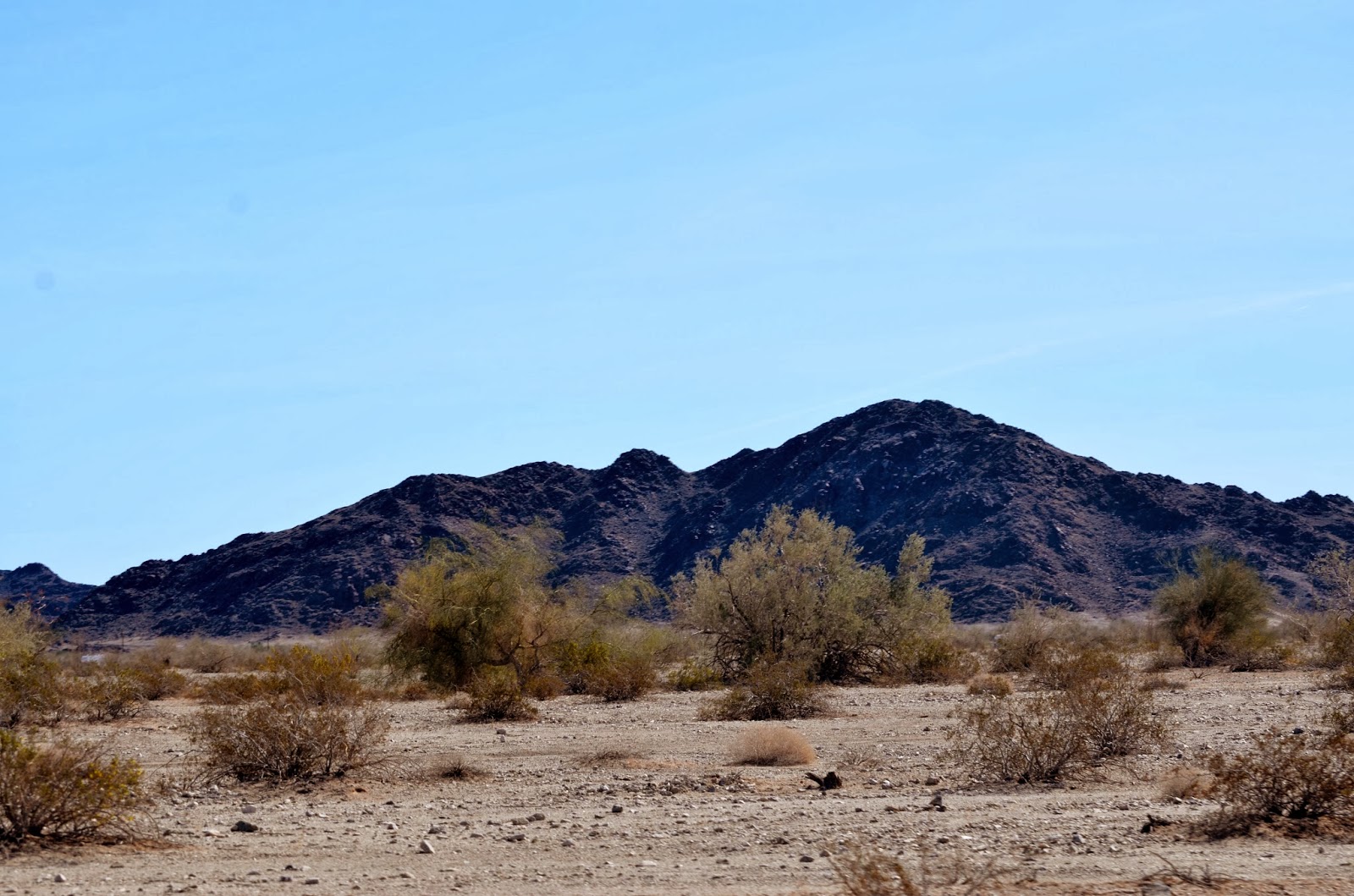 These mountains are known as the Cargo Muchacho Mountains. Mexican miners worked the area for decades before Americans entered the district in the mid 1800s. Cargo Muchacho, or Loaded Boys, received its name when two young Mexican boys entered camp with their shirts loaded with gold.


Years later, the discovery of gold in the Cargo Muchacho Mining District is credited to a mule that strayed while members of a California bound wagon train were camped near the mountains in 1862. When the mule was found, a sharp-eyed man picked up a nugget on the spot. 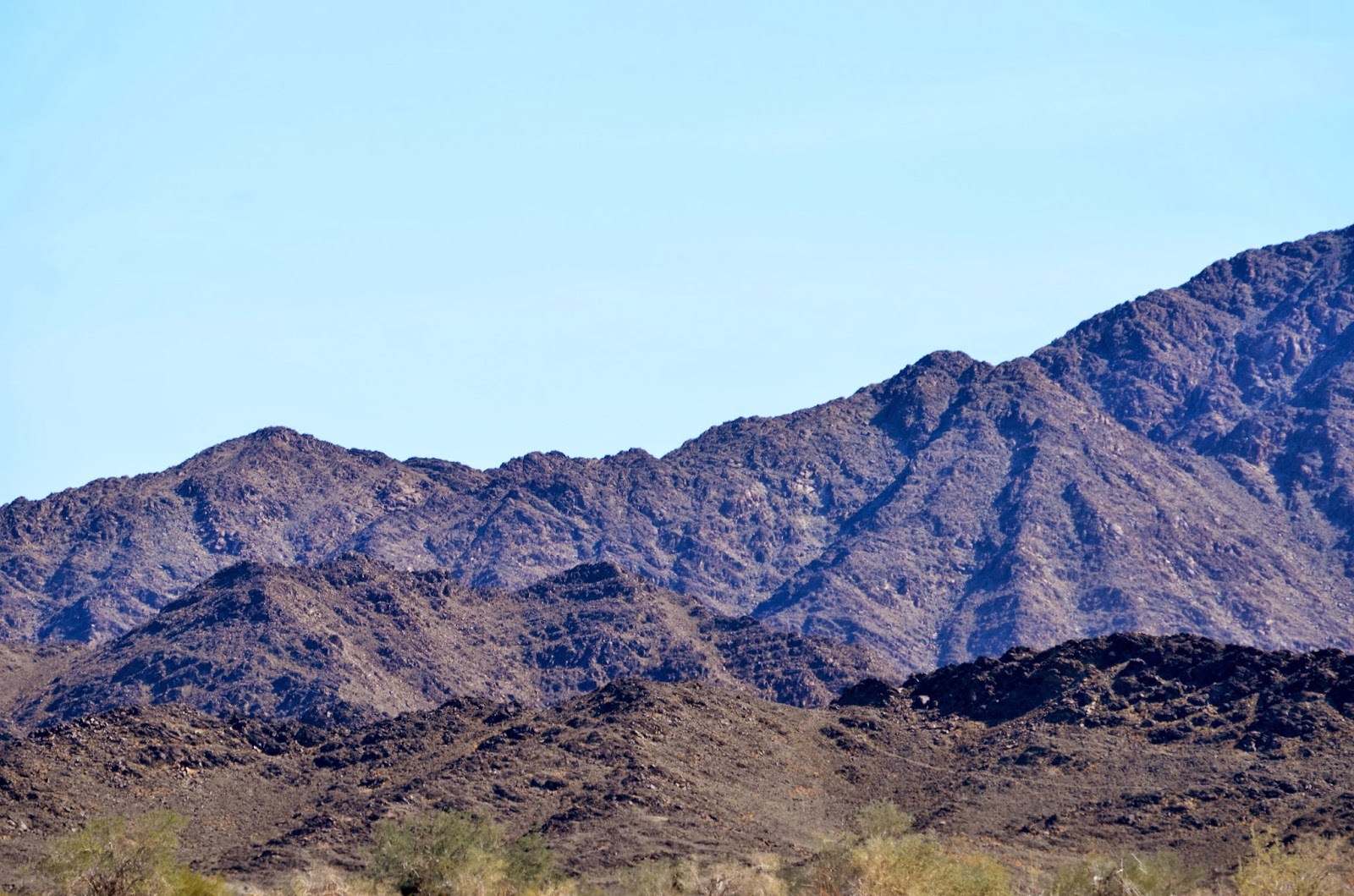 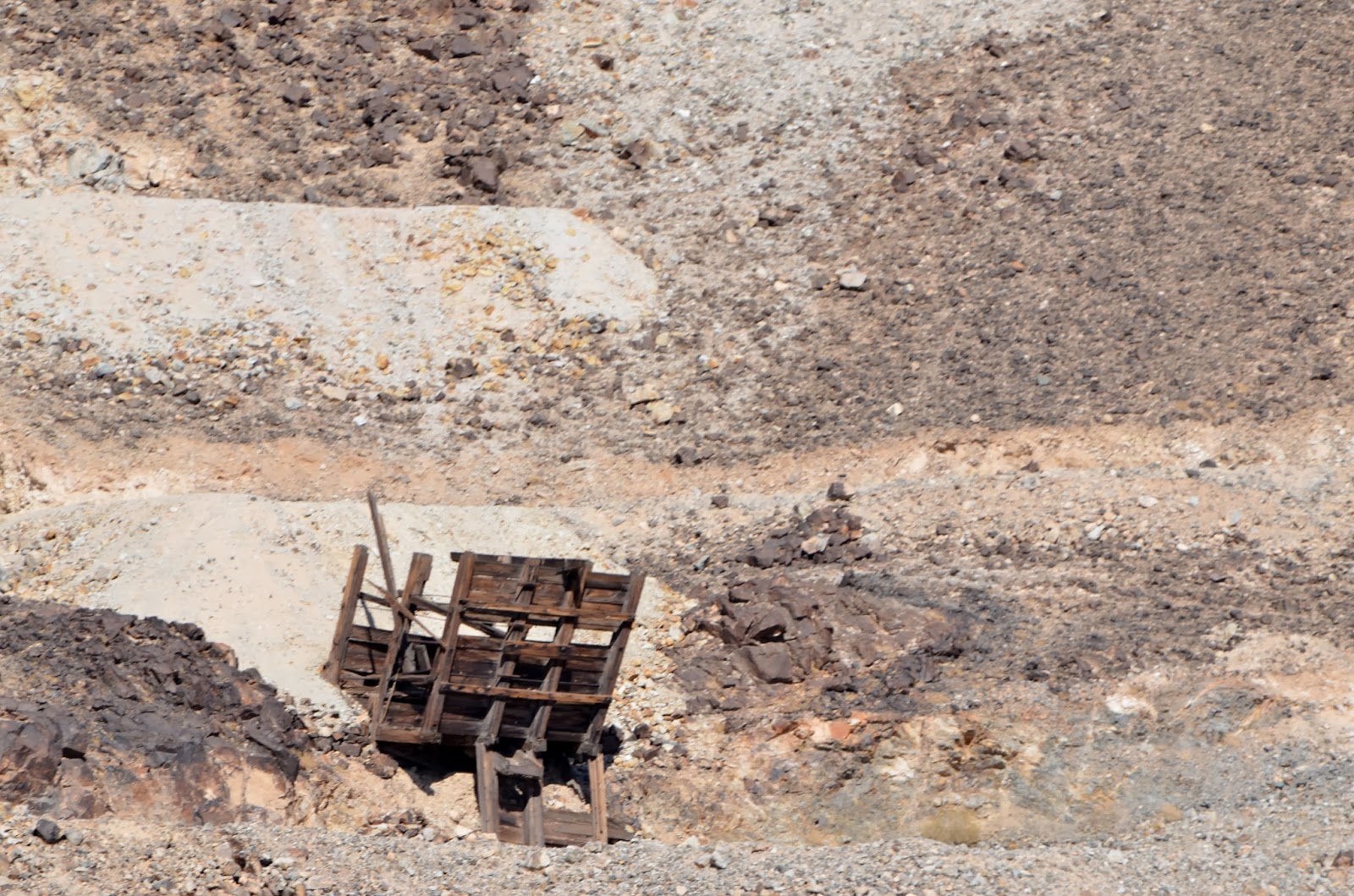 Originally named Gold Rock Camp, then Hedges, and finally Tumco...the area is one of the oldest gold mining areas in California. Its history spans 300 years with several periods of boom and bust. 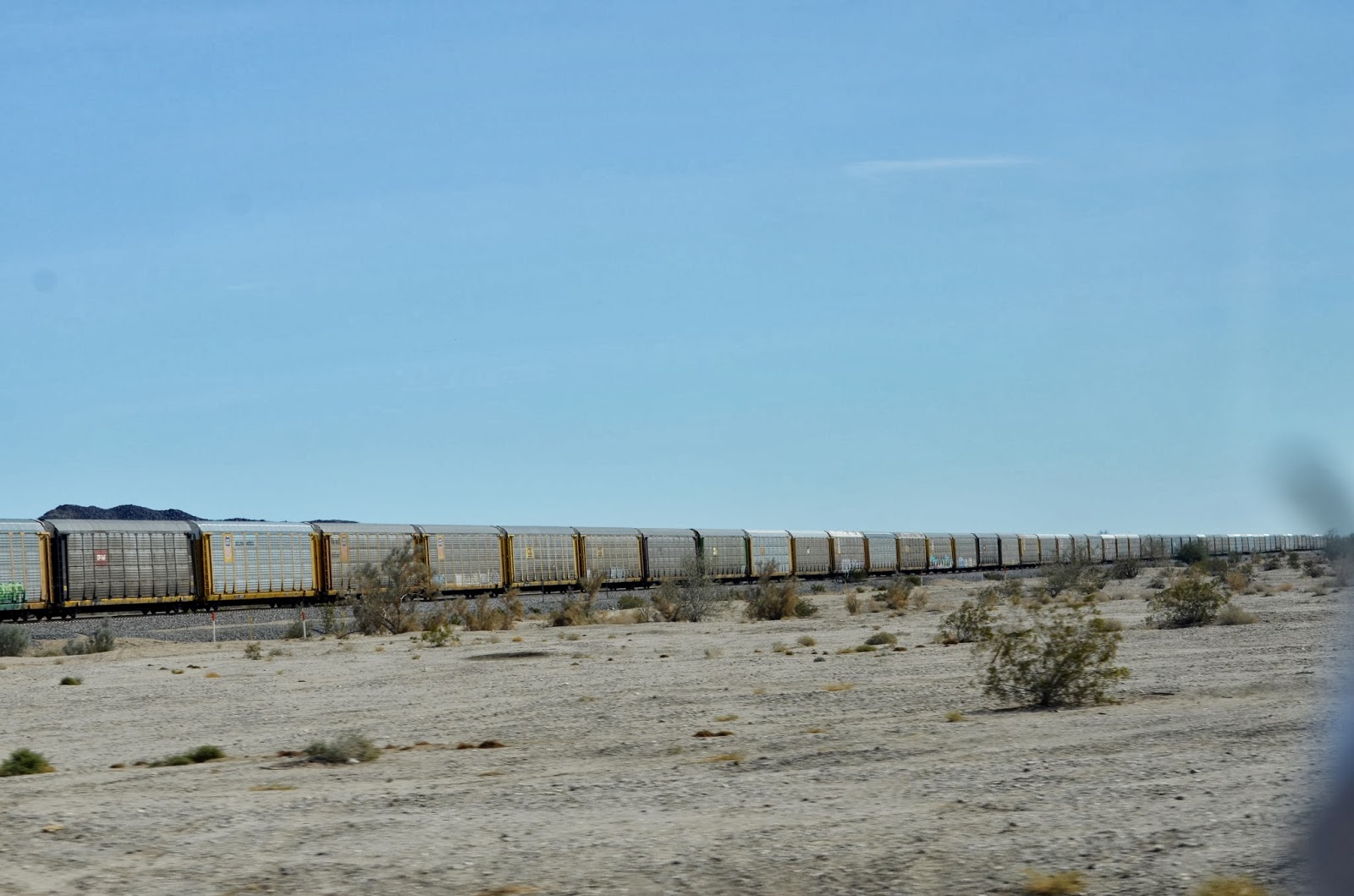 The completion of the Southern Pacific Railroad from Yuma to Los Angeles in 1877 allowed access to the gold which led to a gold rush in the area. 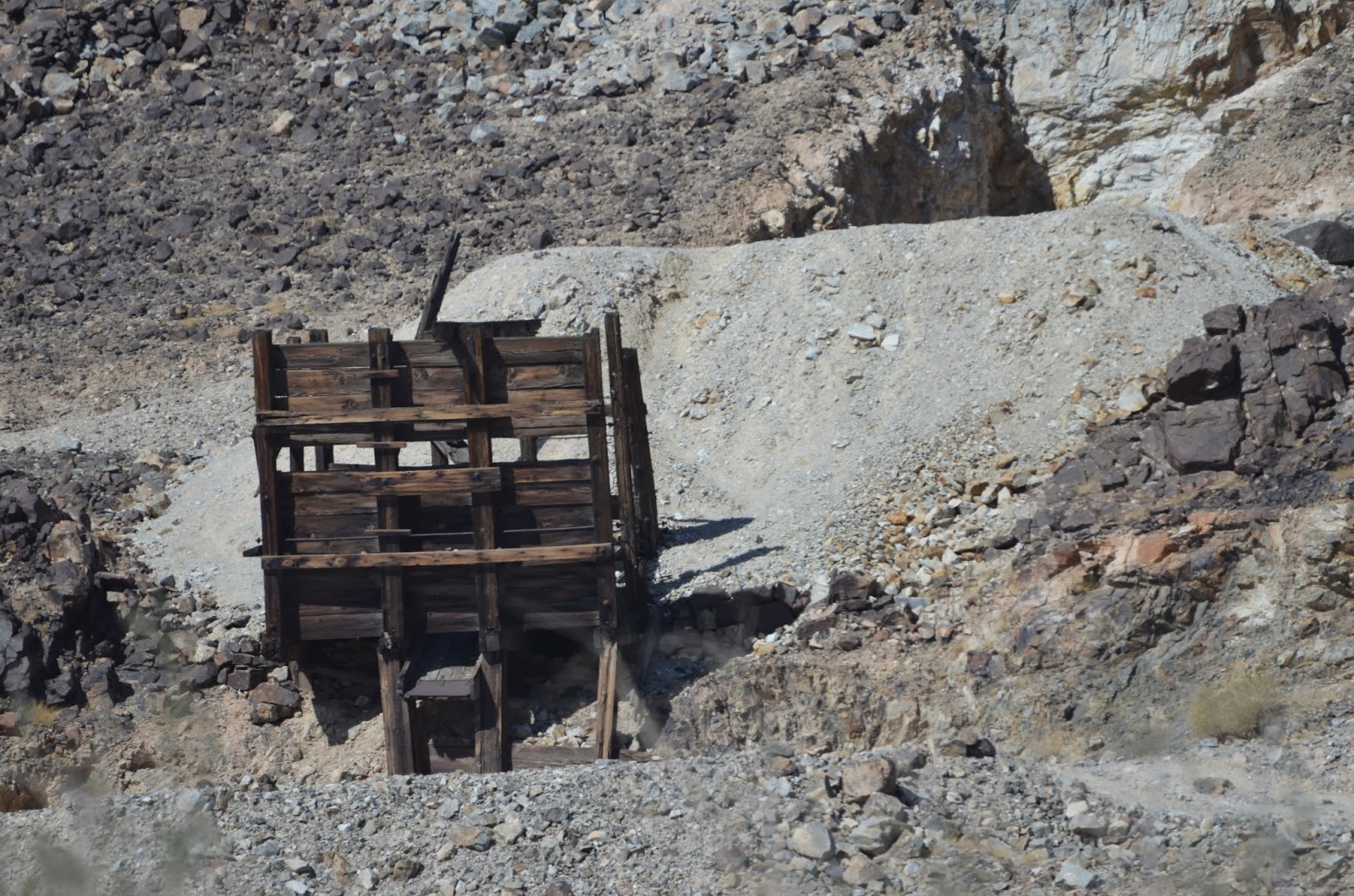 Individual mining claims soon gave way to mining companies that purchased claims and developed the mines on a large scale. 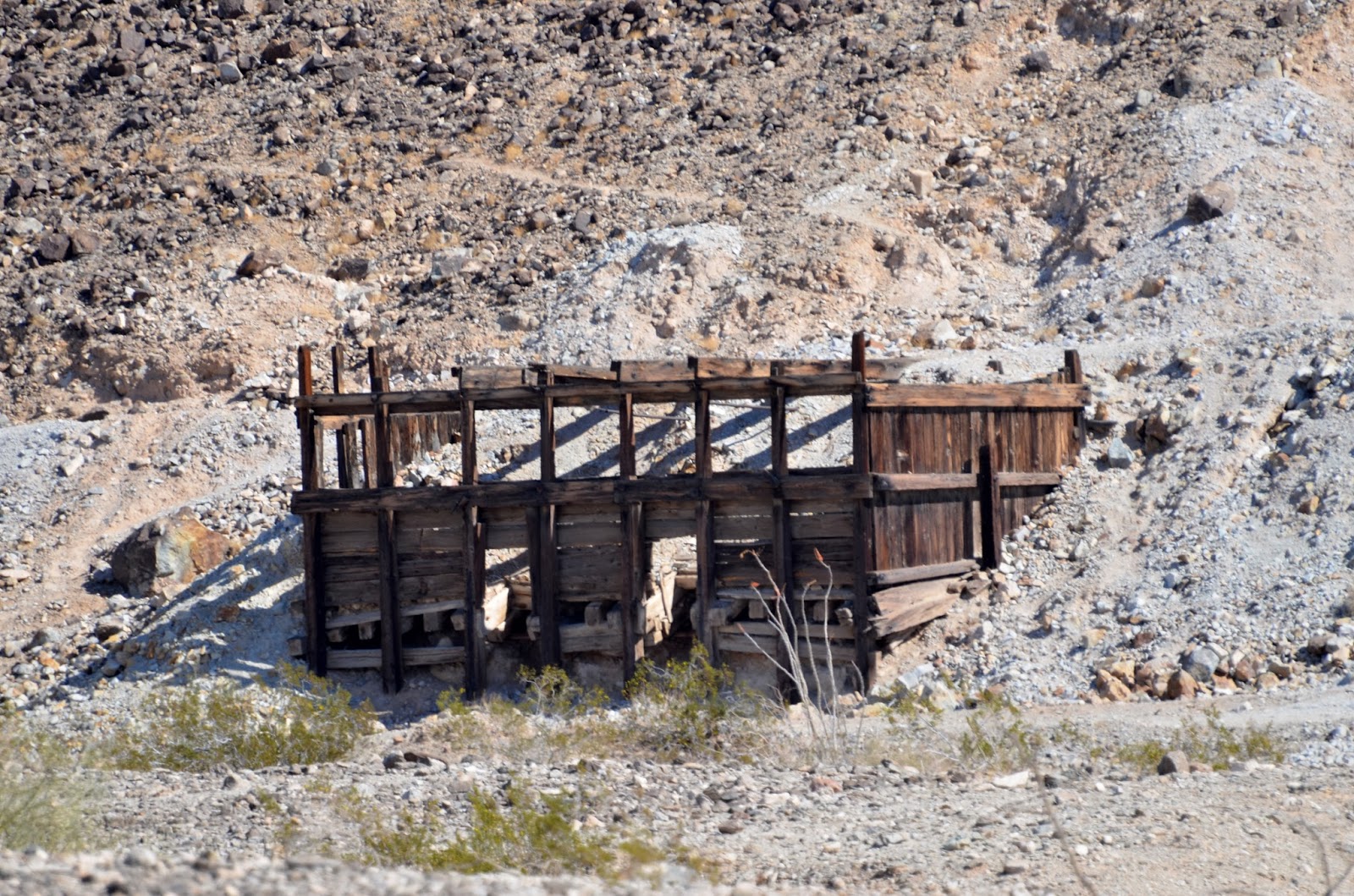 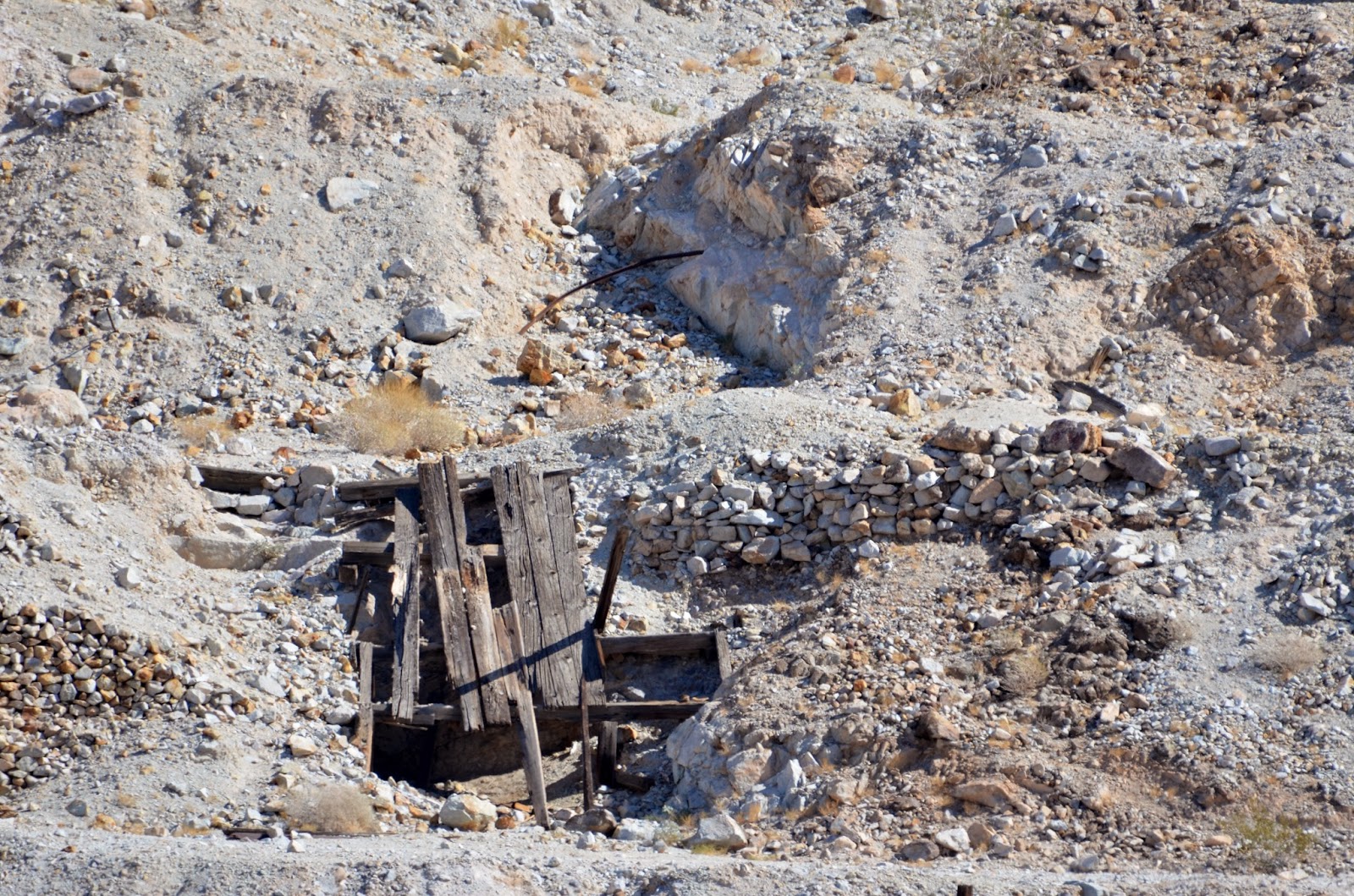 Historical accounts describe Tumco as a typical raucous mining town that fell into financial ruin and by 1907 it was a ghost town. 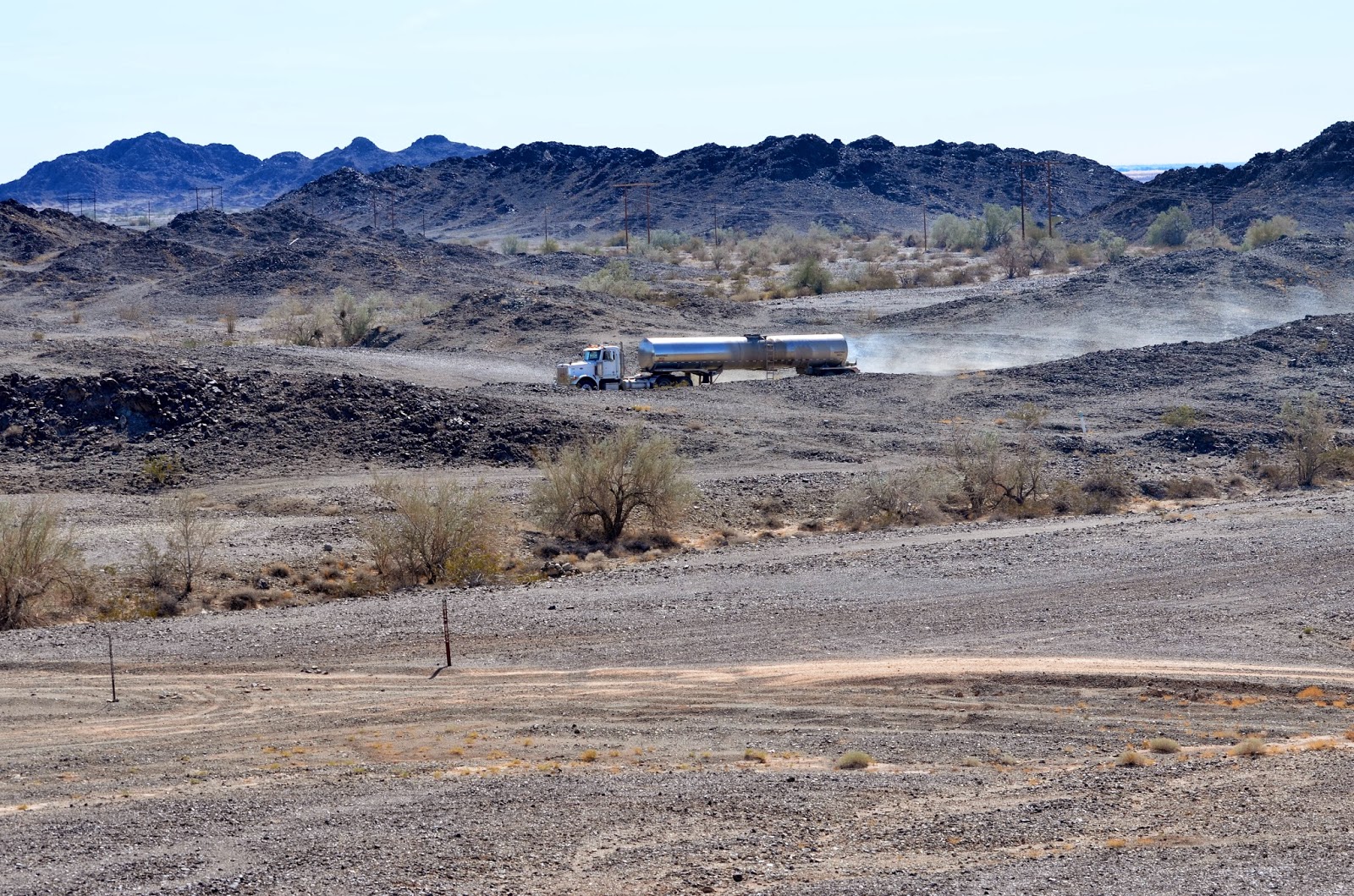 One of the most important mines back in the day was American Girl Mine. And as it turns out, it also has the most recent history. 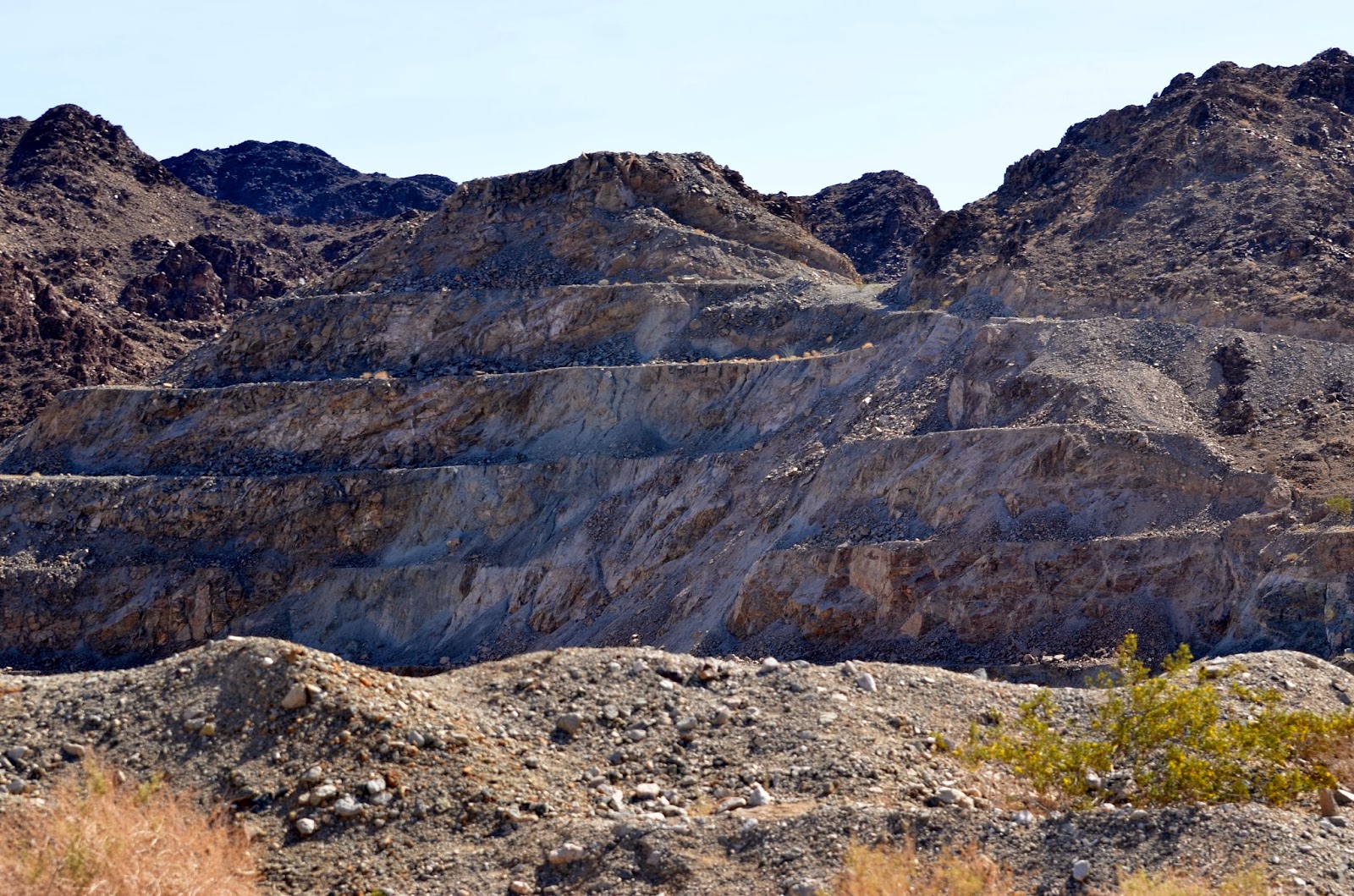 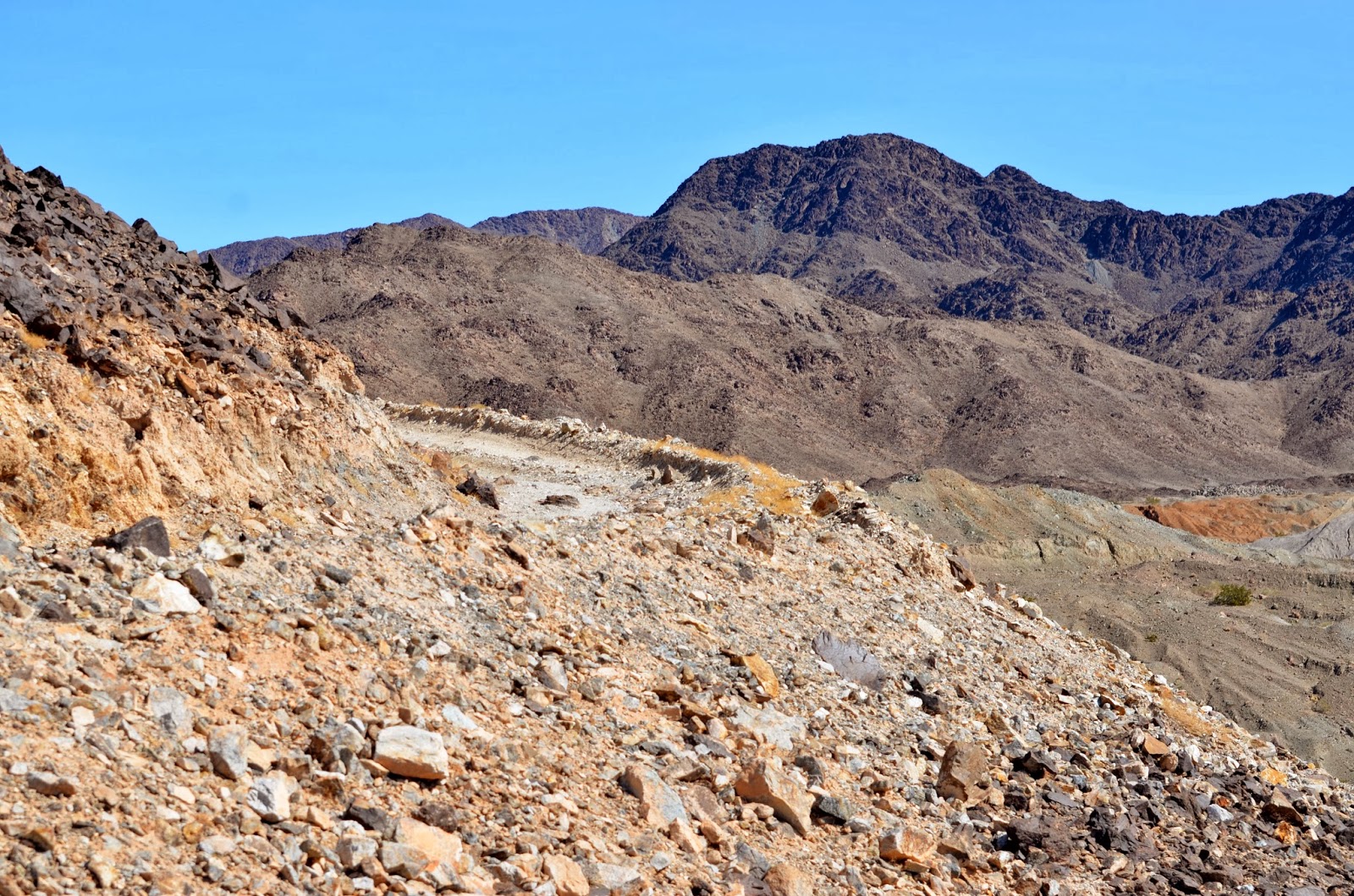 Today, American Girl Gold Mine is for sale. It can be bought at $400 an acre. 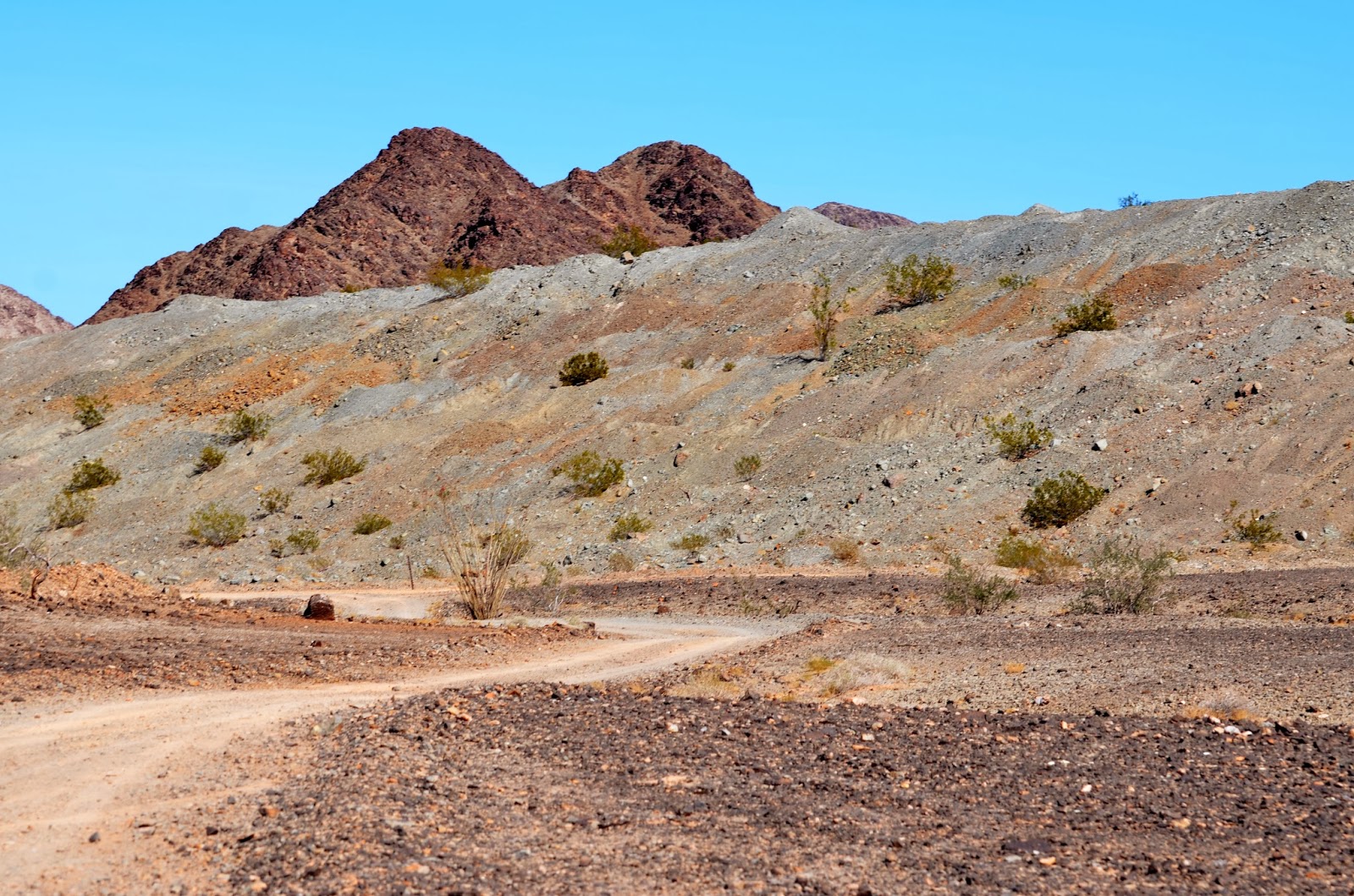 So, did we find gold on our adventure in the Cargo Muchacho Mountains? Not exactly... 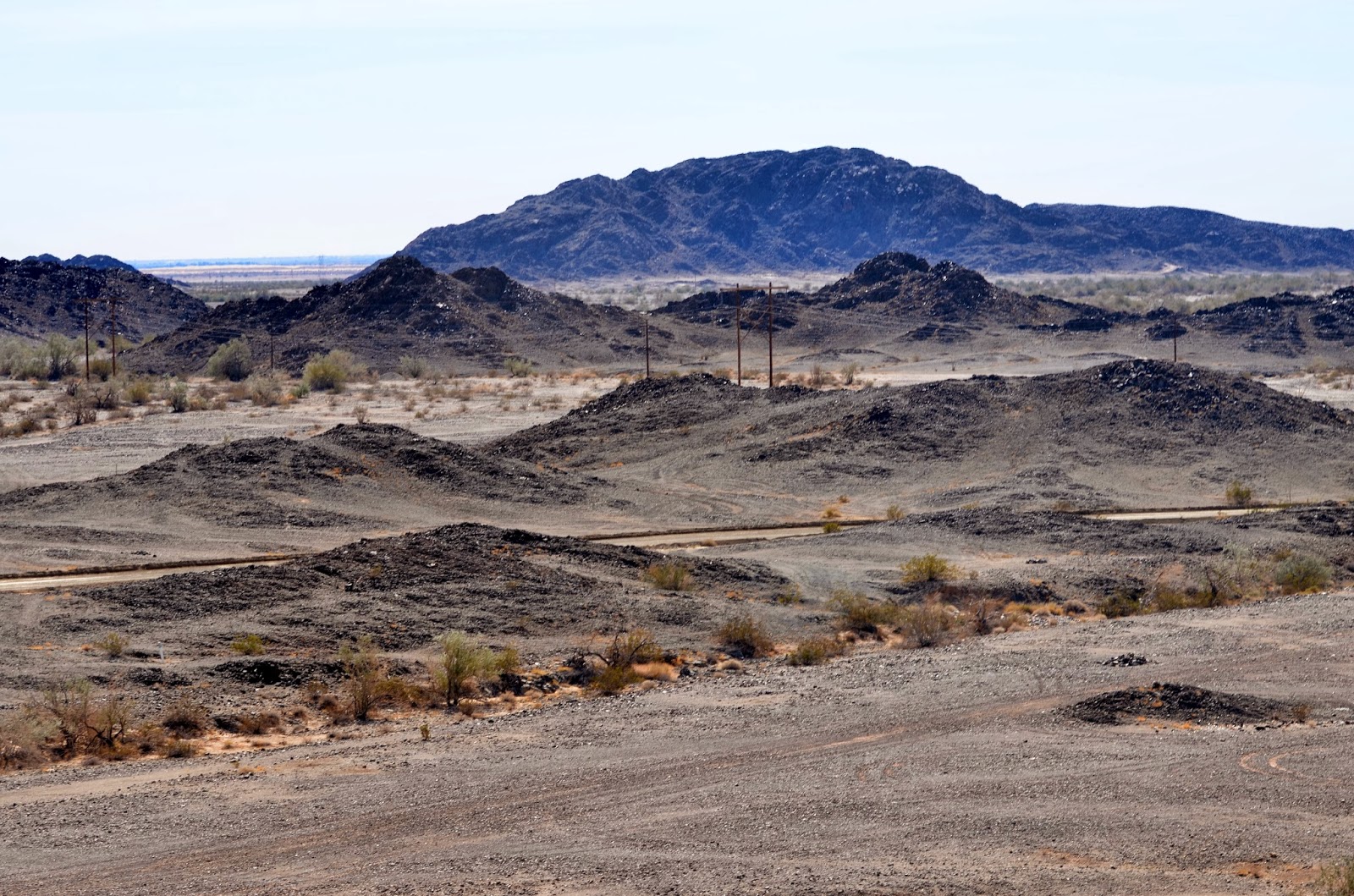 ...we didn't head back to "camp" with shirts loaded with the precious ore. 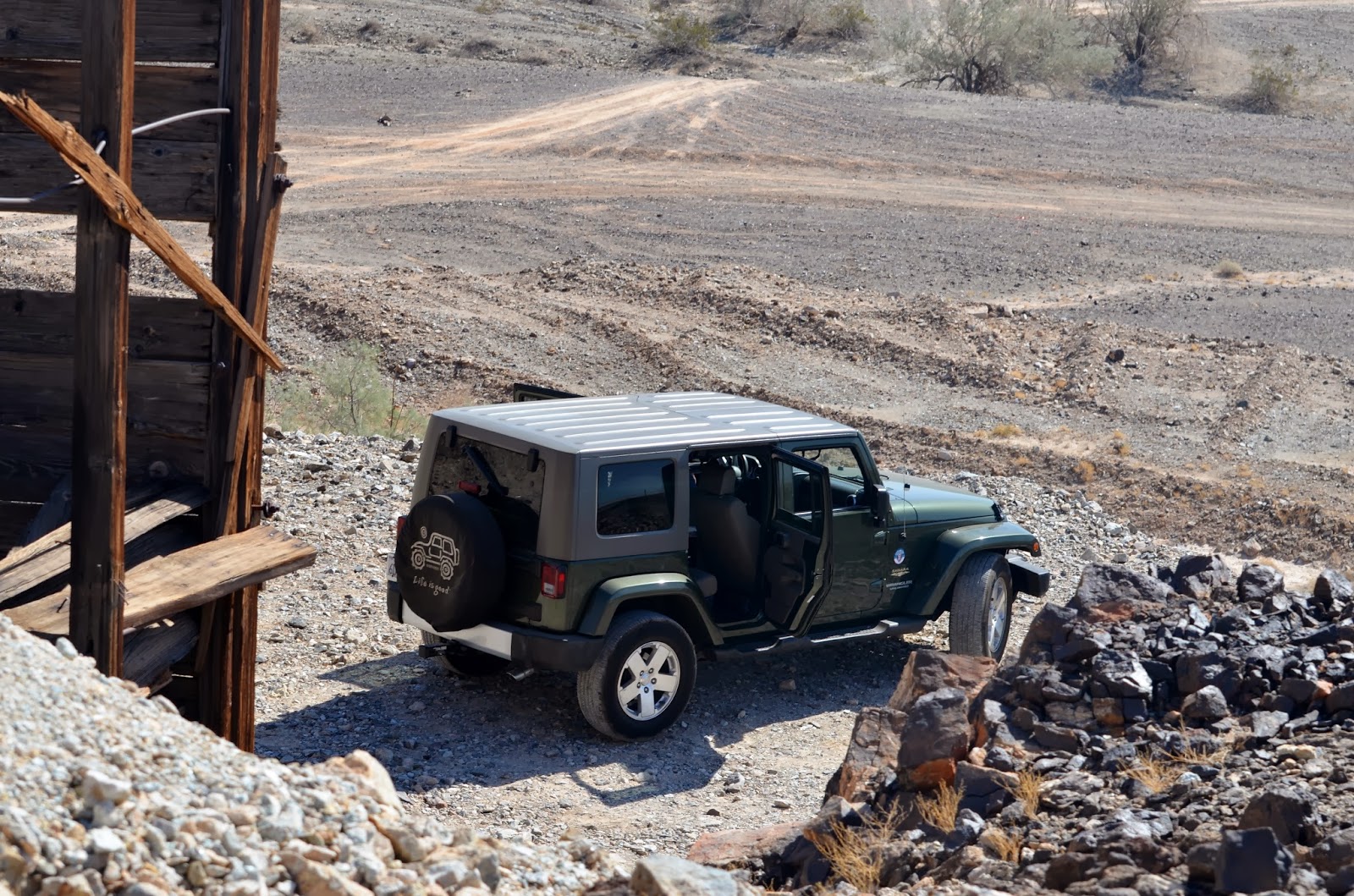 ...instead, we had loads of dust...in our hair, up our noses, in our pockets,  in our shoes and yes, maybe in our shorts! 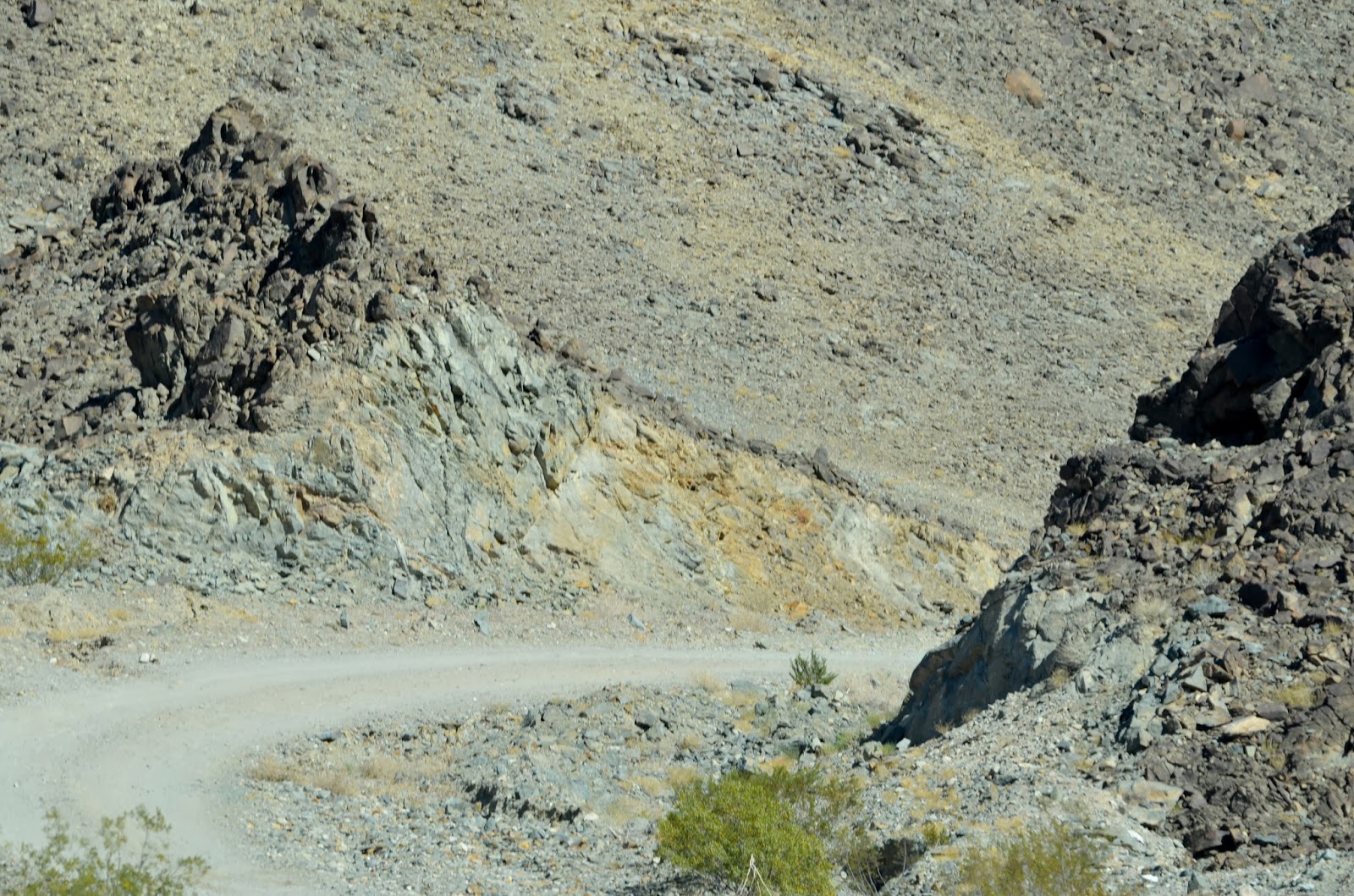 We also brought back to "camp" loads of memories...a day full of tons of fun and laughs! 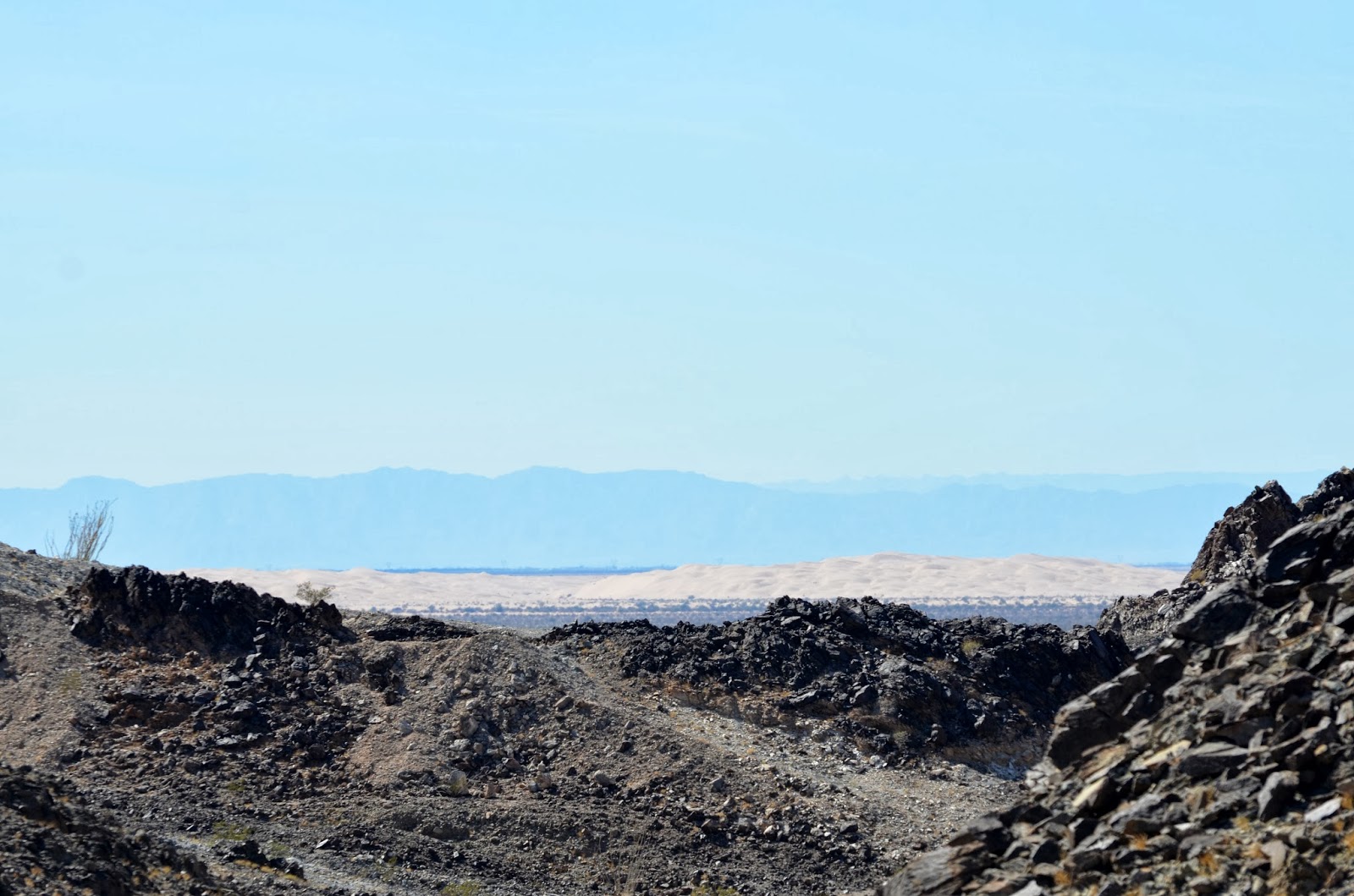 Thanks Ronnie and Carol...a special day with special friends! 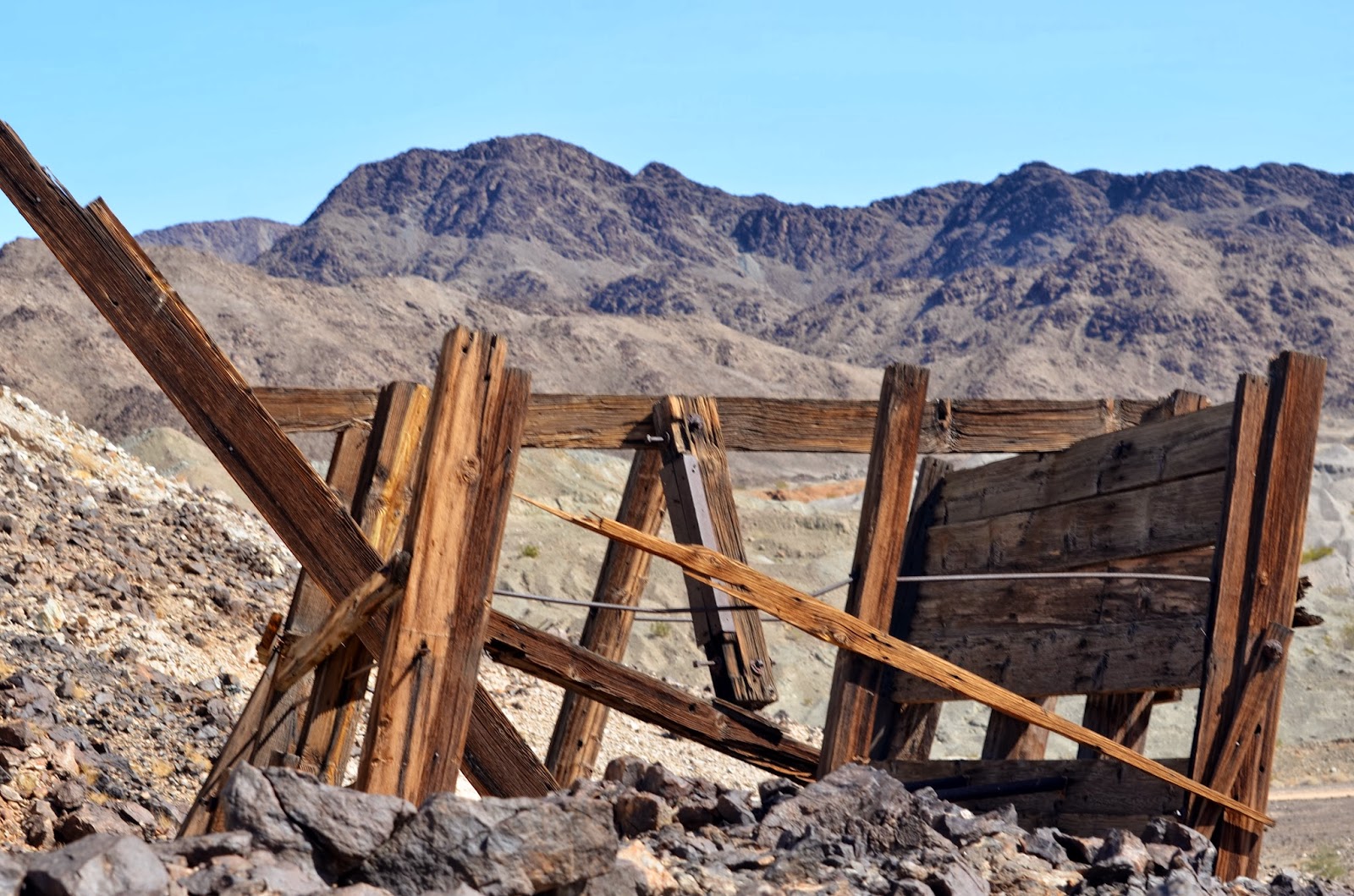