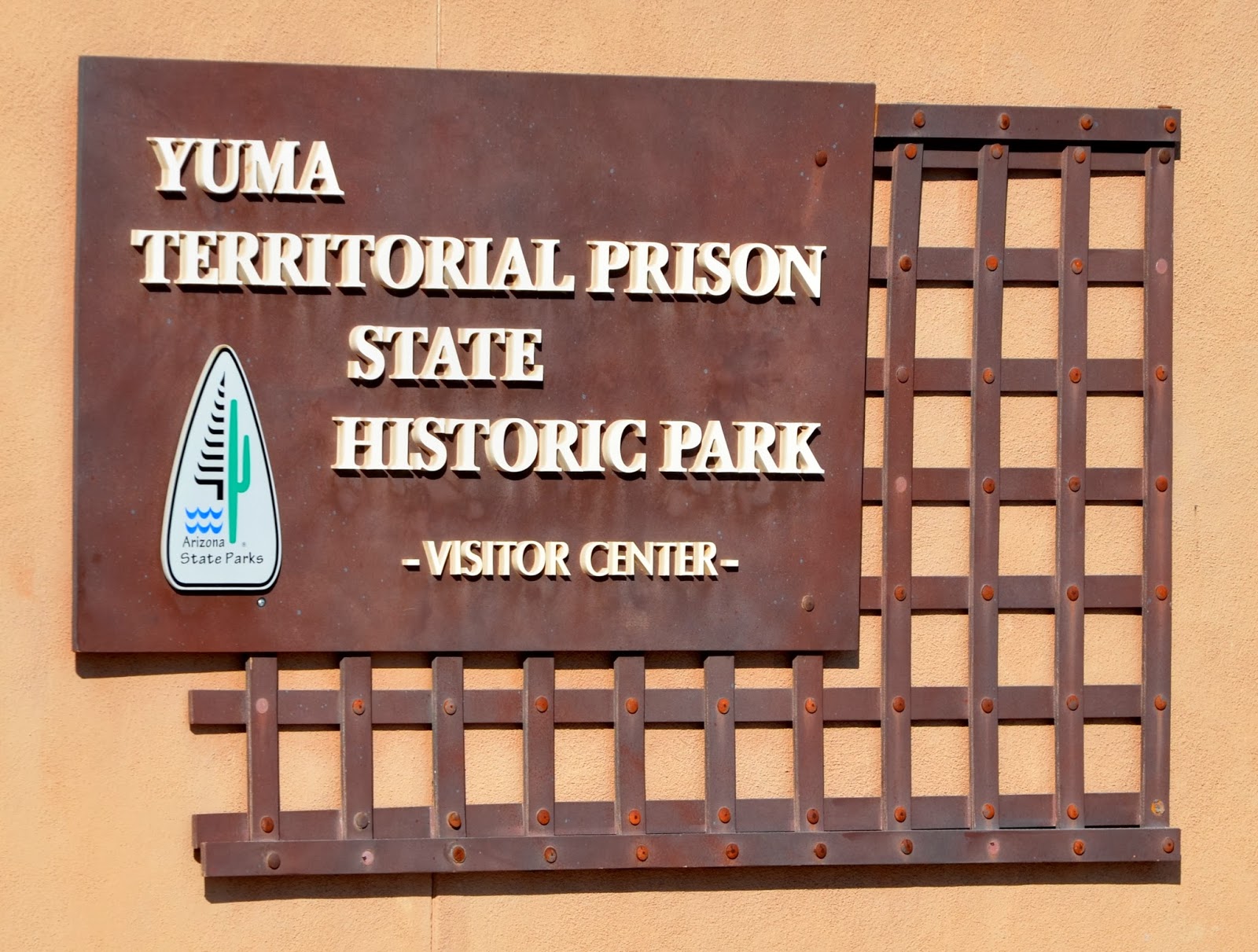 By 1870, Yuma had become the second largest city in Arizona. The fierce heat and rugged terrain around Yuma made it a perfect choice for a prison. 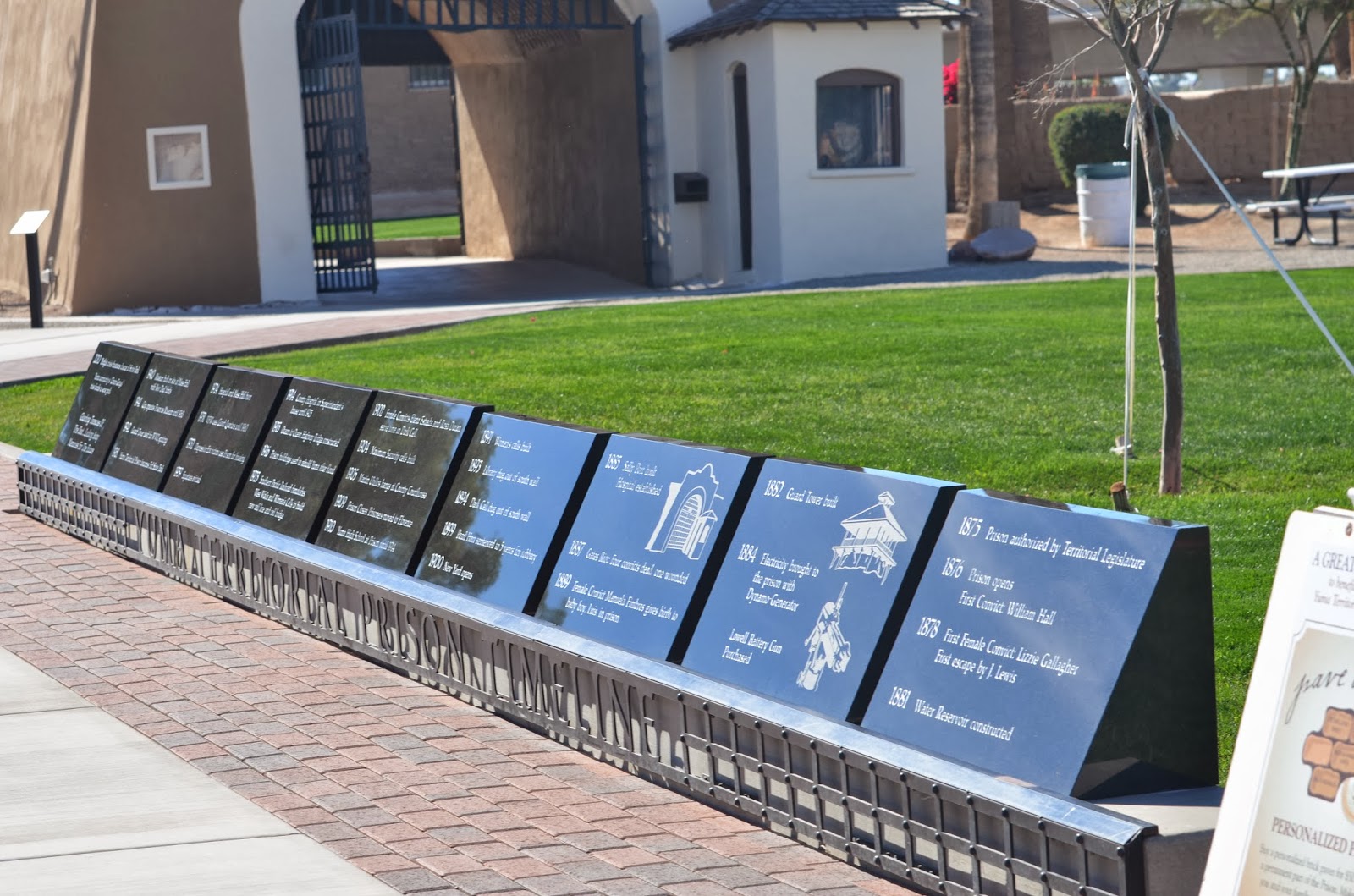 The prison opened in July, 1876 with seven prisoners...the very men who were forced to build their own cells. 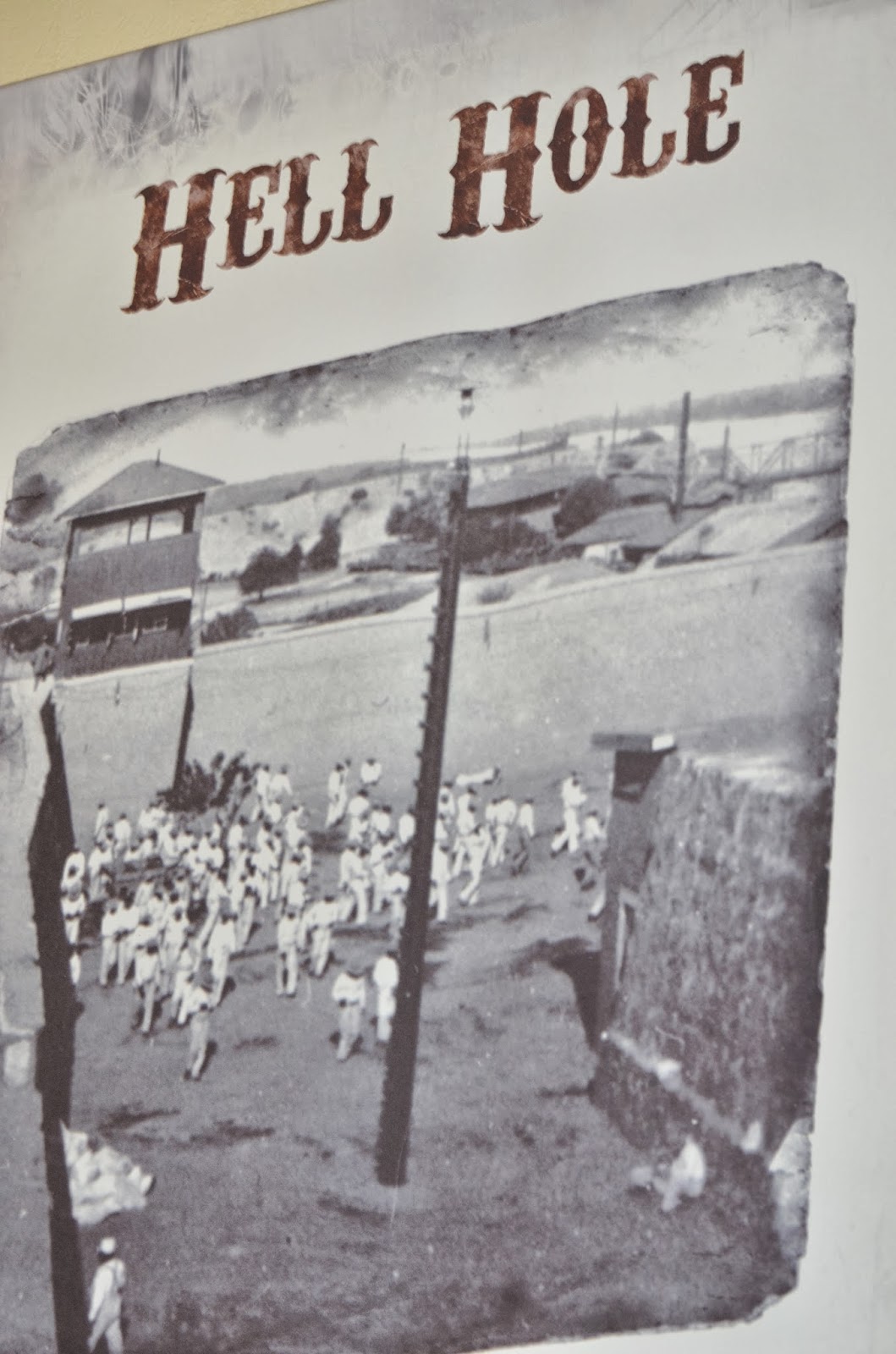 With the fierce summer heat in Yuma, the prison quickly became known as "The Hell Hole". 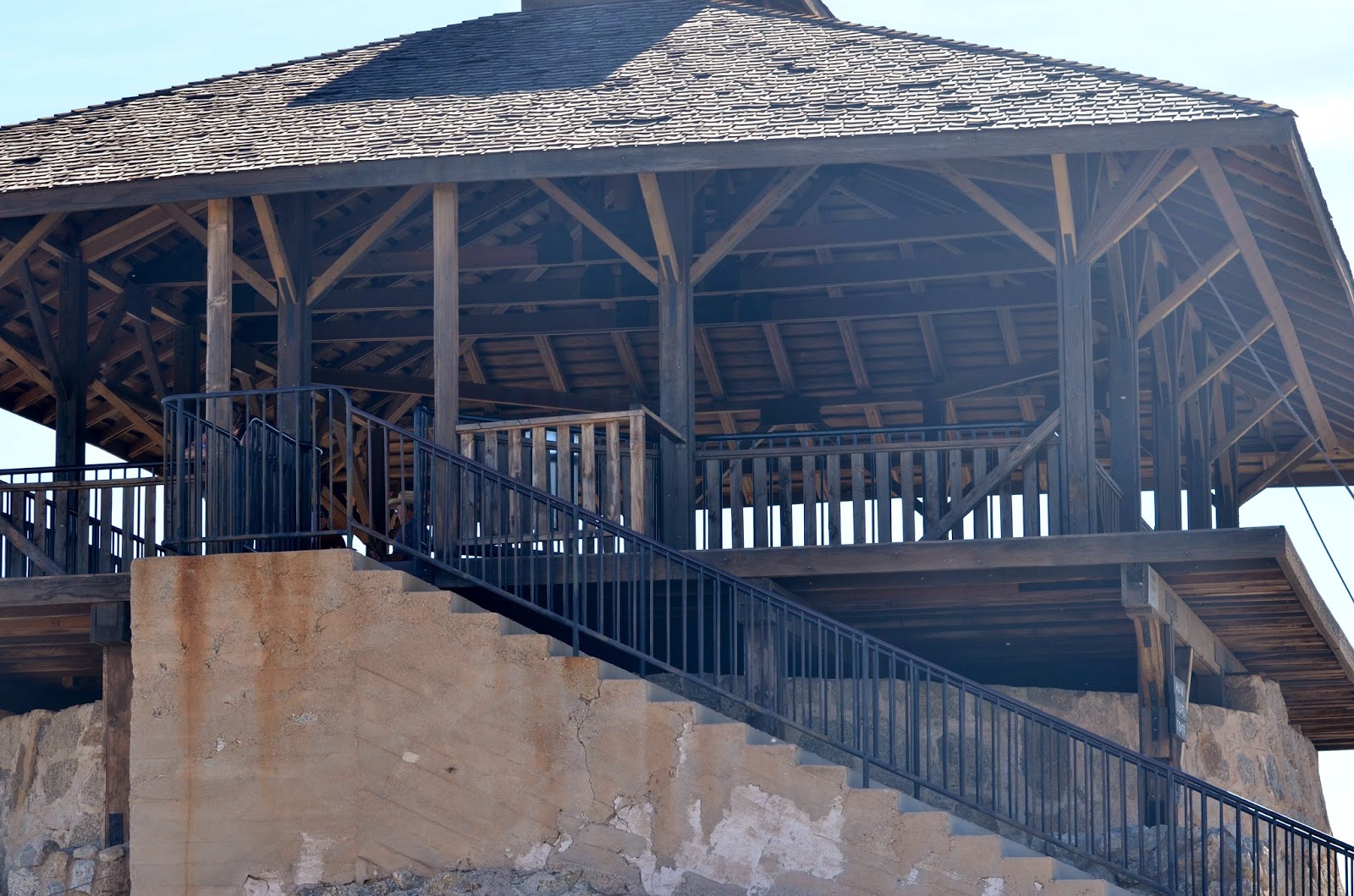 Overlooking the entire prison was the Main Guard Tower...a structure that still remains today. Commanding the top was a Lowell Battery Gun capable of aggressively spitting fire to any part of the prison yard with its 4 muzzles. 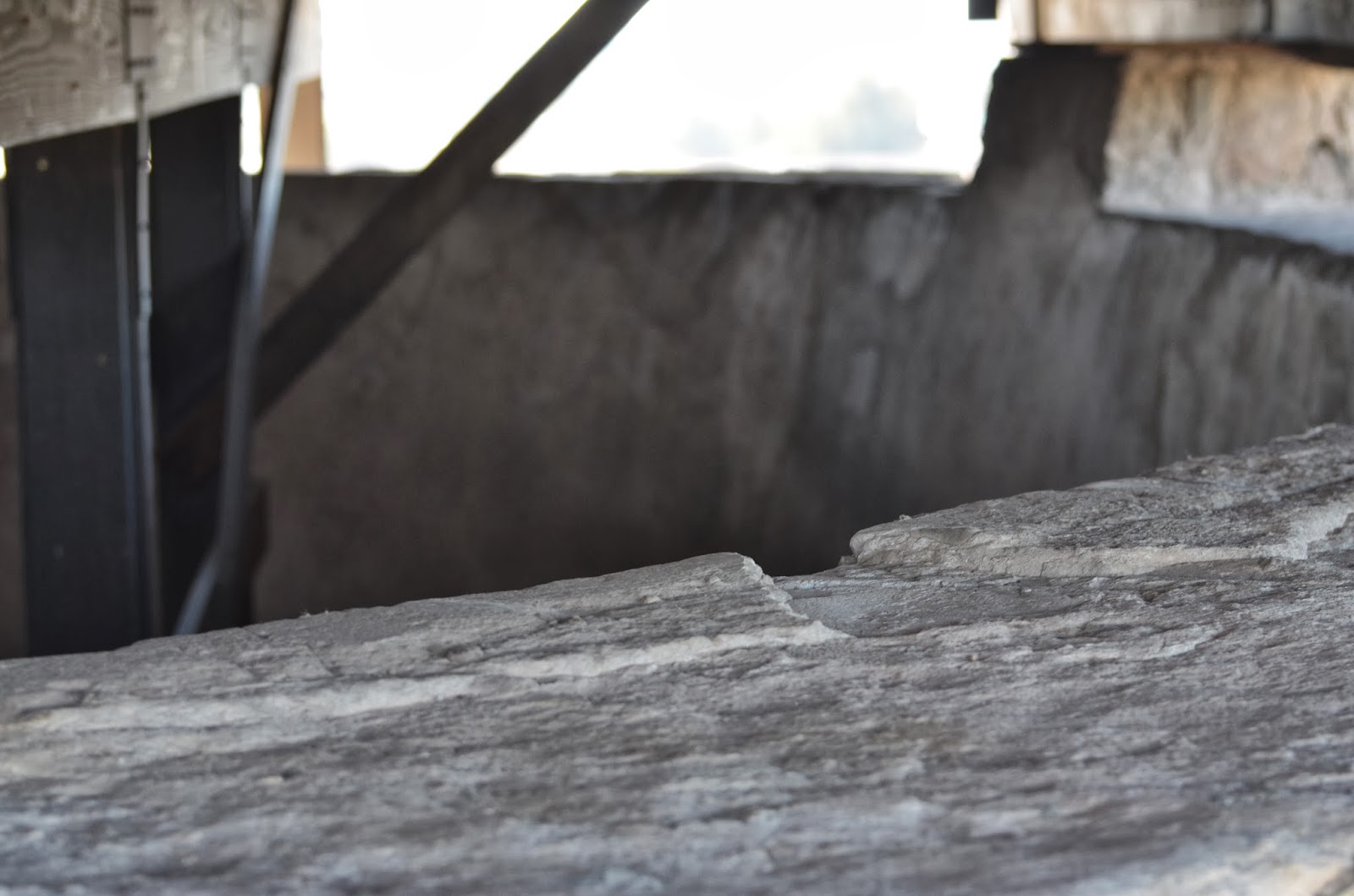 Underneath the wooden tower was the prison's rock-walled water reservoir. 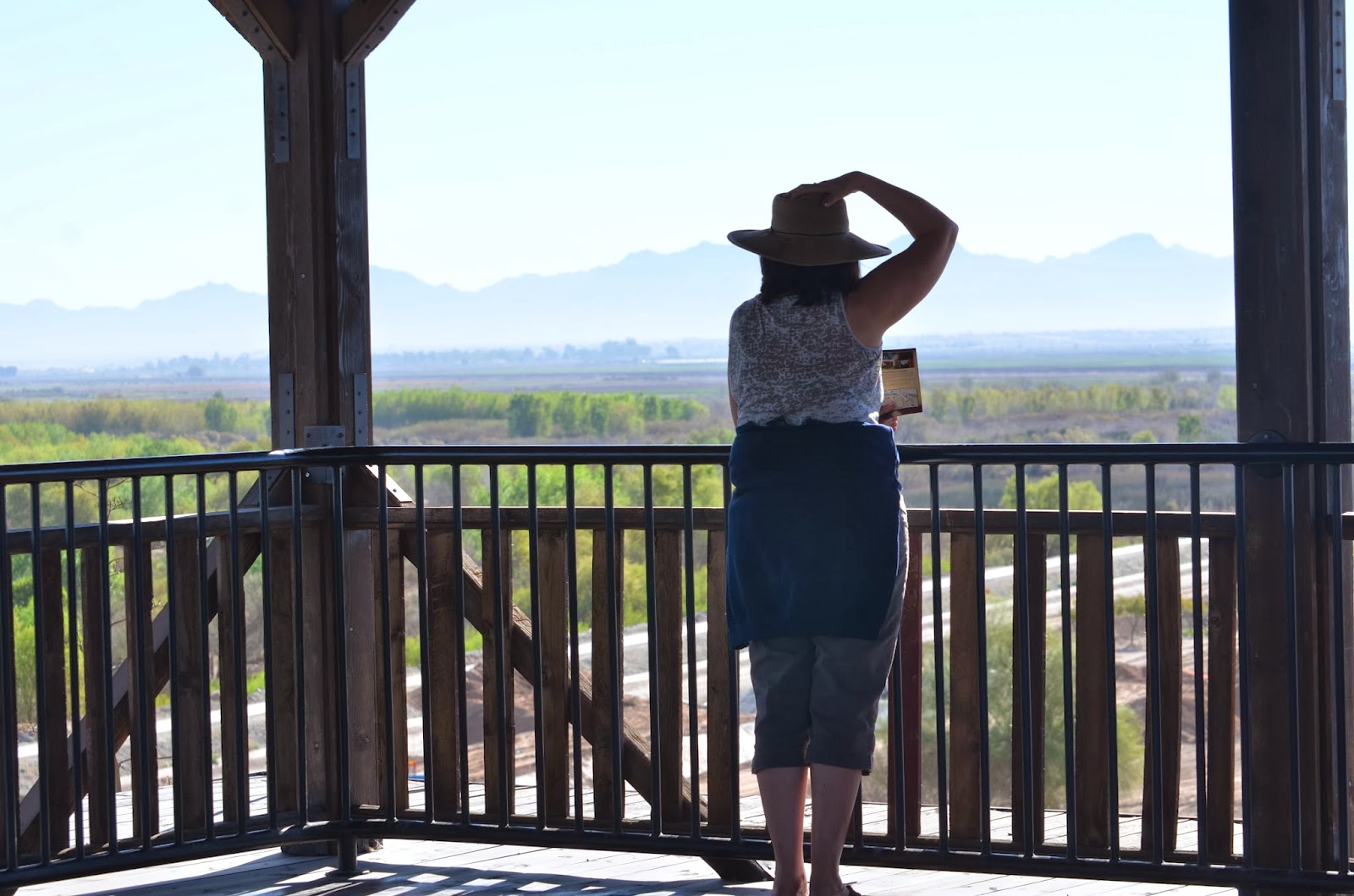 Today, the tower offers an awesome view of the surrounding area. 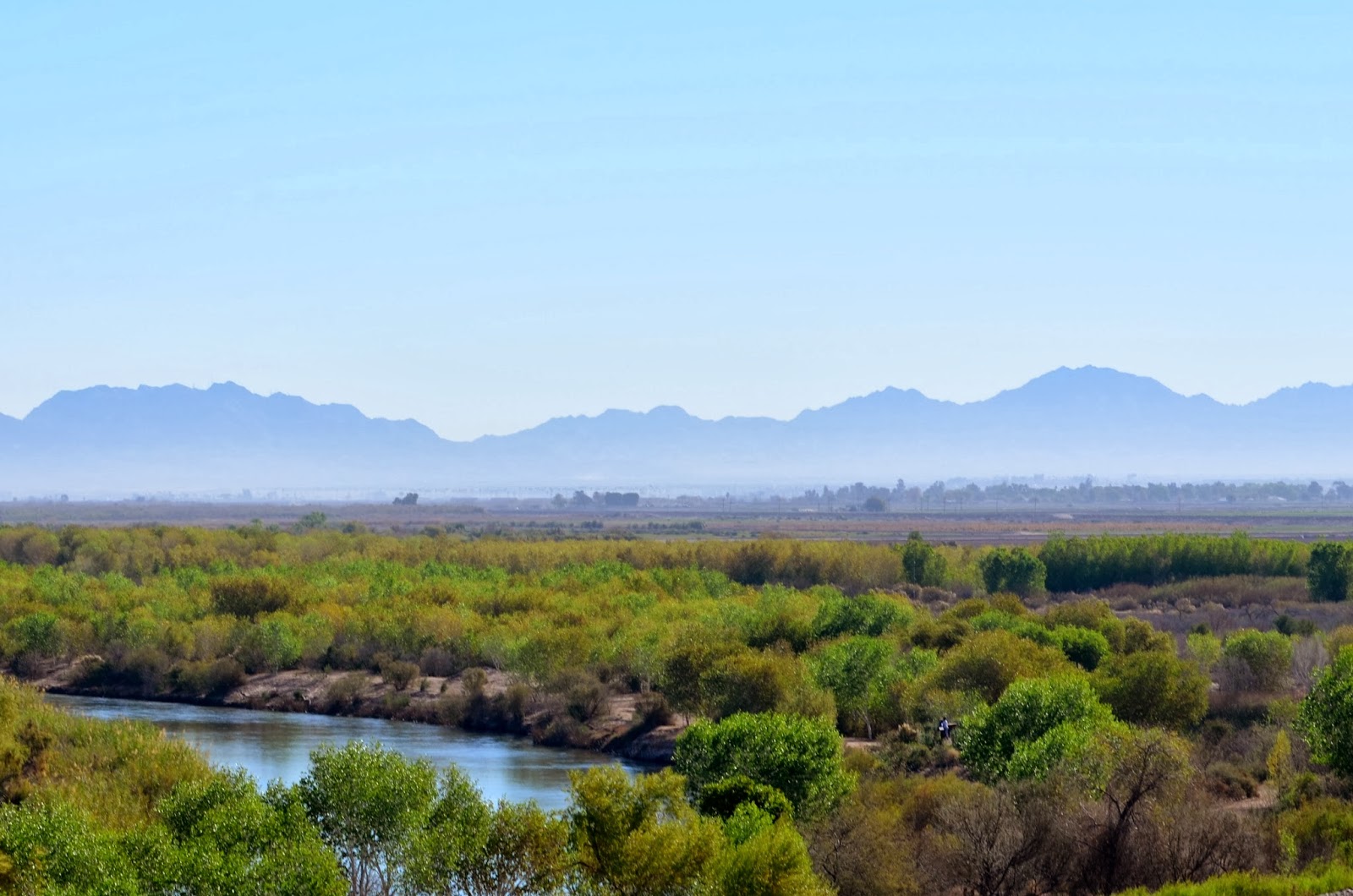 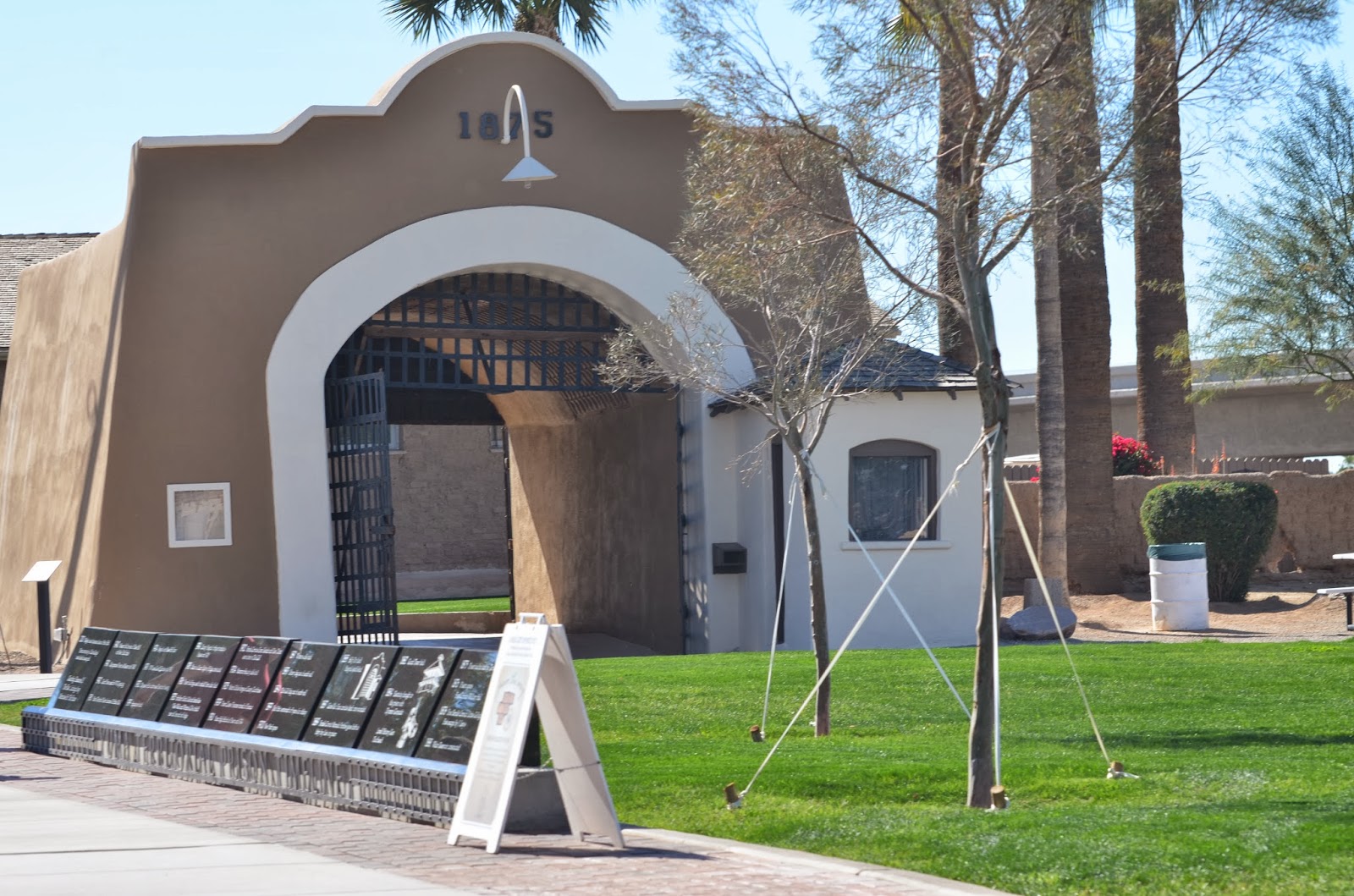 Also among the original structures is the Sally Port. Each outlaw who ventured thru the iron gate was given an identification number. During the 33 years of operation, 3,069 prisoners (29 were women) served time. 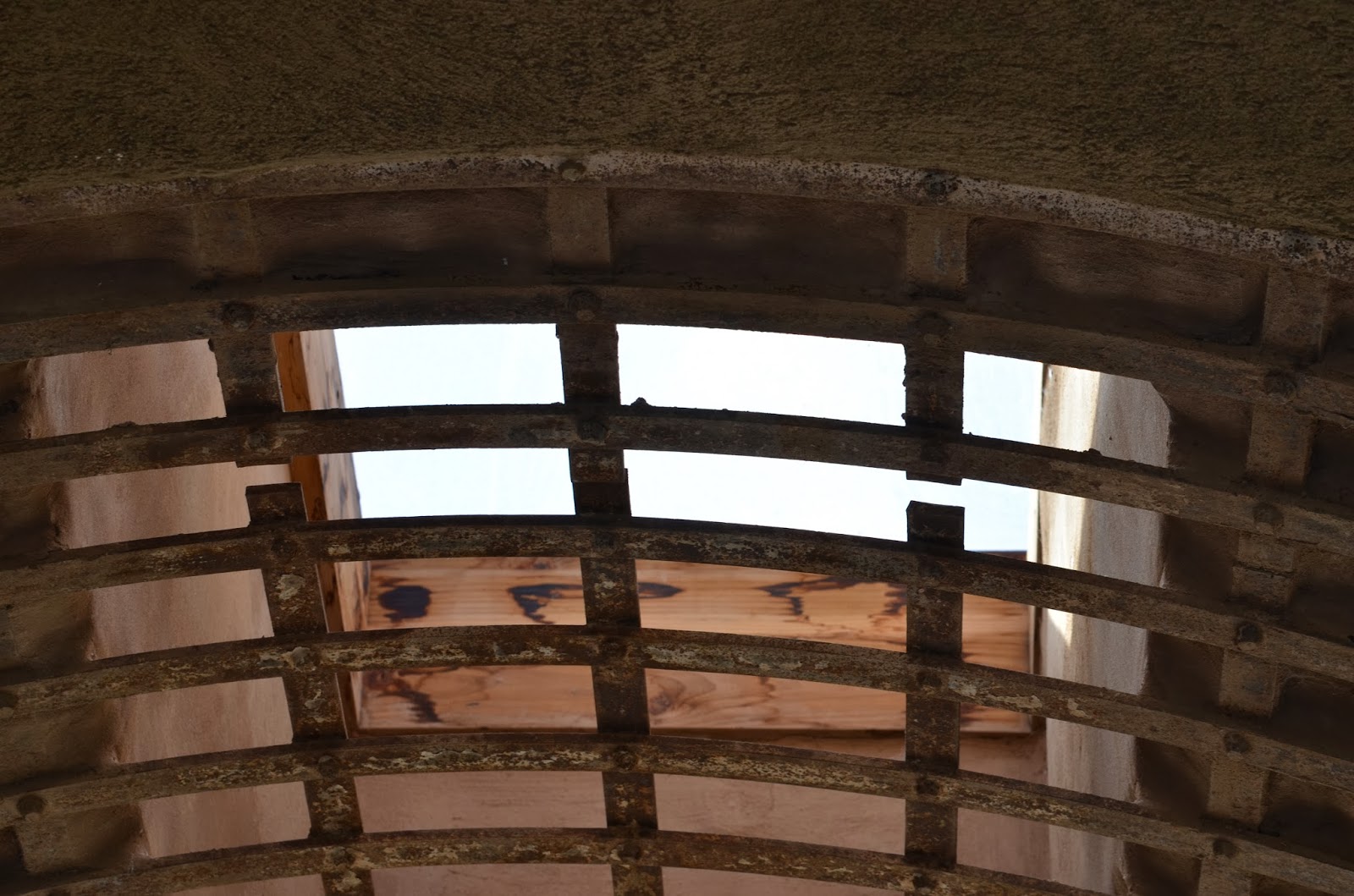 Situated on the original site of the Prison Mess Hall is a museum. 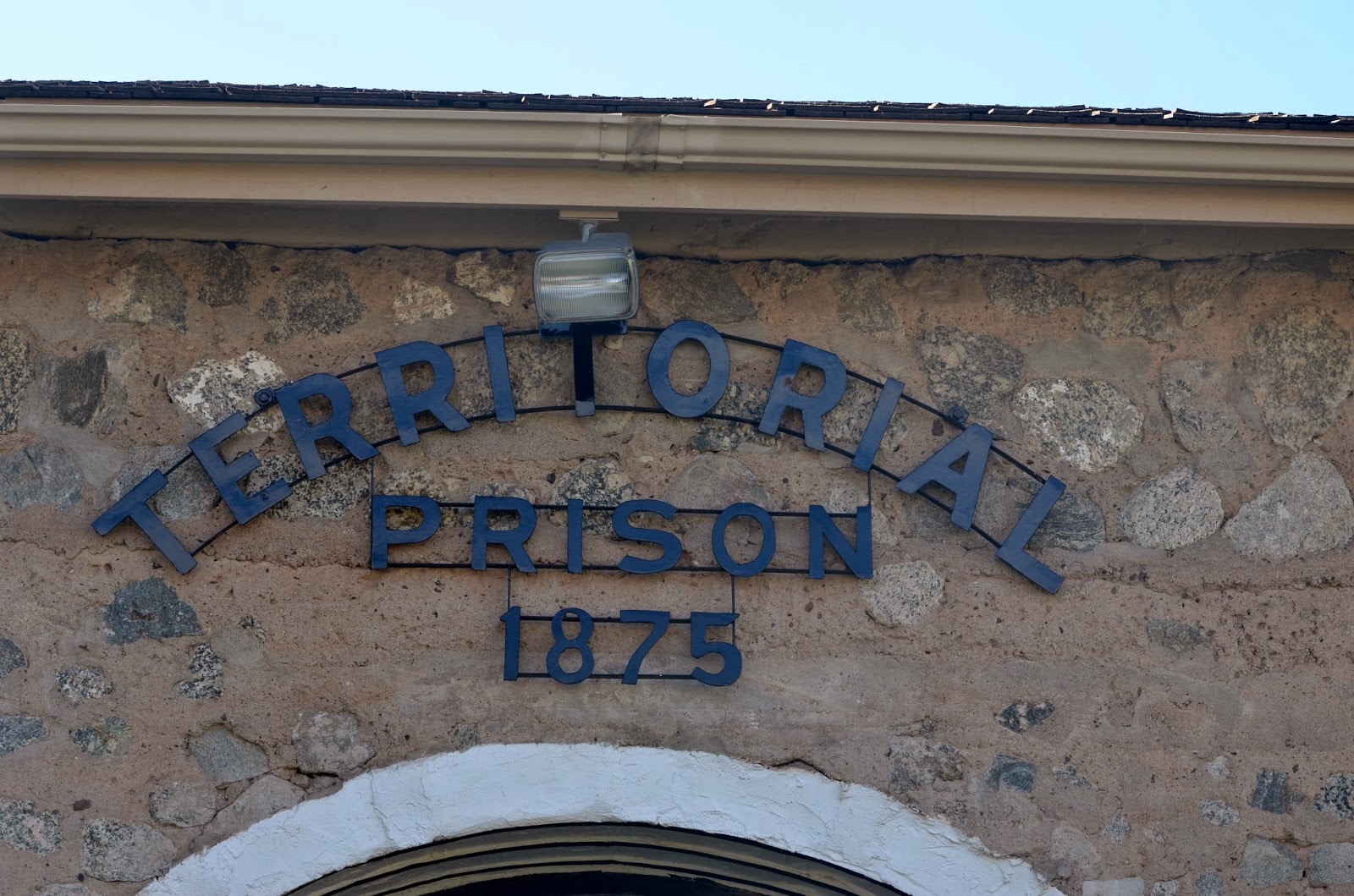 It was built with 60,000 adobe bricks made by "Yumans" during the Great Depression. We watched a short informative film describing some of the inmates along with history of the prison. It also houses photographs and exhibits of those who once "involuntarily" stayed here. 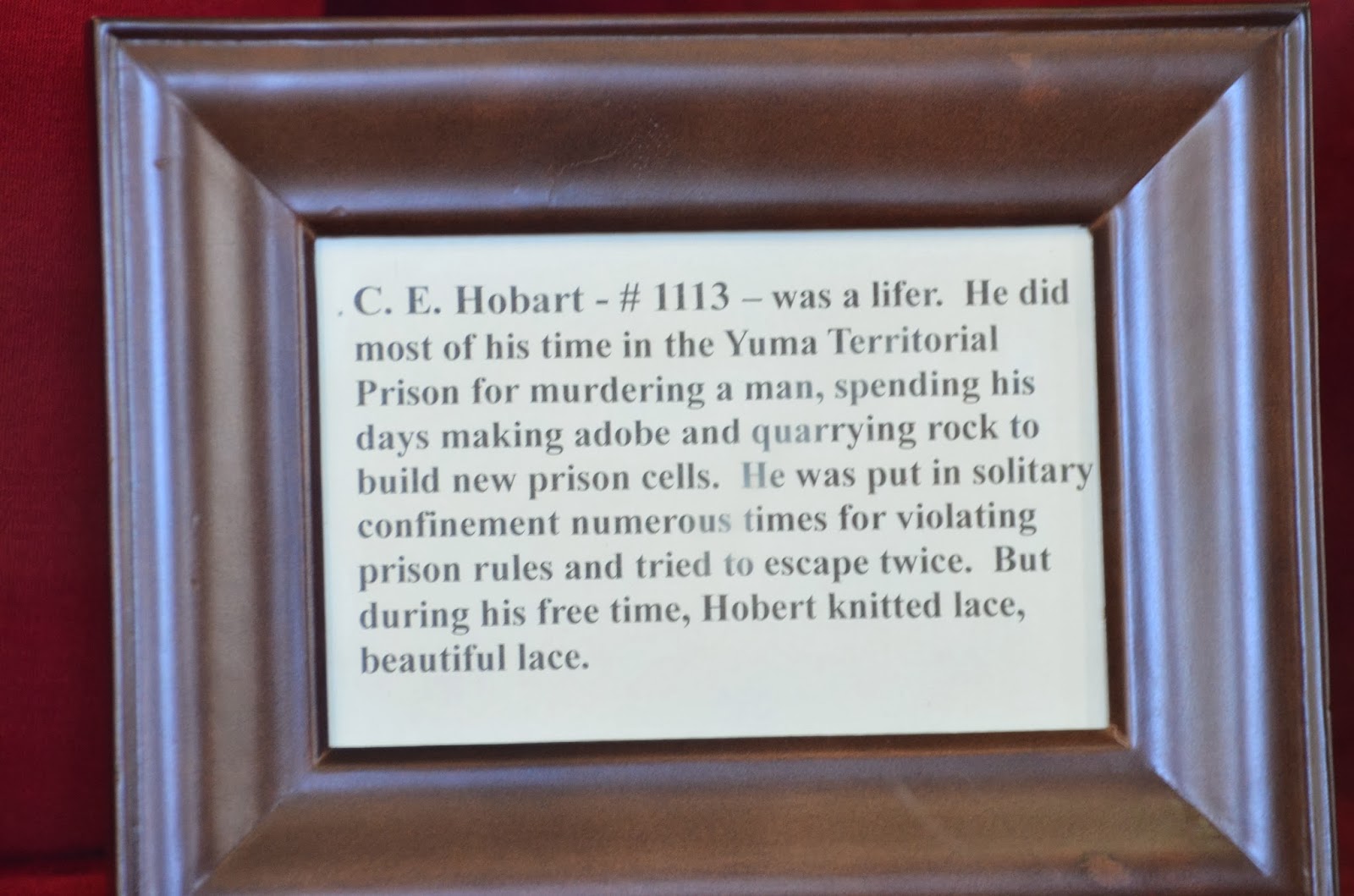 Its hard to imagine rough hands and fingers making something so delicate. 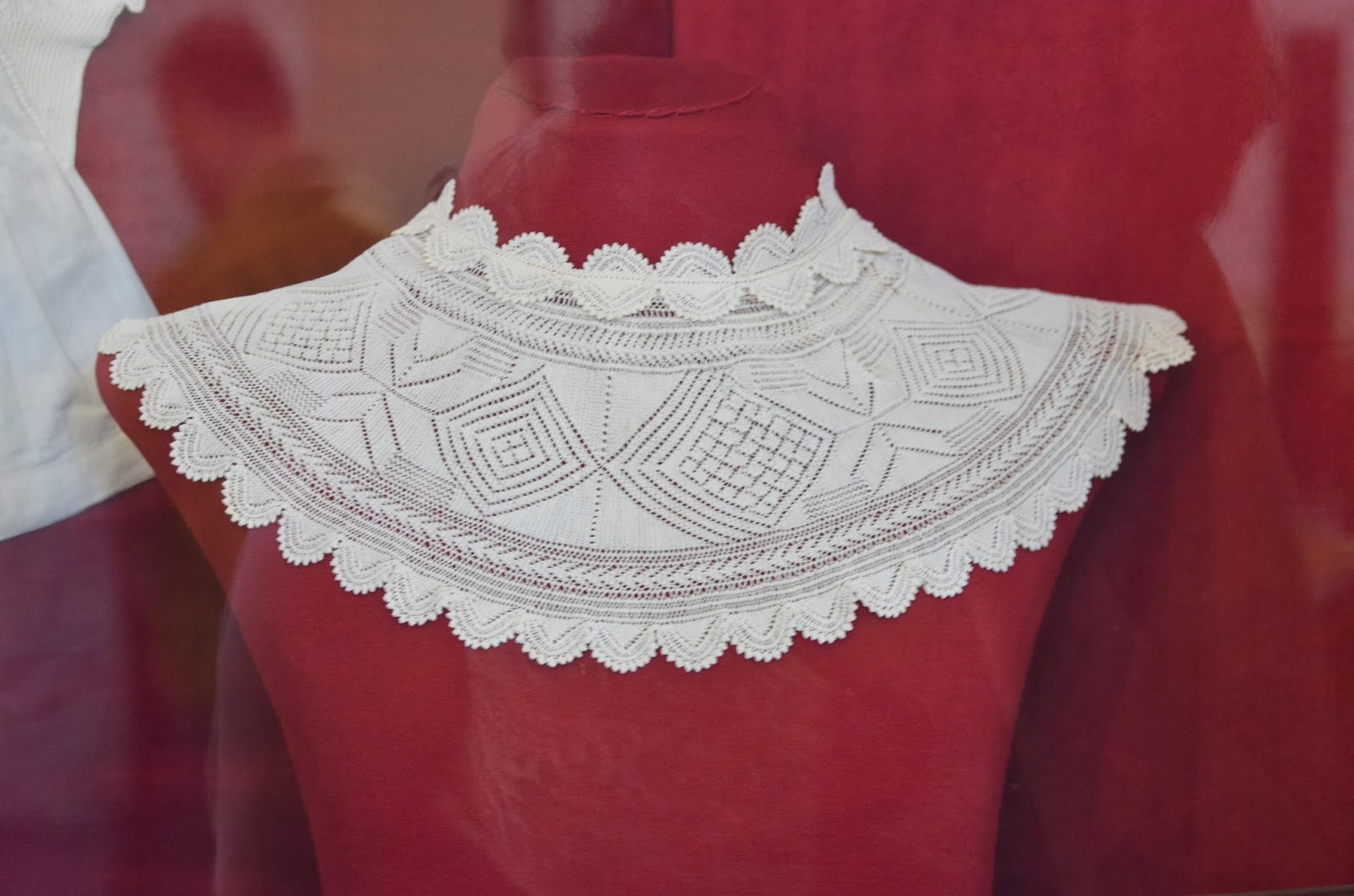 During their free time, prisoners hand-crafted many items. Those items were sold at public bazaars held at the prison on Sundays after church. I read that the money each prisoner made was kept by the prison and given to him/her upon their release. 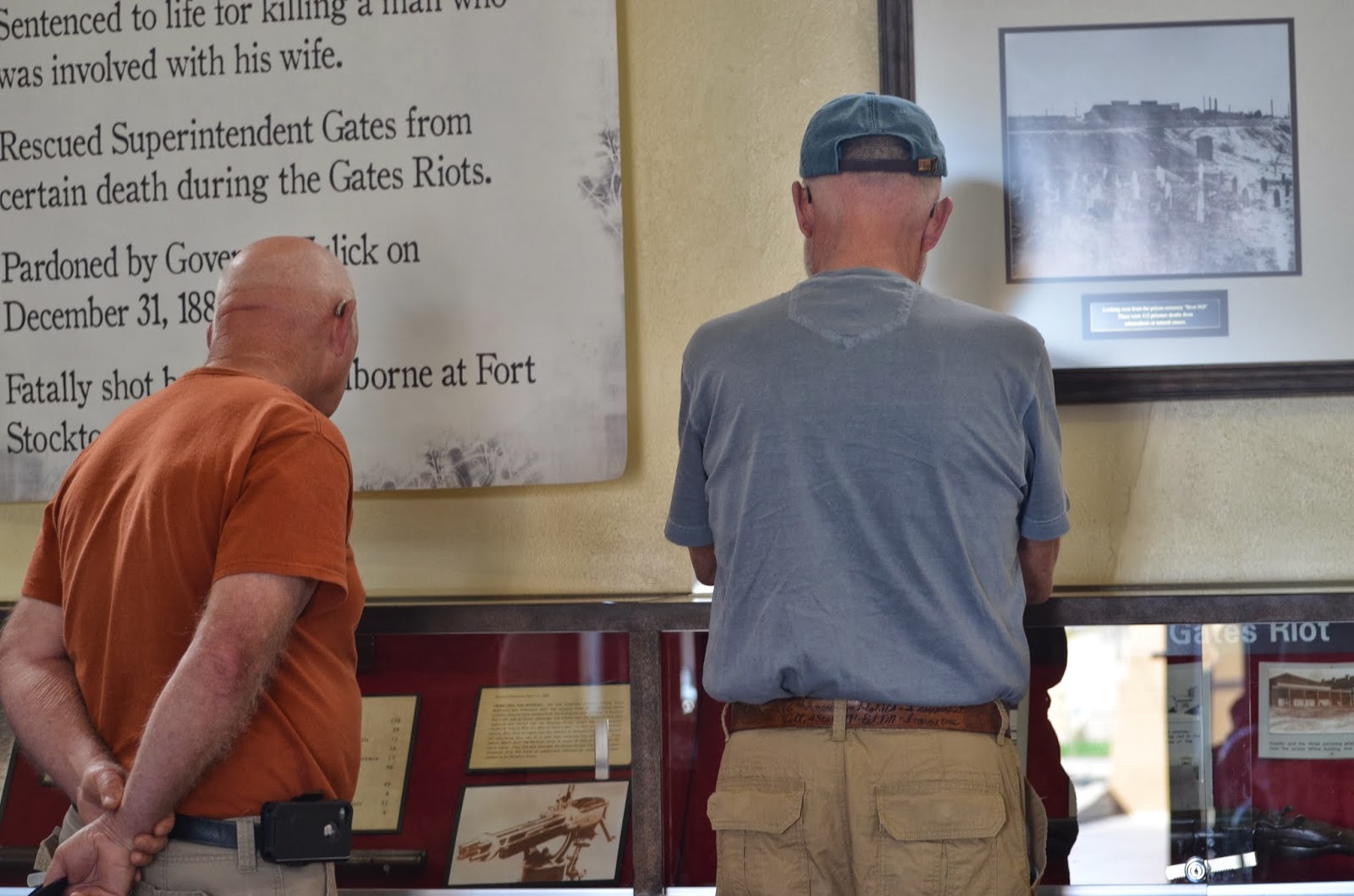 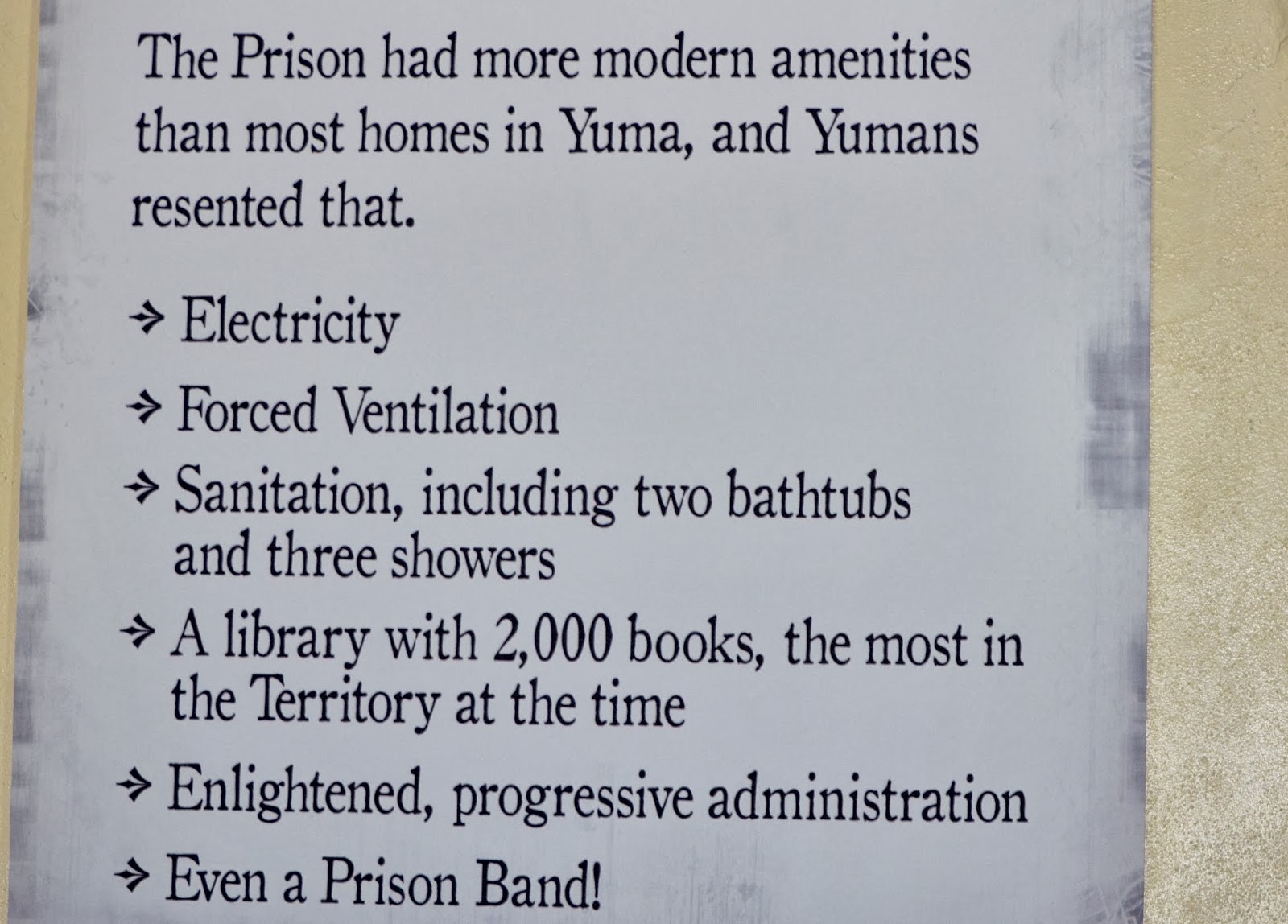 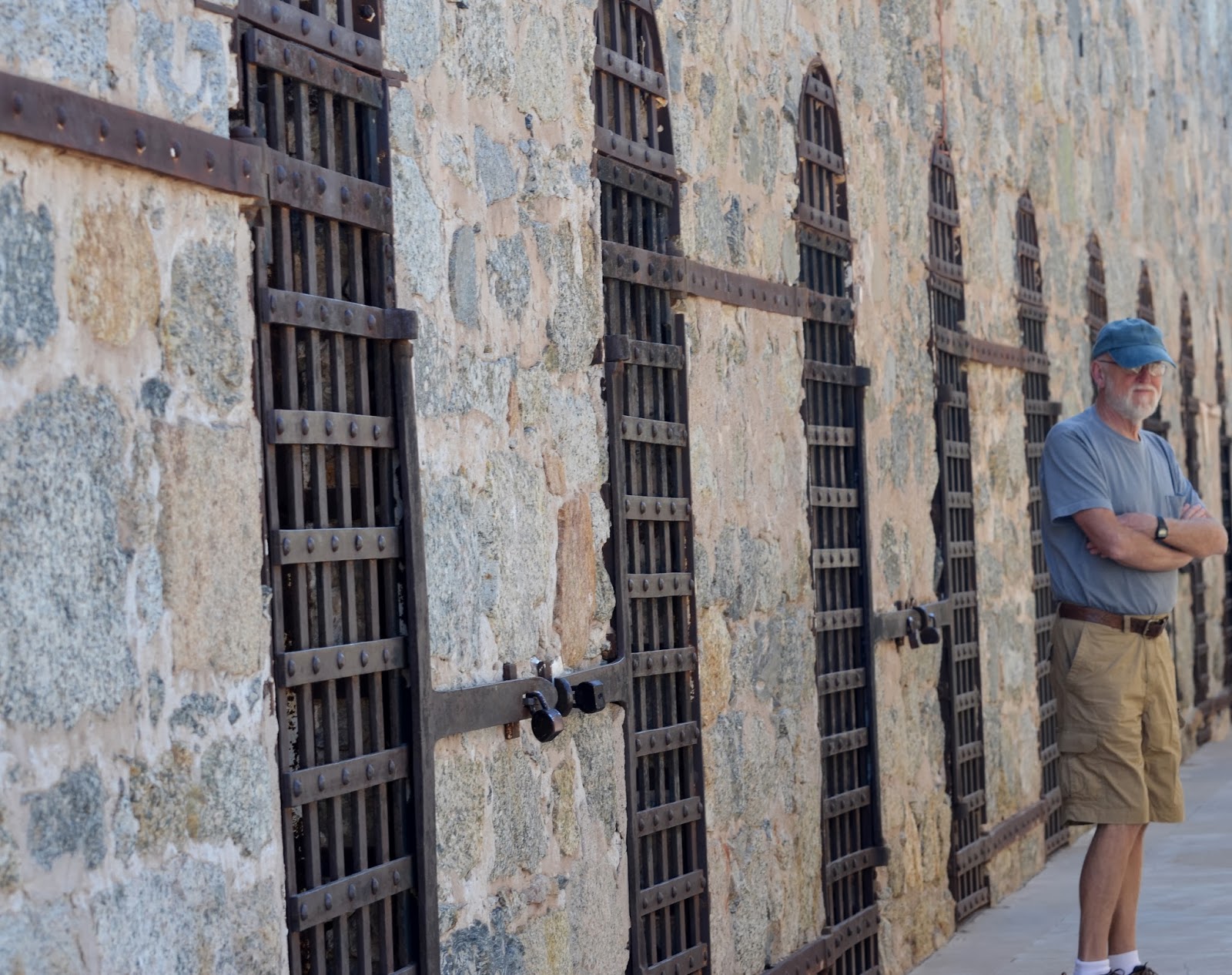 Behind the museum are original cell blocks. 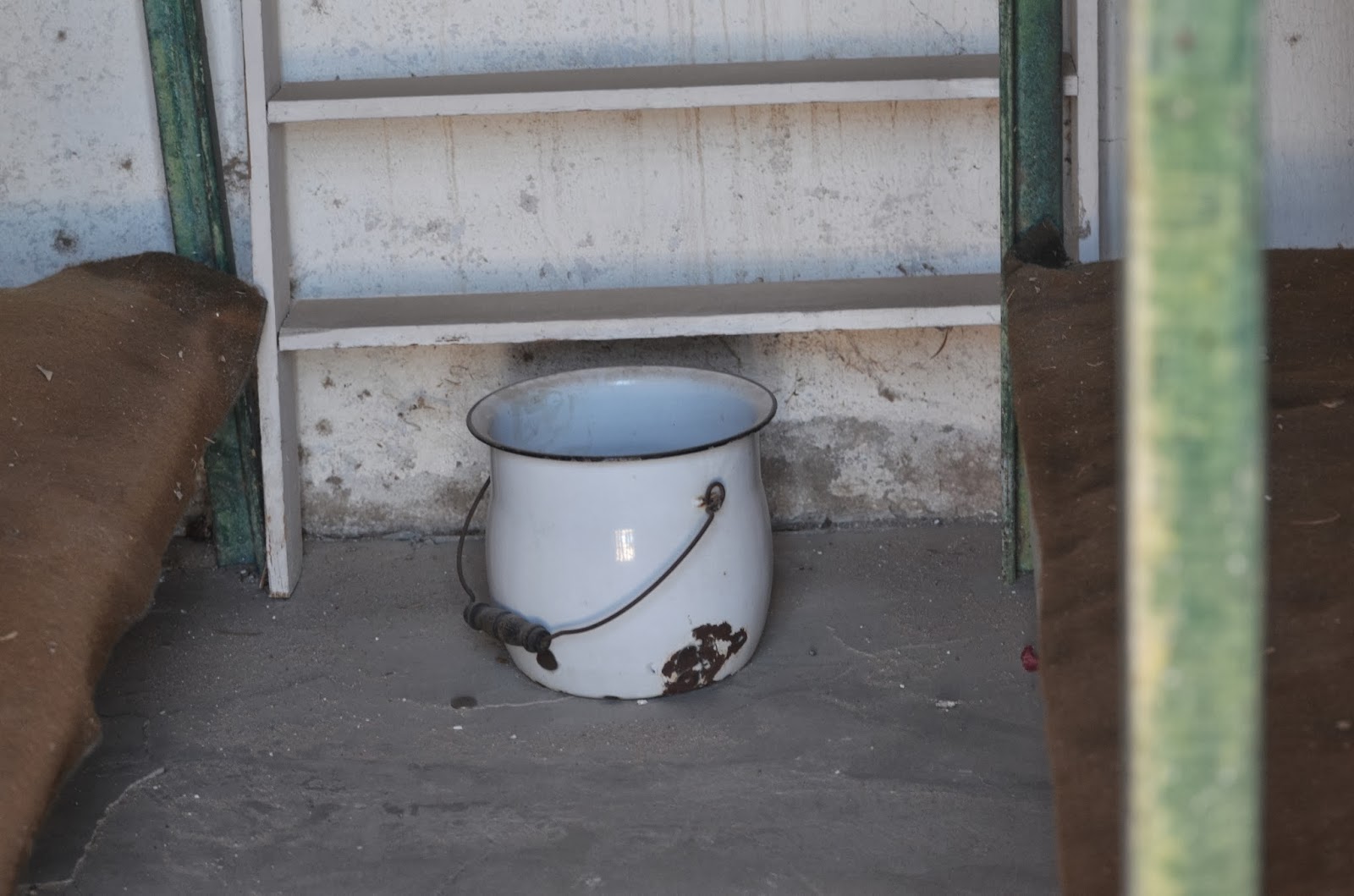 This area provides a vivid sense of what it was like to be a prisoner here. There were six prisoners to a cell with metal bunk beds and a pot. 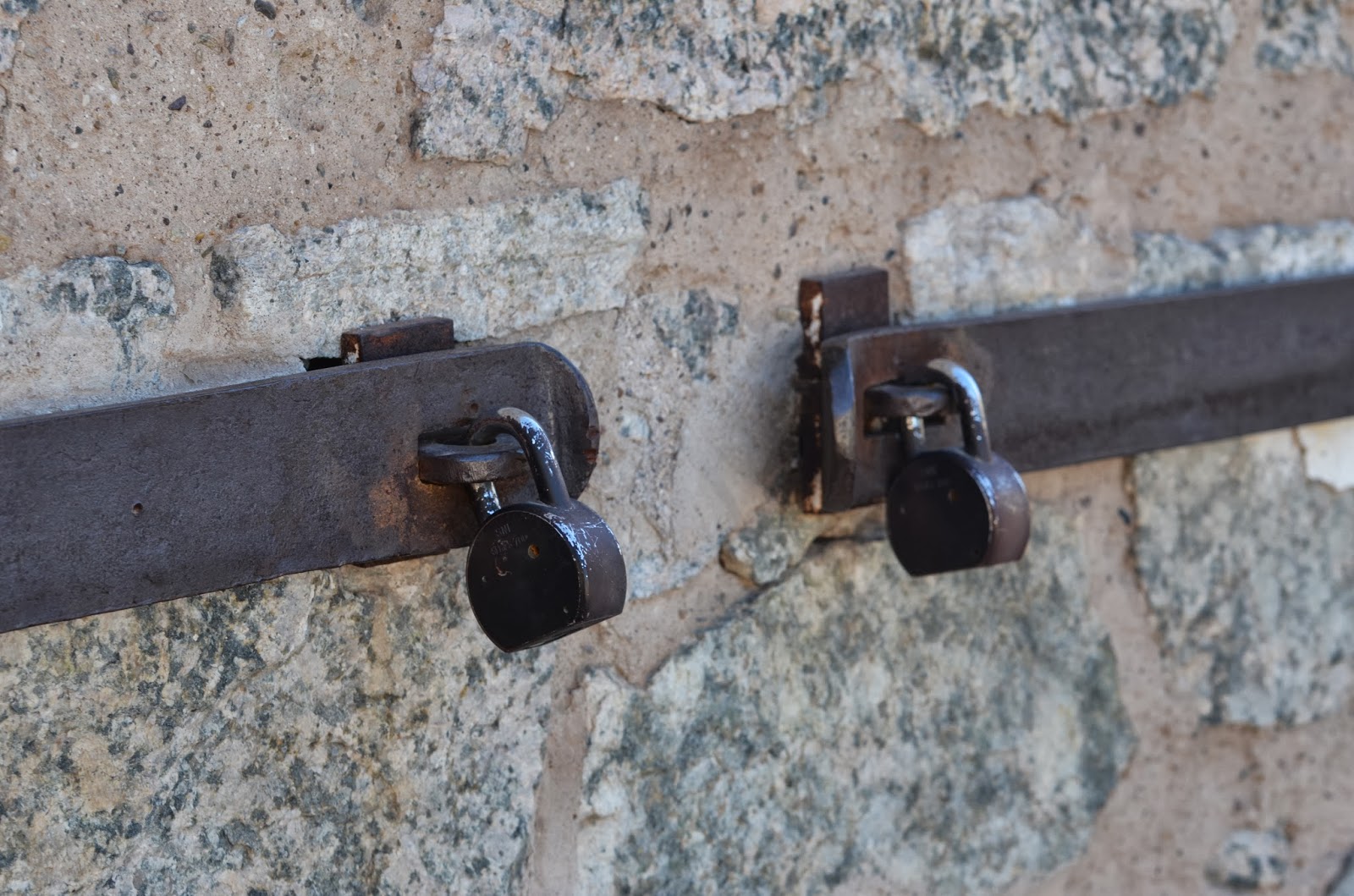 Written evidence indicates that the prison was humanely administered and a model institution for its time.  The prison housed one of the first "public" libraries in the territory and many inmates were taught to read and write.

In recent years, Arizona's budget crisis posed a new challenge for Yuma as the two state historic parks were threatened with closure. The community rallied to "save the parks" (Quartermaster Depot in late 2009 and the Yuma Territorial Prison in 2010) by forming the Yuma Crossing National Heritage Area and assumed management. Once again, with the help of grants, community fundraisers and capital funding from Arizona State Parks, major improvements to the grounds, buildings and exhibits have been completed. The City of Yuma celebrates the 100th anniversary of its charter under the laws of the new state of Arizona on April 7, 2014. Go Yuma! 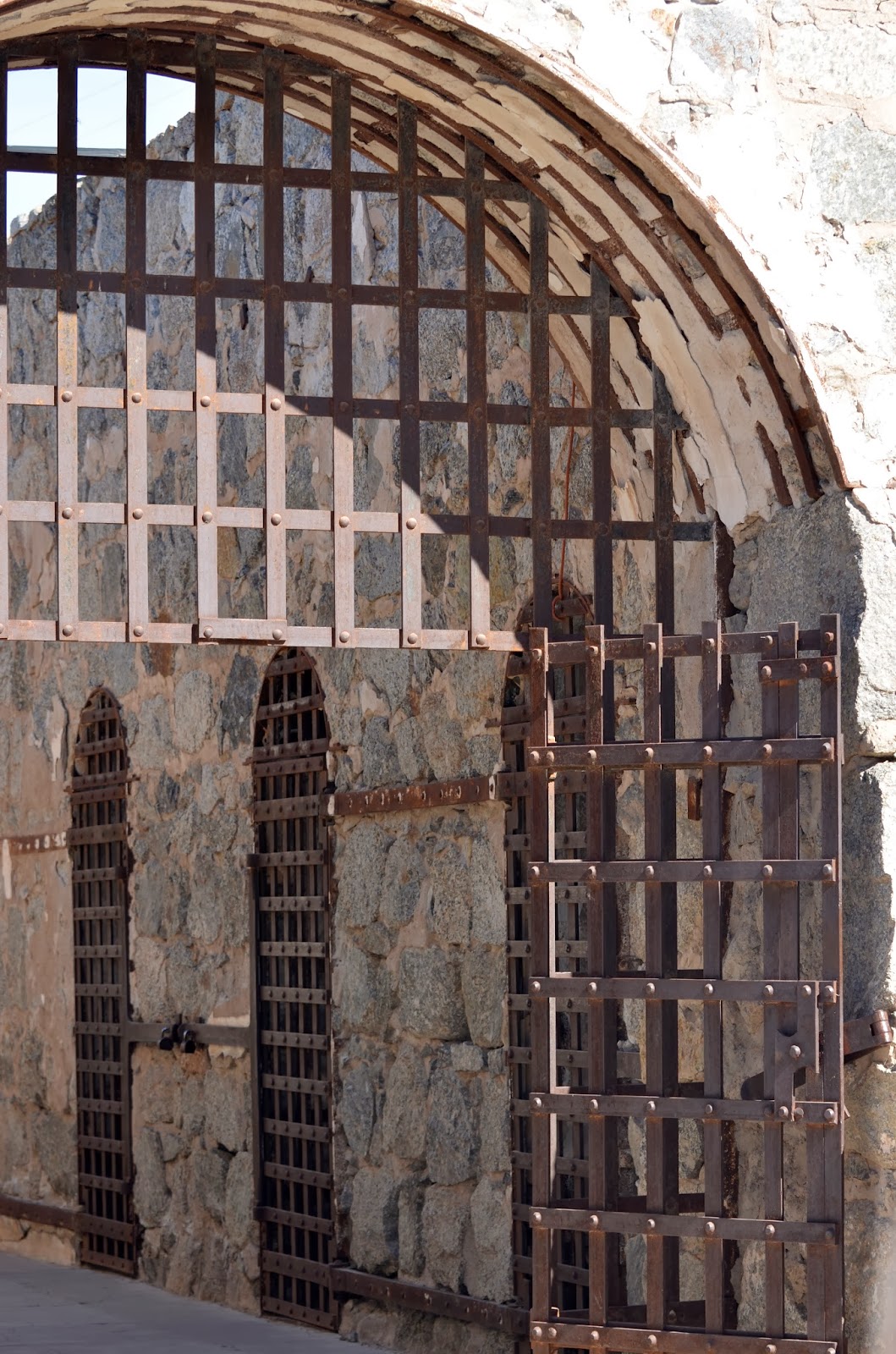 This is a wonderful historical site...well worth the time for a visit. 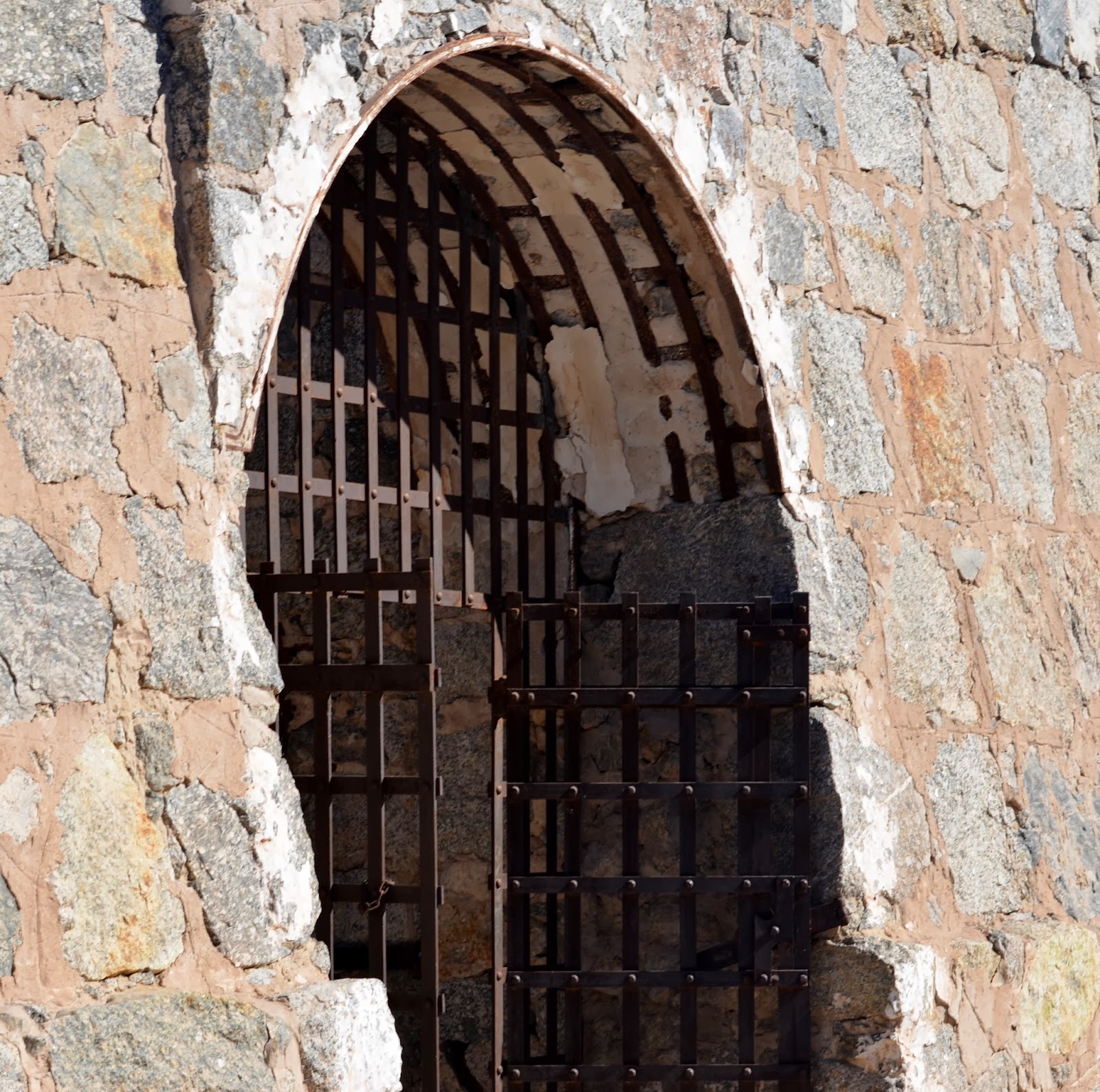 Up next...a ghost town and a pleasant surprise!
What a beauty this full moon was a couple of nights ago...
Until next time... 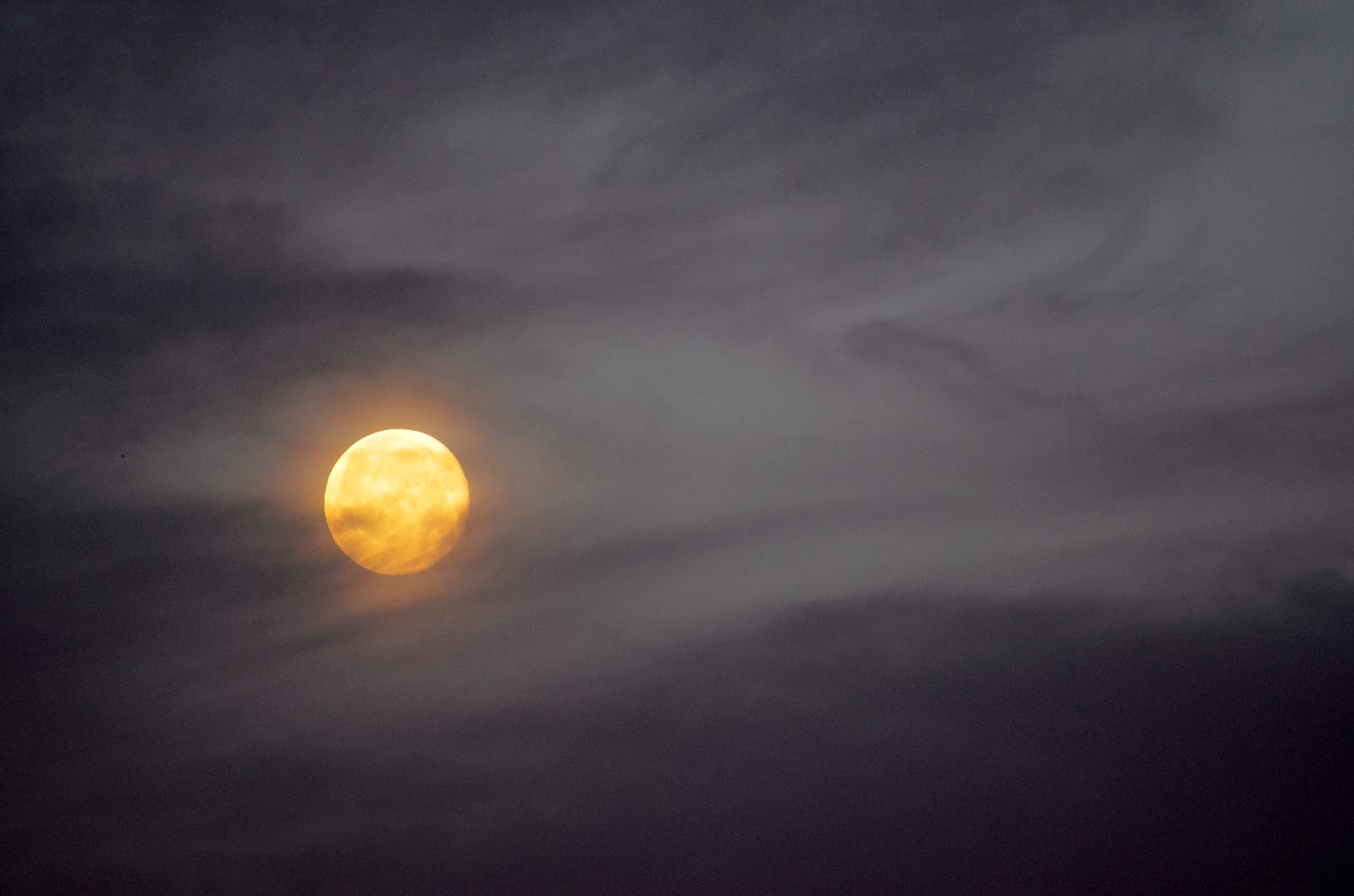