After doing my homework using my new The Sibley Guide to Birds and google, I concluded that I photographed a Clark's Nutcracker. The coloring, bill, size, habitat, and loud fussing noises helped in my decision. The one confusing factor is what they eat...mainly seed. 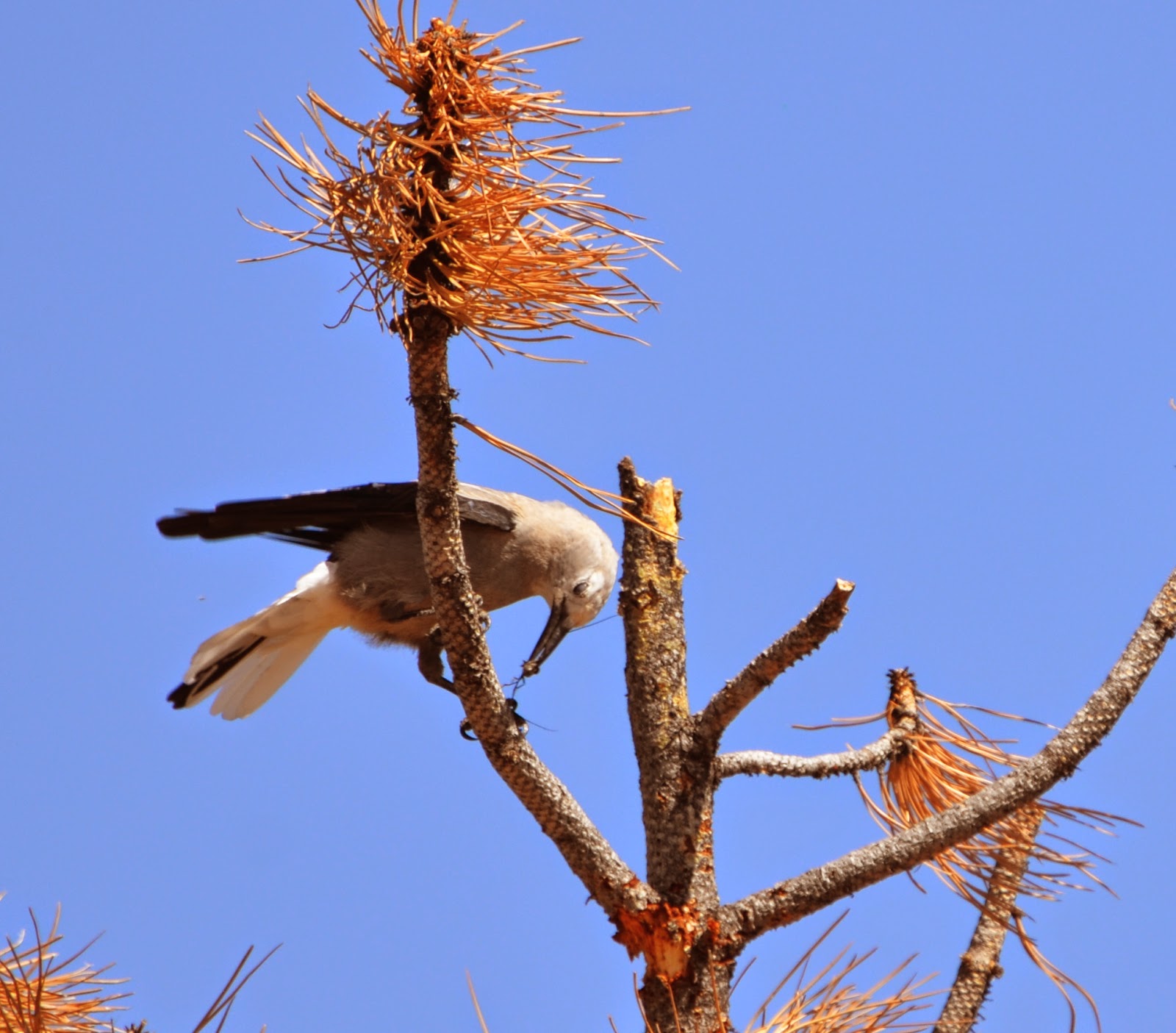 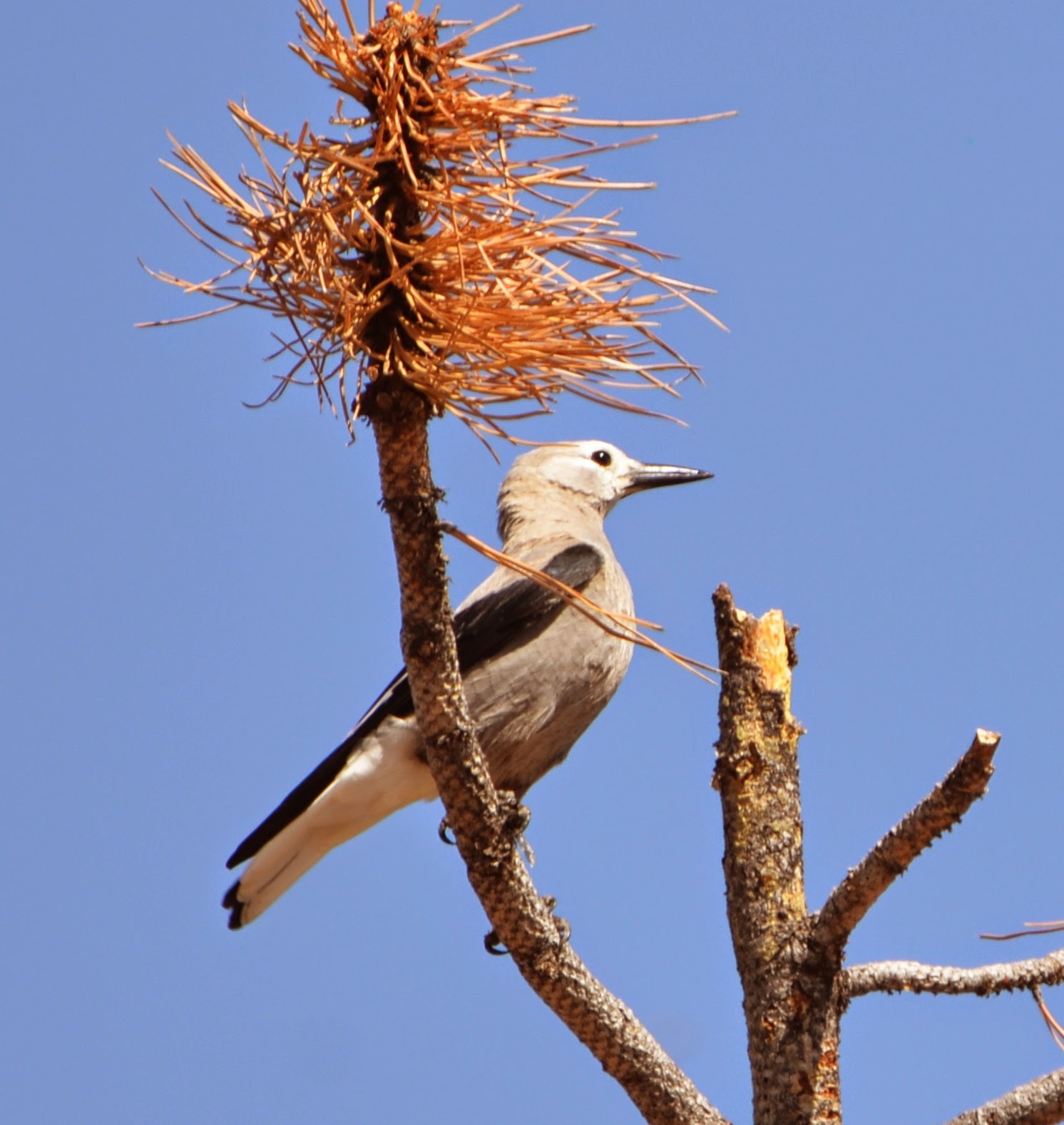 Even though their diet is mainly seeds, I did read they are omnivorous...flies must have been a real catch for the day! 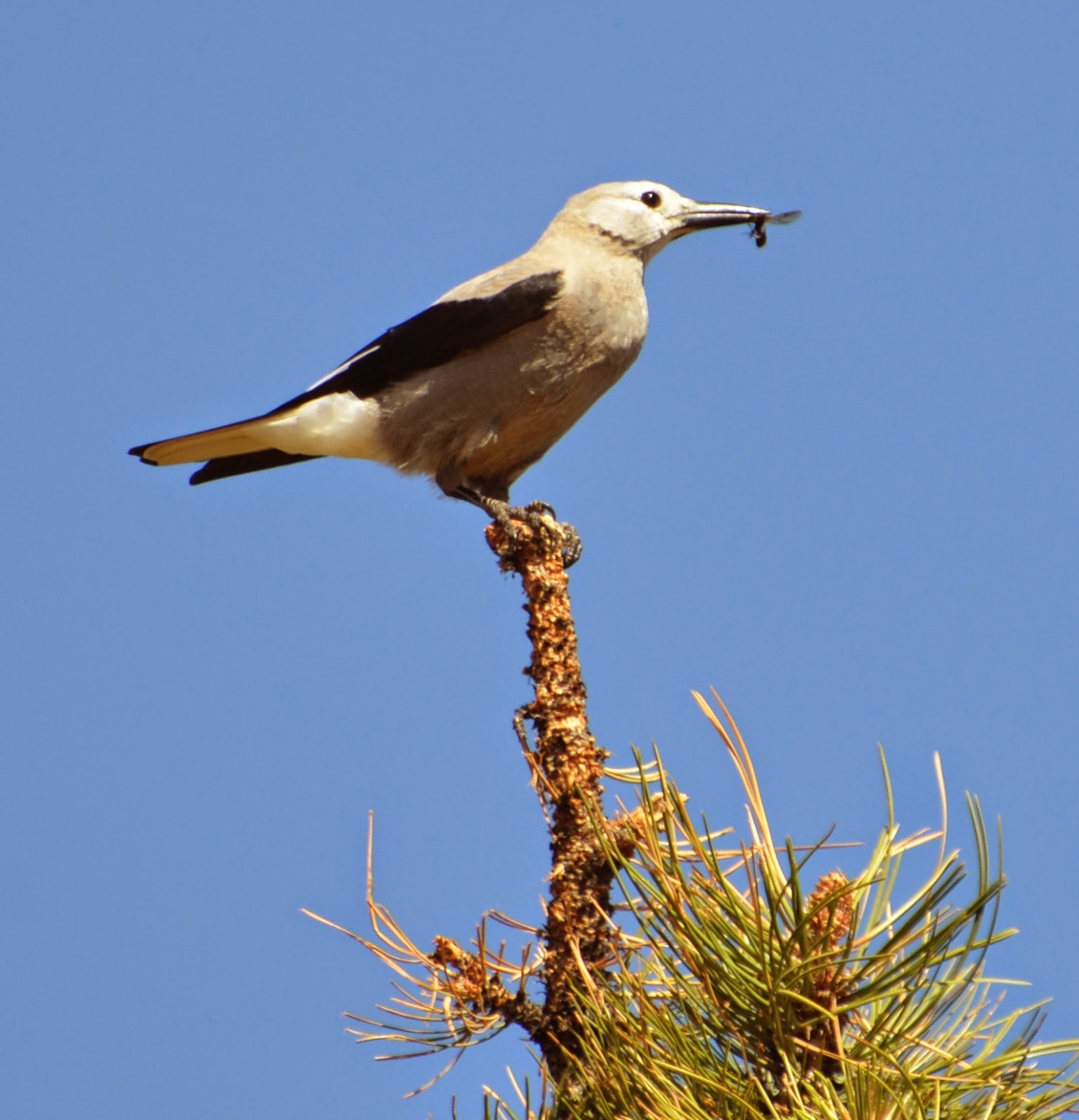 We saw two of these beauties...actually we heard them before we spotted them...carrying on quite a conversation. When it was time for us to go, they were both in the pine tree below. I hope they resolved whatever the issue seemed to be and their day ended on a nicer note! 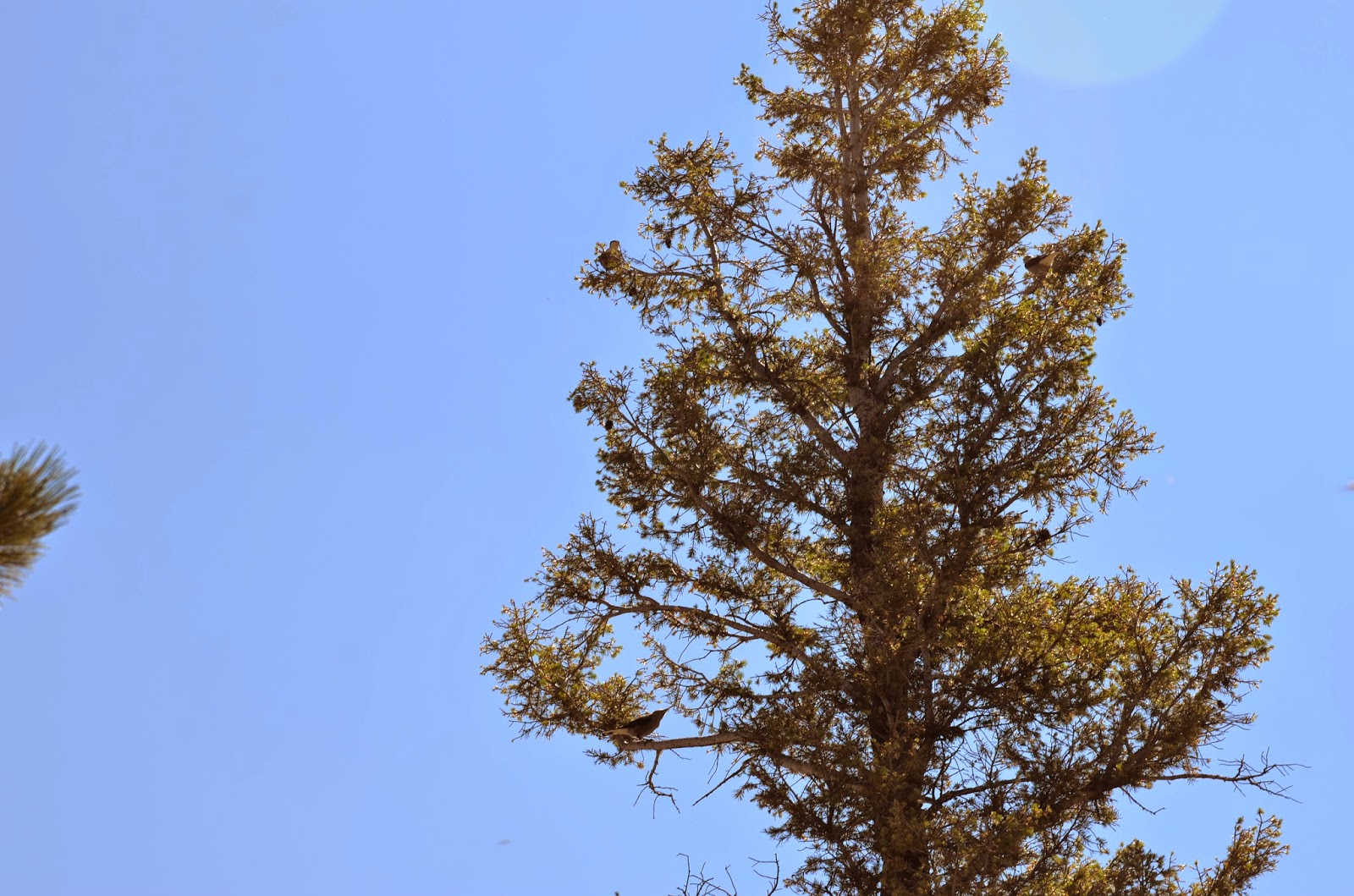 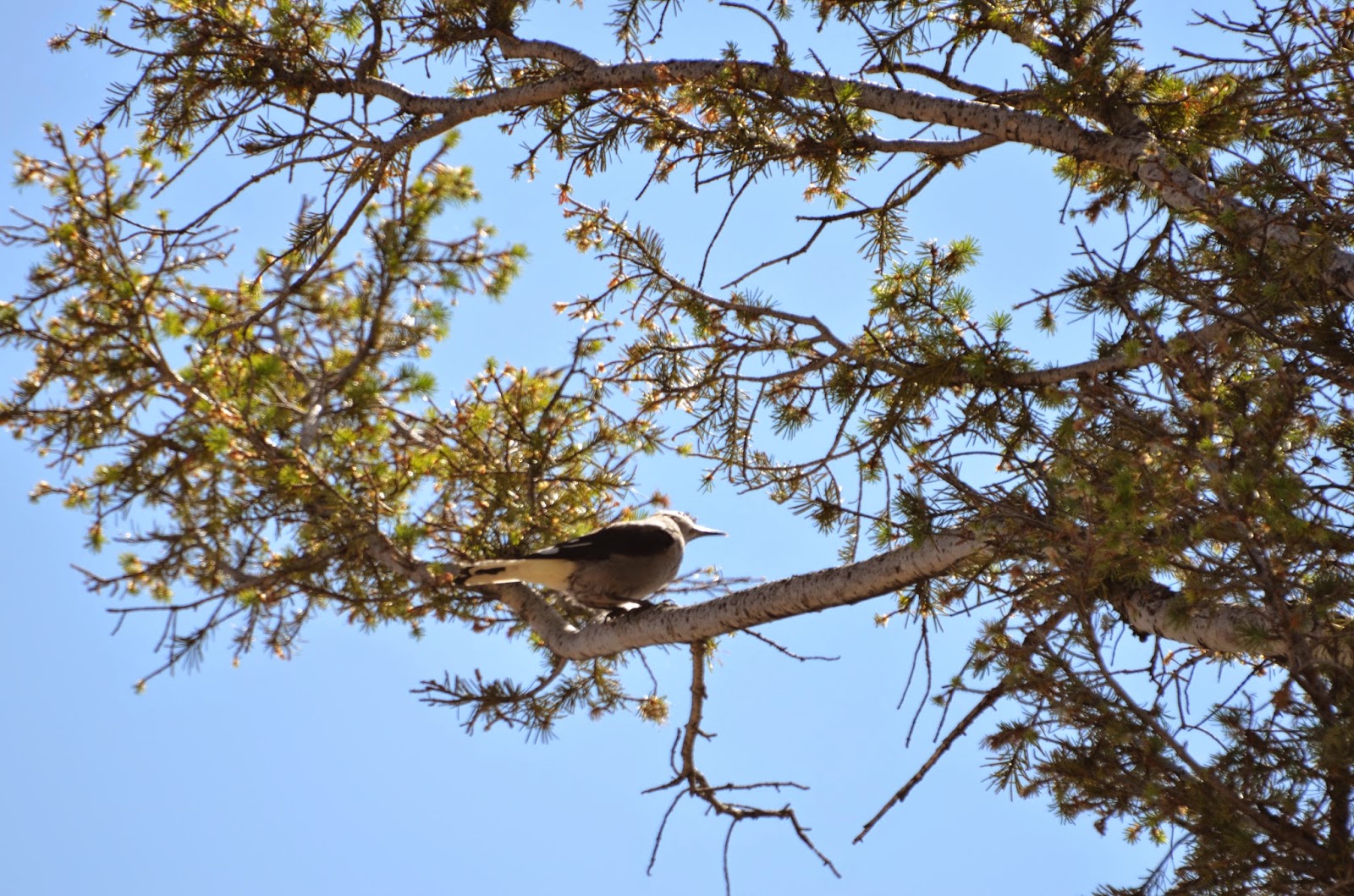 This was a first sighting of the Clark's Nutcracker for me. 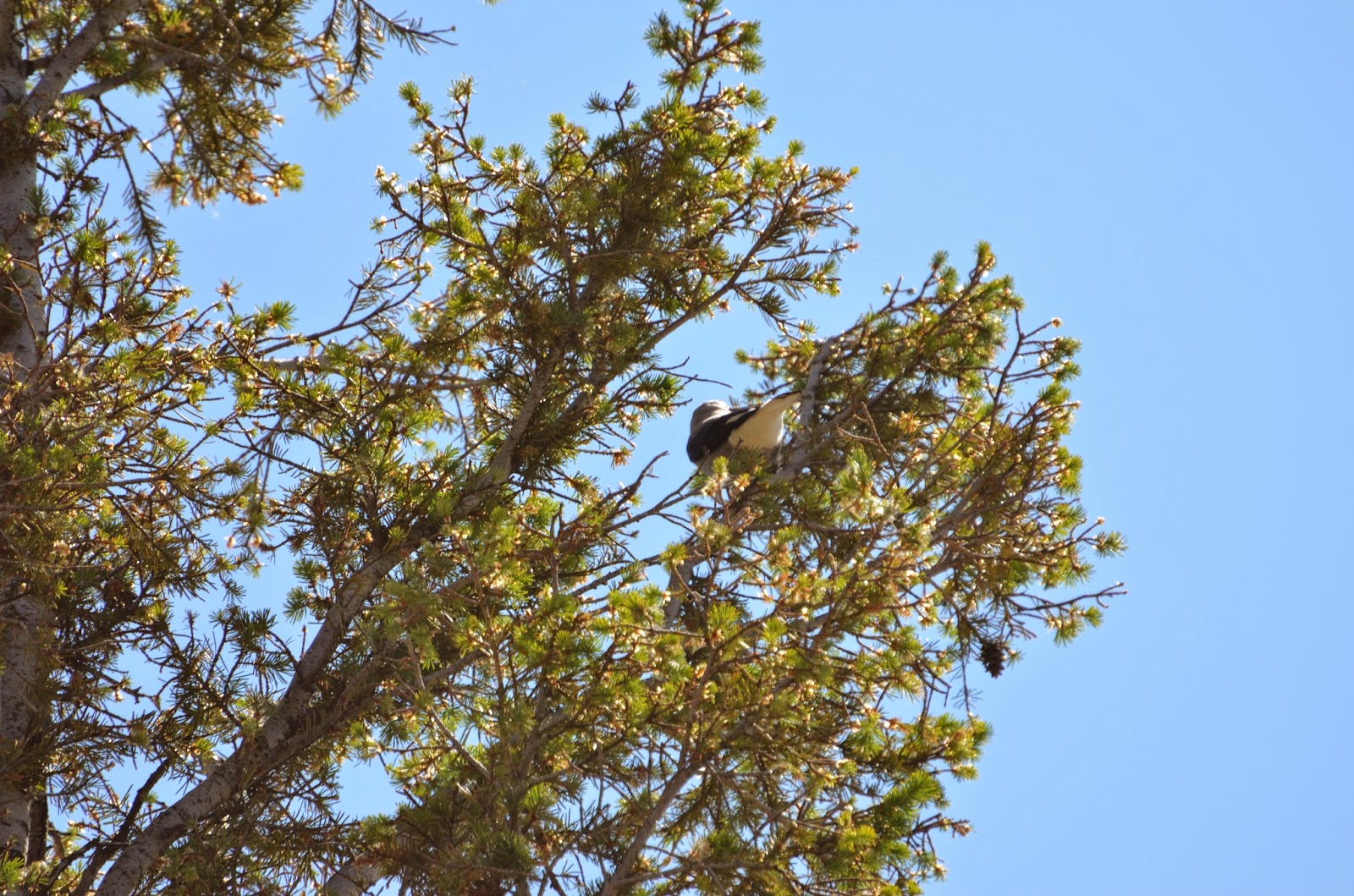 We had stopped on Mount Herman Road...a very nice gravel off-highway road when we saw them. 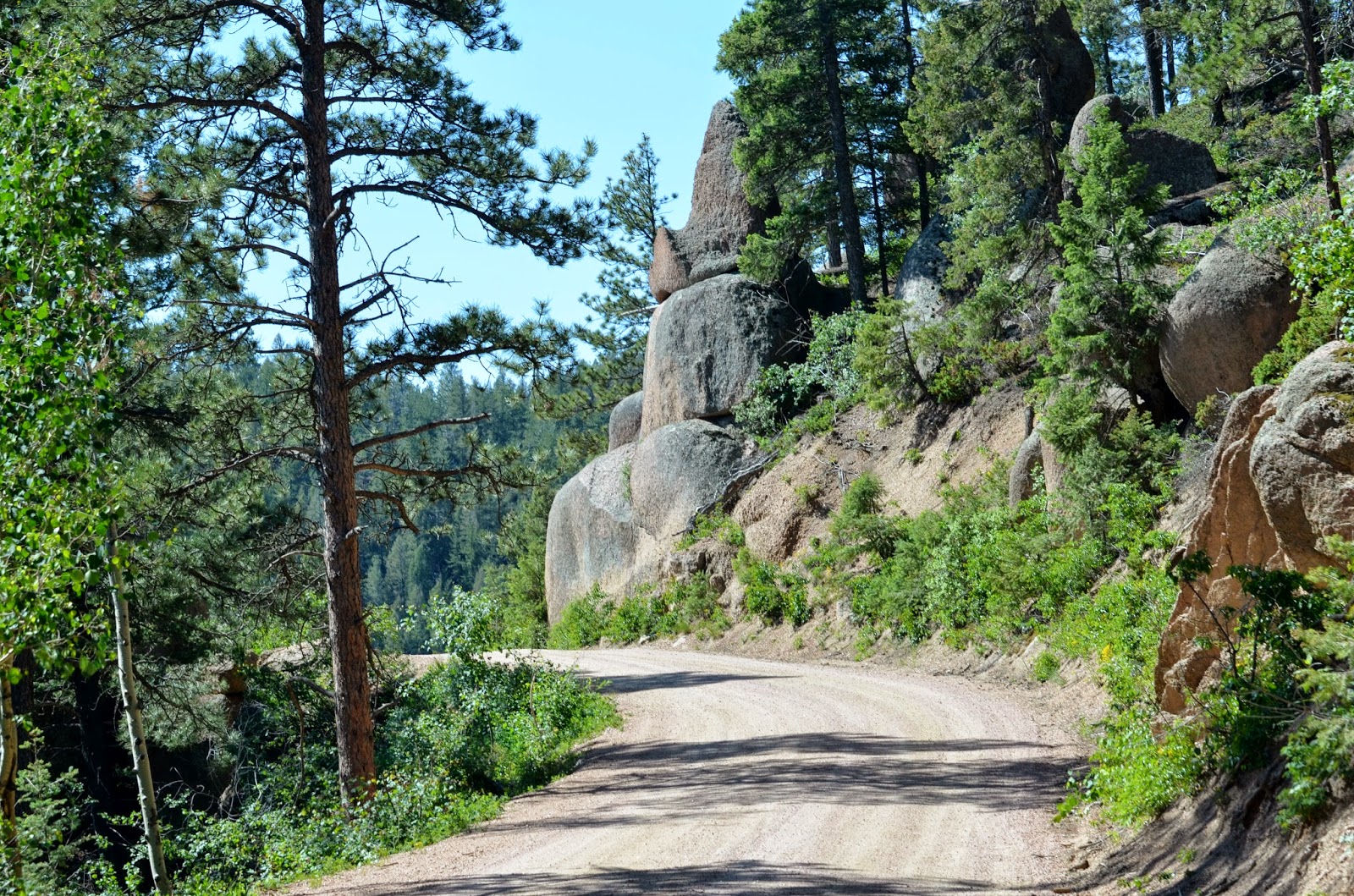 We also ordered another book...Guide to Colorado Backroads & 4-Wheel-Drive Trails by Charles A. Wells. Unlike the Moab edition, this guide covers all of Colorado. There are 16 trails listed for the Colorado Springs, Pueblo and Pikes Peak Region. Twelve of those are rated easy and moderate. Our pick for the day was Mt. Herman Road, Rampart Range...one of the easy trails about 36 miles in length.

As I was looking back in the book for a reference to post about the ride, I saw two pictures I had taken that were also in the guide. The picture below is one of them. The description under the picture in the guide states...

Mt. Herman as it climbs out of Monument.

Not in the guide was a picture of rocks
we dubbed...The Noses! 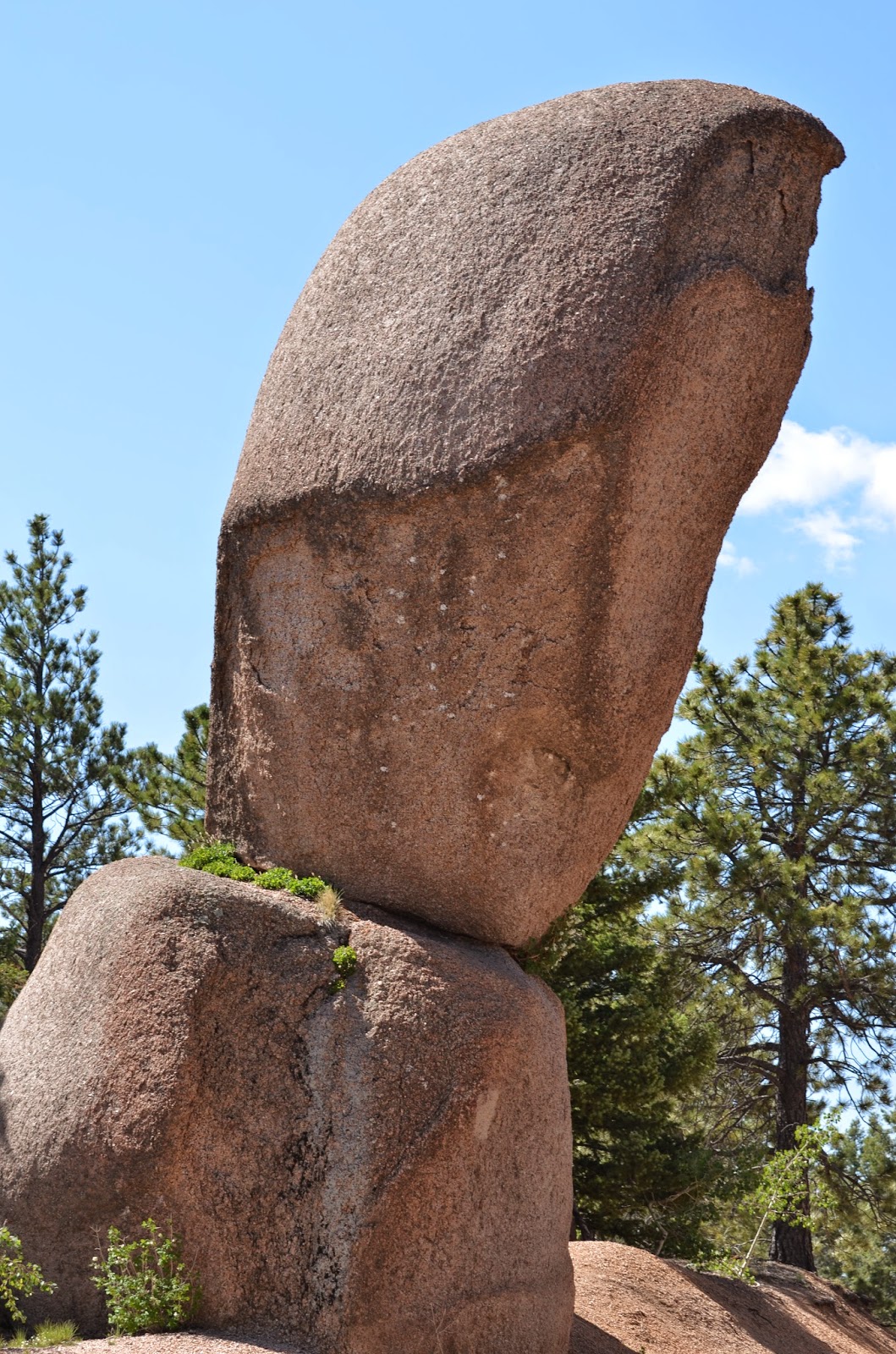 This was  the stopping spot at the top of Mt. Herman where I photographed the Clark's Nutcrackers.  And below is the other picture included in the guide. 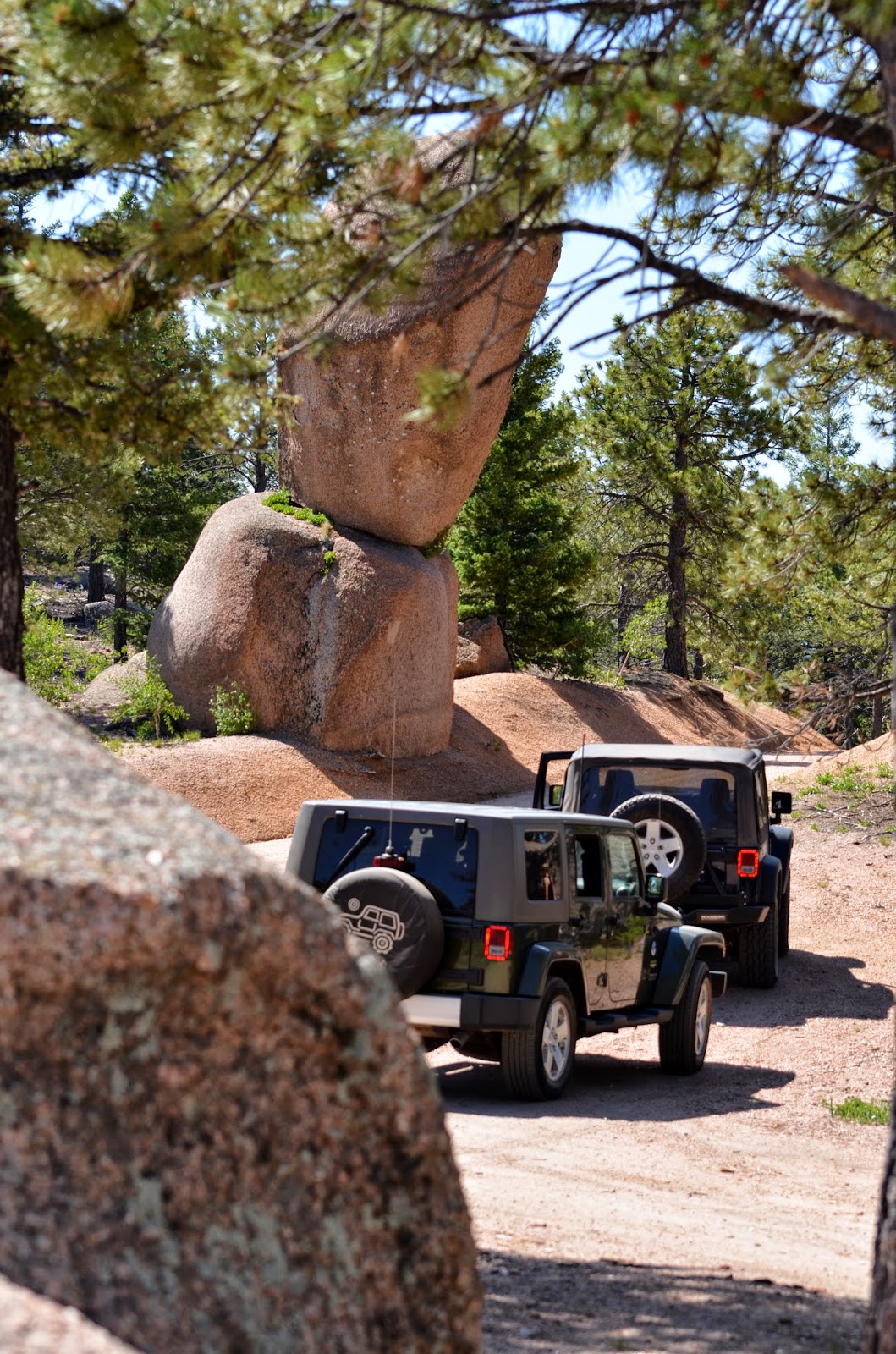 There is a crack there you know...

I had read about the butterflies on Mt. Herman. We were not disappointed as they flew along with us on the trail...big and little, orange, yellow and white ones fluttering all around. They were enjoying the wildflowers and gorgeous day as much as we were! 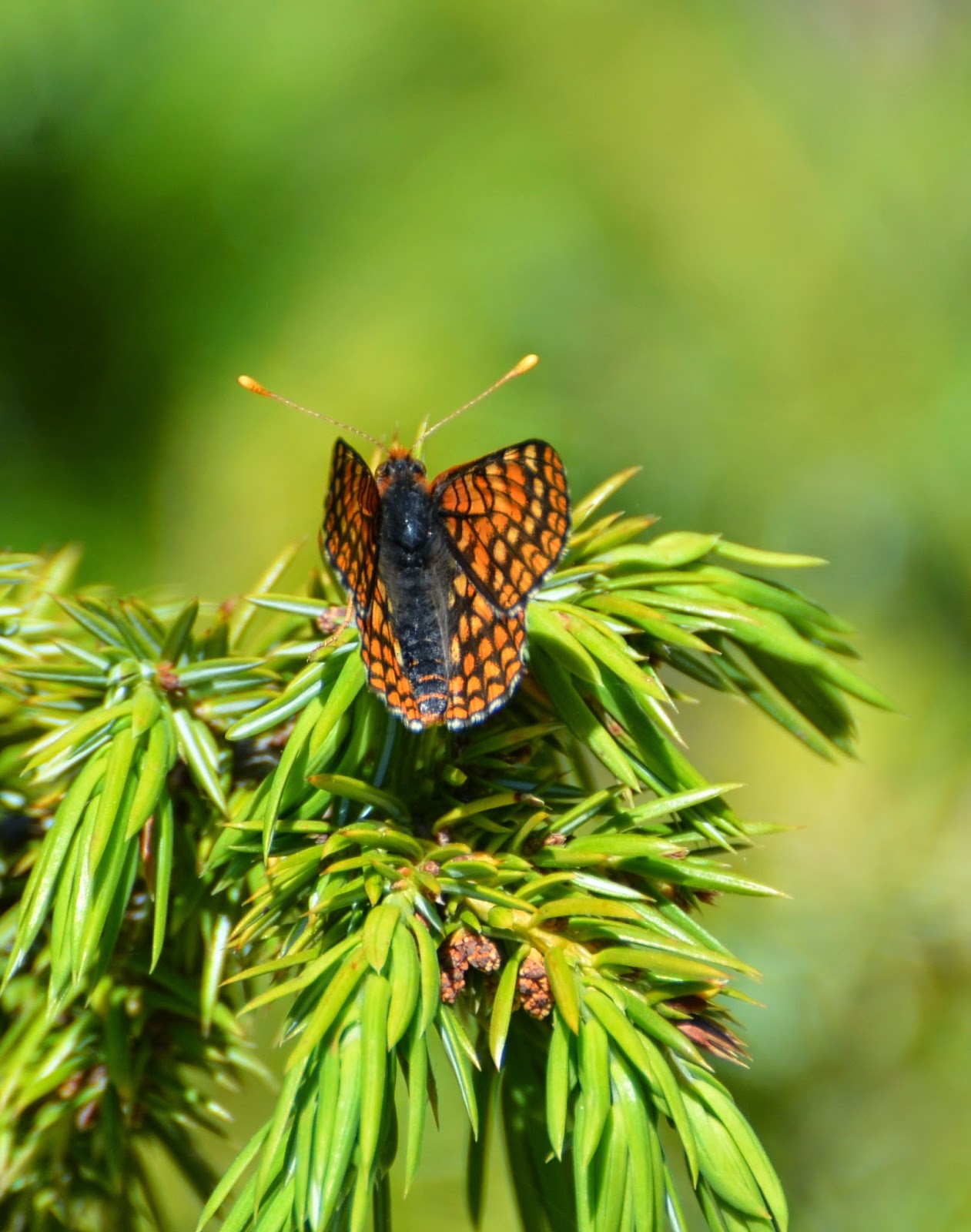 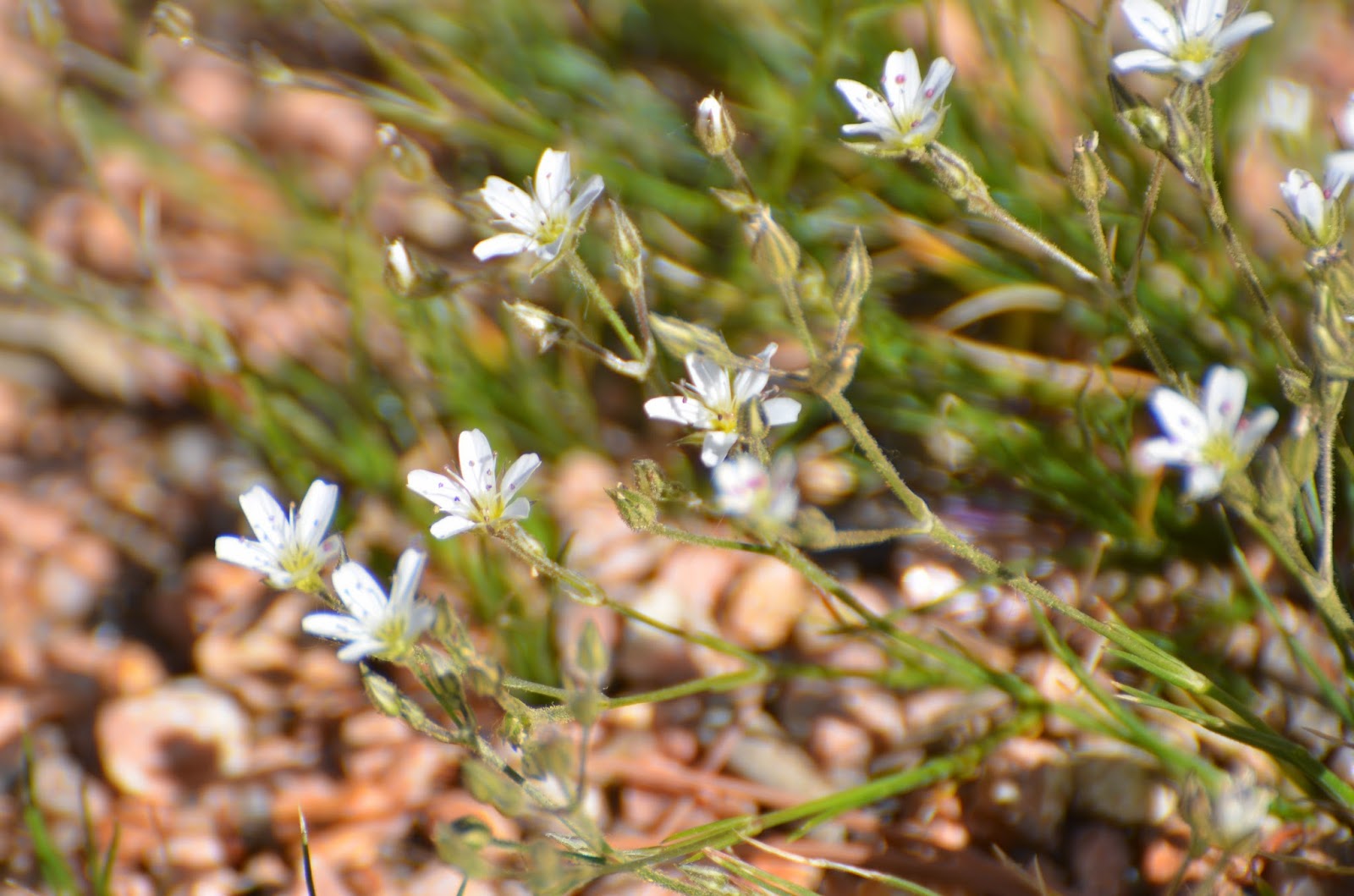 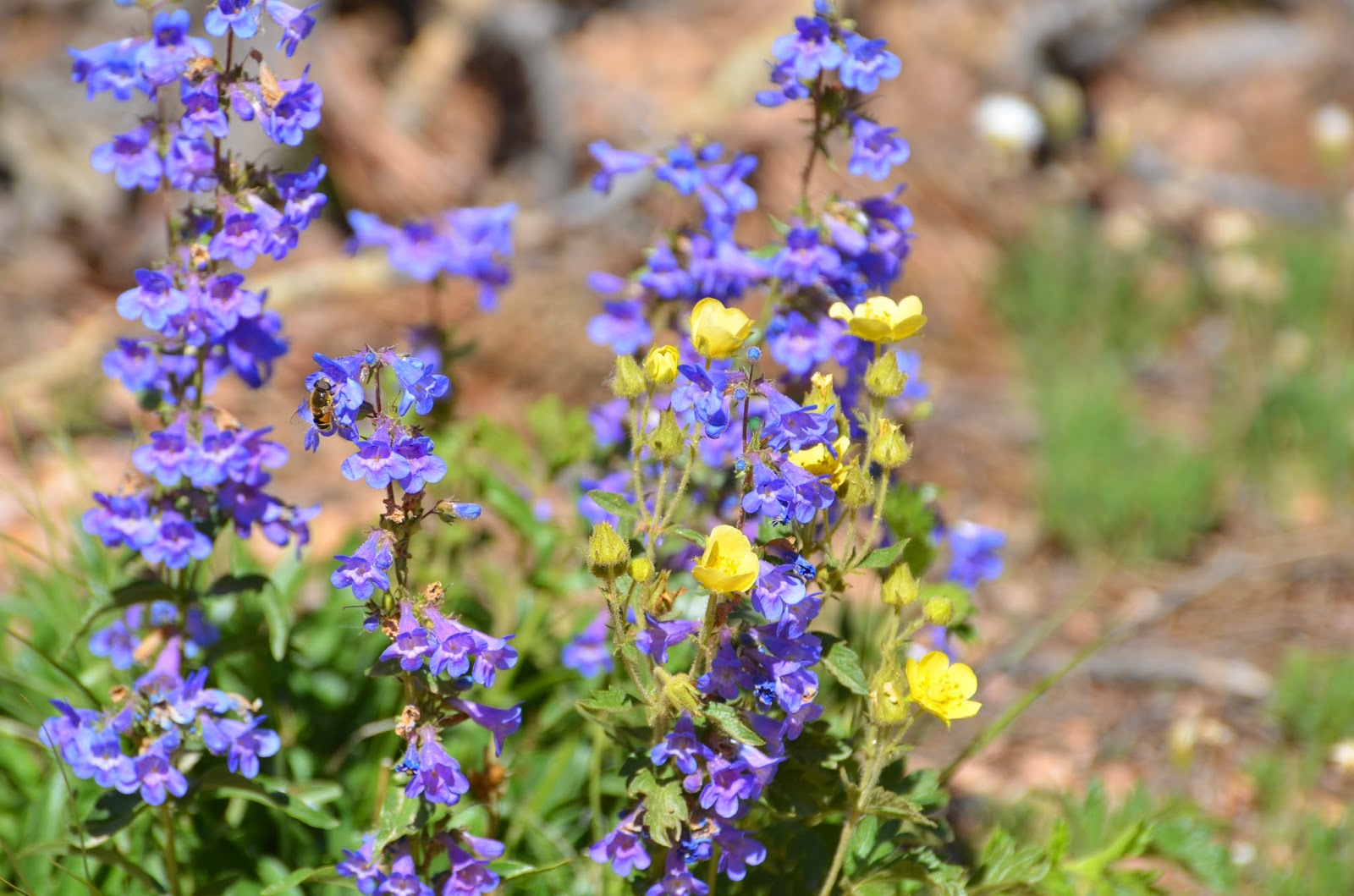 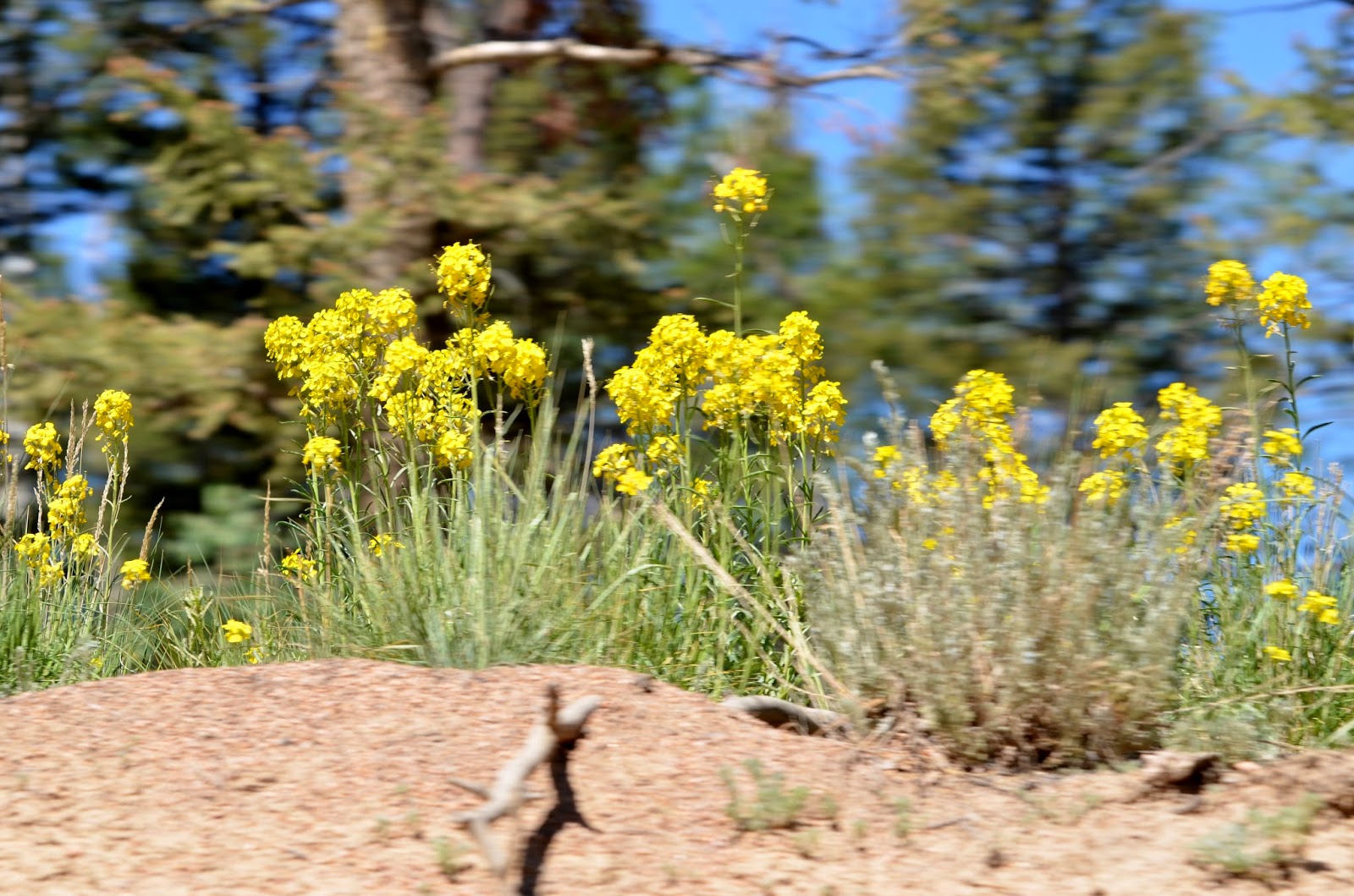 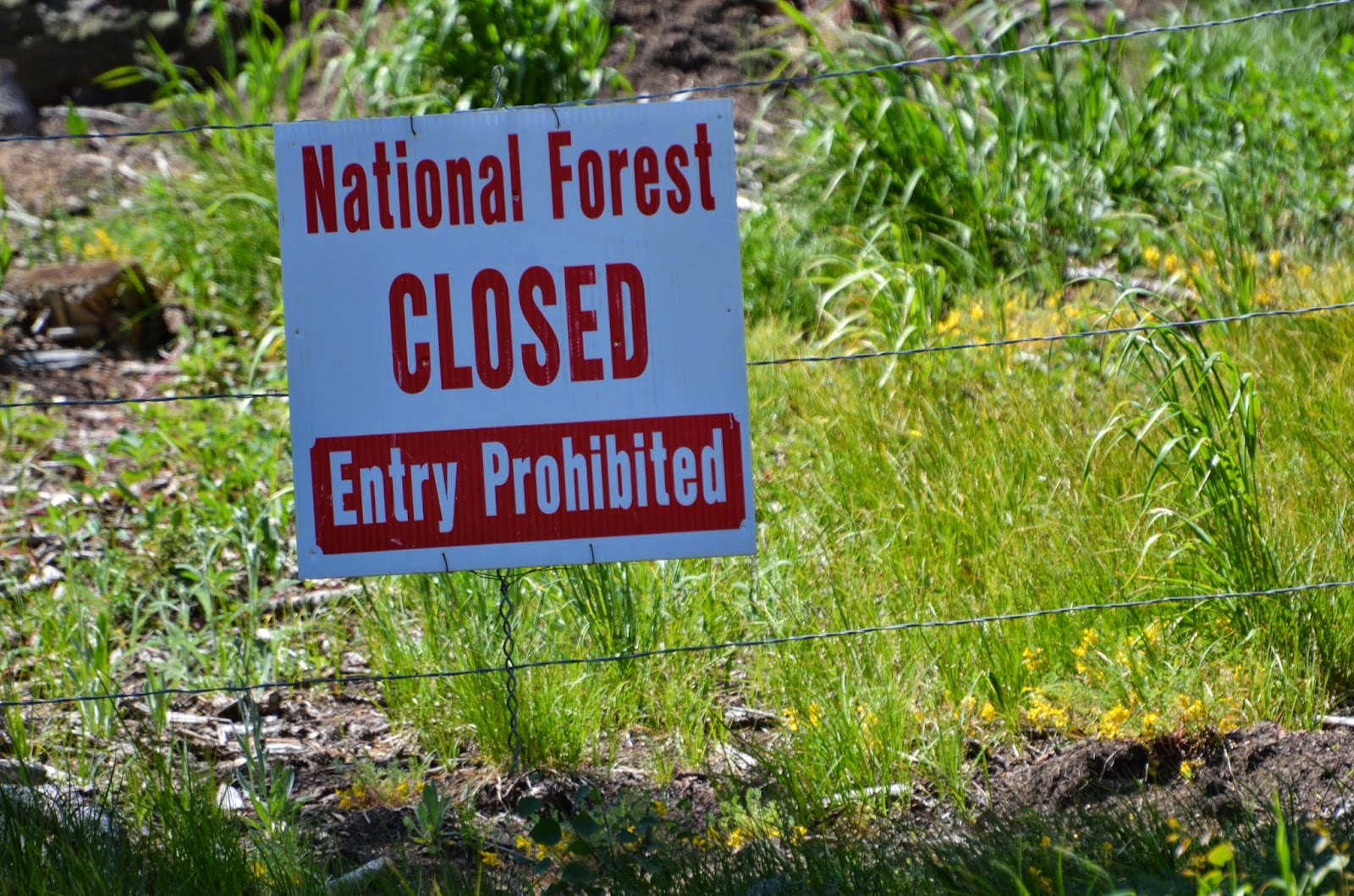 We did learn a valuable lesson on this trail. It is best to call BLM and check on the road conditions and closings before heading out. 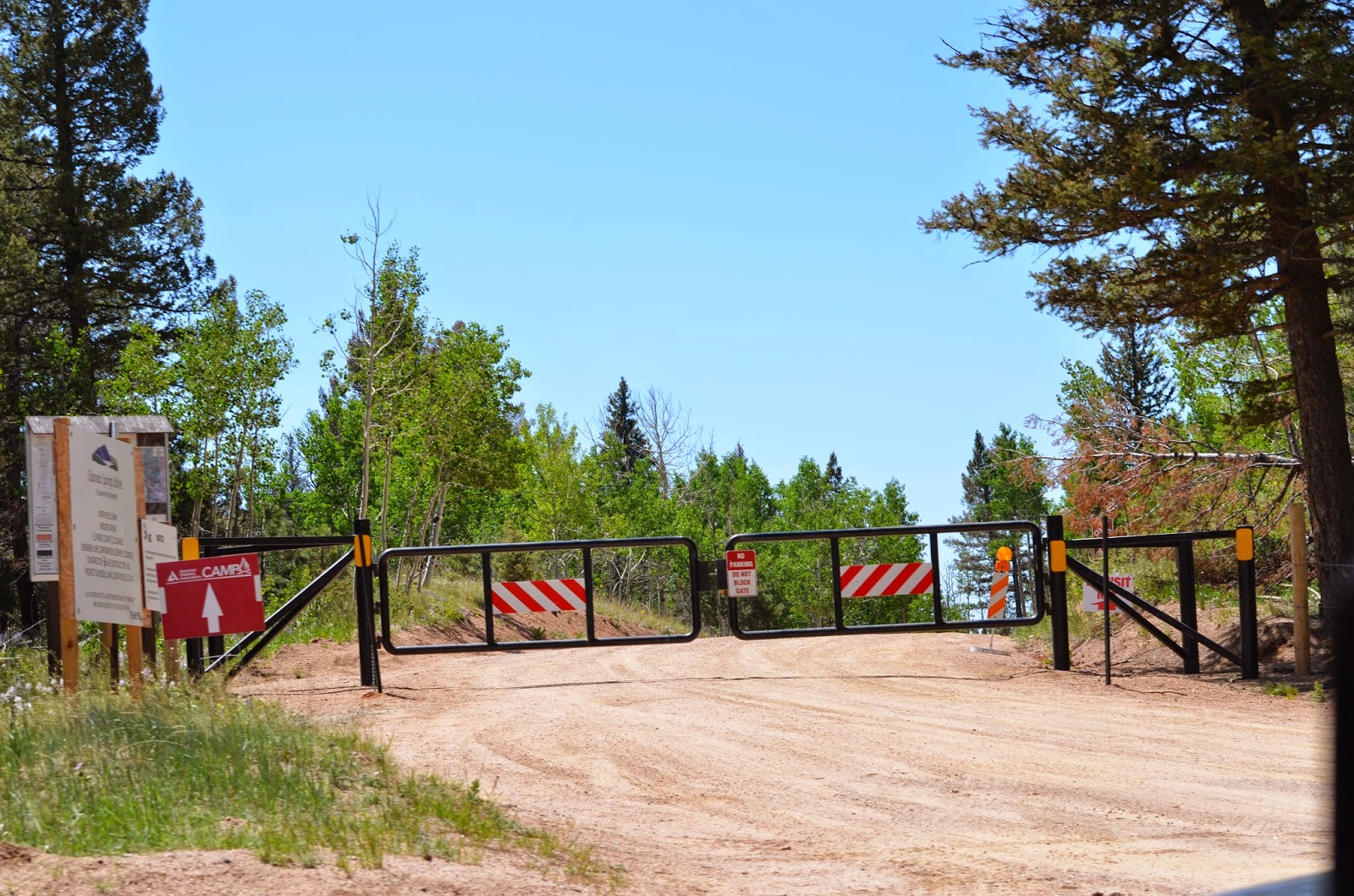 When we reached the turn to enter Rampart Range Road, which would have taken us to Garden of the Gods, it was closed. The picture below shows remnants of fires from last year and the road hasn't been reopened. 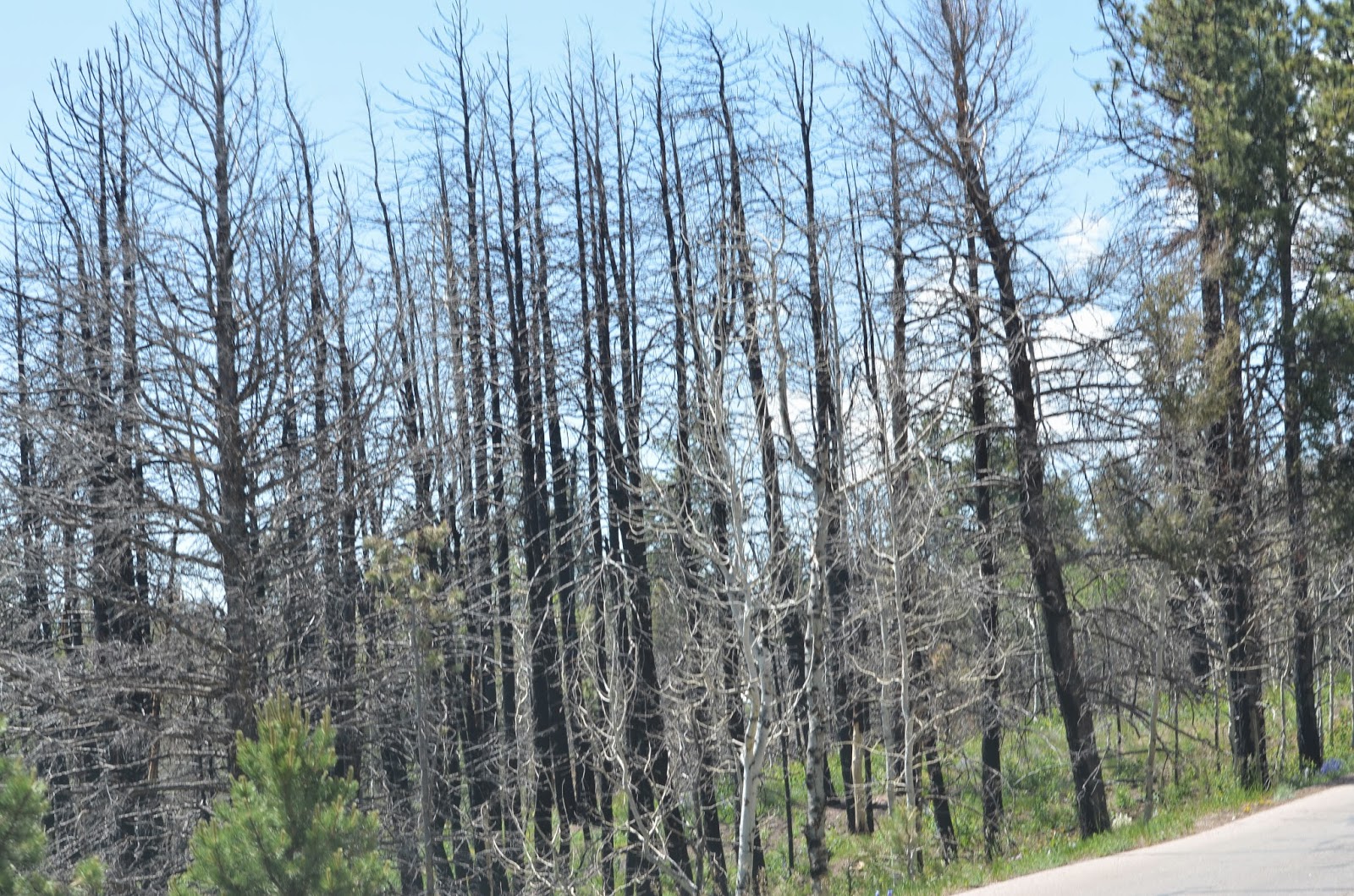 Back track it was...but that didn't really matter. It all looked different anyway! 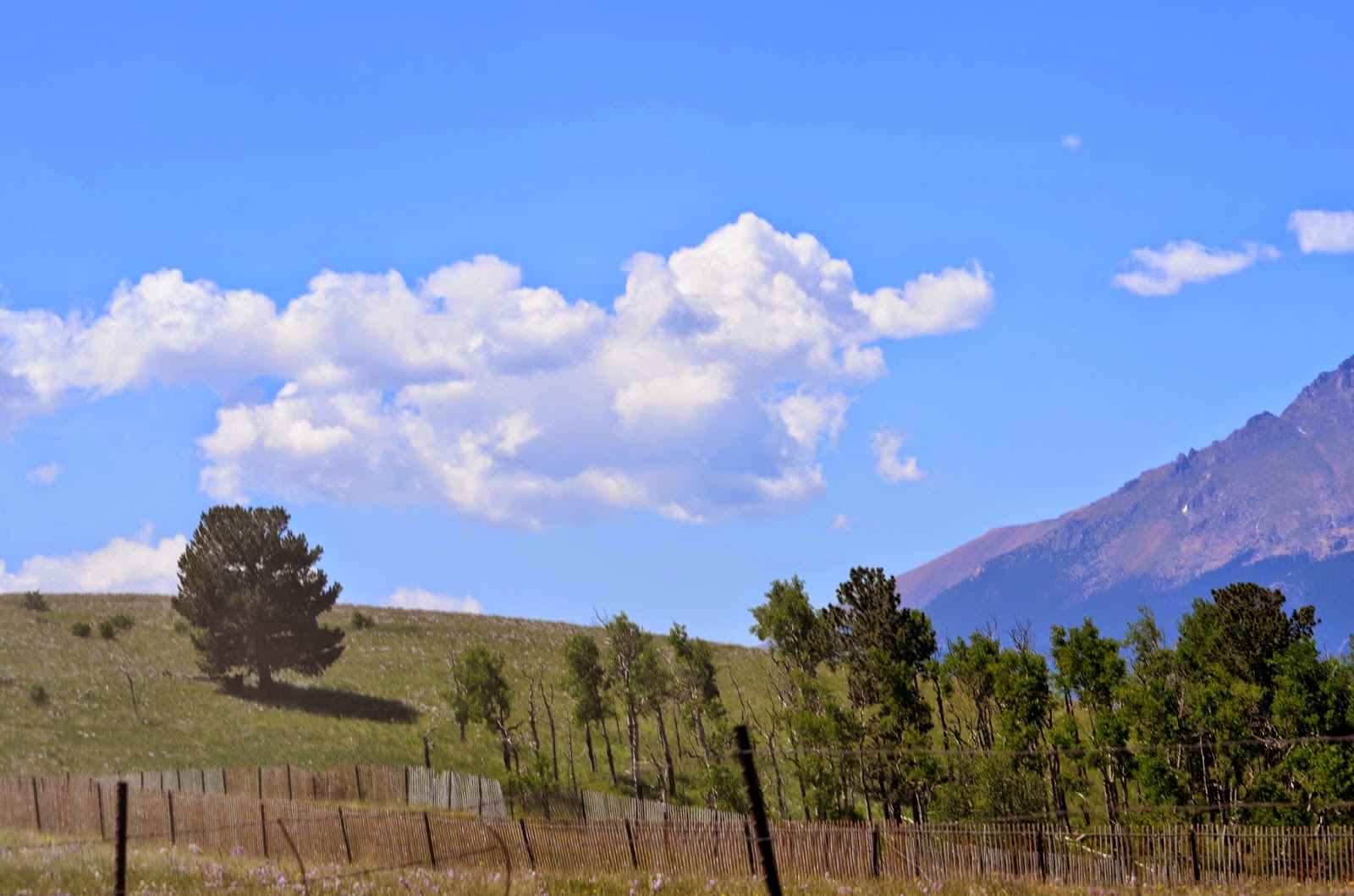 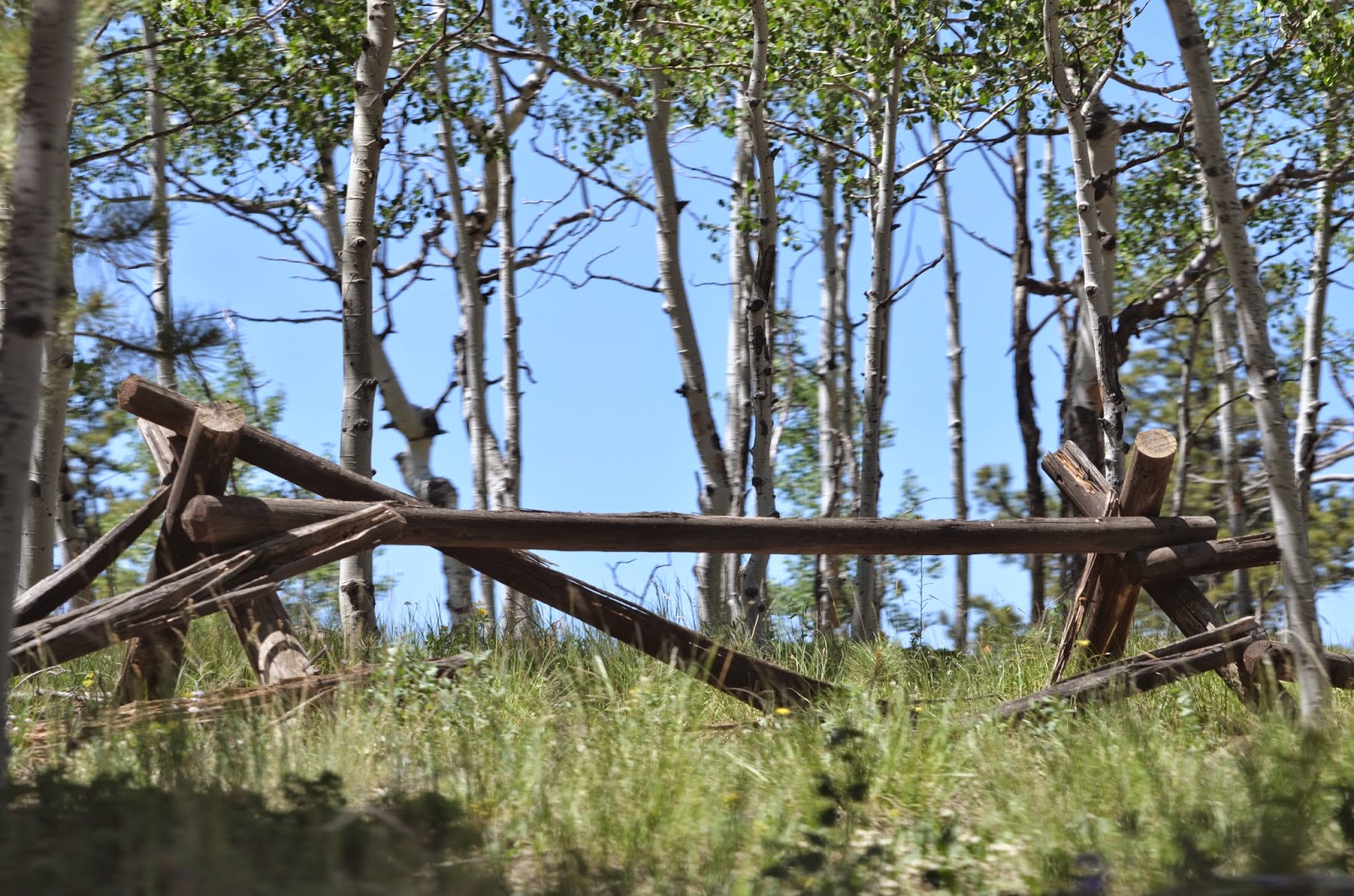 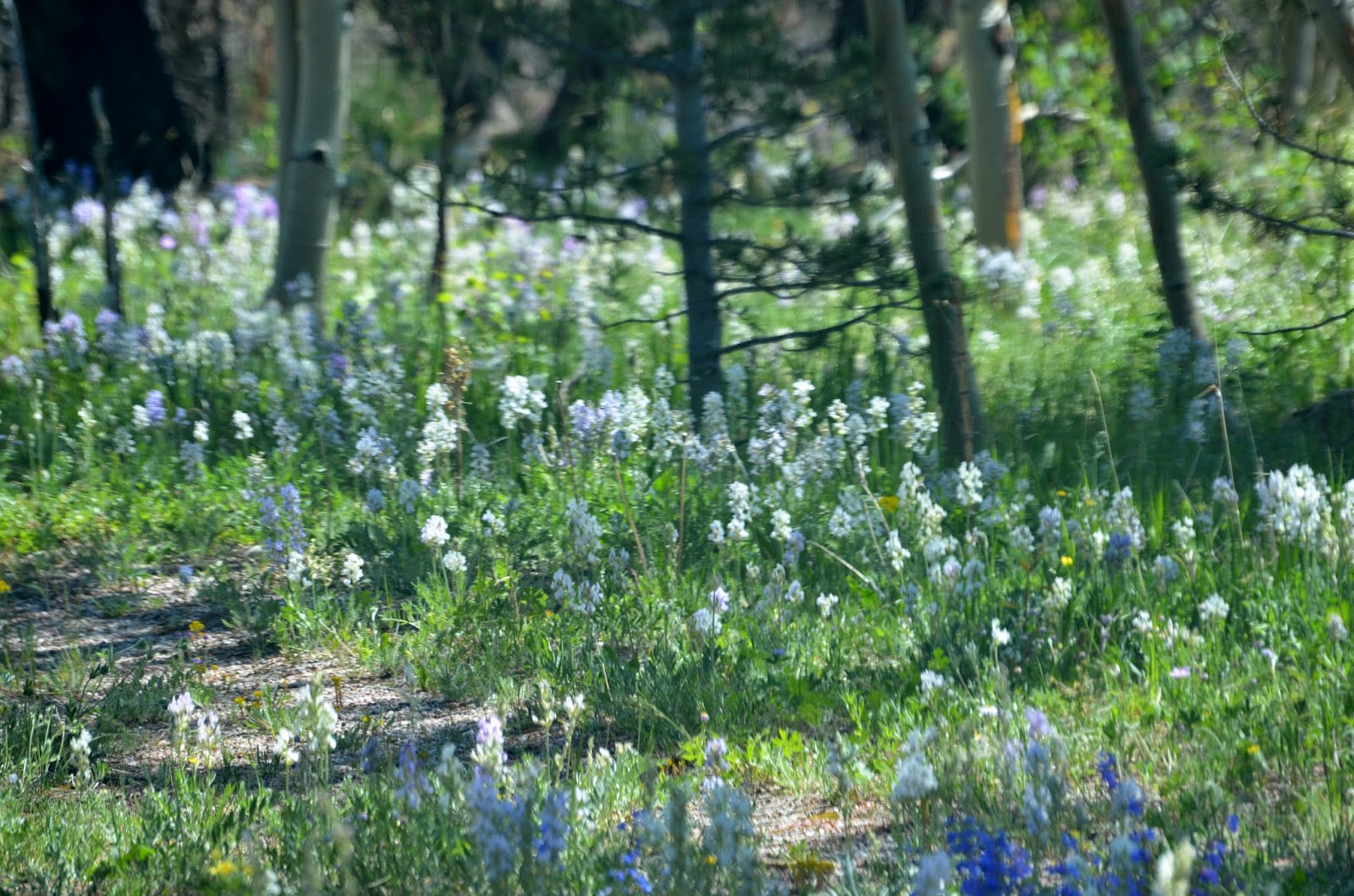 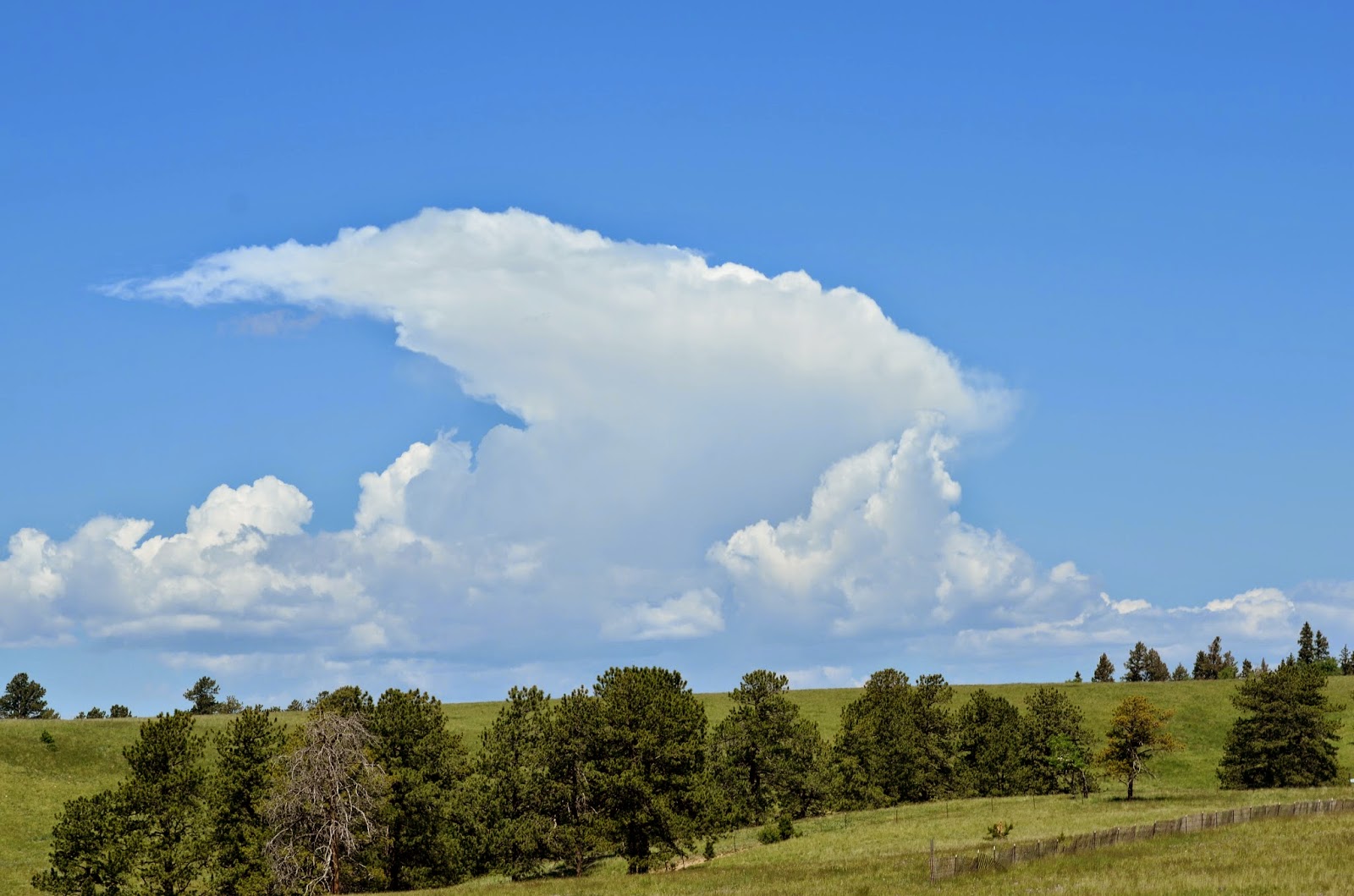 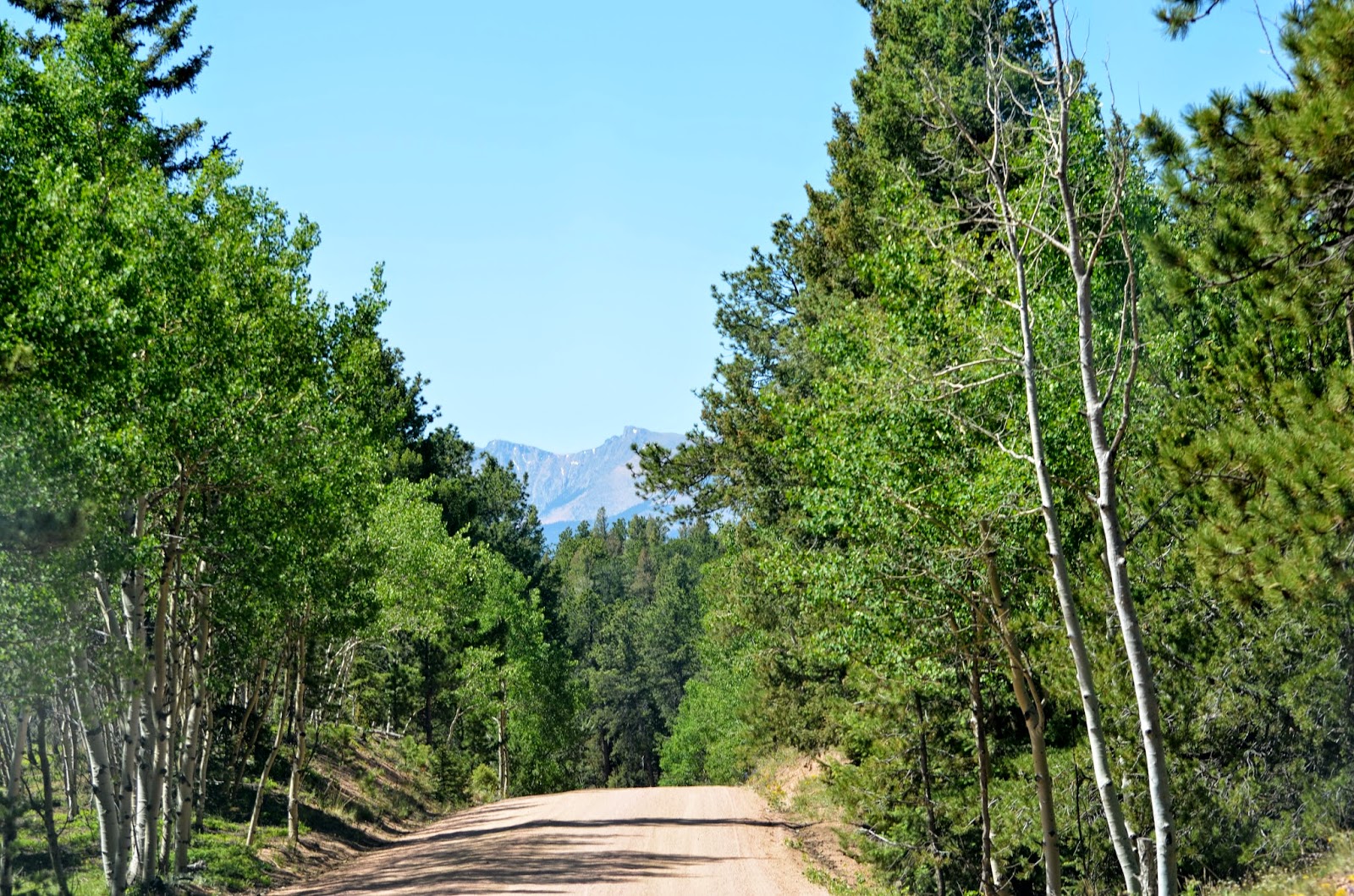 happy trails from Colorado Springs!
Posted by Gay and Joe at 2:35 PM