Close, But No Cigar

I know I quote my grandmother a lot.  I was 9 years old when my mom, my brother and I moved from Manchester, GA to LaGrange, GA (a whopping 35 miles) with my grandparents.  I was very close to both my granddad and grandmother growing up and a lot of childhood memories include them.  Summer afternoons rocking on the front porch with Mama Nell nibbling on warm chocolate chip cookies fresh from the oven and sipping a Dr. Pepper which she and I halved come to mind.   "Close, but no cigar" was one of those sayings I often heard her say that has stuck with me through all these years.  The phrase doesn't make much sense to folks these days.  But, Mama Nell grew up in a time (1920s) when fairs and carnivals would hand out cigars as prizes.  At that time, the games were targeted towards adults, not children.  Even back in the day, carnival games were almost impossible to win.  When a player failed to get enough rings around the bottle or was just shy of hitting the target, the "carny" would announce to the world, "Close, but no cigar!"

Close, but no cigar was the case yesterday afternoon.  Just look at that sky and all that rain.  Not a drop at our house !

But we were rewarded with a pretty sunset later. 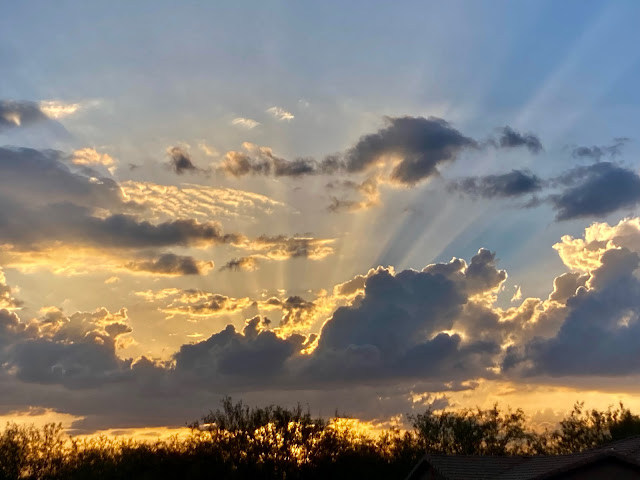 It has been one of those weeks...crazy, lazy days of summer even though summer doesn't officially begin until 5:14 am EDT June 21.  Two appointments had us heading into Tucson.  I had a dentist appt for a check-up (all is good) and Joe had the dreaded dermatologist appt (6 biopsies were taken with more the end of the month scheduled).  A quick stop at the grocery store and that was it for the week...no more outings and nothing "fun worthy" to write about. 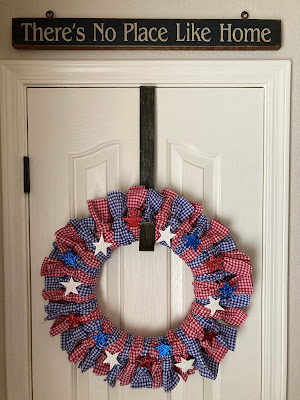 I spent one morning being somewhat crafty.  I made a summer wreath using bandannas that I cut and tied to a styrofoam wreath frame and then added glittery stars.  I love summer and the Fourth of July. 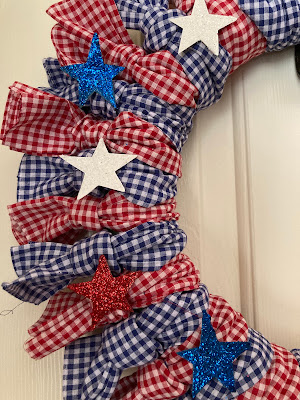 Right now it is hanging on the pantry door in the kitchen.   I am not sure I will like it on the green front door, but plan to hang it there later.

The baby birds are still entertaining. 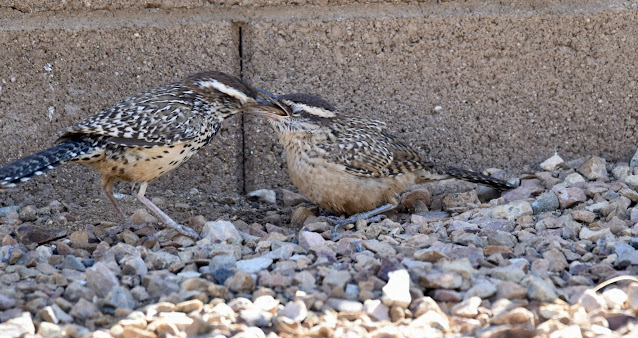 I have no idea if this is the mama or the daddy that stays so busy feeding these babies.  There are four baby Cactus Wrens that visit off and on during the day.  I am not excited they have discovered my potting table, but so far we haven't had to shoo them away. 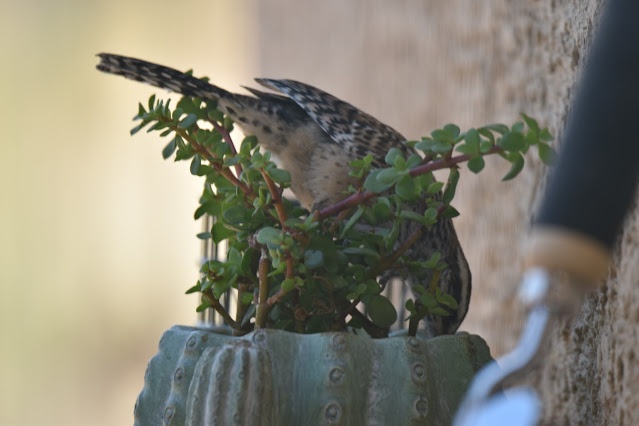 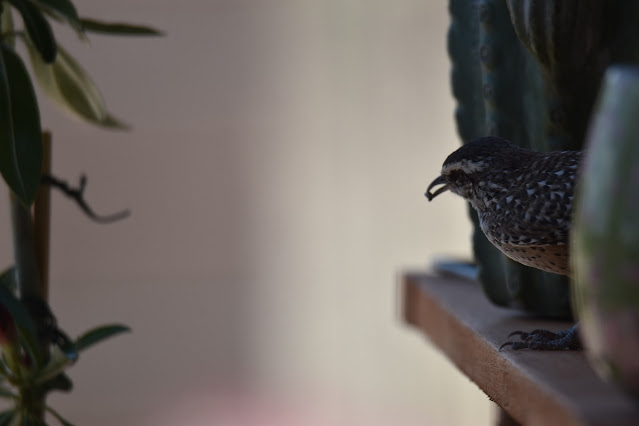 A family of Gila Woodpeckers visit early in the morning...some mornings they are waiting on me.

This particular morning, the little one on the right was not getting any food.  After waiting patiently, he scooted a little closer, and was rewarded with a sweet bite of orange...his sibling was none too happy ! 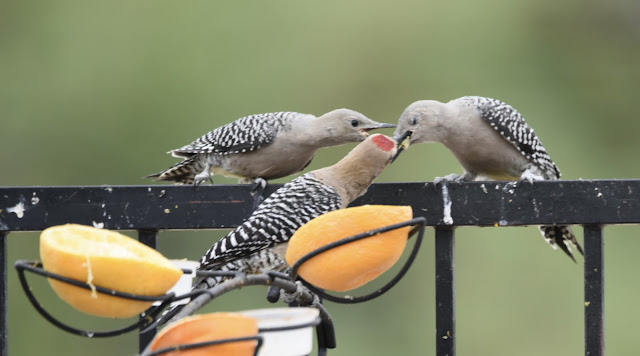 One of my favorite photos this week was a baby Mourning Dove.  I was happy to see his feathers all puffed out... 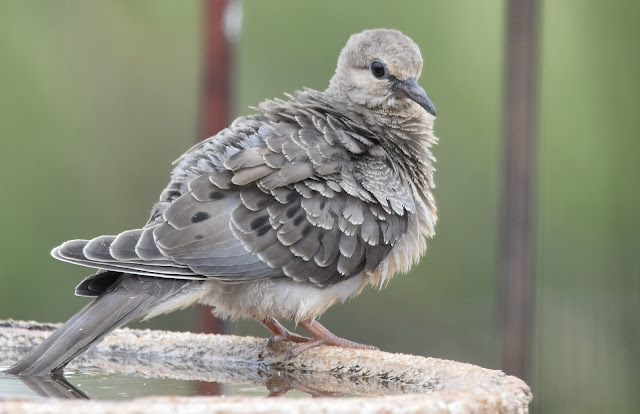 ...he obviously was not as happy about puffy feathers as I was! 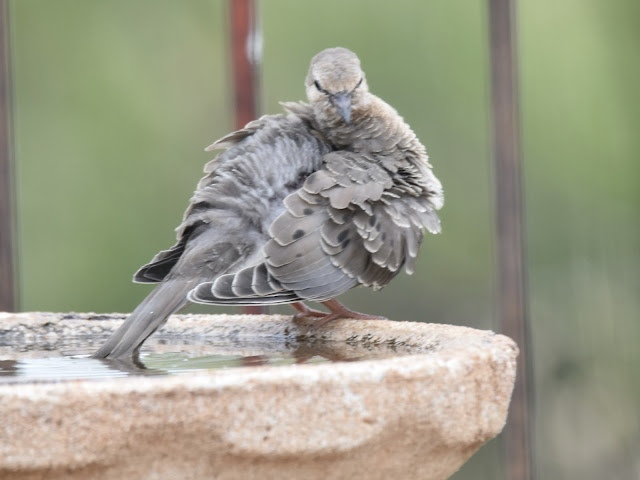 And the baby Gambles Quail are growing and learning fast. 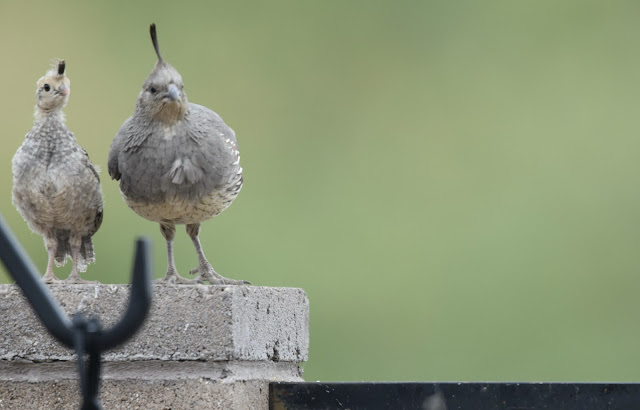 Learning new things can be a little scary sometimes.  He (she) stood for awhile looking all around before carefully making the step onto the fence. 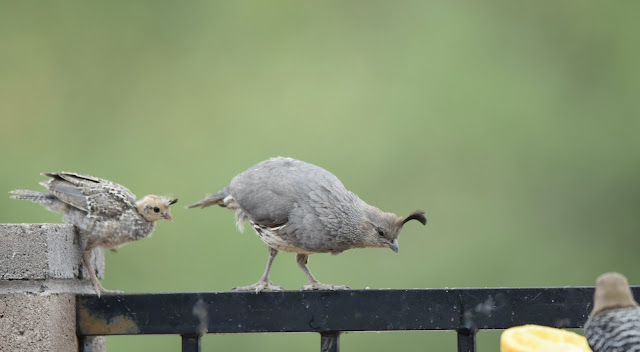 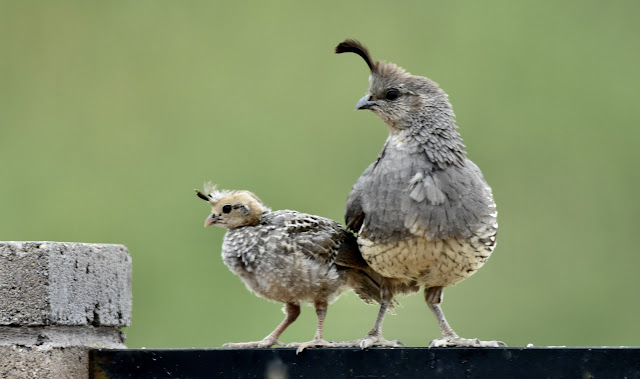 The Desert Rose has a "first" flower. 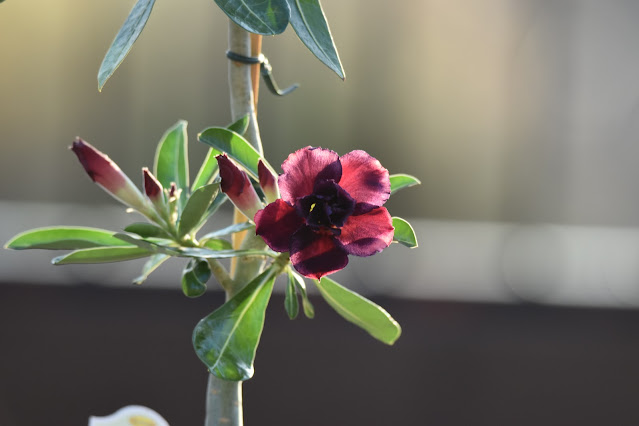 I often forget to post pictures of the hummingbirds. 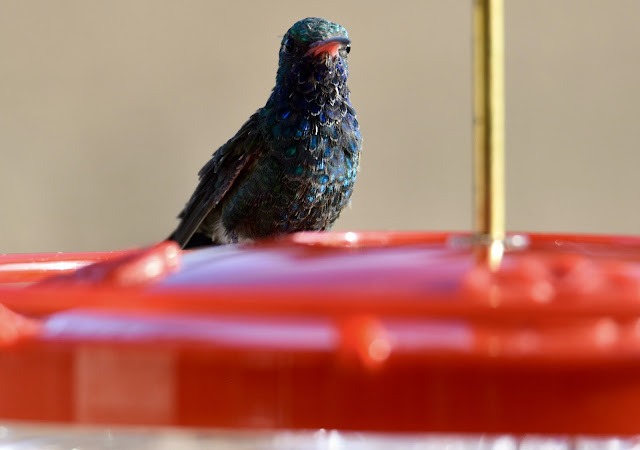 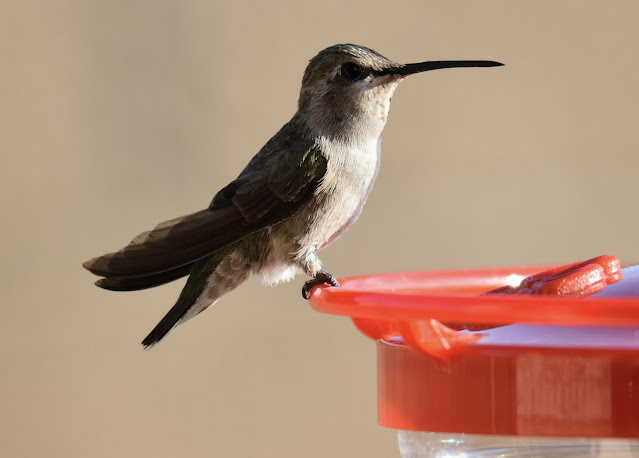 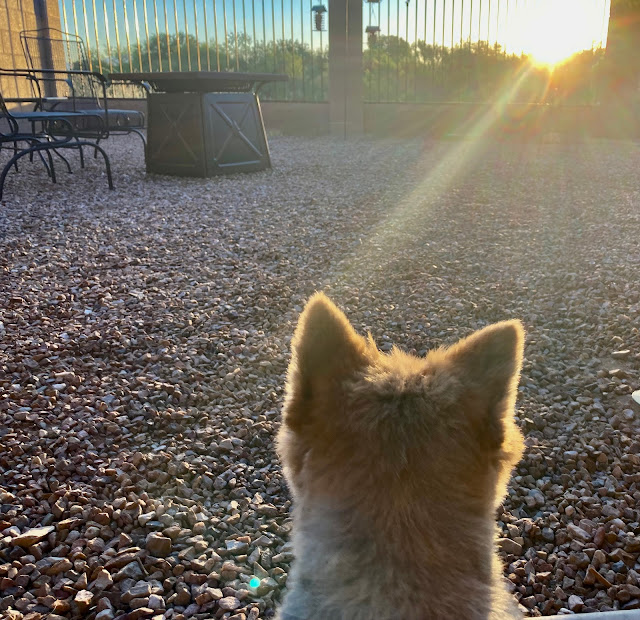 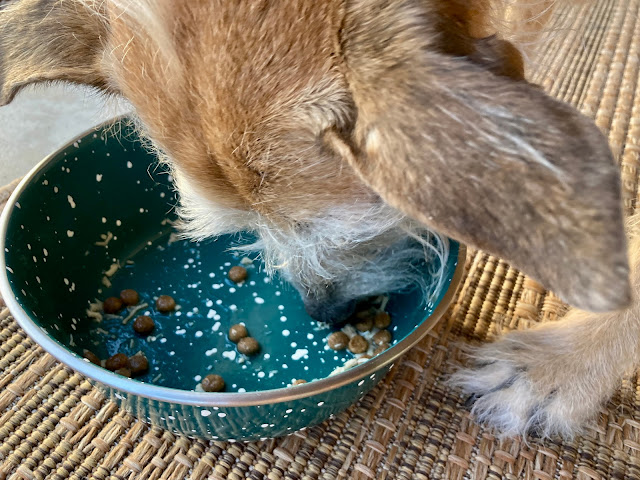 Jack finally gave up racing me to the rocking chair...well, this week anyway ! 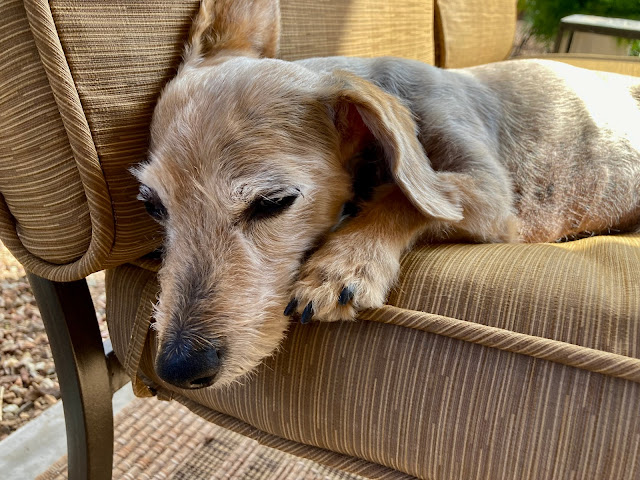 And Joe and I are still in awe at the wonder of it all !

Until next time, wherever life takes you... 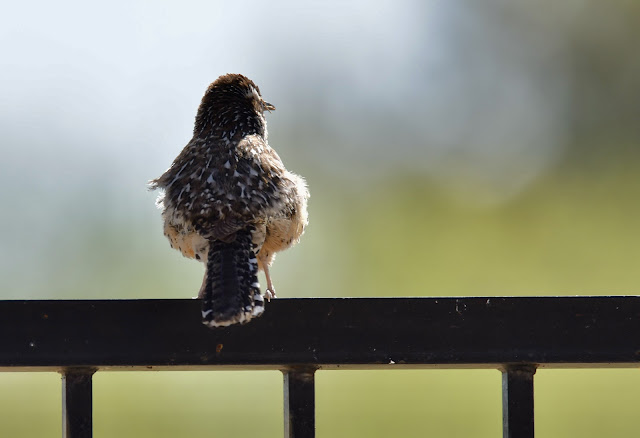