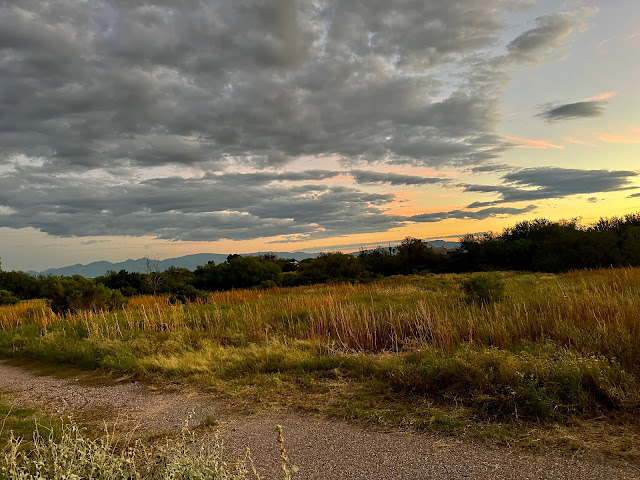 It's just been one of those weeks.  Our only outing was to the doctor for our annual medicare check-up.  It's always nice to get that checked off the list.  It's September and that means a flu shot for each of us and this year we both had a pneumonia shot.  I have never had any ill effects from a flu shot (which I have taken for so many years I can't remember), but this year we got a senior shot...it has an extra dose. It must be new for Medicare because I don't ever remember any one telling me that I was getting a senior shot before...and yes, both Joe and I passed the cognitive test that goes along with the exam.  Anyway, you probably guessed, both our arms swelled at the shot site and were warm to the touch and both of us had headaches that night and the following day.  Maybe it was having taken both shots at the same time...we don't know, but next time I will choose not to do that.

Sally also had an outing...spa day with Cynthia.  She loves spa day!  What a cutie she is!  A good haircut and bath always lifts her spirit...and adds an extra skip in her step. 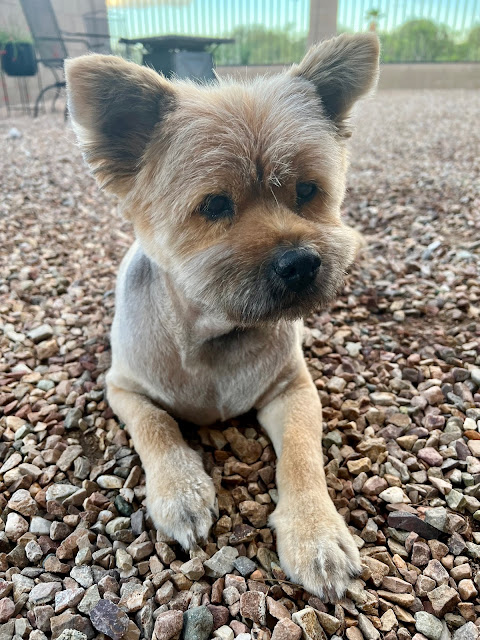 Last Friday as Joe and I were enjoying our coffee on the patio, we had a visitor.  Back in July 2021, a bird that looked exactly like the one that visited on Friday was pictured in the blog.  I didn't make an ID, but guessed it might be a Sharp-Shinned Hawk.  That was incorrect.  We spent more time searching this week and finally found a photo that was a match. 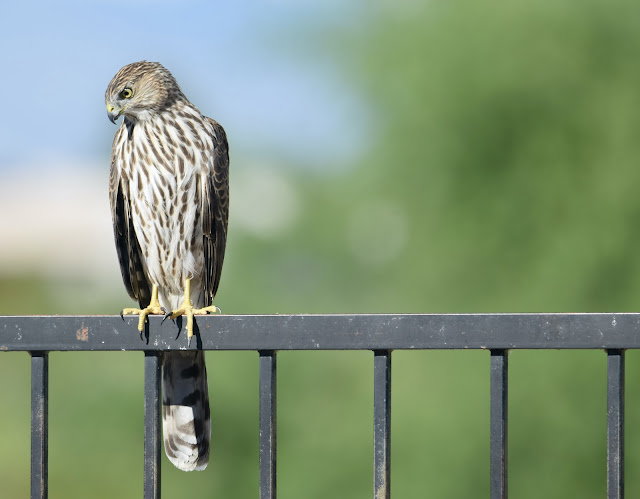 This handsome bird is an immature Cooper's hawk.  One of the things that threw me off on the first search was the eyes.  Cooper's Hawks are described as having red eyes, yellow legs and feet, and about the size of a crow. 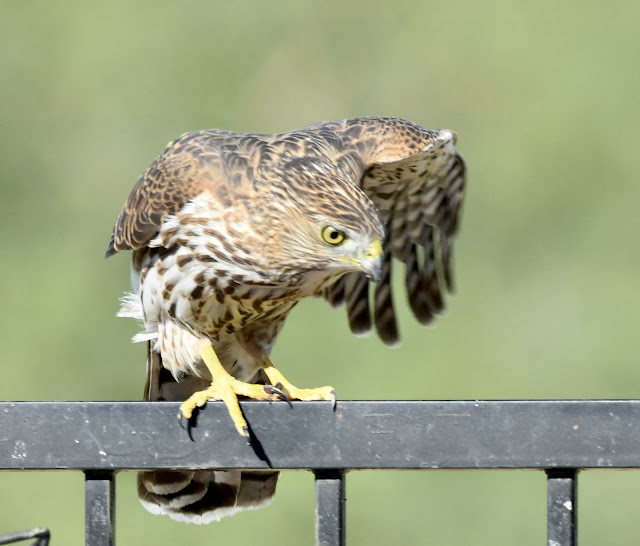 These raptors typically fly at cruising speeds of 30 to 40 miles per hour.  Hawks are named for their hunting style: they perch on trees or poles and wait for prey to pass by before swooping down in a short arc (at speeds over 60 miles per hour) and grabbing it with their talons. This technique is called "hawking". It often takes less than 10 seconds from the time it first spots its prey until it captures it.  Cooper's Hawks are the third smallest hawk in North America with an average wingspan about 3 feet. 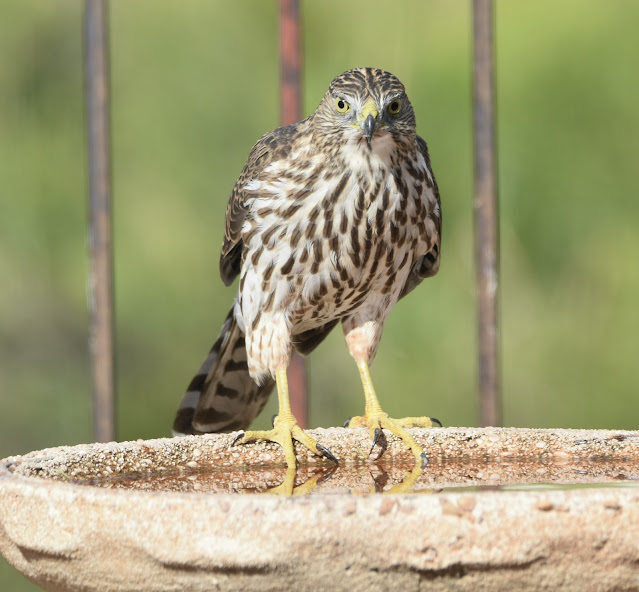 Cooper's Hawks are the only bird of prey that live in all the 48 contiguous states. They are usually seen perching on telephone poles while hunting for small rodents, squirrels, and gophers.  They are monogamous...sharing food with their partner as well as sharing responsibilities of incubating eggs and feeding nestlings cooperatively.  They will only seek a new mate if one of them dies. 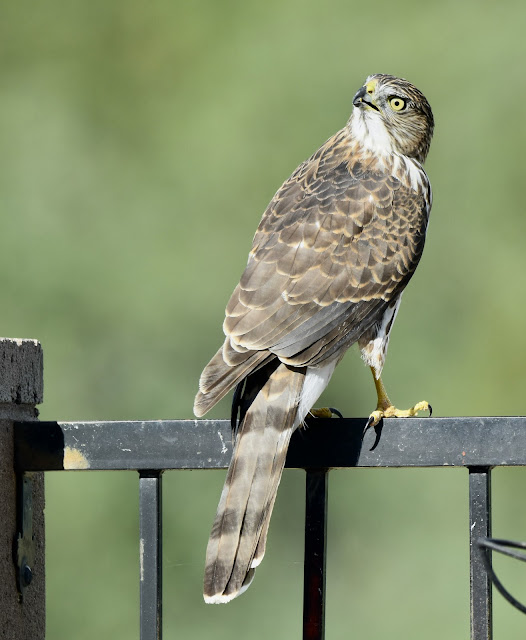 These incredibly fast birds are diurnal creatures.  They hunt for food in daylight hours and use the heat of the sun to help them see more clearly and identify possible food sources more easily.  It was such a treat to have a Cooper's Hawk visit again.  He returned the next two days and we haven't seen him again. 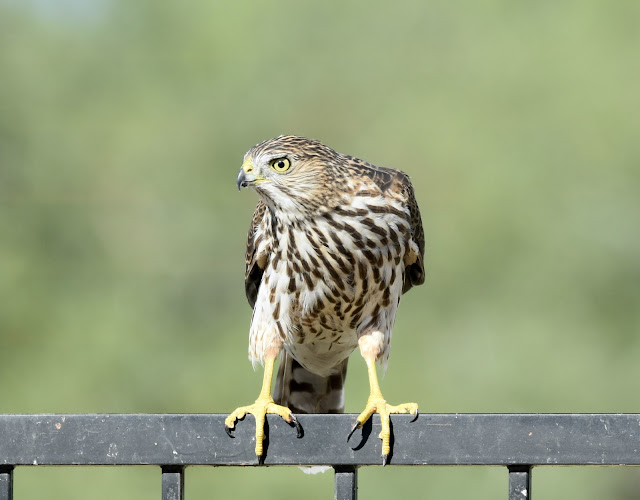 I was happy to see the Flicker again this week. 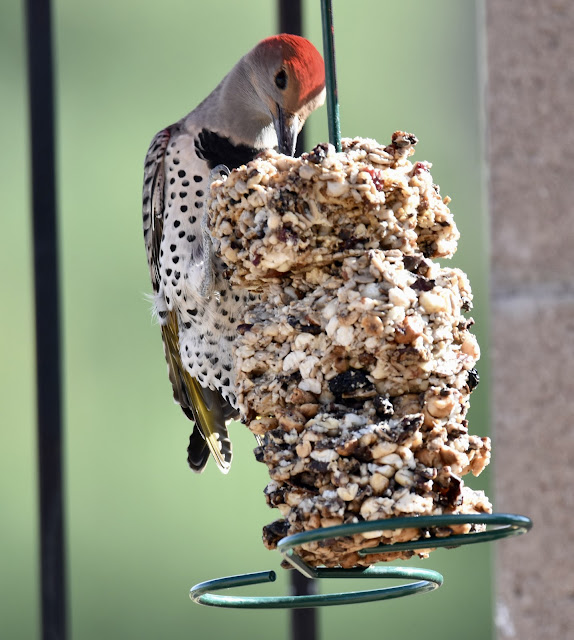 And the Cactus Wrens continue their shenanigans.  This week they added tossing the rocks out of the cactus planter to their list of activities.  Silly birds...I planted the cactus and placed it there for them to use as a perch.  That hasn't happened yet. 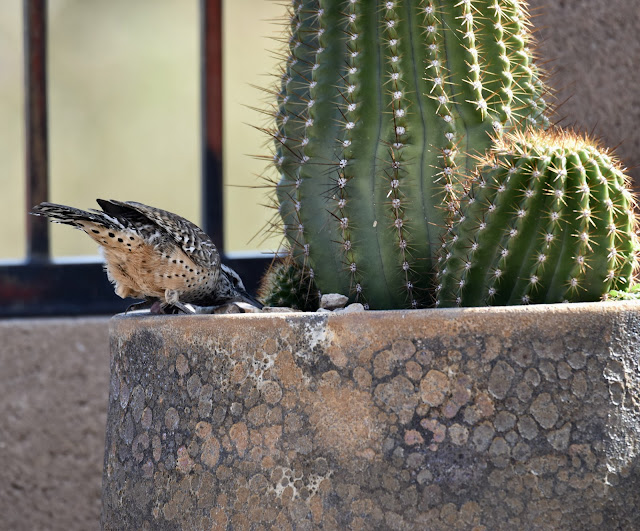 The Lesser Goldfinch frequent the yard and we see them often at the bird bath.  But we never have more than two at a time at the thistle feeder...patience I guess. 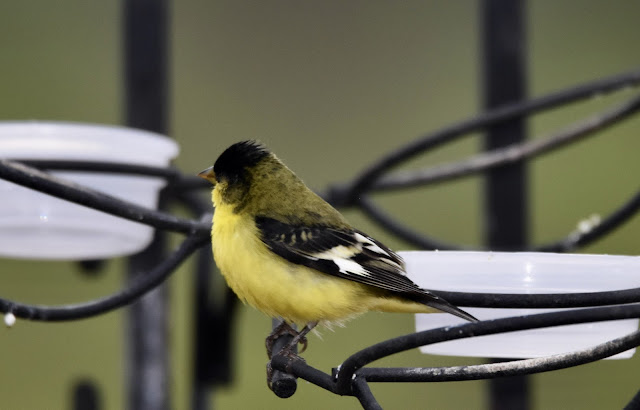 We have enjoyed several rain showers this week.  One afternoon the thunder and lightening was very close and loud and our electricity went out.

We only got in a couple of walks this week.  One thing the doctor suggested was for me to carry a backpack with waters (8 pounds) for strength training  (Joe and I haven't been to a gym or lifted weights in over a year.) to help prevent bone loss.  I have known that for many years and it is one reason I walk, and I also know that just walking is not enough.  Trying to be/stay healthy isn't easy ! 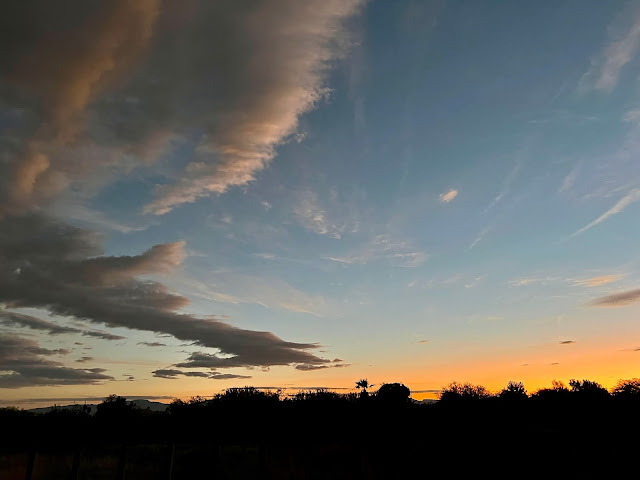 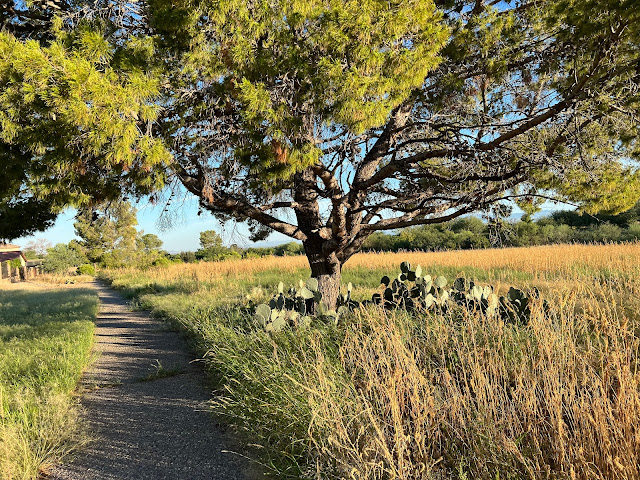 Jack continues to enjoy early morning naps in the sun. 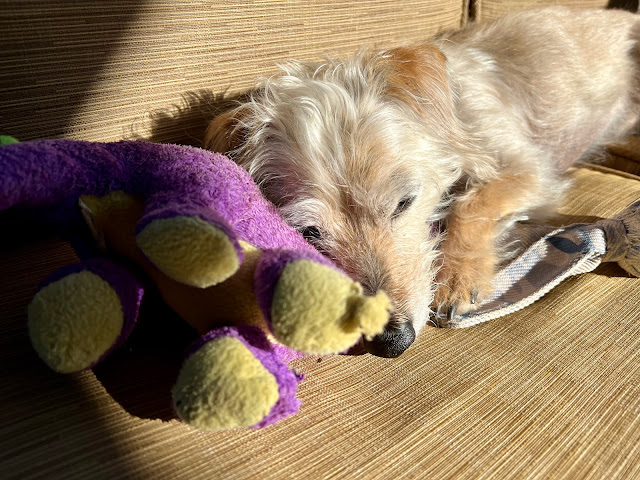 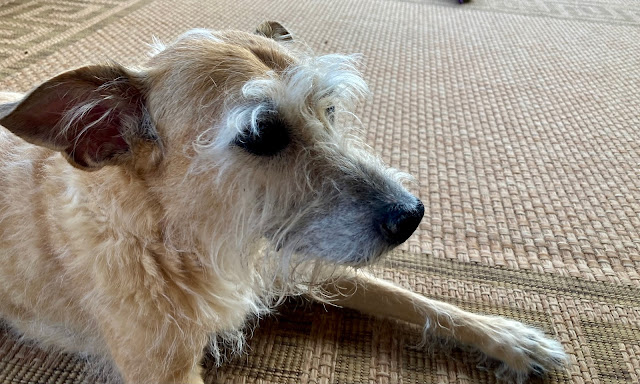 And Sally regularly keeps dibs on the backyard. 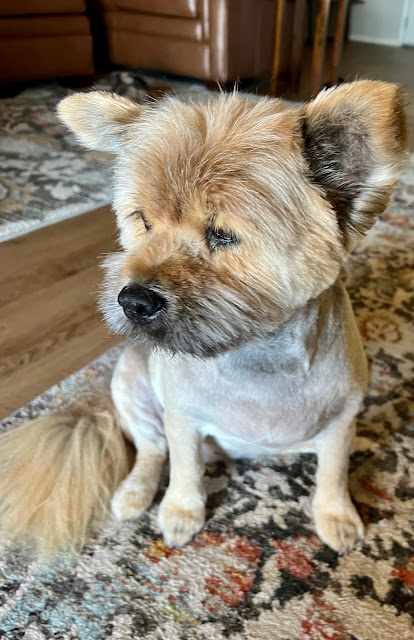 It's October already.  The early morning temps have dropped a few degrees and I saw some high 50s forecast for the lows at the end of the week.  Maybe next week will be a little more exciting...maybe not !  Life is good and If I could still do cart wheels I would ! 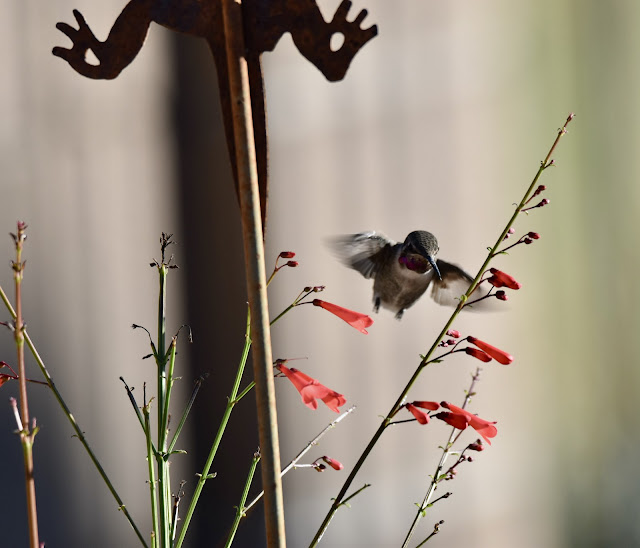