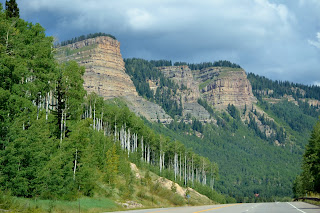 Sunday, we drove to Silverton along Hwy 550. This part of the highway is not considered to be part of the Million Dollar Highway, it is between Silverton and Ouray. 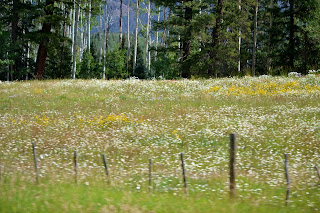 But it is one of the prettiest scenic roads we have driven on. We don't have time to make the trip to Ouray, but I do see plans in the making for next year! 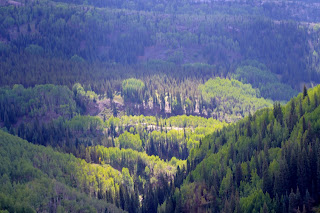 From Durango, the road heads north along the Animas River... 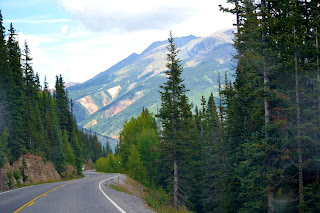 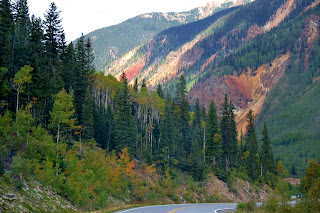 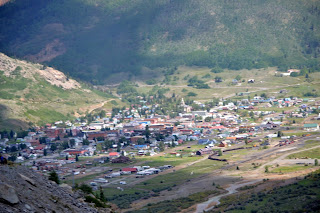 It's about 50 miles from Durango to Silverton which makes for an hour of "WOW!"s.

Silverton with an elevation of 9318 ft. claims to be one of the highest towns in the US. 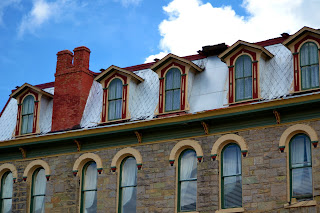 Established in 1874, it was a silver mining
camp which is now designated as a National Historic Landmark...the Silverton Historic District. 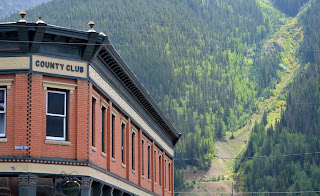 The town is surrounded by  Sultan Mt. and Kendall Mt. with peaks at 13,000 feet. 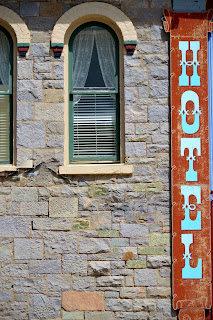 The Grand Imperial Hotel, one of the several buildings still in use today, was built in 1882.


We first met Sue and Paul (youngerday.blogspot.com) in Moab last spring. We have since met them in Salt Lake City and now in Silverton. Blogs are such a great way to make new friends and stay in touch with each other. 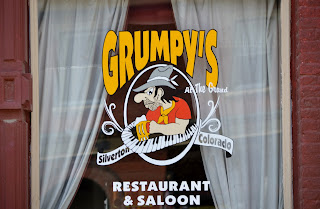 They are currently at Ridgway State Park...Silverton was a great meeting place. We enjoyed lunch at Grumpy's with non-stop conversation and laughs! 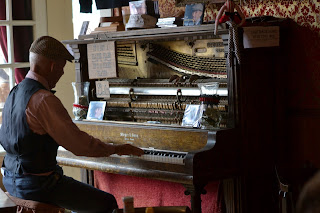 Imagine our excitement when Sue suggested a ride to Animas Forks...a ghost town located about 12 miles north of Silverton. 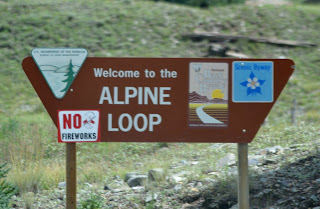 Animas Forks is located on a system of trails known as the Alpine Loop. The entire loop is 65 miles...we only traveled on 12 of those miles. I REALLY see next years plans in the making! 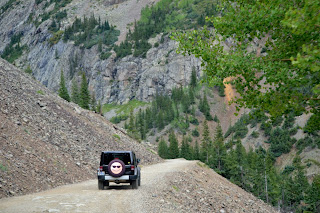 Pearl followed Paul and Sue on an unpaved road as we traveled north and climbed up. Animas Forks has an elevation of 11,200 ft. 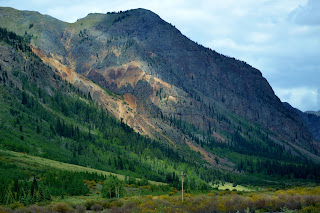 Joe kept his eyes on the road, thank goodness, while I sat speechless snapping as many pictures as I could! 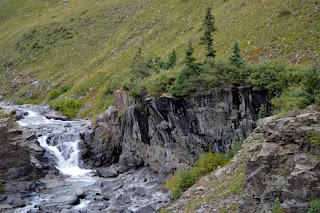 Animas Forks is named for three forks that merge to make the Animas River. 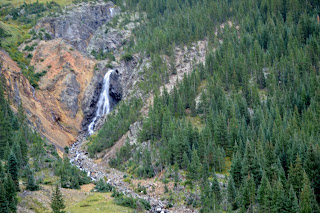 Also, there are many waterfalls flowing directly into the river.
Wikipedia says that more than 100,000 people travel on the Alpine Loop each year...I know why! 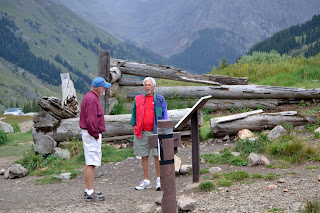 Once parked at the old mining town, we learned the first log cabin was built in 1873. By 1876, the community had a hotel, general store, saloon, post office and over 30 residential cabins. 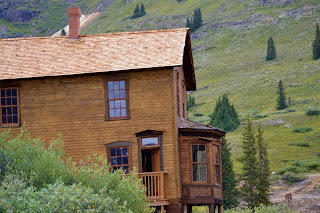 The most well preserved and most photographed building in Animas Forks is the Duncan House...better know as "The Bay Window House". It was built in 1879 by William Duncan, a postman and miner who struck it rich. 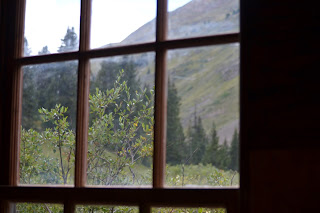 It has 2 stories and a huge bay window.This view is from the back window...a nice view to wake up to! 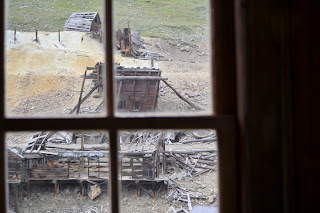 This view is from the bay window...these are the remains of the Columbus Mine and Mill. 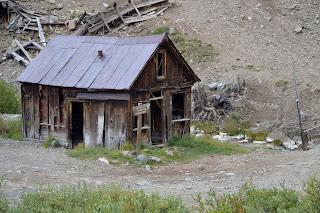 Today, most of the buildings in Animas Forks are privately owned. There is a self-guided walking tour...pamphlet provided and a donation box.

The river runs right thru the middle of town giving us a totally new view of the it...up close! 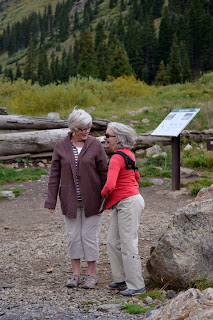 It was much colder at the ghost town...a definite chill in the air with a light rain.

After good-byes, we were all on our way.

It was a great week-end. The rains did come Sunday night and continued to pour Monday and Tuesday. Not exactly hiking weather, but perfect for reading, and being lazy.


It's still overcast and raining on and off today. We do hope to get one more hike in before we leave on Saturday...think sun! Also, the floods in Colorado are in the news today. In many places folks are asked to evacuate. When we arrived last week, the Animas River had clear flowing water with a nice showing of rocks in the river bed. Today, it is muddy and raging and way outside its banks.
Until later...