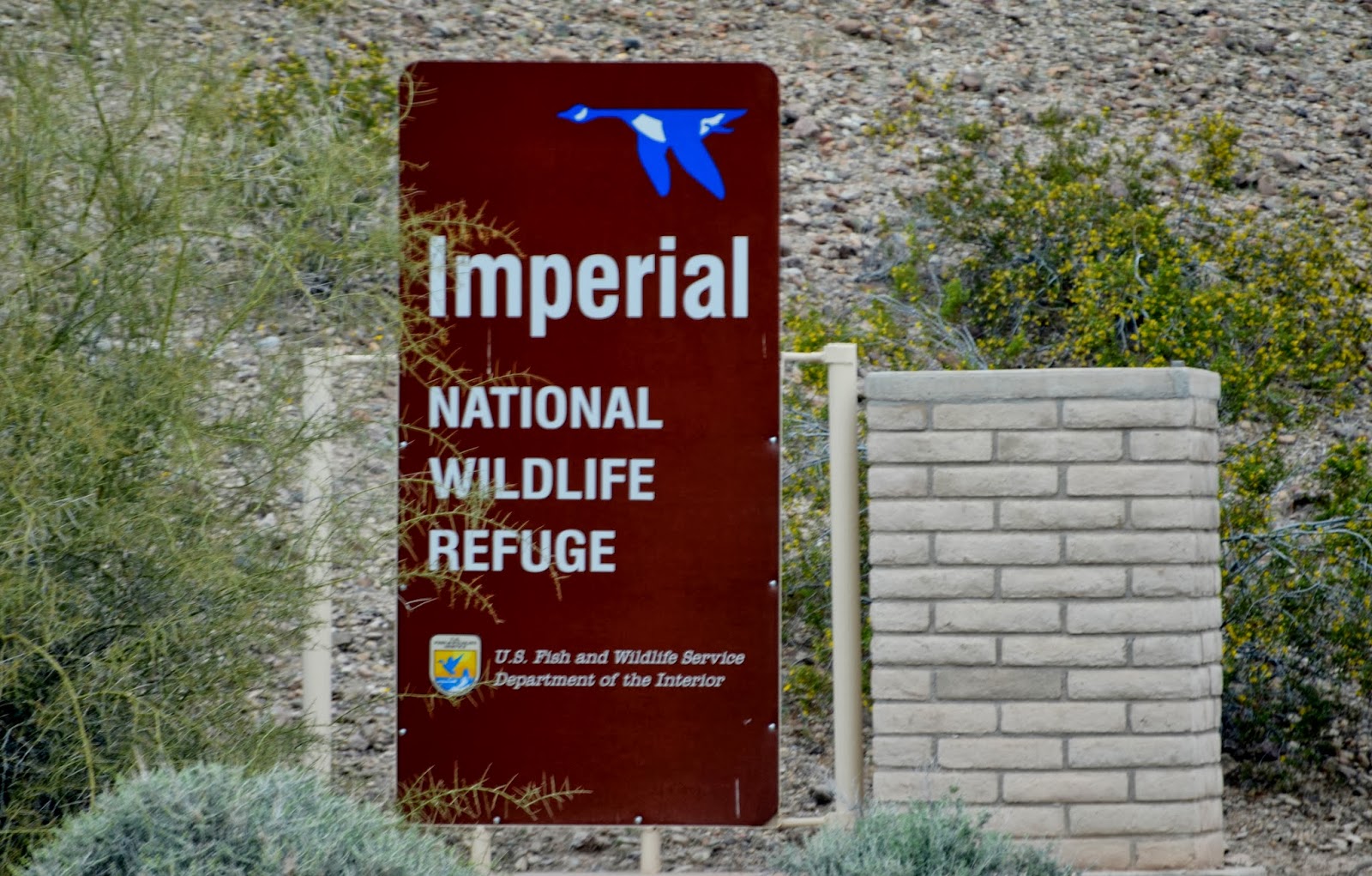 Since I have been following Travels with Emma and we had the great pleasure of meeting Judy (and Emma) at Anahuac this past January, finding a refuge to visit is at the top of the list of "things to do" wherever we stay. 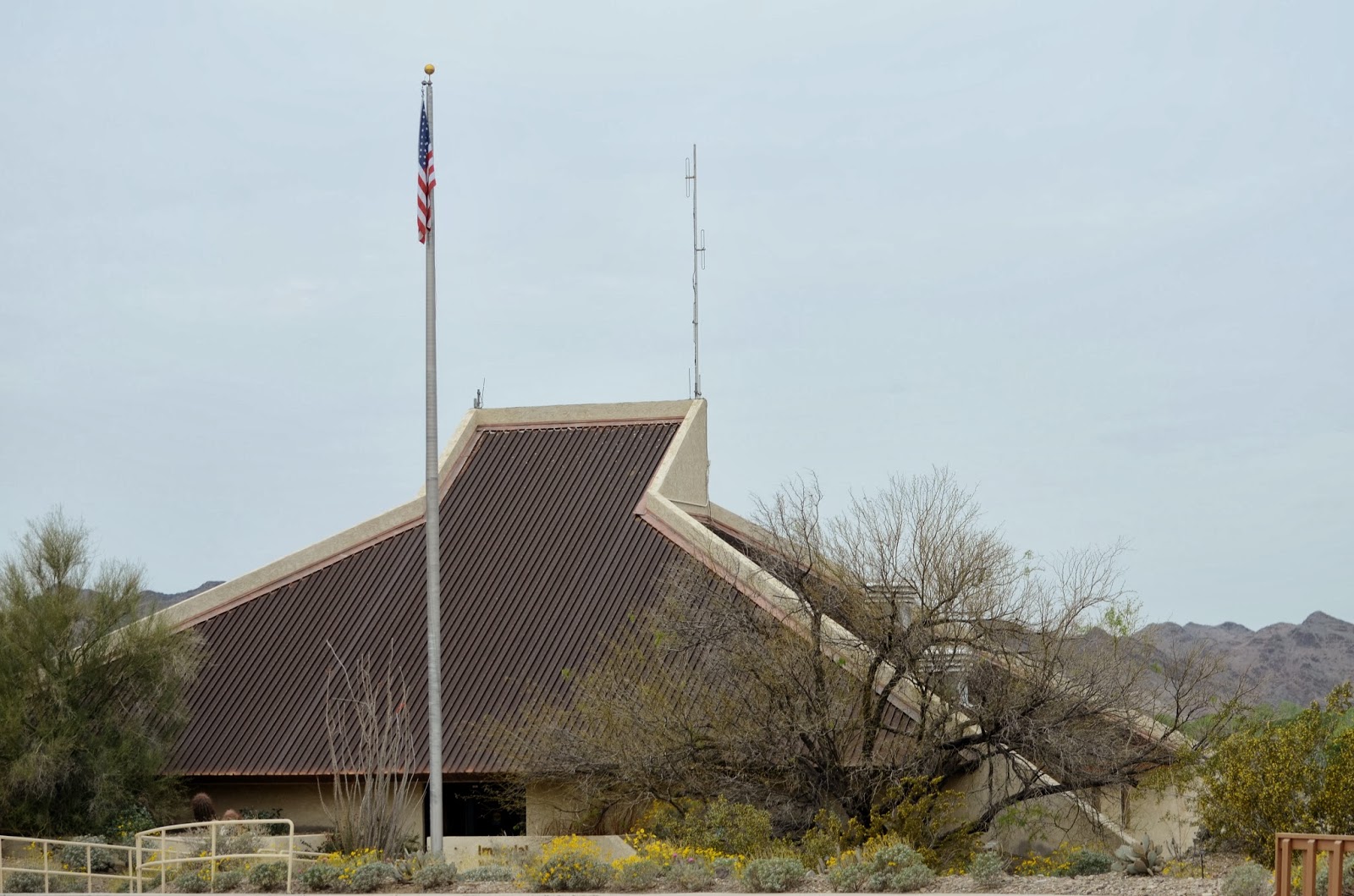 It just so happens that Imperial NWR is only 40 miles (there abouts) north of Yuma. This beauty of a refuge protects wildlife in two environments...the desert and lower Colorado River.
﻿

This last unchanneled section before the river enters Mexico offers a beautiful green oasis as viewed from the lookout. 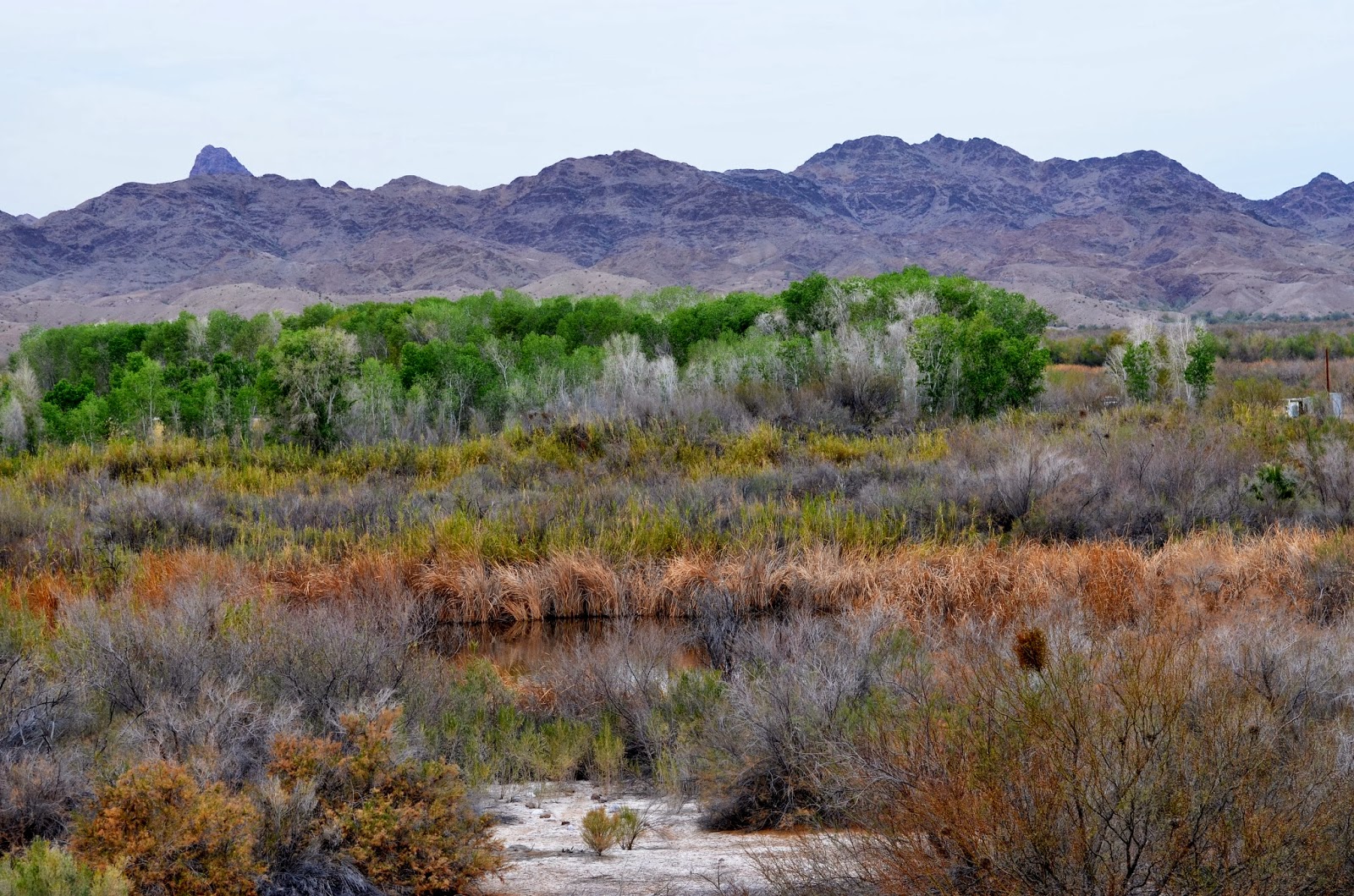 At one time, the banks of the Colorado were lined with cottonwood and willow forests. Woodcutting during the steamboat era, clearing for agriculture, wild fires, and dams have devastated these forests. 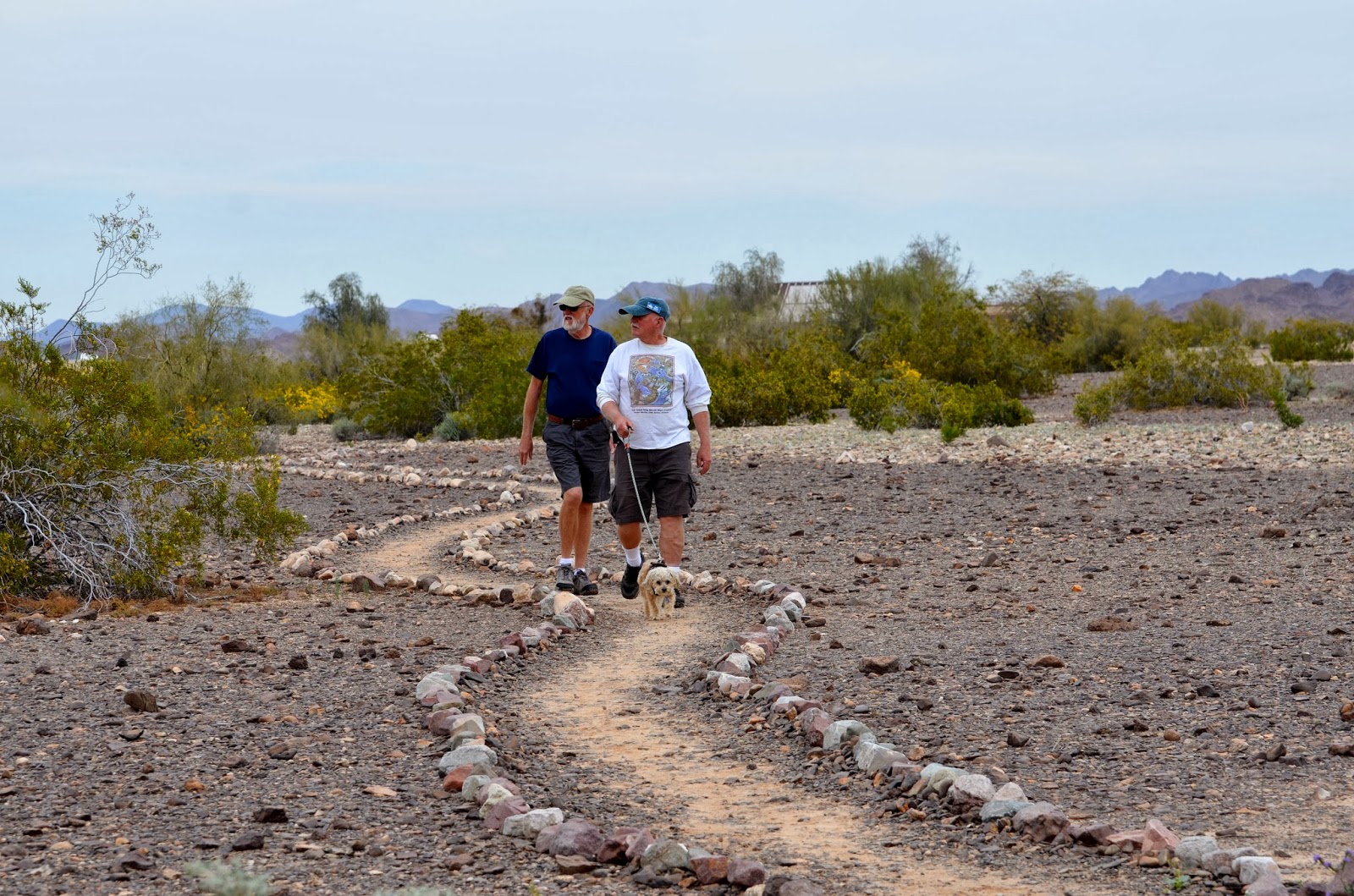 While we were at the visitor center, we decided to take the 1.6 mile self-guided nature walk. There were 6 different markers that corresponded to a pamphlet. 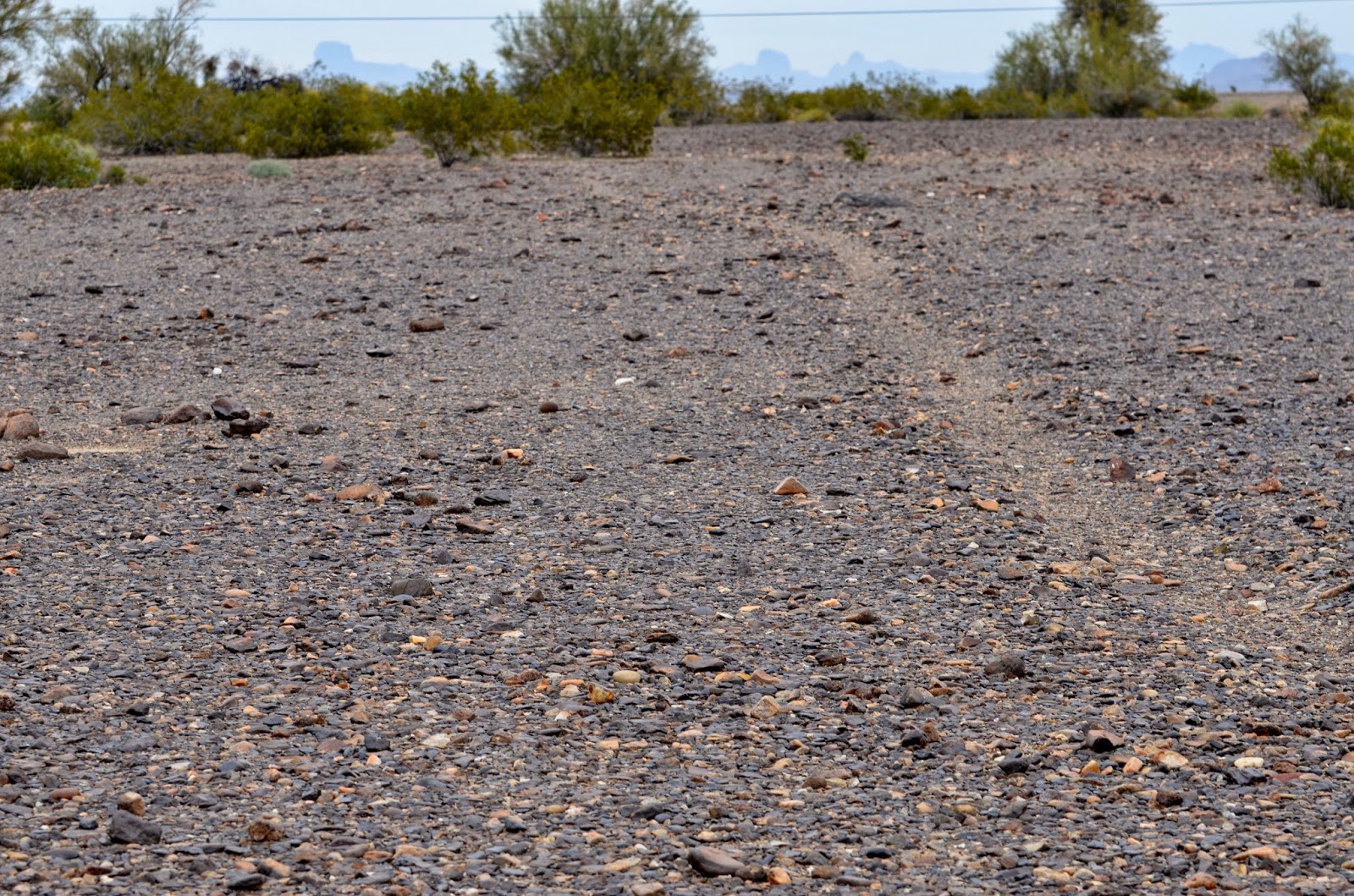 The dark appearance of stones that make up most of the desert is called desert varnish and is caused over time by microscopic bacteria which reside on the rocks...easily destroyed if you don't stay on the path. 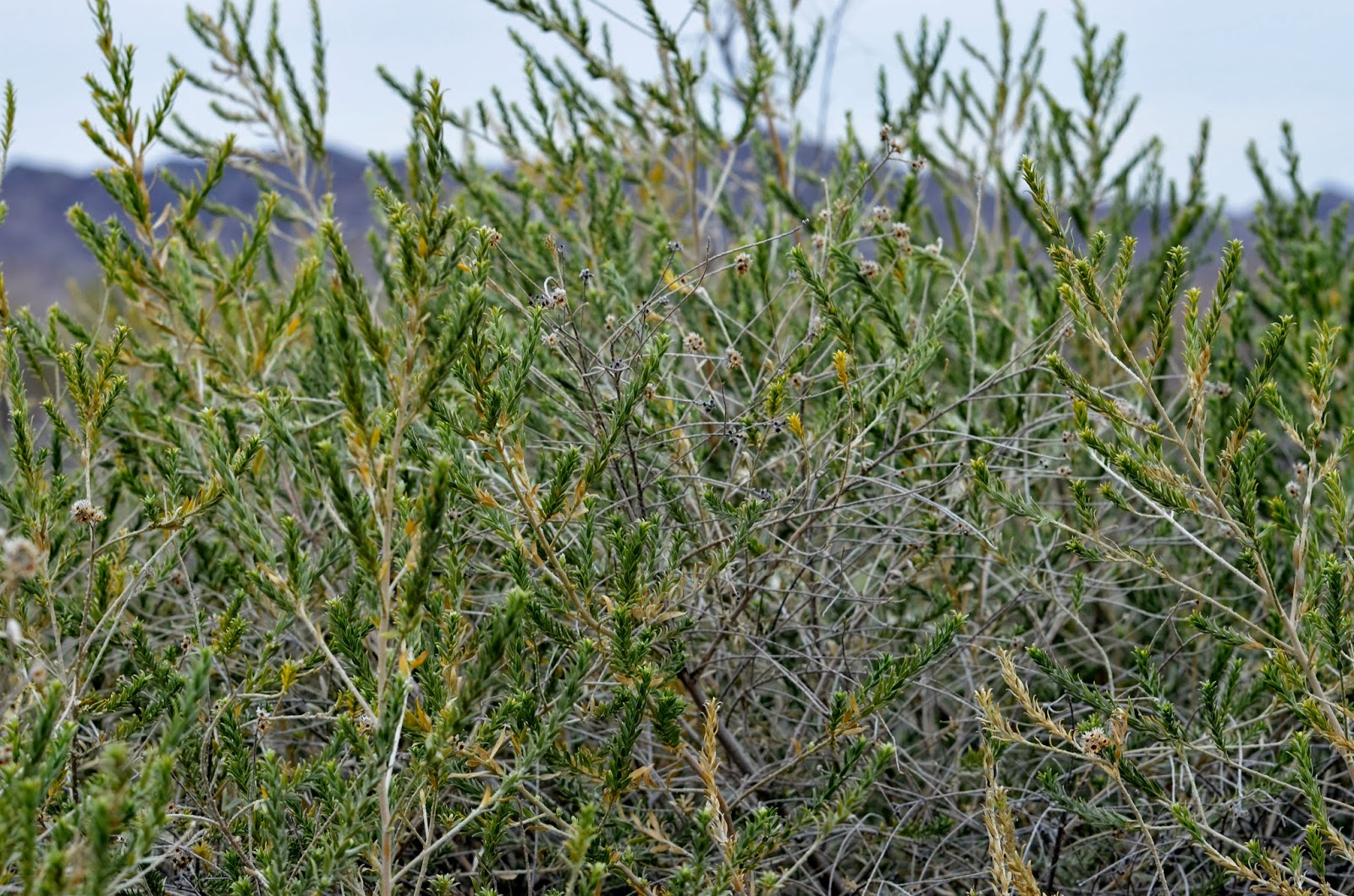 A new plant for me...this is arrowweed. These tall, flexible stems were used by native peoples to make shafts for arrows, build houses, and weave baskets. 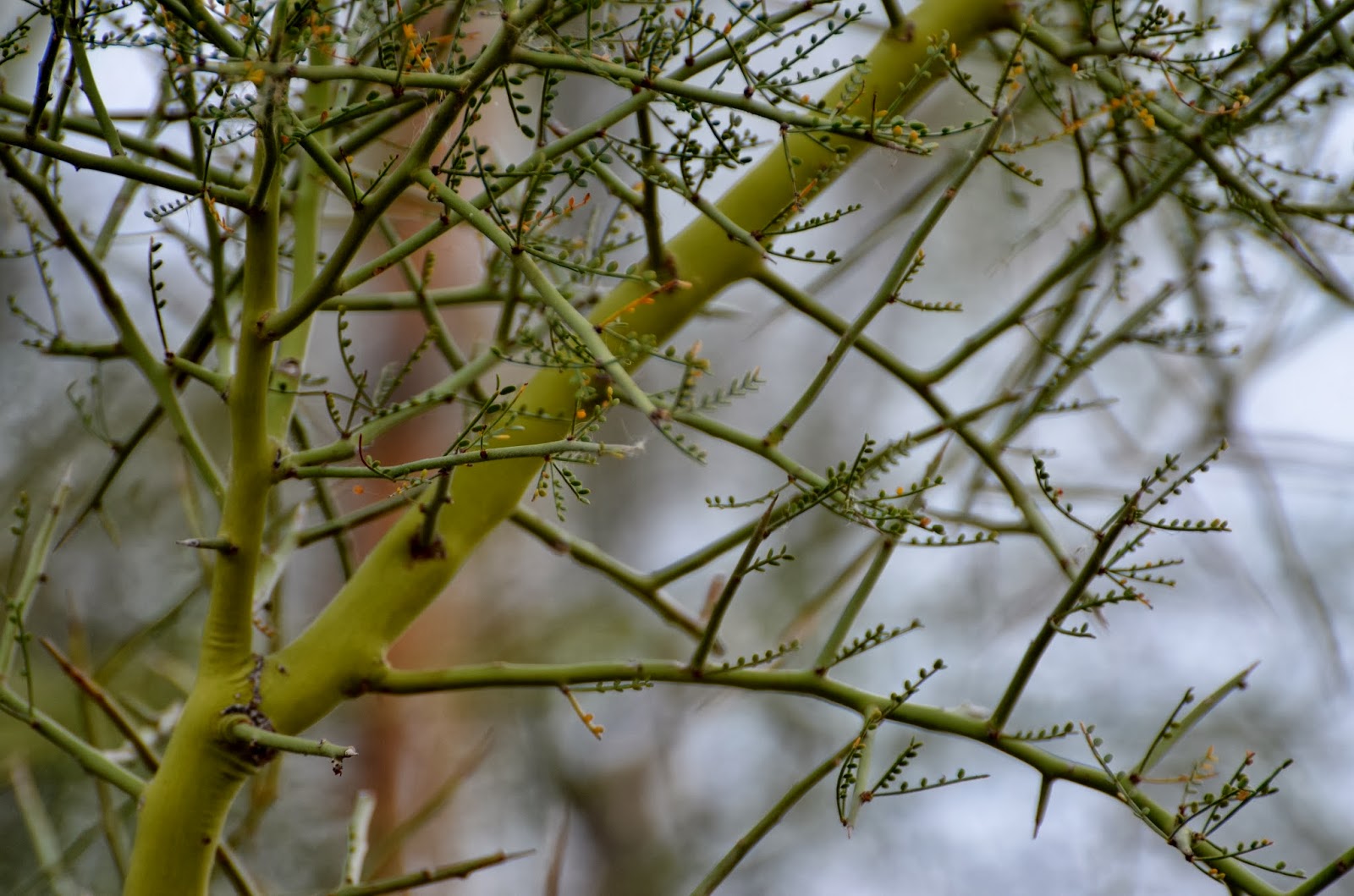 We have seen palo verde. But I did learn that they achieve photosynthesis throughout the green bark as well as the leaves. Notice the tiny leaves. 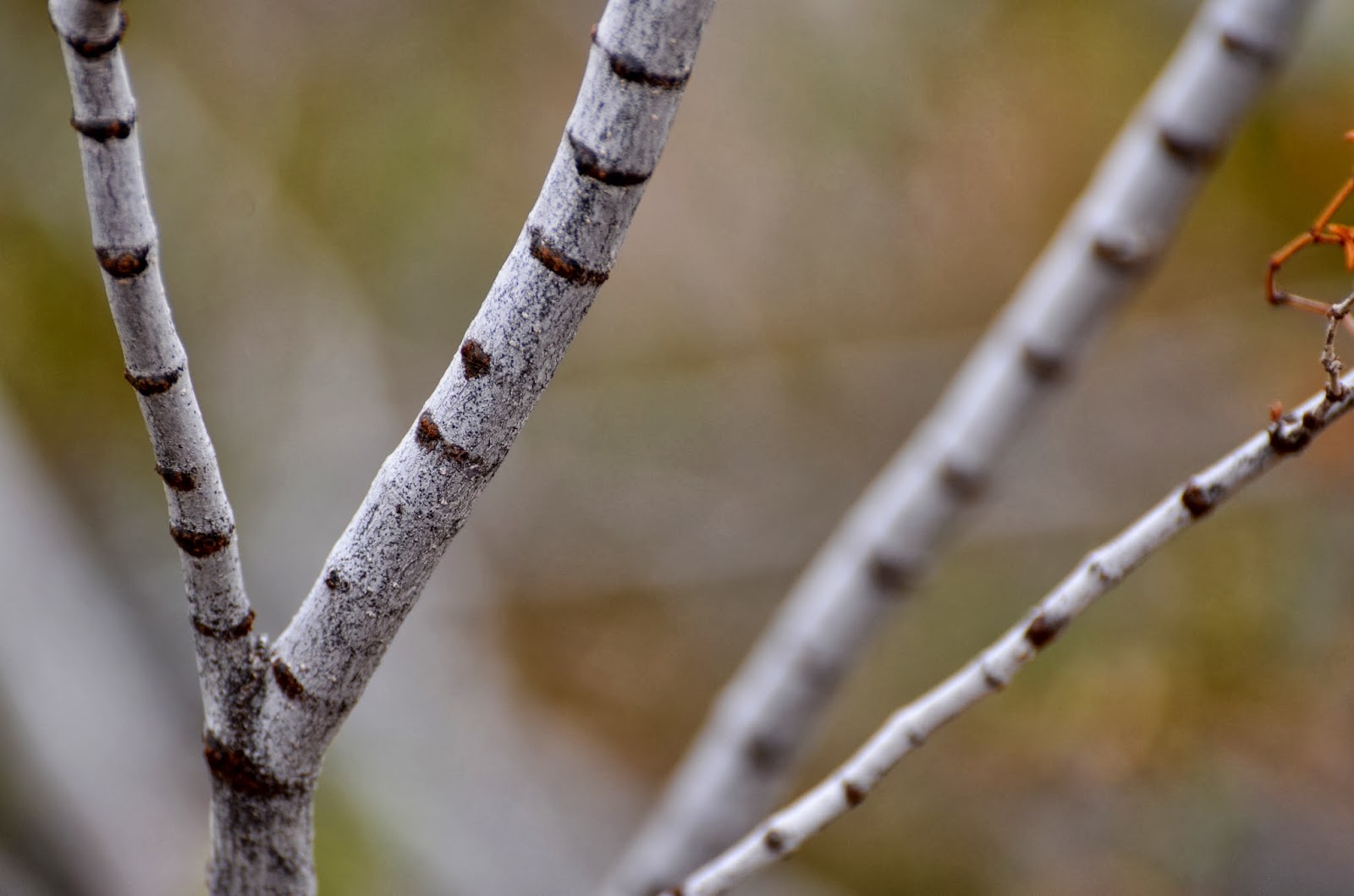 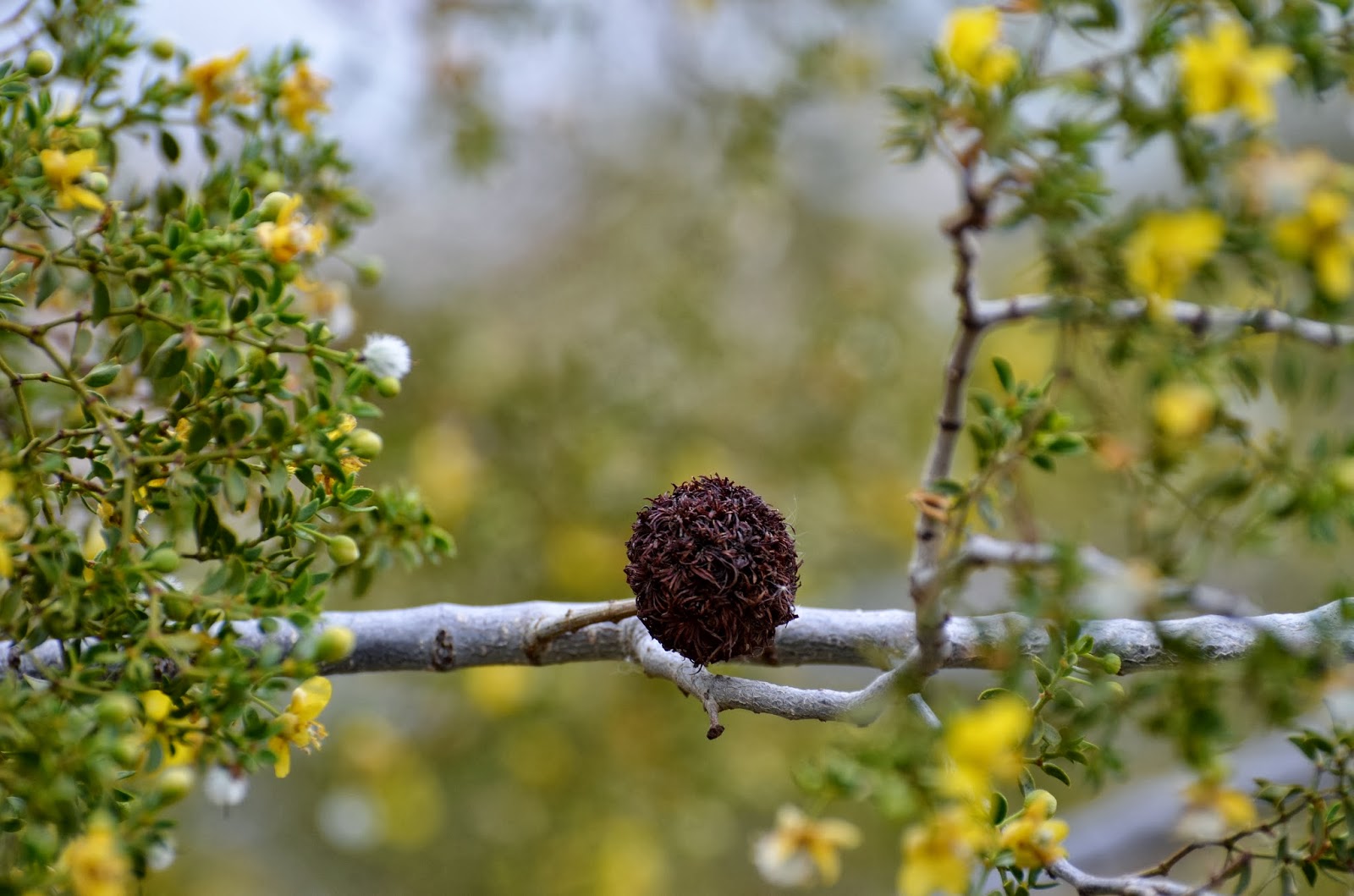 Creosote bushes are also common throughout the desert. Each stem of this hardy plant can live 200 years. It reproduces by sending out shoots. These shoots could be descendants from a bush that began thousands of years before. Not many animals eat these bitter leaves and for this reason, flies lay their eggs on a branch bud. As the larvae hatch, the bush grows a ball of leafy material around the larvae. This protects larvae from the heat, dry air, and predators. 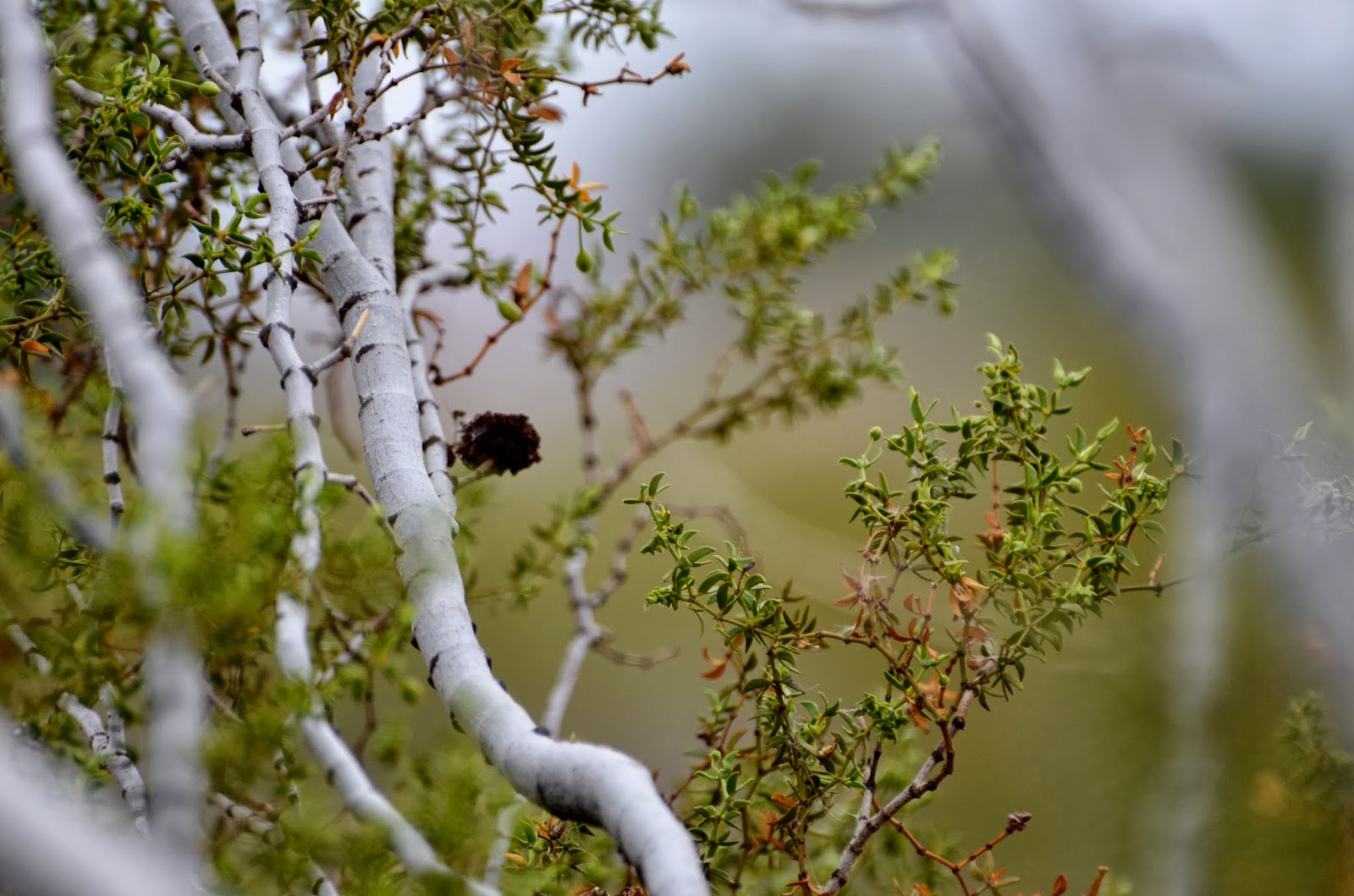 Next time you see a creosote bush...cup your hands around its leaves and gently breath warm air onto them. Then inhale the "rainy" smell that comes from the sticky resin coating that protects against water loss. 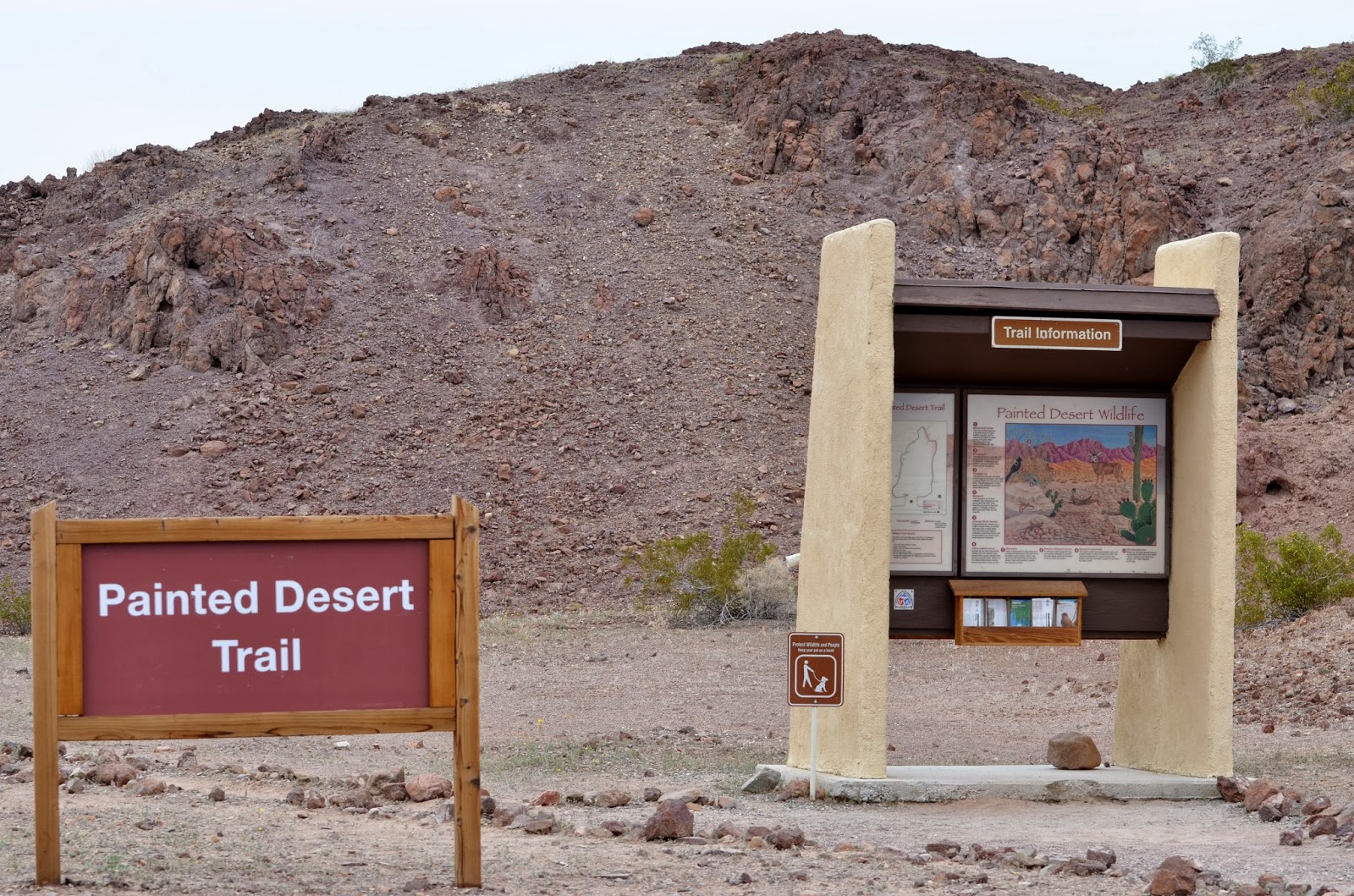 After leaving the visitor center, we took a short drive to the Painted Desert Trail. Its a 1.3 mile loop rated average difficulty with moderate short climbs and uneven terrain. 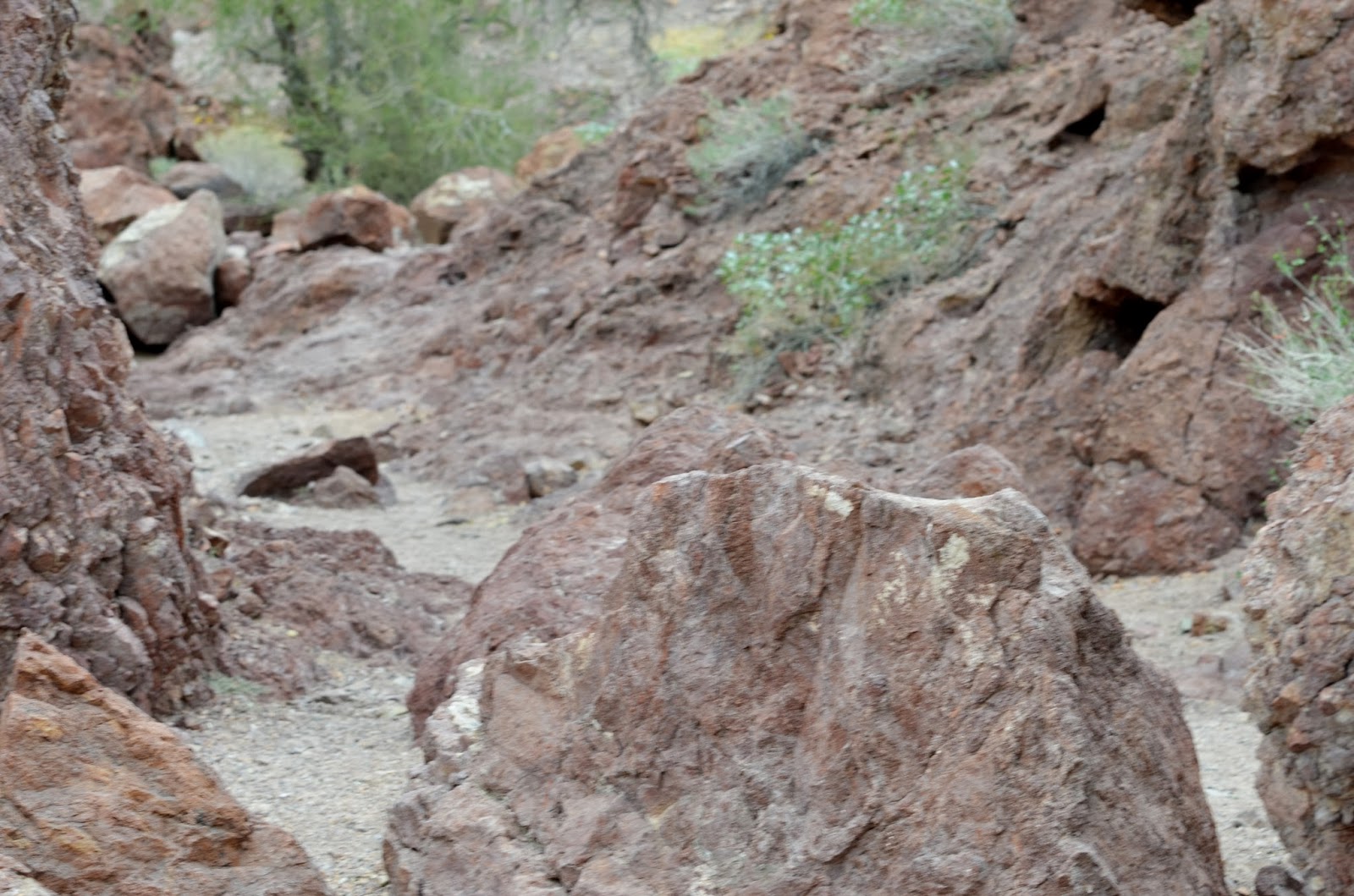 We started out hiking thru a wash enjoying the rocks... 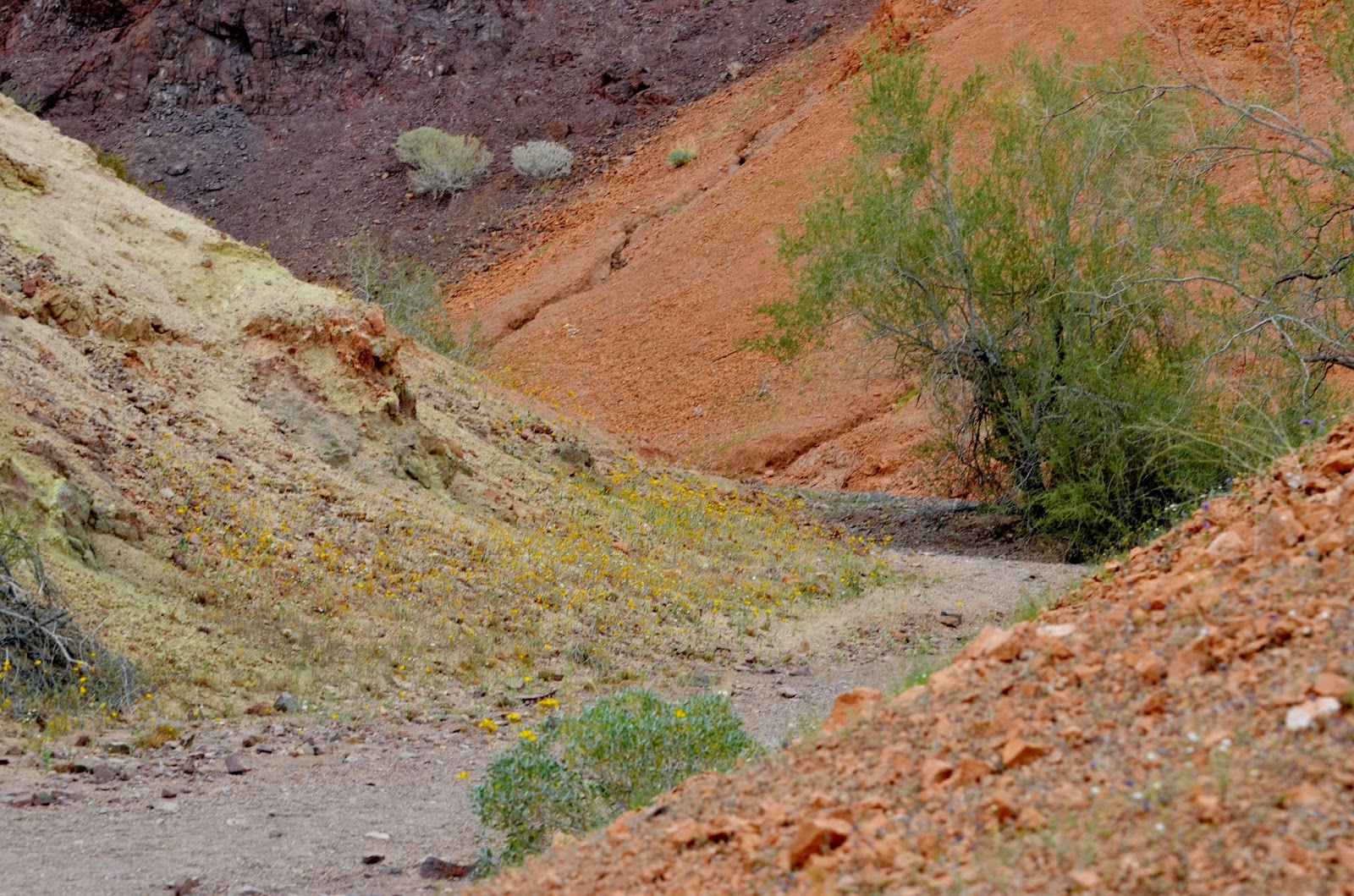 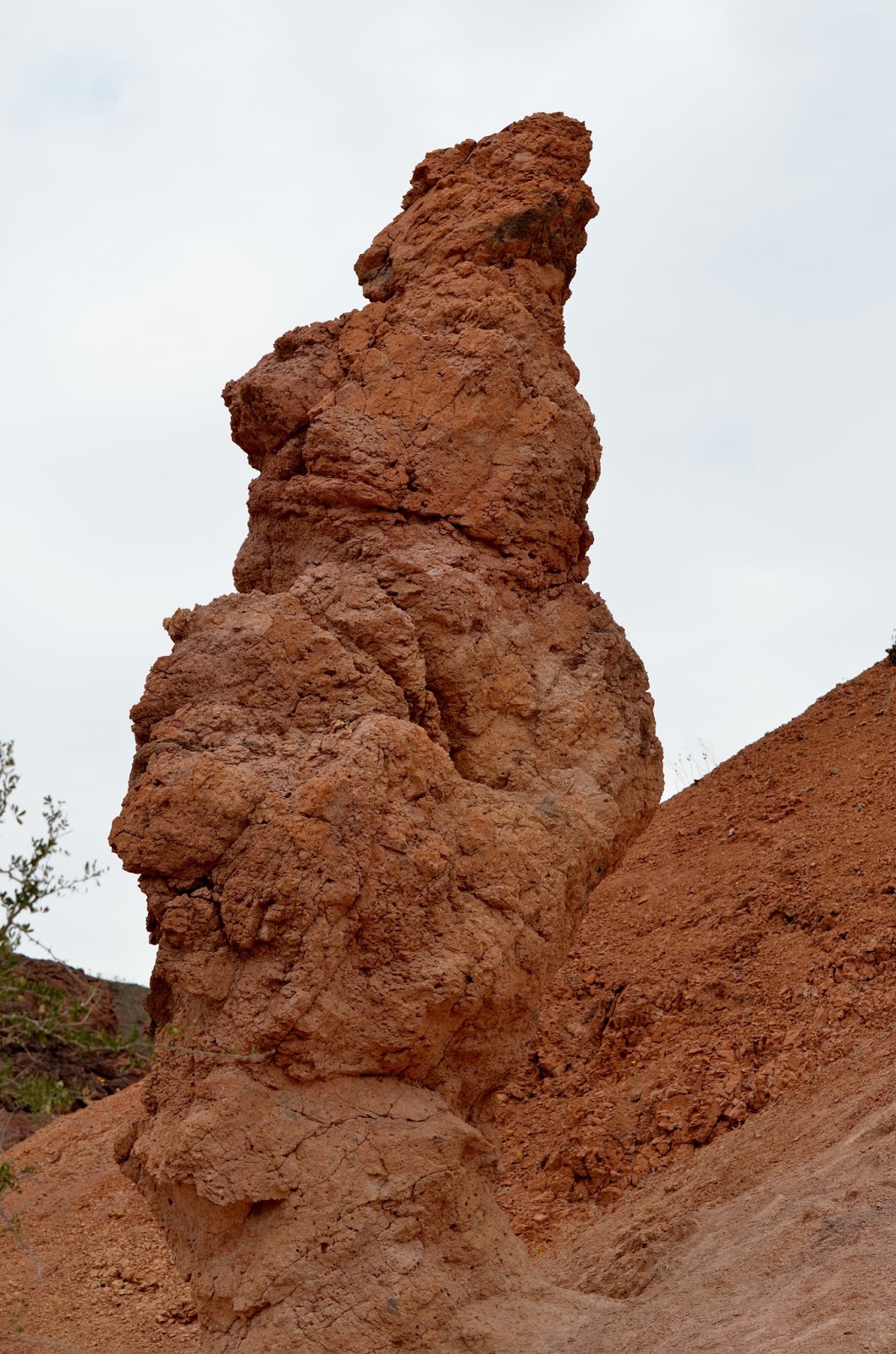 This was a surprise...a rock column created by water eroding the land from several different directions. 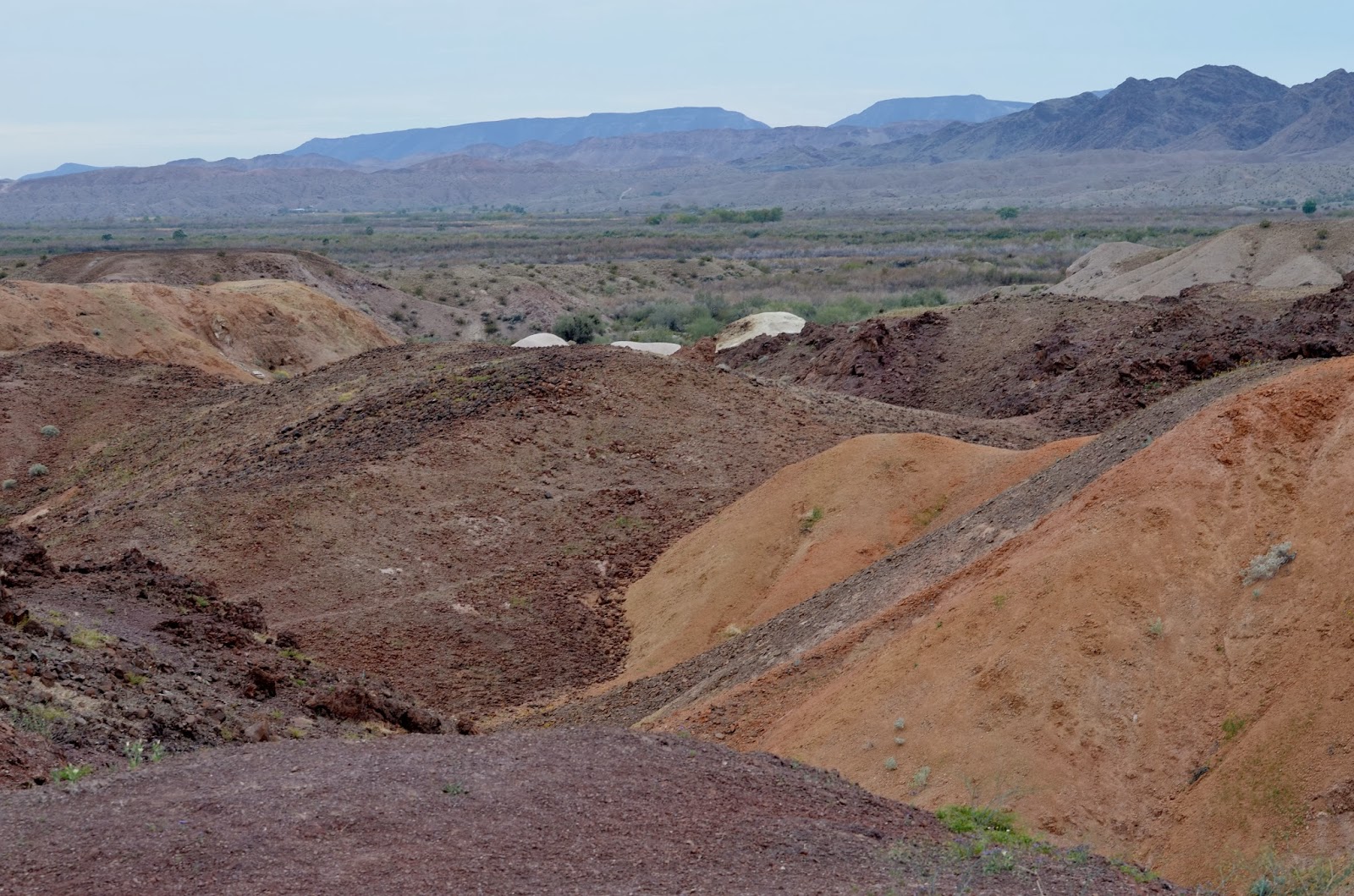 From one vantage point, we could see a strip of green...the banks of the Colorado River. It was quite a distance from where we were. Wildlife needing water, must travel this expanse to get a drink.


Unfortunately, the day was overcast...so the painted desert doesn't look so painted in my pictures. 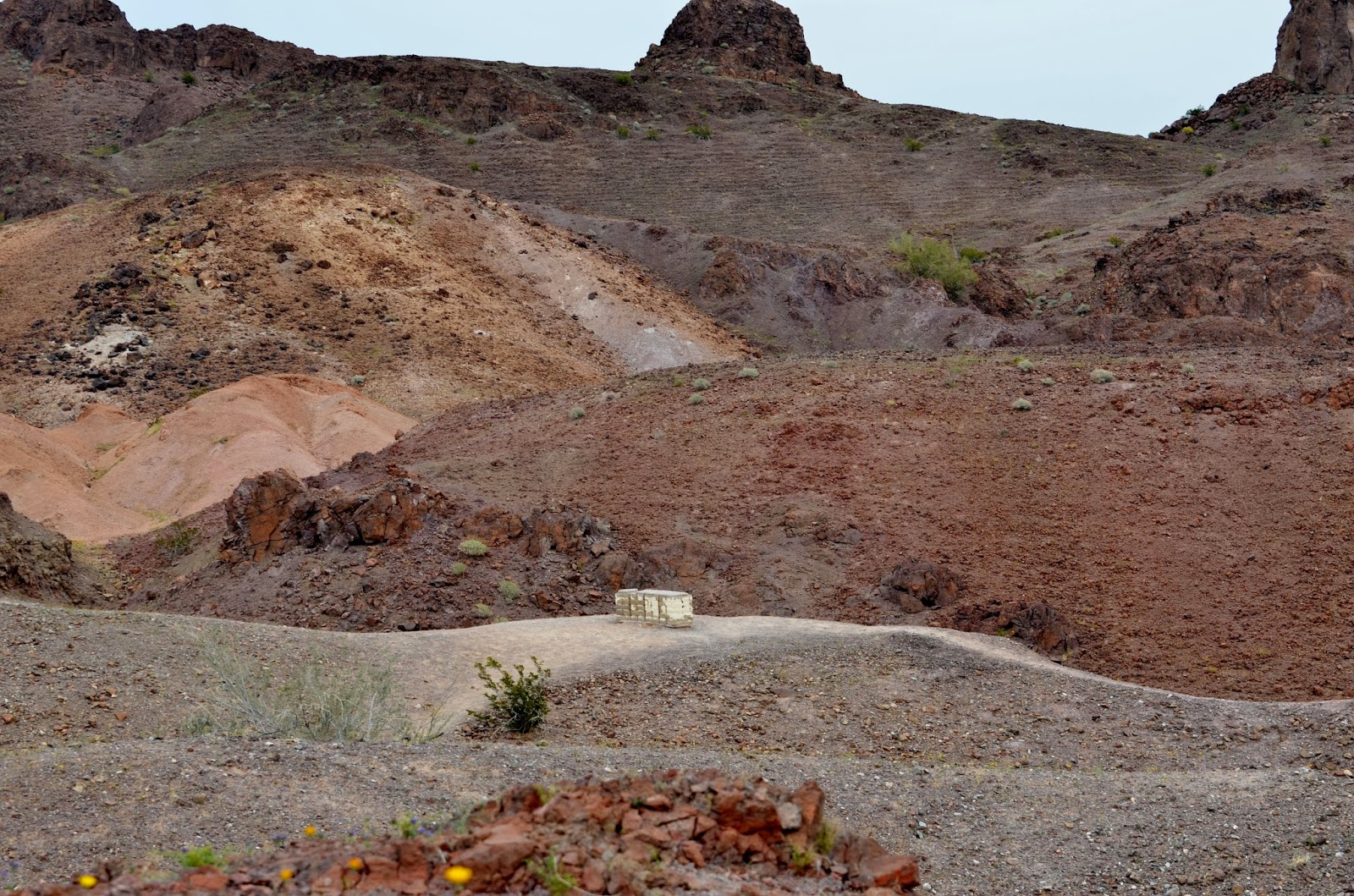 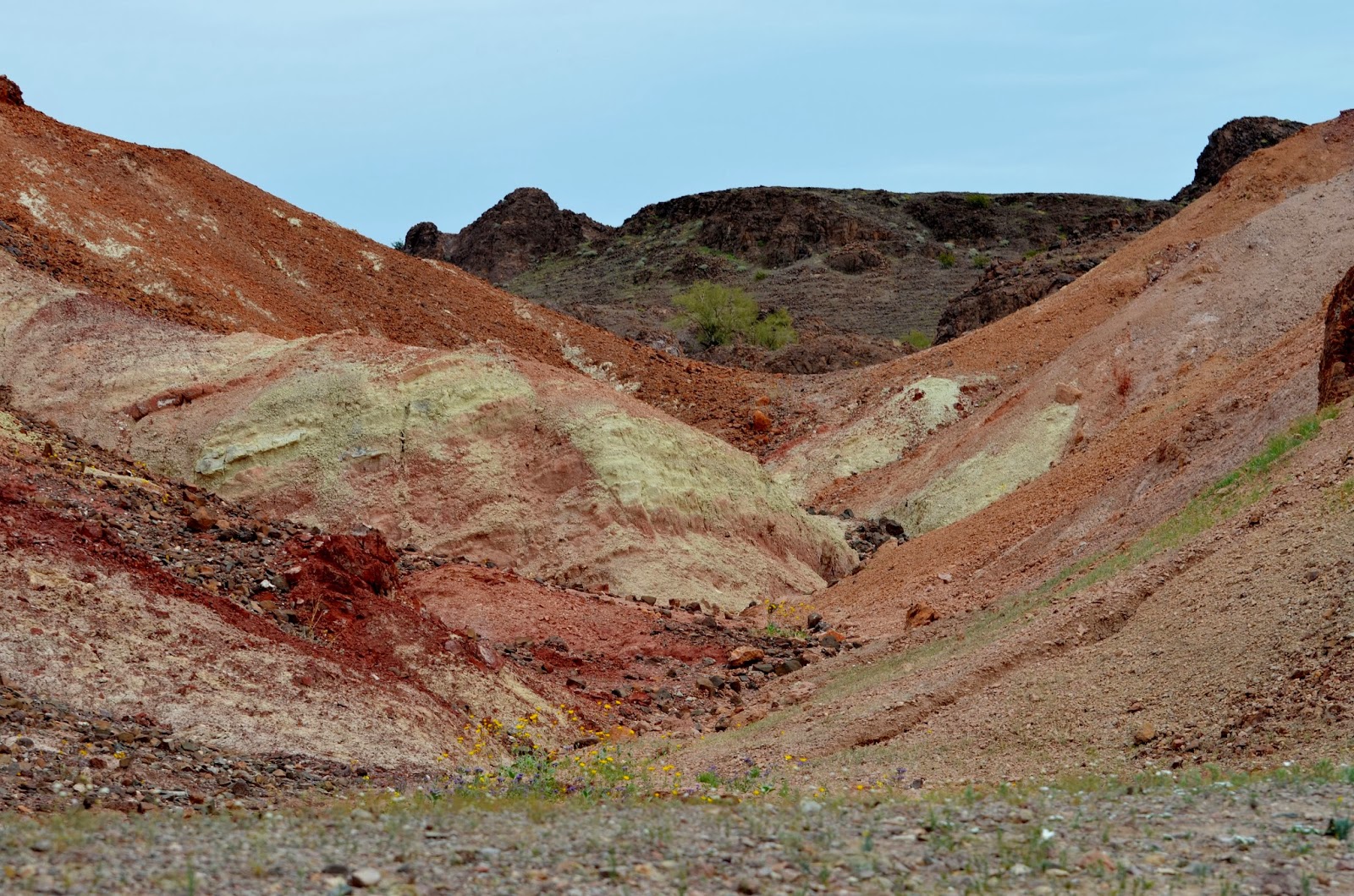 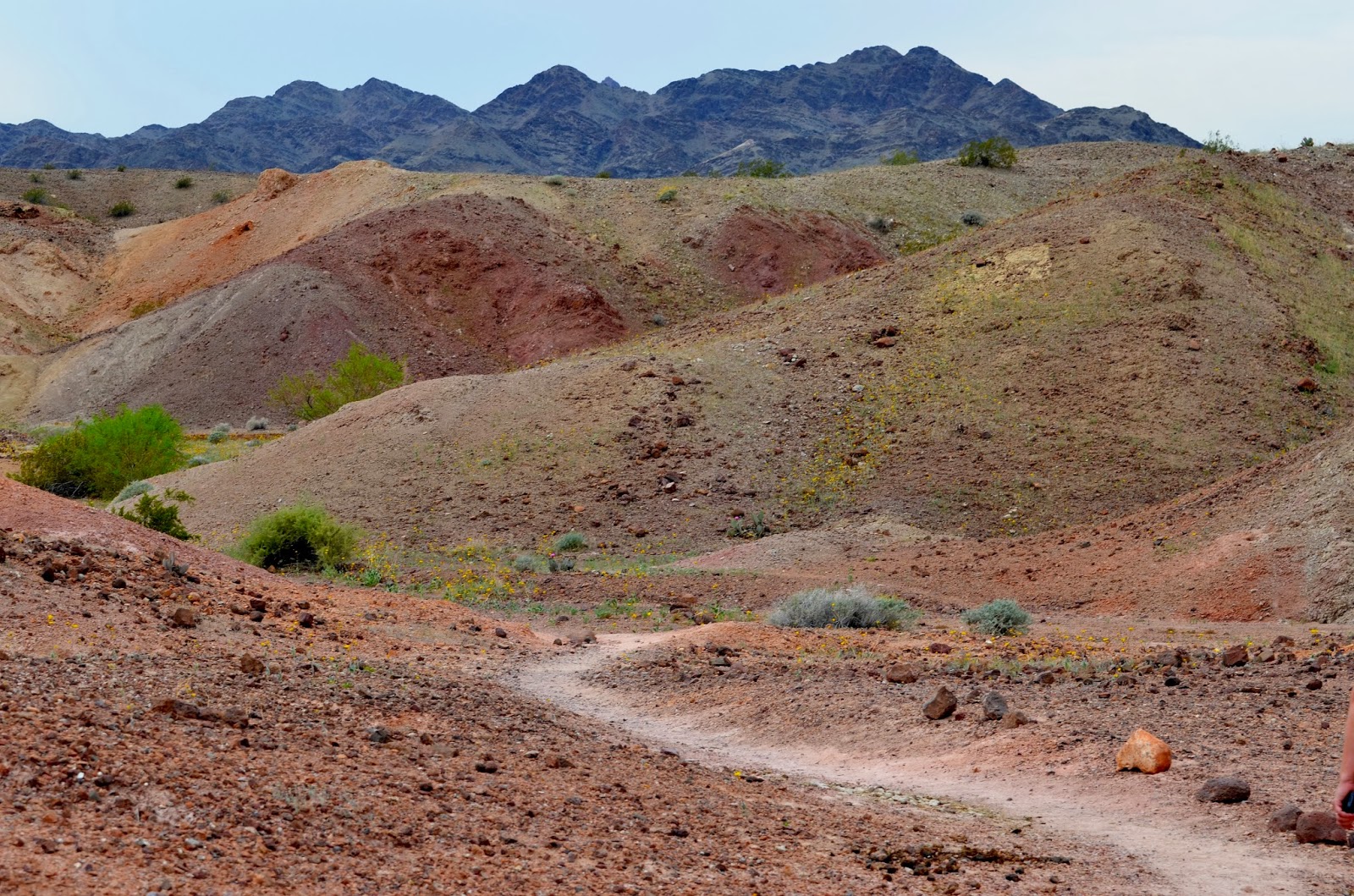 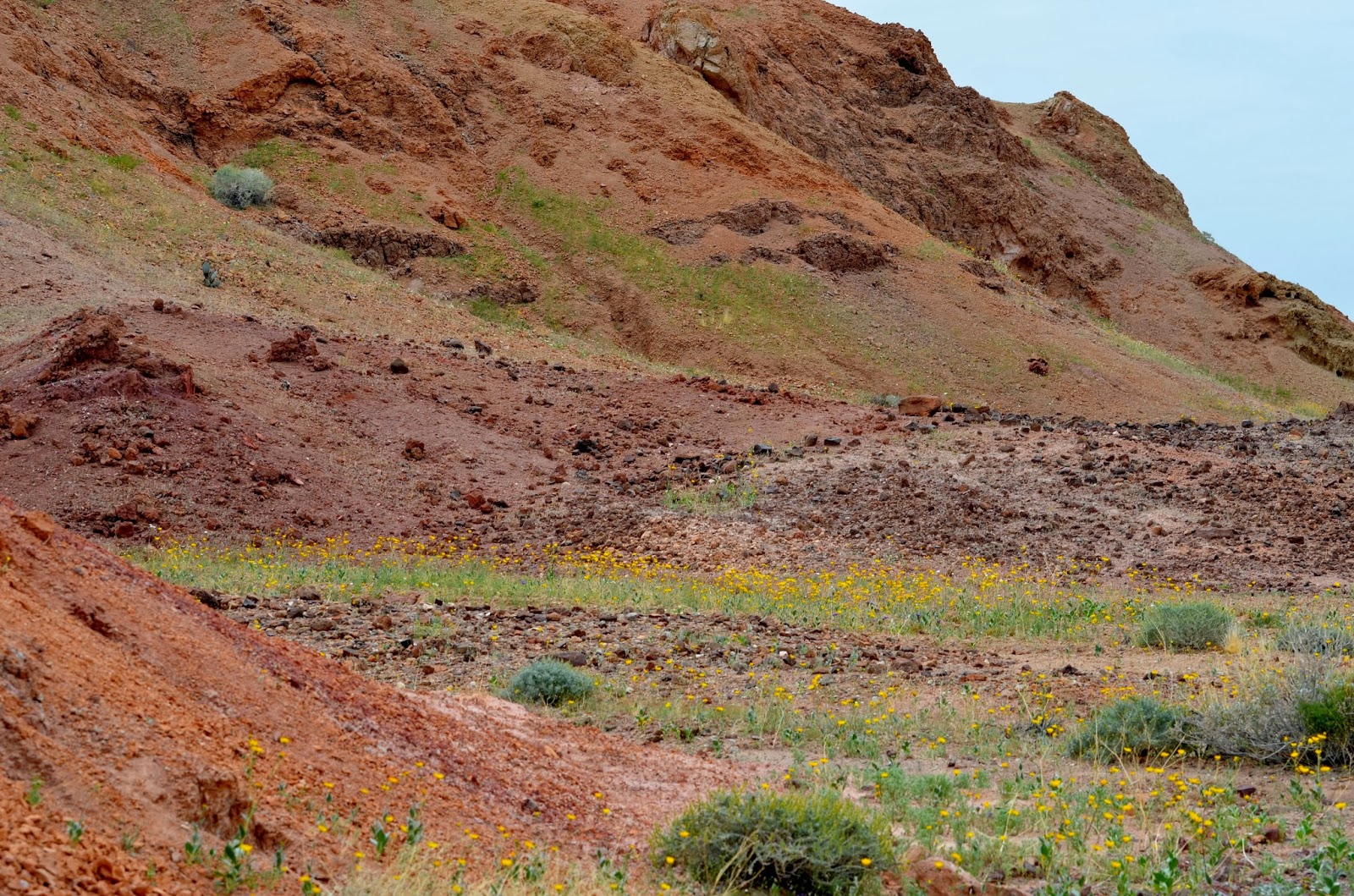 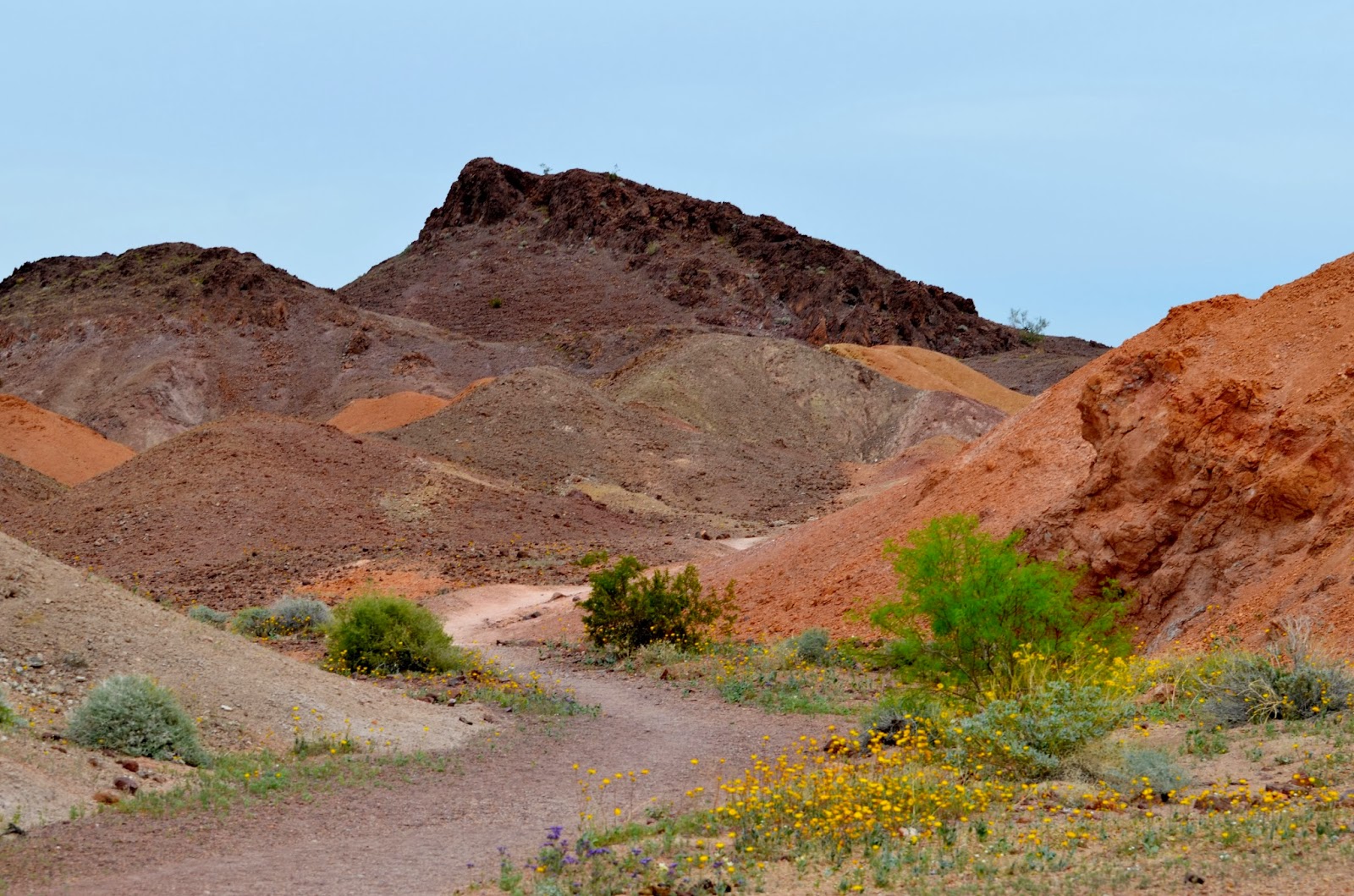 Imperial NWR has more than 15,000 acres of federally designated wilderness. Thank you to the staff and volunteers who work so hard to restore and manage the wetlands and forests. 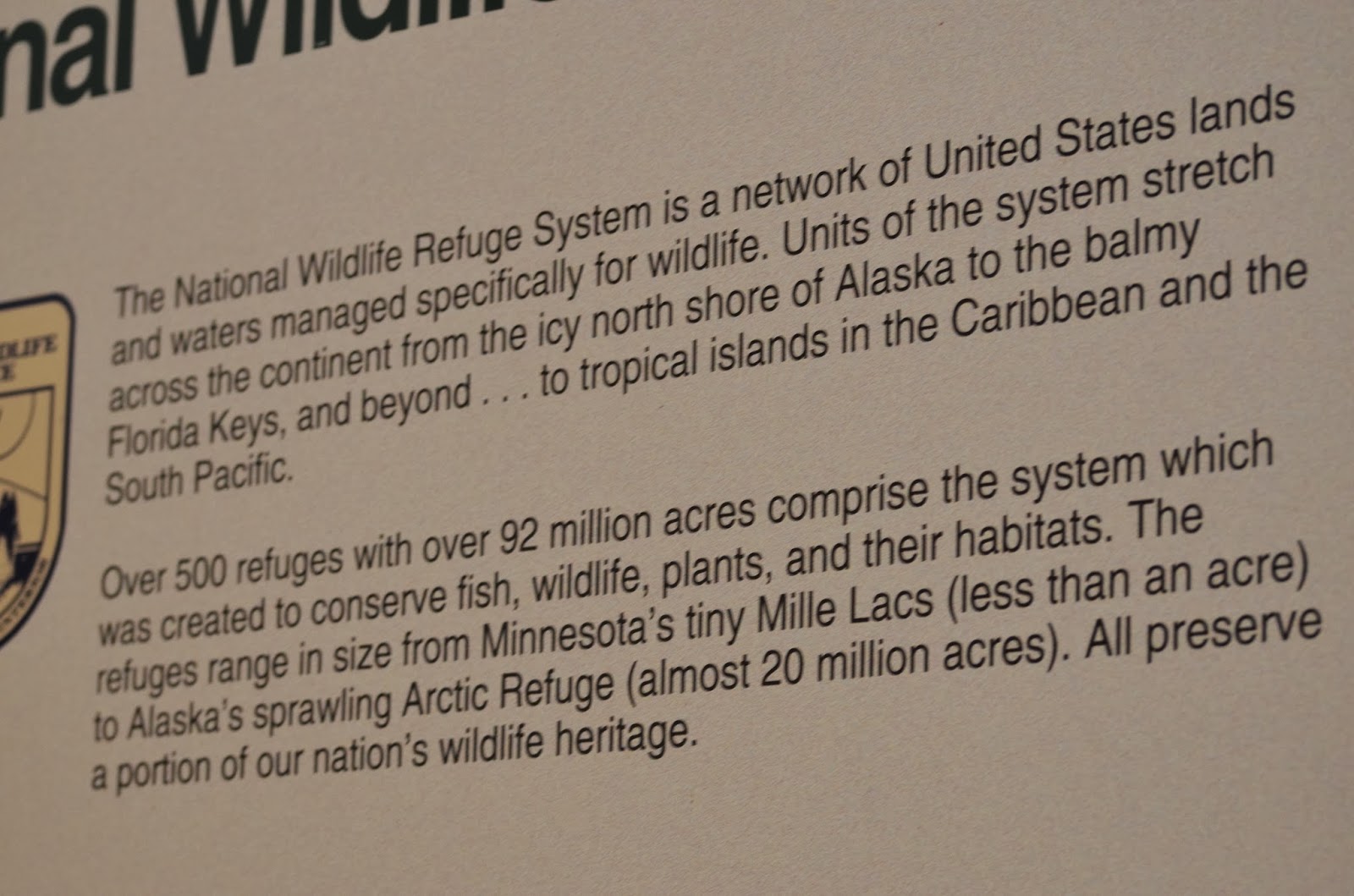 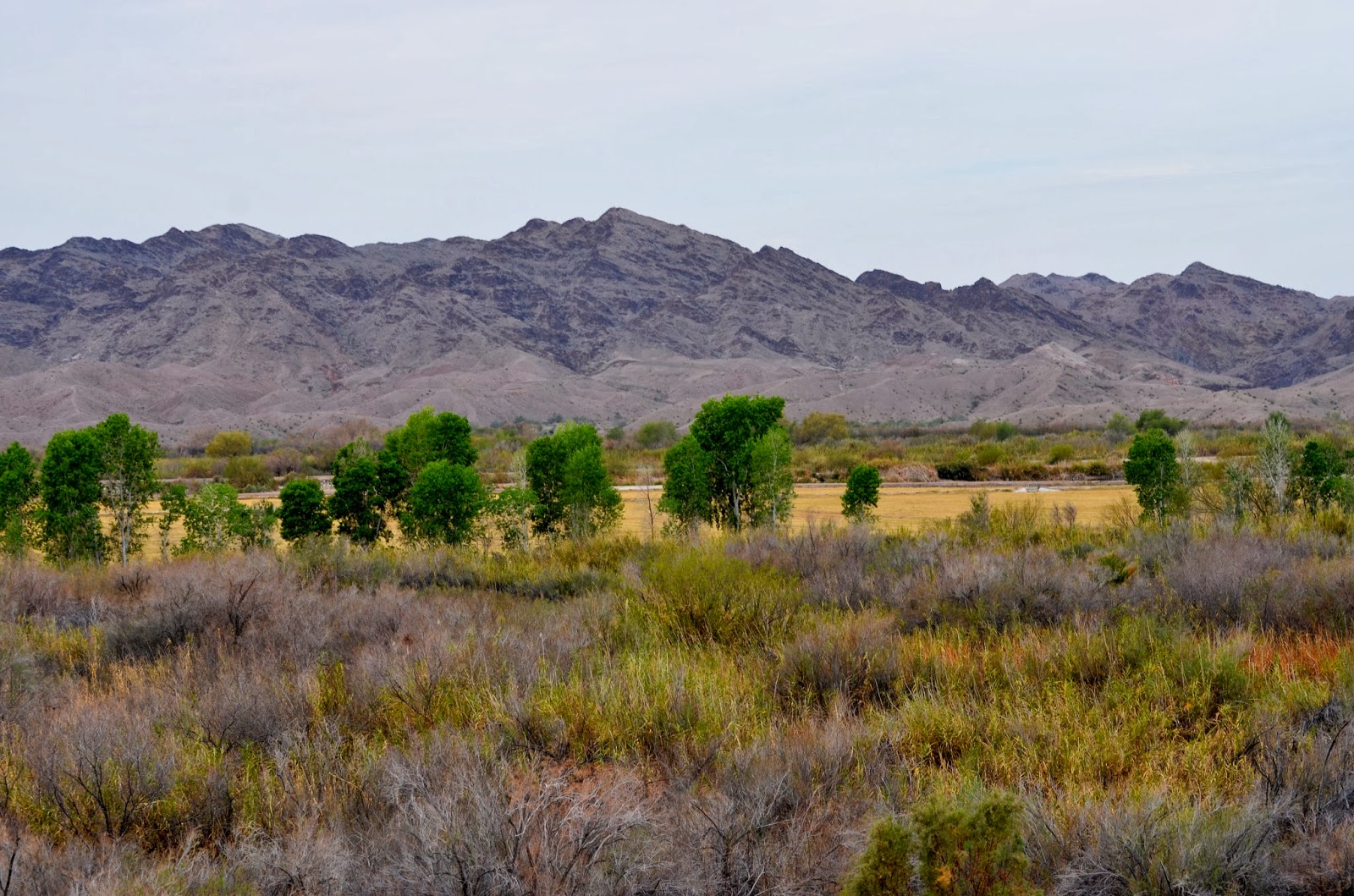 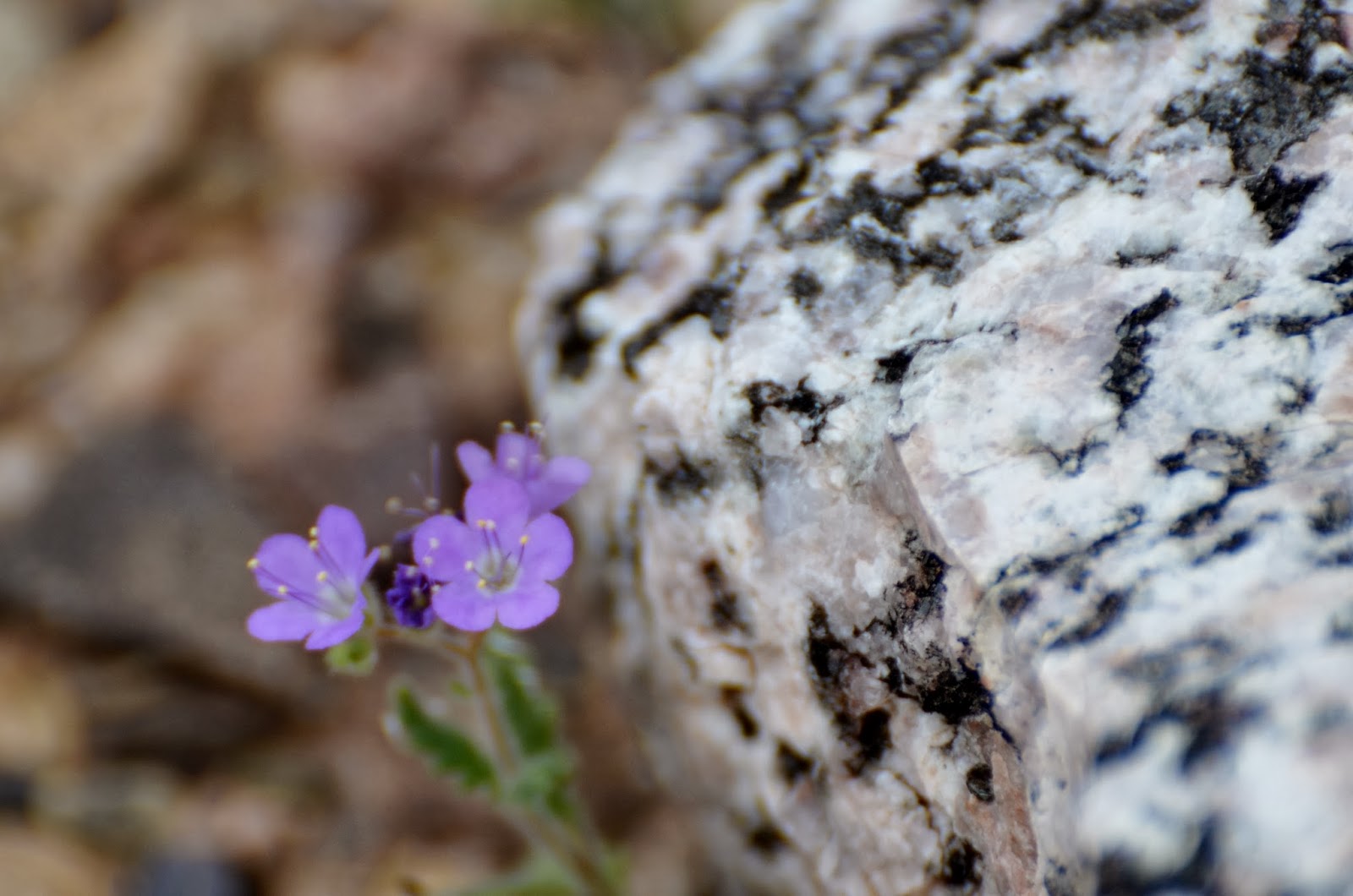 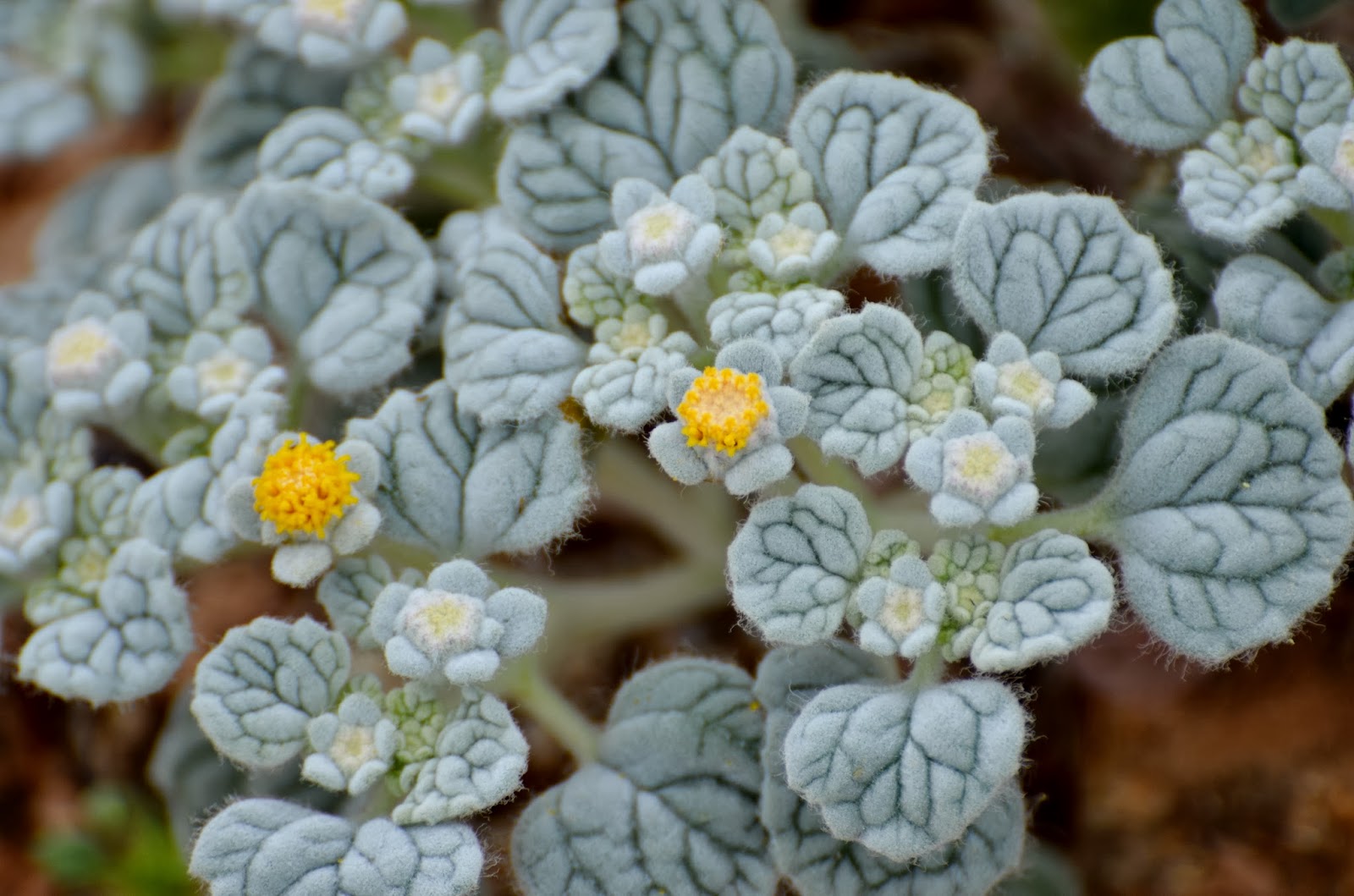 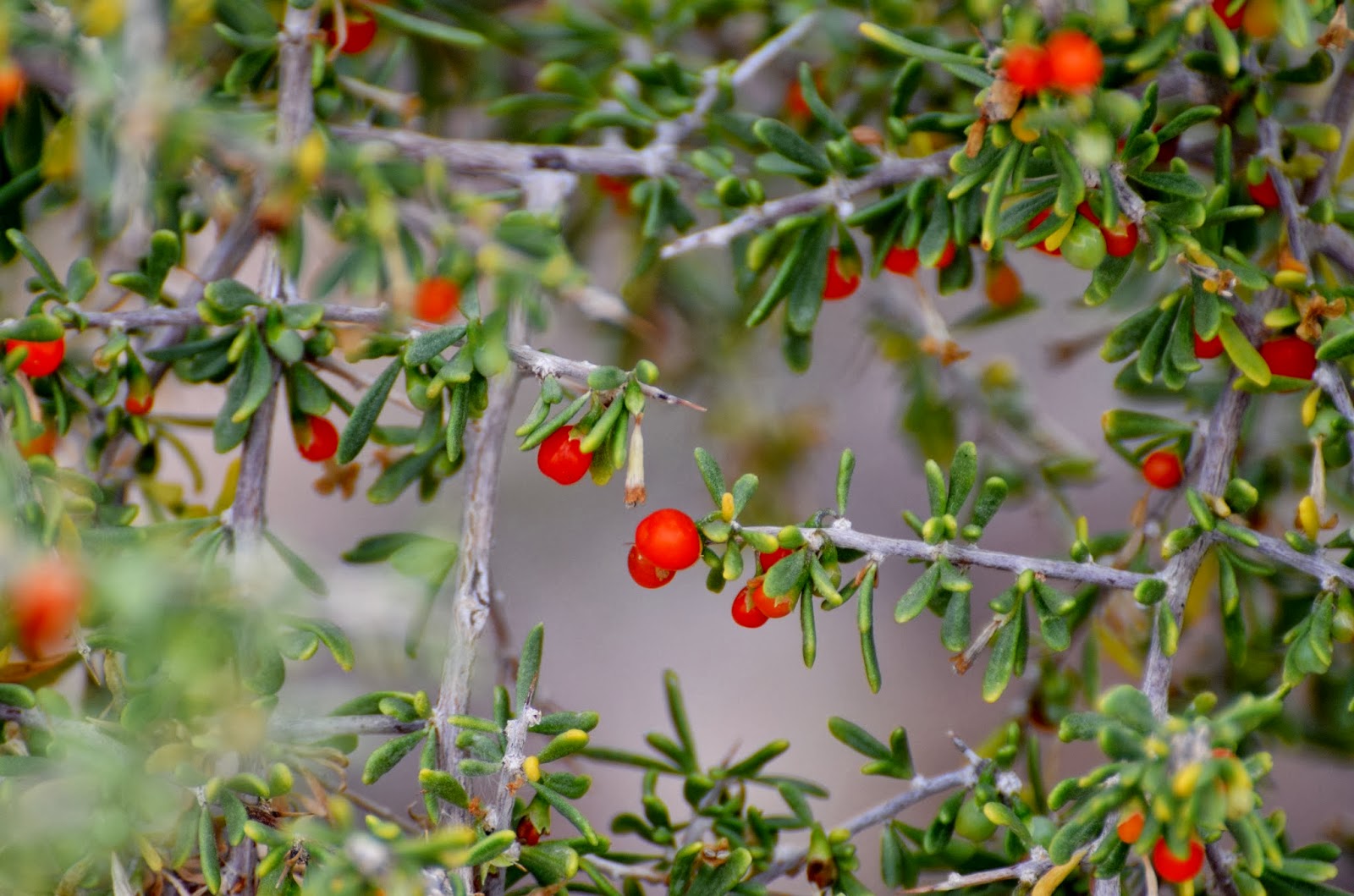 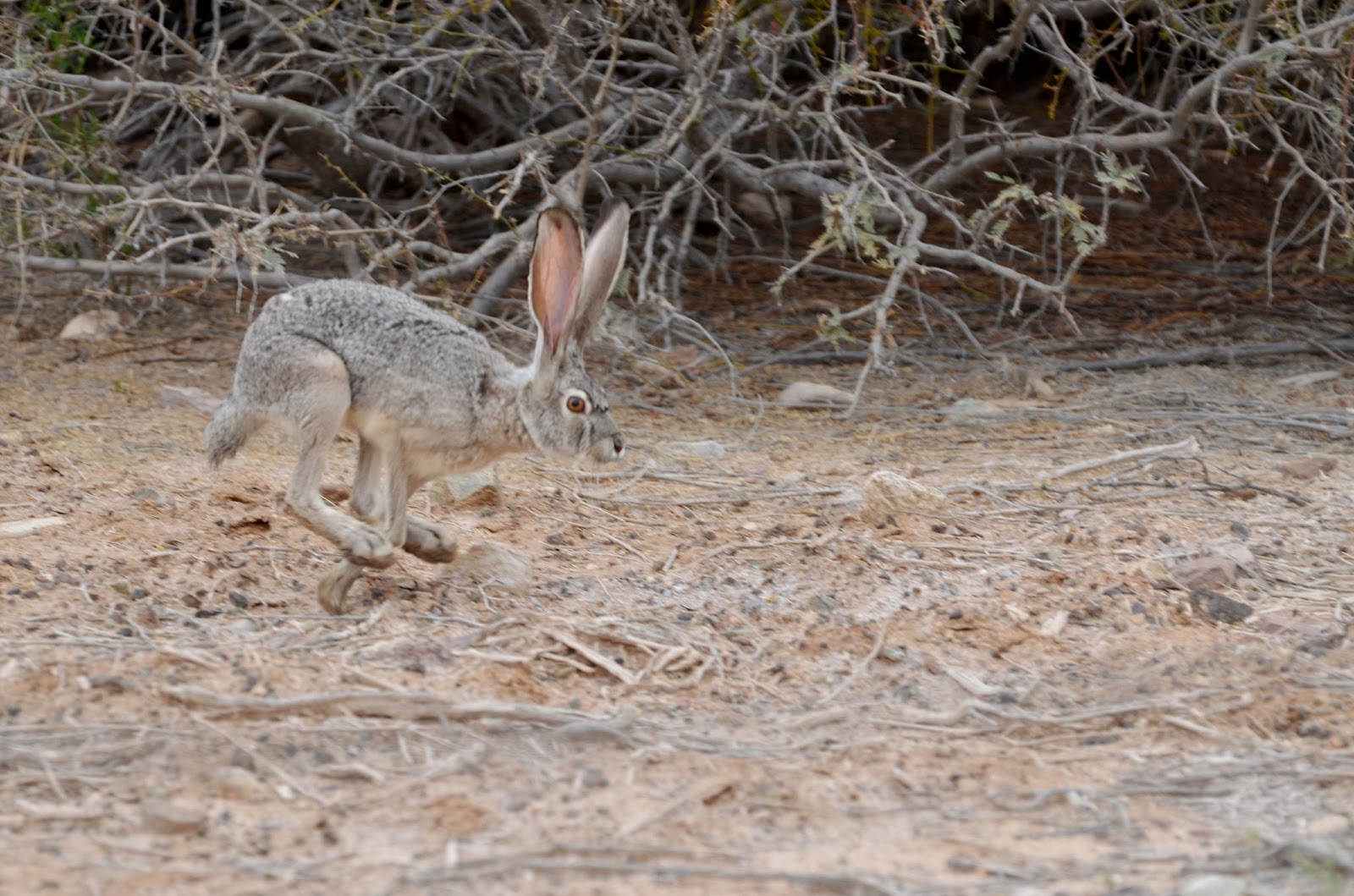