First, a huge thank you for everyone's concern and well wishes towards Joe's recent bout with skin cancer and the Mohs surgery. The diagnosis is Squamous Cell Carcinoma (SCC). He will return on April 11th to have stitches removed. Prognosis is very good.
Meet Lucifer...I sure feel privileged to have had a wonderful encounter with this beautiful hummingbird. The following information comes from www.allaboutbirds.org. I still haven't had a chance to get to the book store for a bird identification book. 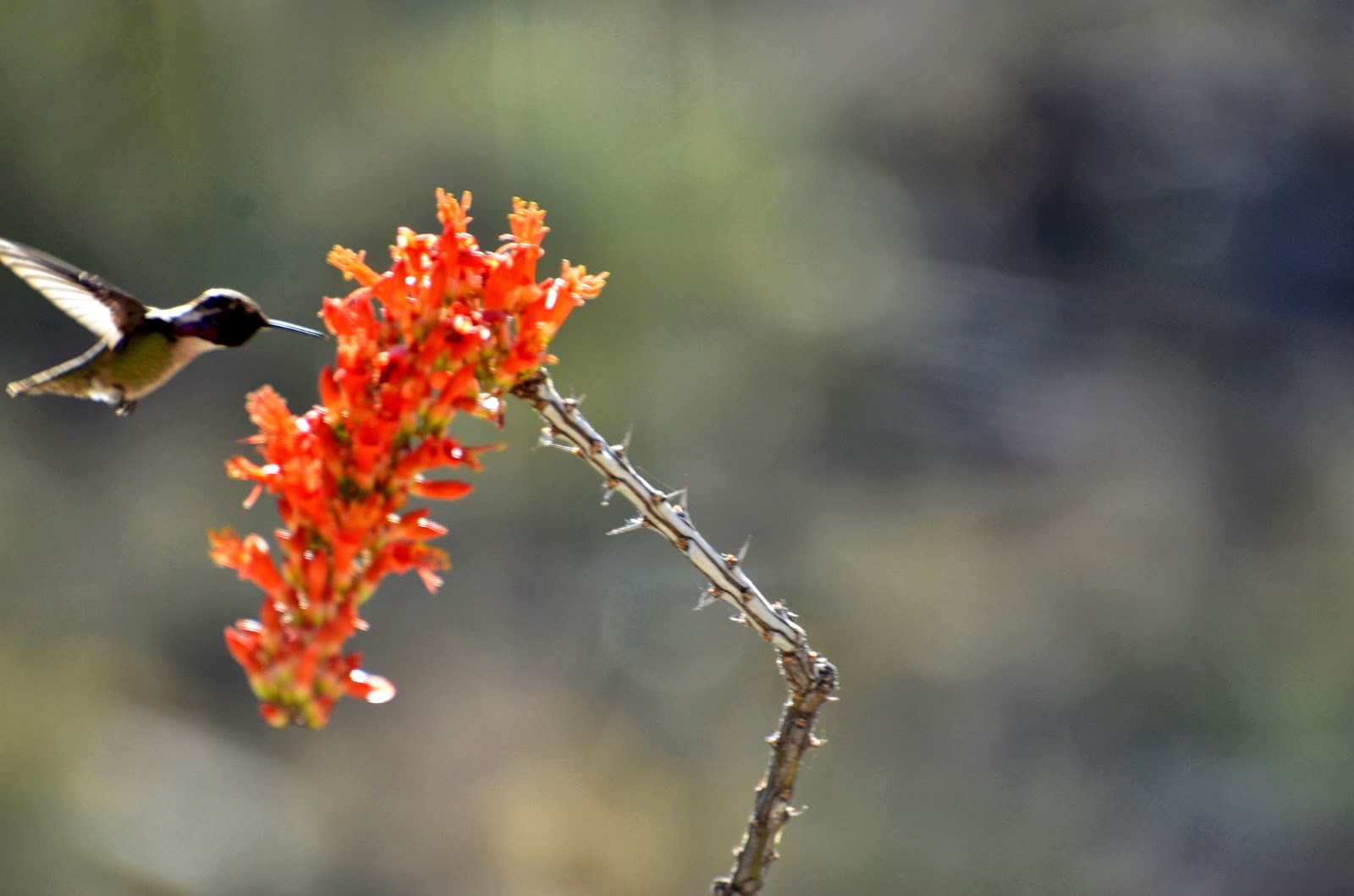 The tiny, vividly purple-throated Lucifer is mainly a species of northern Mexico. When it reaches the US, in extreme southern Arizona, New Mexico and west Texas, it's a highly sought-after species among avid birders. I consider this to a WOW moment and certainly a lucky day!

Adult males have a green back, and it's breast is dingy and whitish. The solid purple gorget of the Lucifer I had the pleasure of photographing indicates he is an adult male. The immature males have only a few spots of purple on their throat. 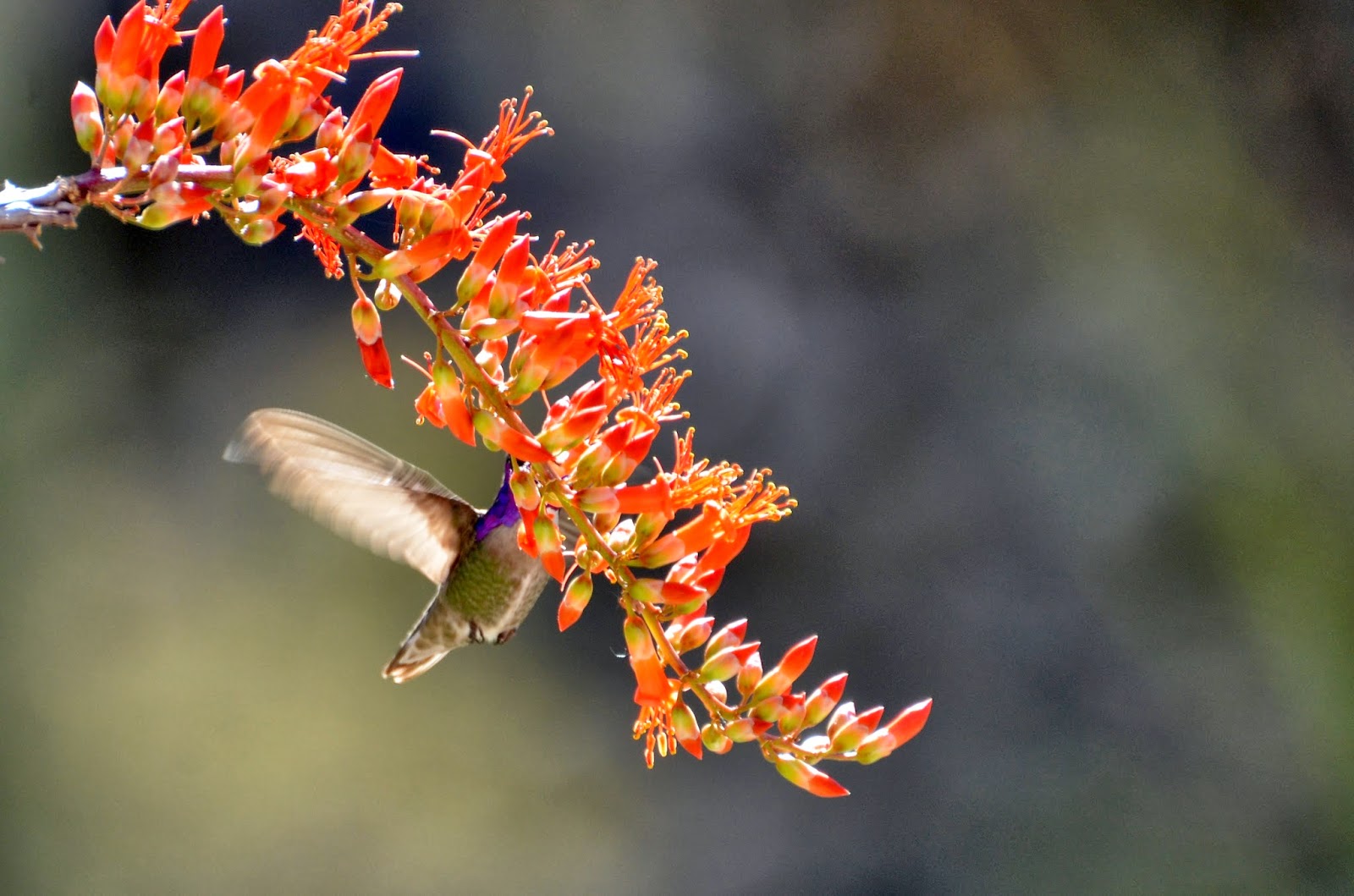 Although these beauties prefer agave flowers, they do feed on the nectar of other flowering desert plants. I am glad he was enjoying the ocotillo flowers...the bright orange/red is a nice contrast to the purple. 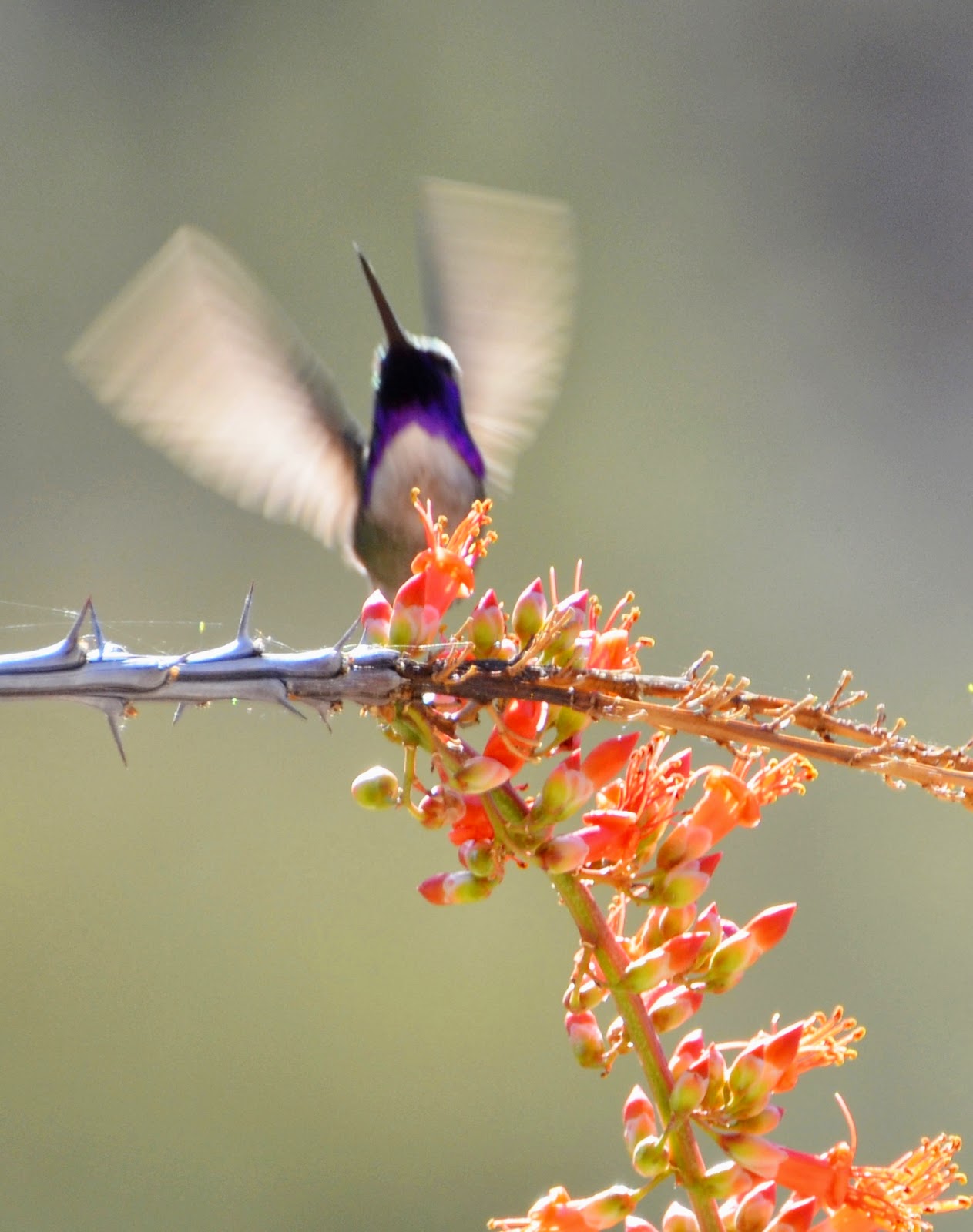 Another noticeable characteristic I captured is the white streak behind the eye. A characteristic I was not able to capture was the forked tail. Lucifers belong to a group of hummingbird species called "sheartails" named for their deeply forked narrow tail. 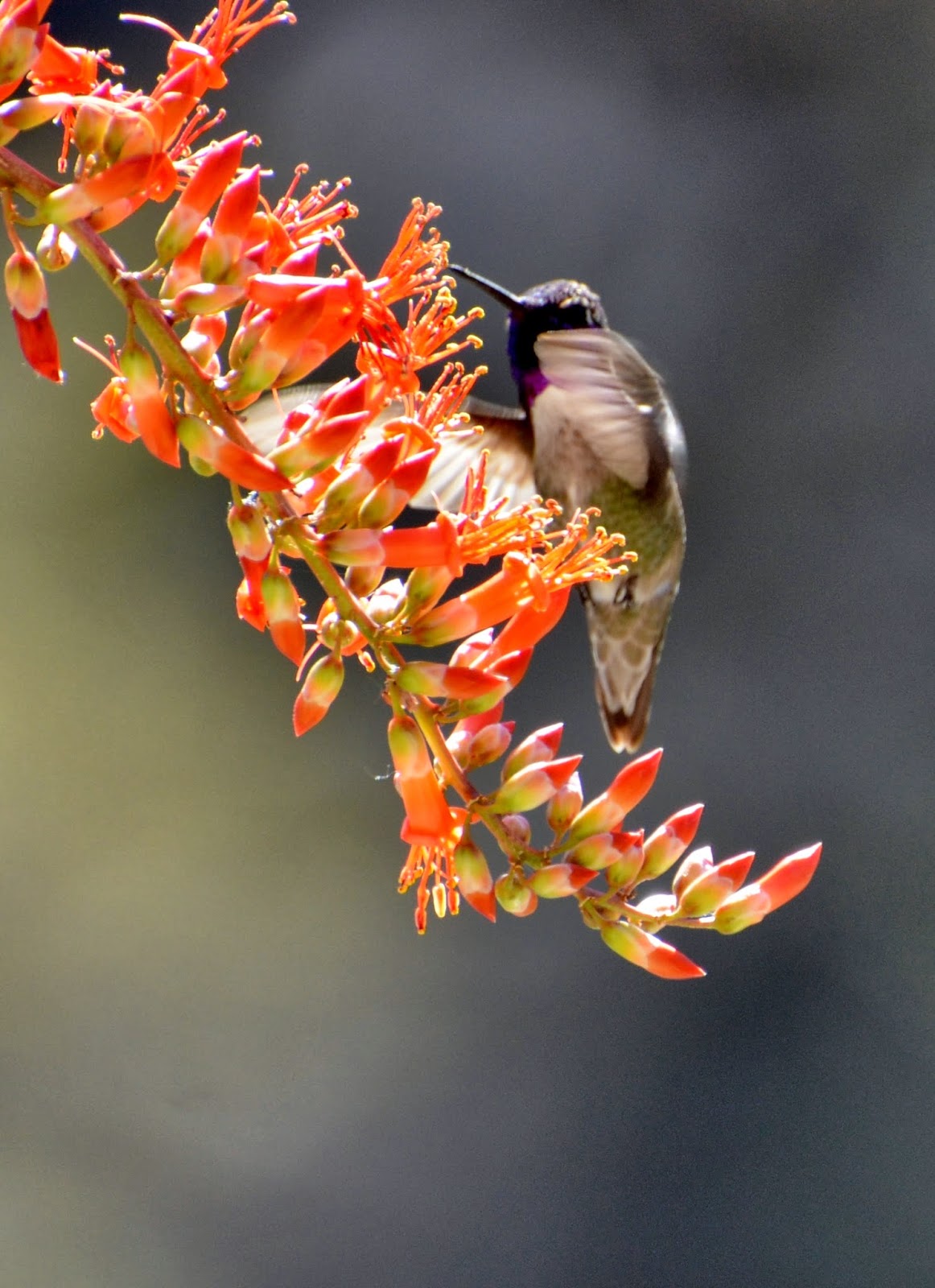 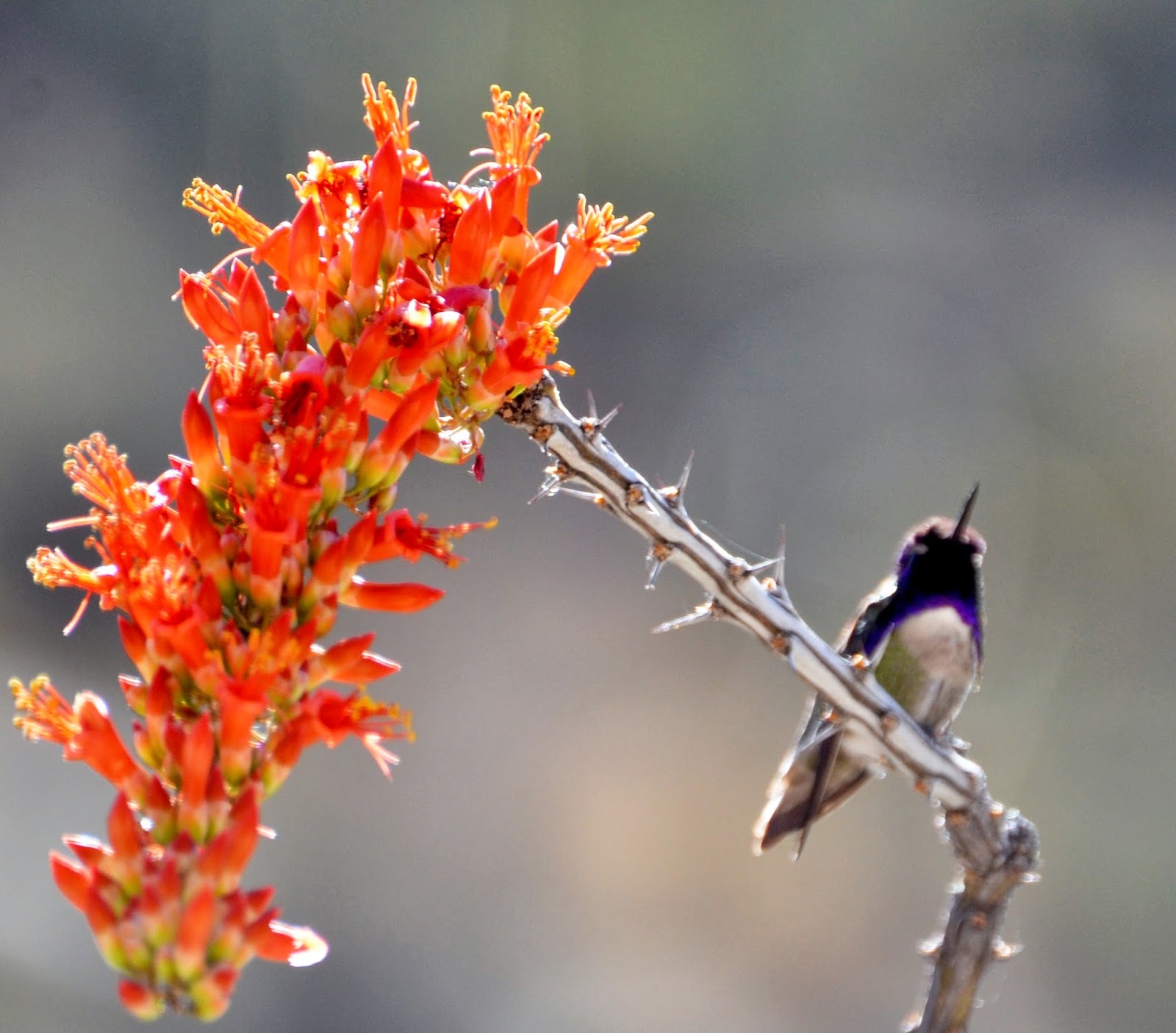 Now about the Agave Americana...common names include century plant, maguey, or American aloe... it is originally from Mexico. 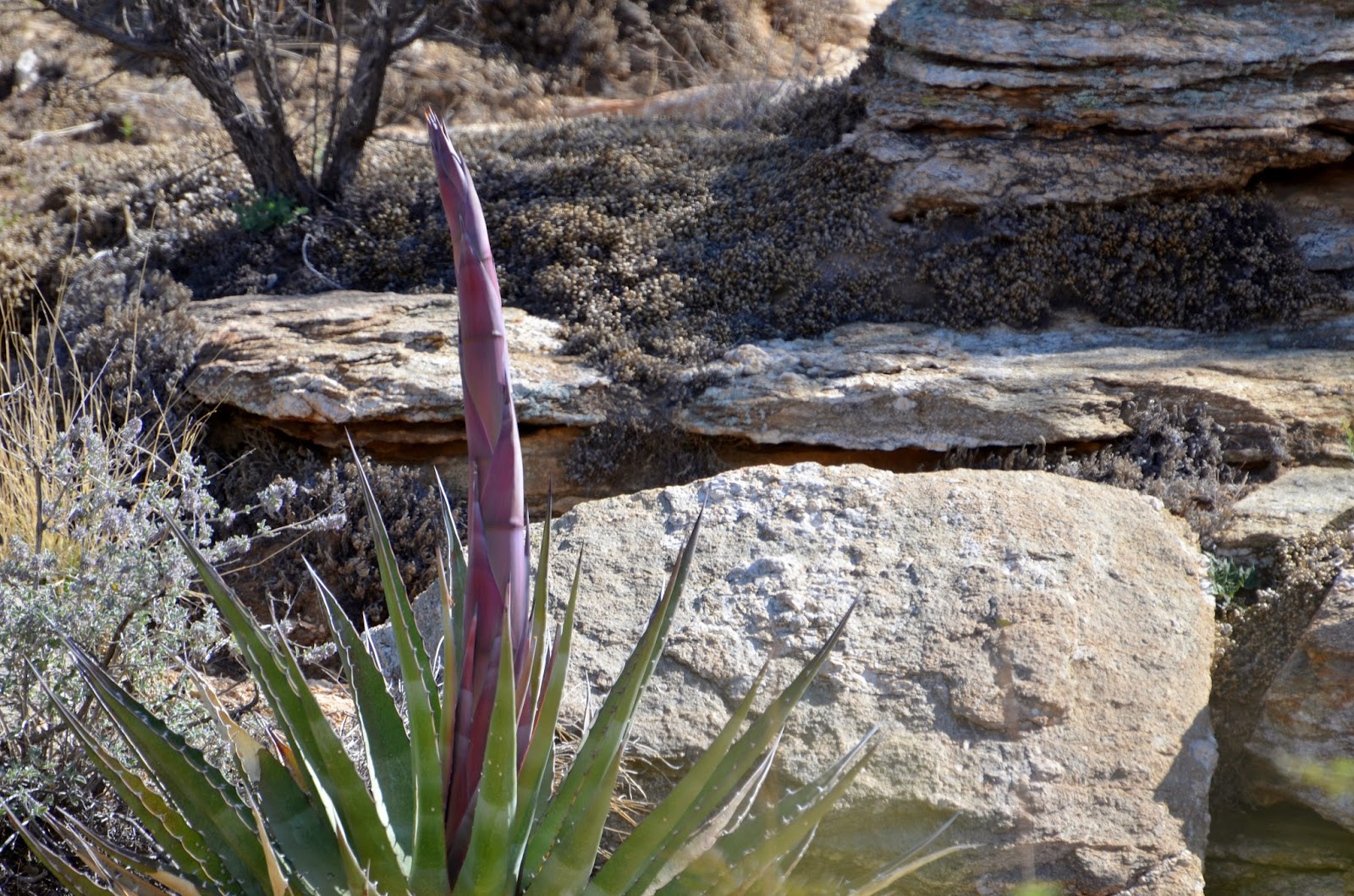 According to Wikipedia, the misnamed century plant only lives 10 to 30 years. It has a spreading rosette about 13 feet wide of grey green leaves up to 6.5 feet long. These leaves have a spiny margin and heavy spike at the tip that can pierce to the bone. 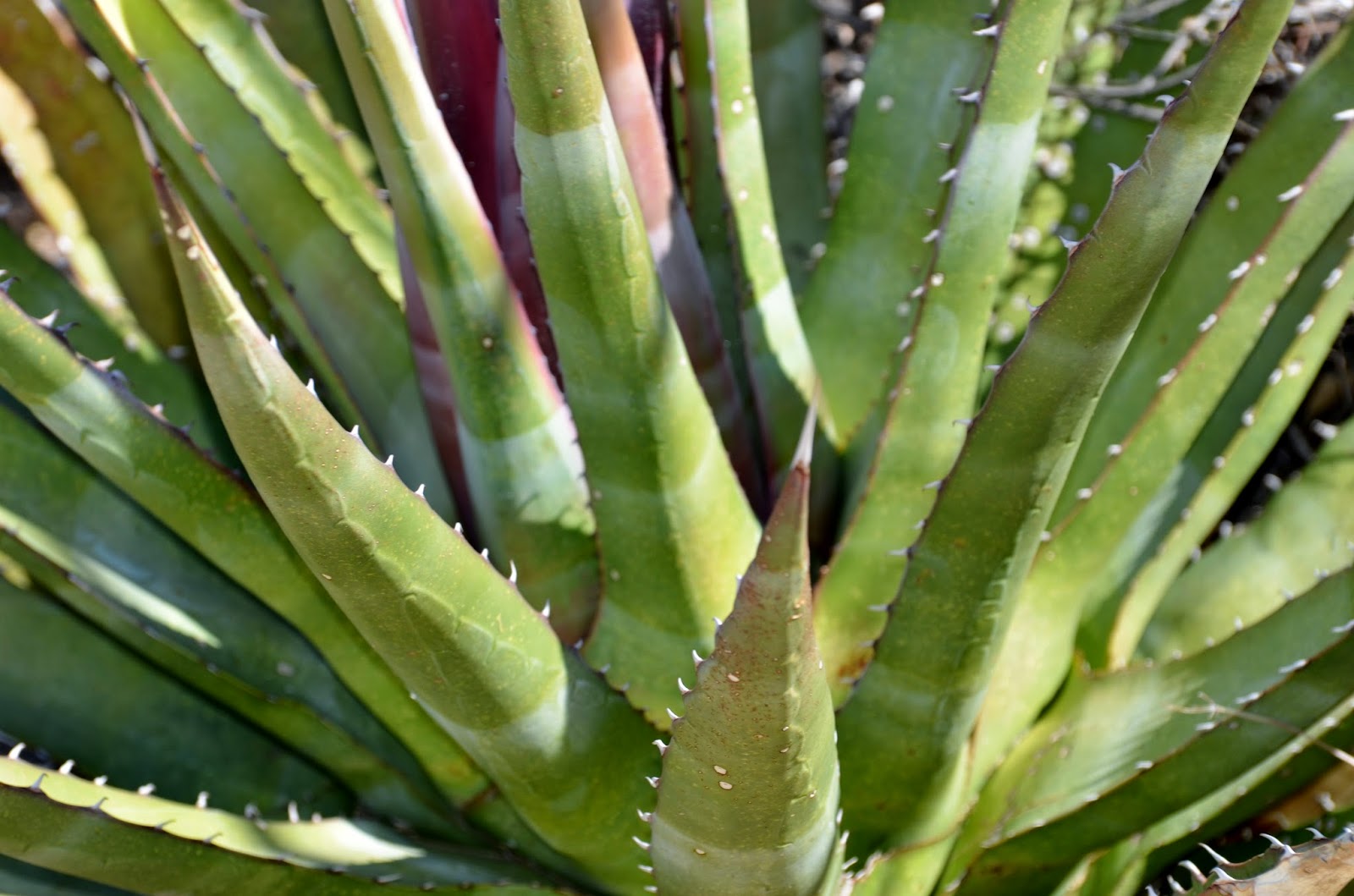 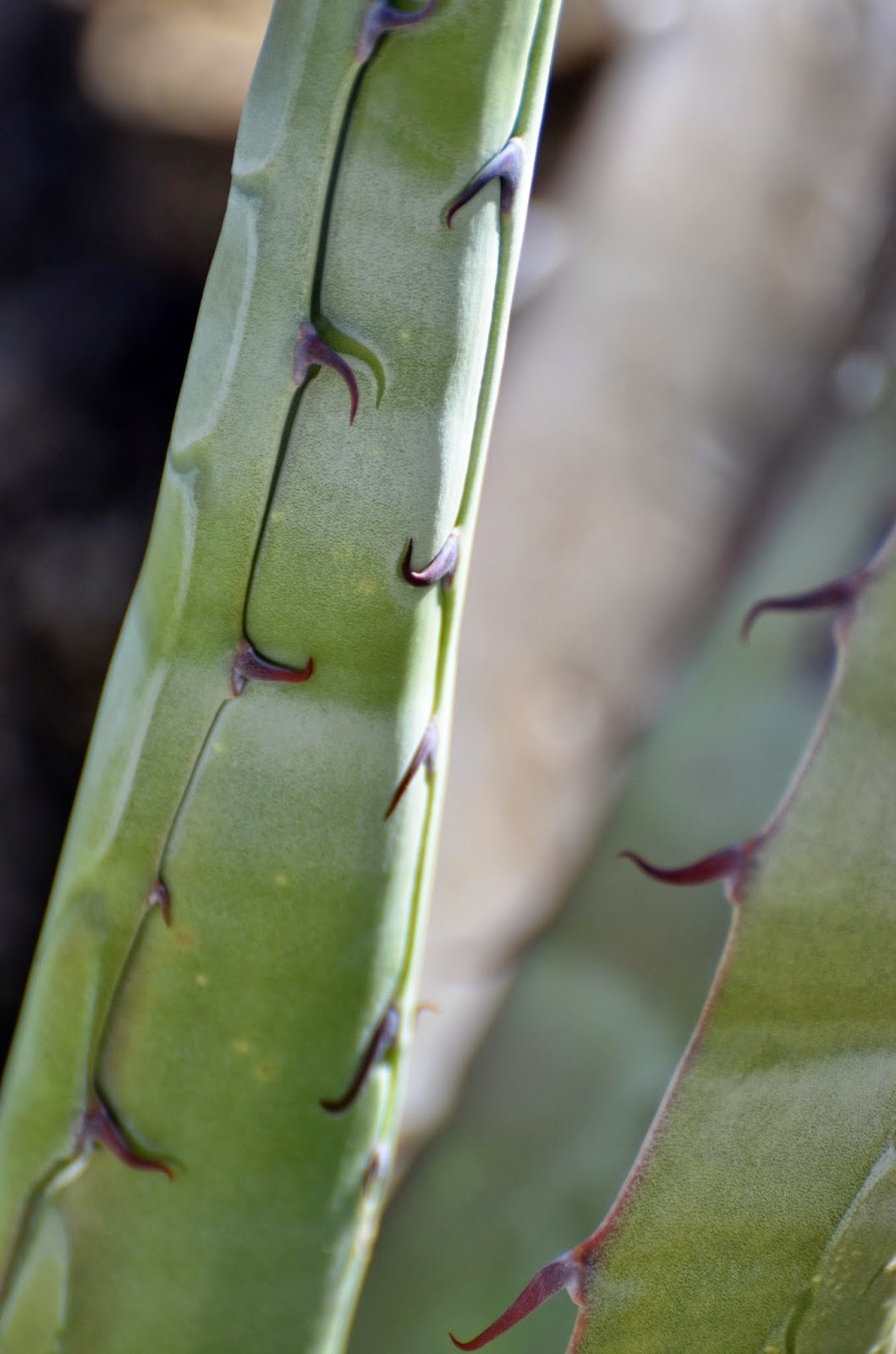 After 10 to 30 years, the plant grows a spike that could reach 26 feet tall. The spike produces big yellow flowers. Its so neat how this nature thing works...these yellow flowers are adapted to be pollinated by bats. But the Lucifer Hummingbirds love them and are considered to be nectar "thieves" because their bodies are too small to pick up the pollen. 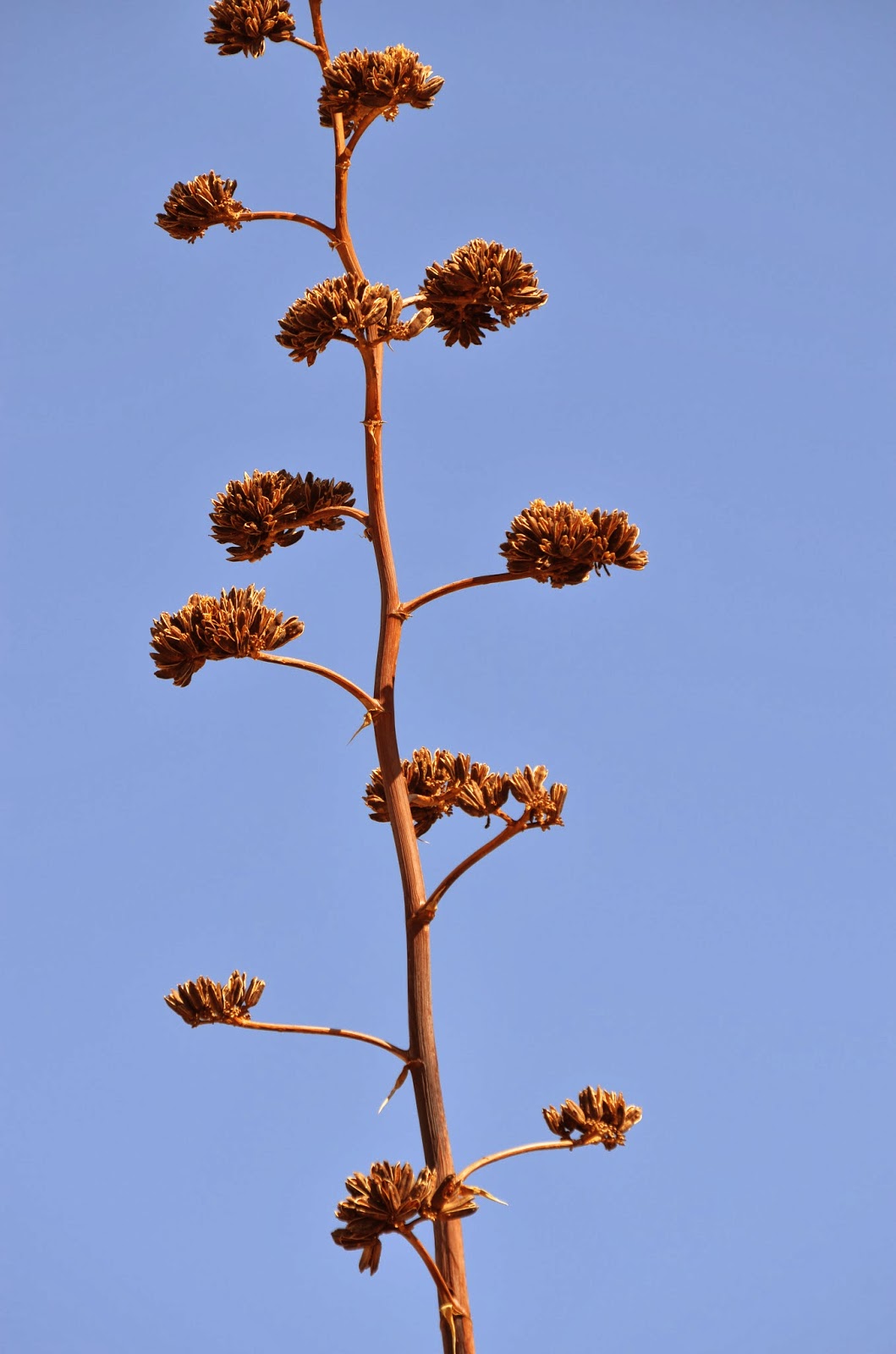 Once the plant blooms, the plant dies. It does however produce shoots from the base which continue it's growth. I have not seen an agave blooming. 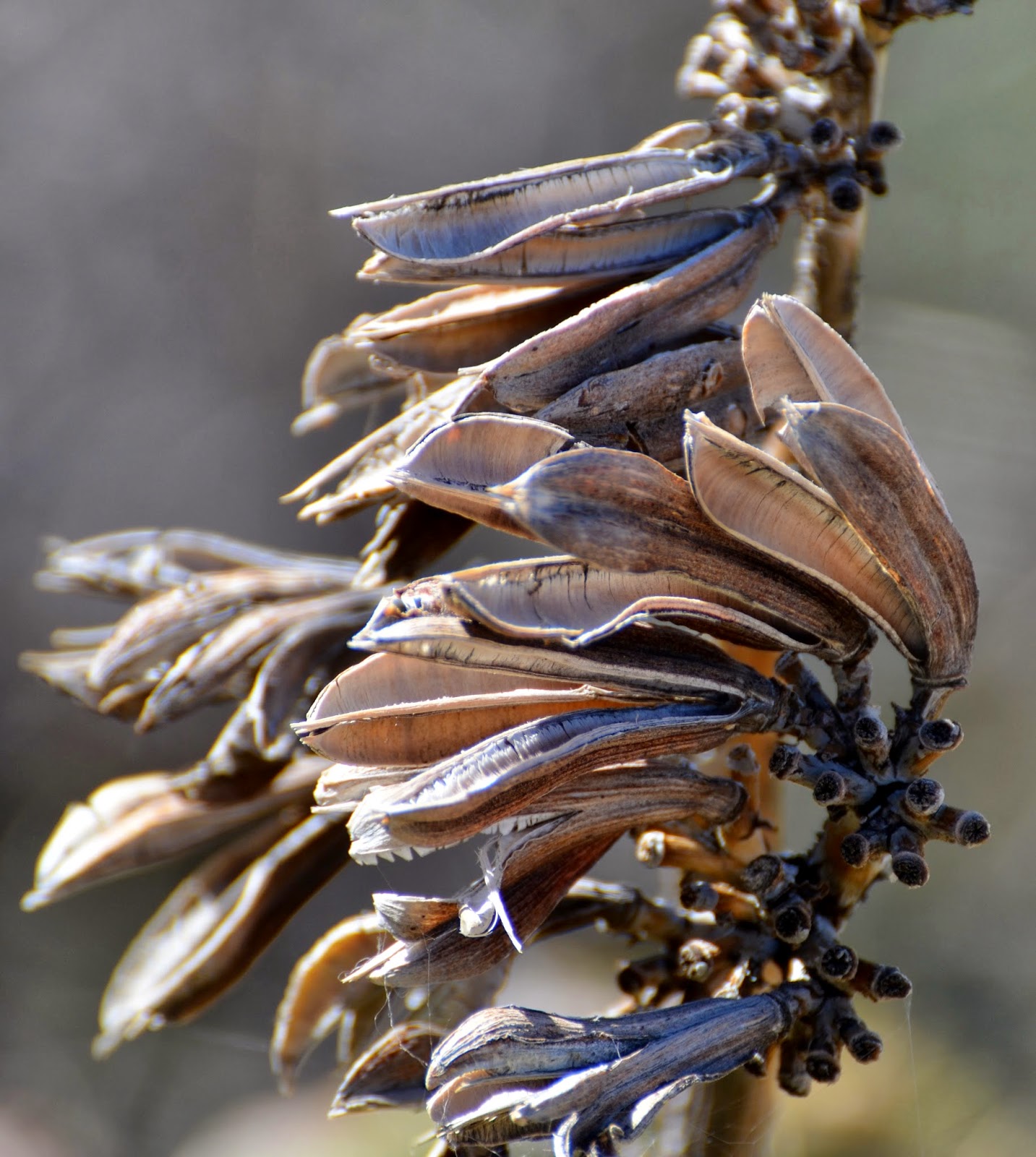 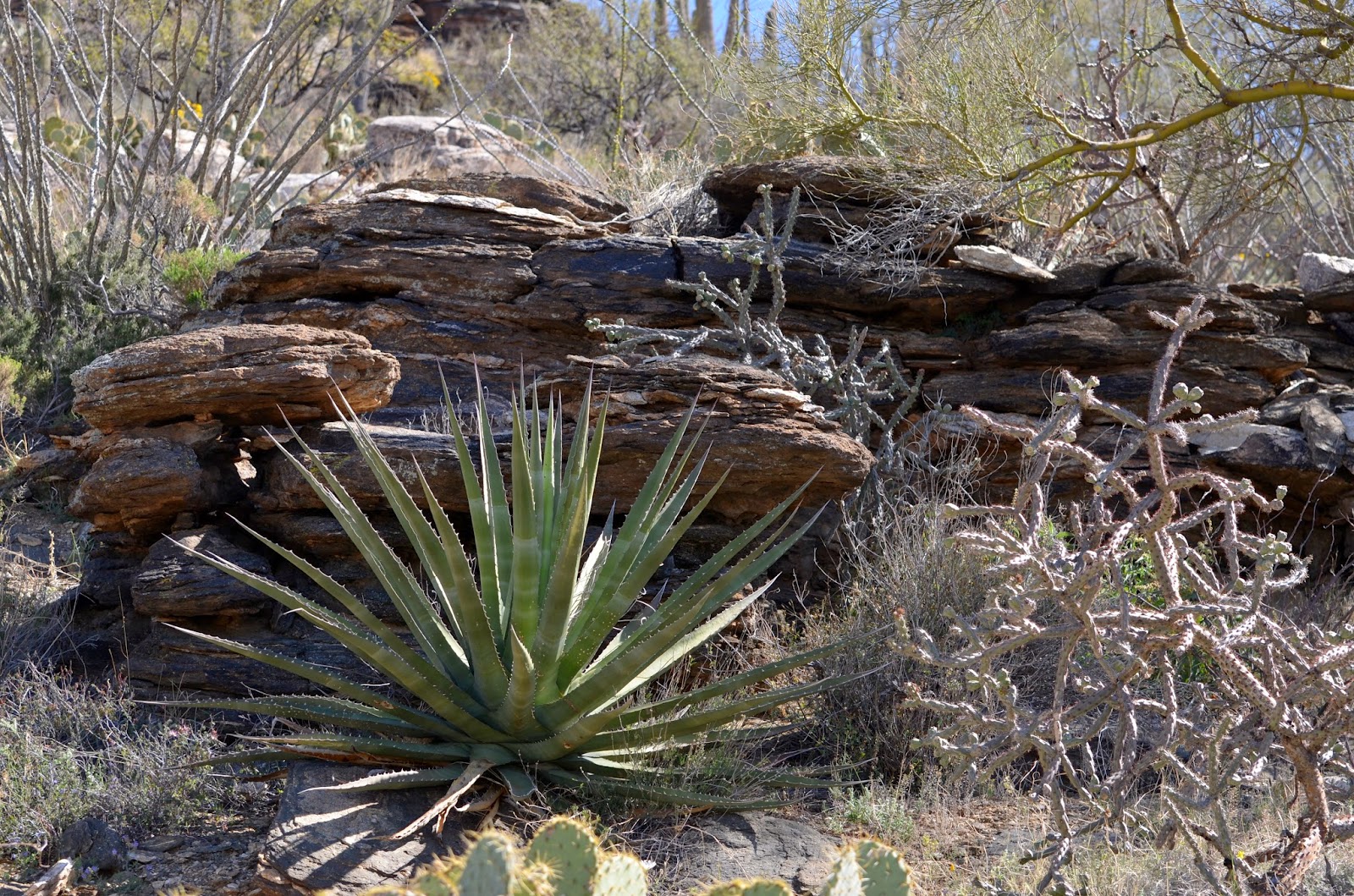 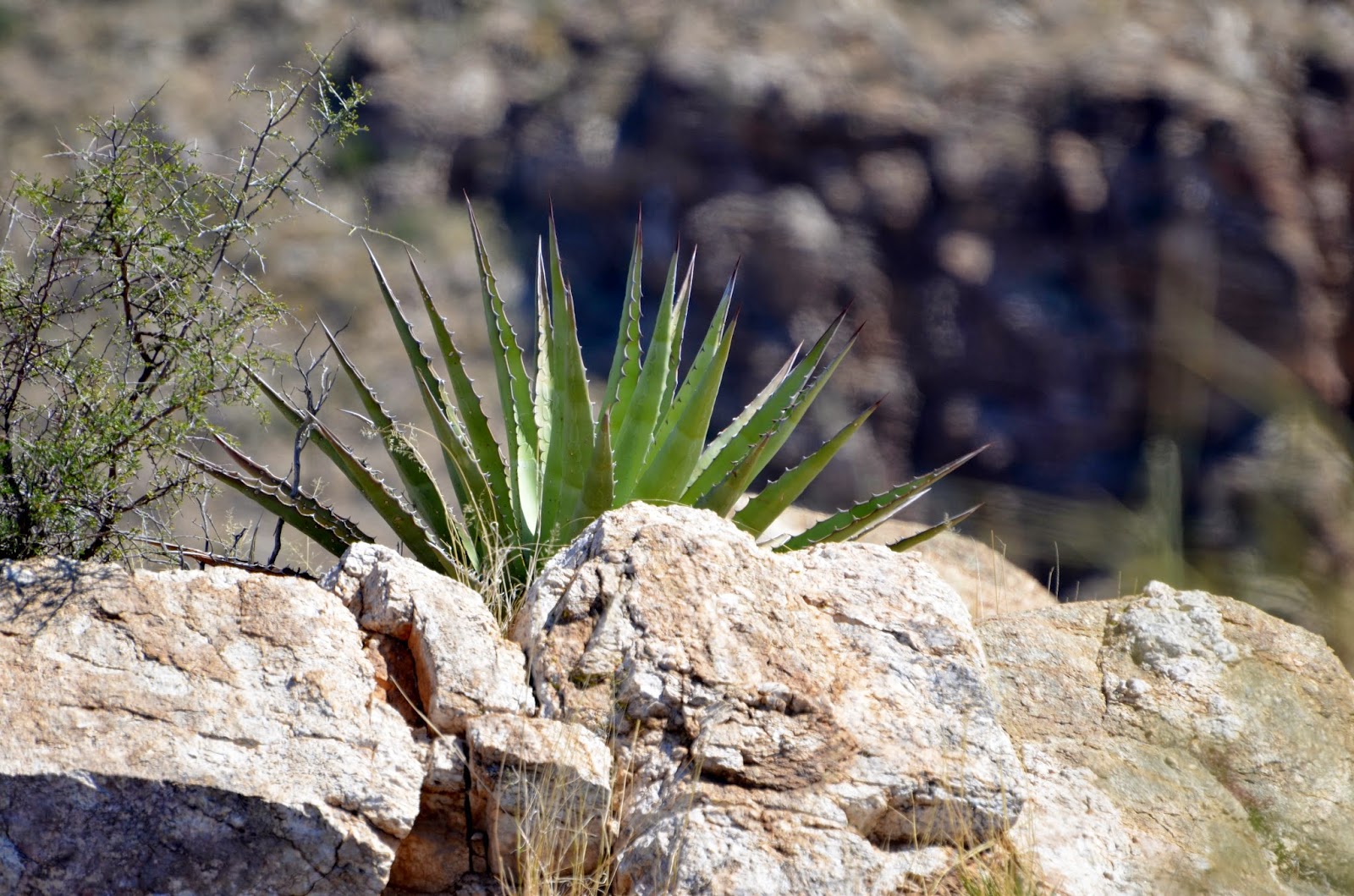 This picture is the real reason I became curious about the Agave Americana. 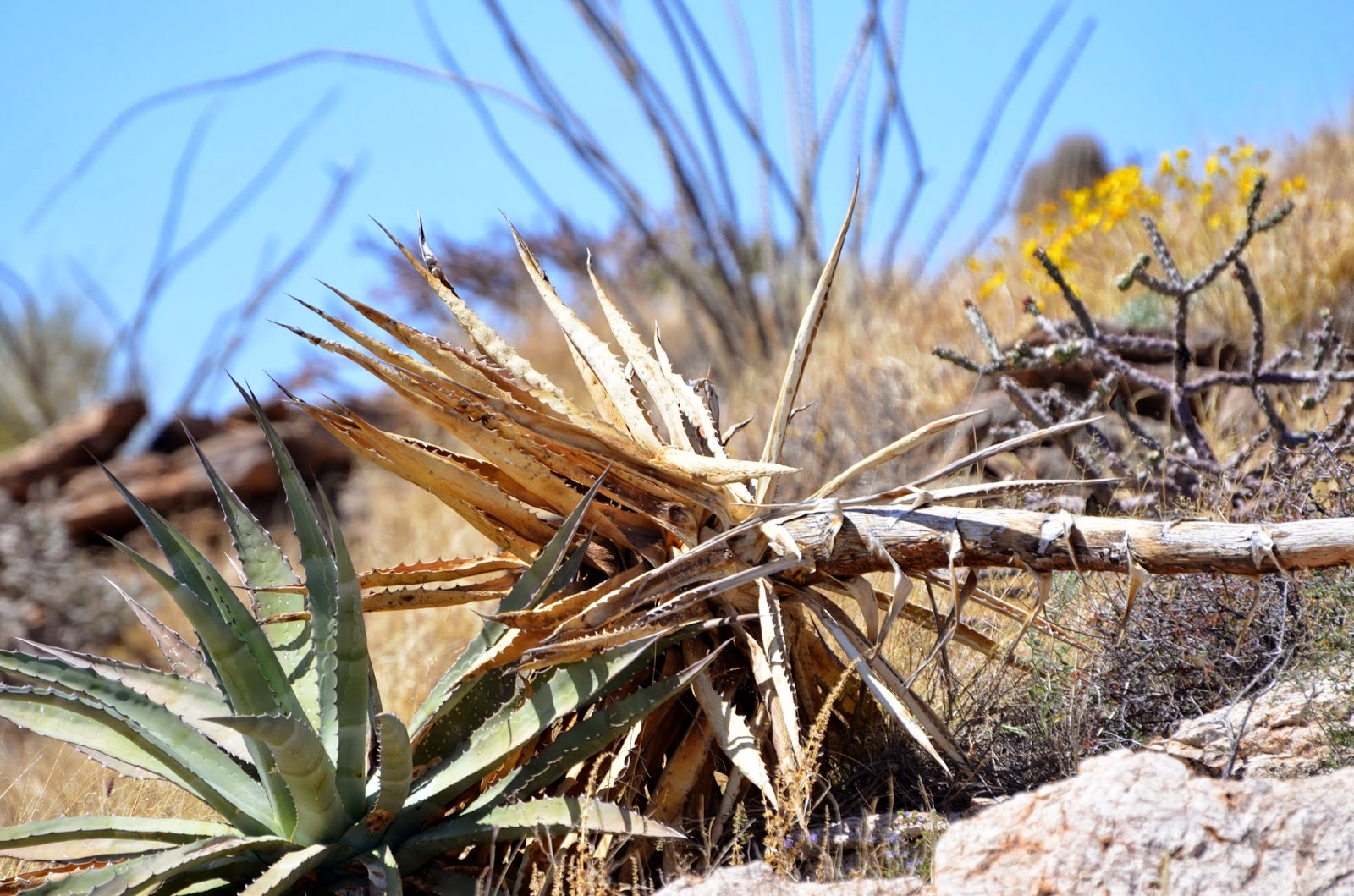 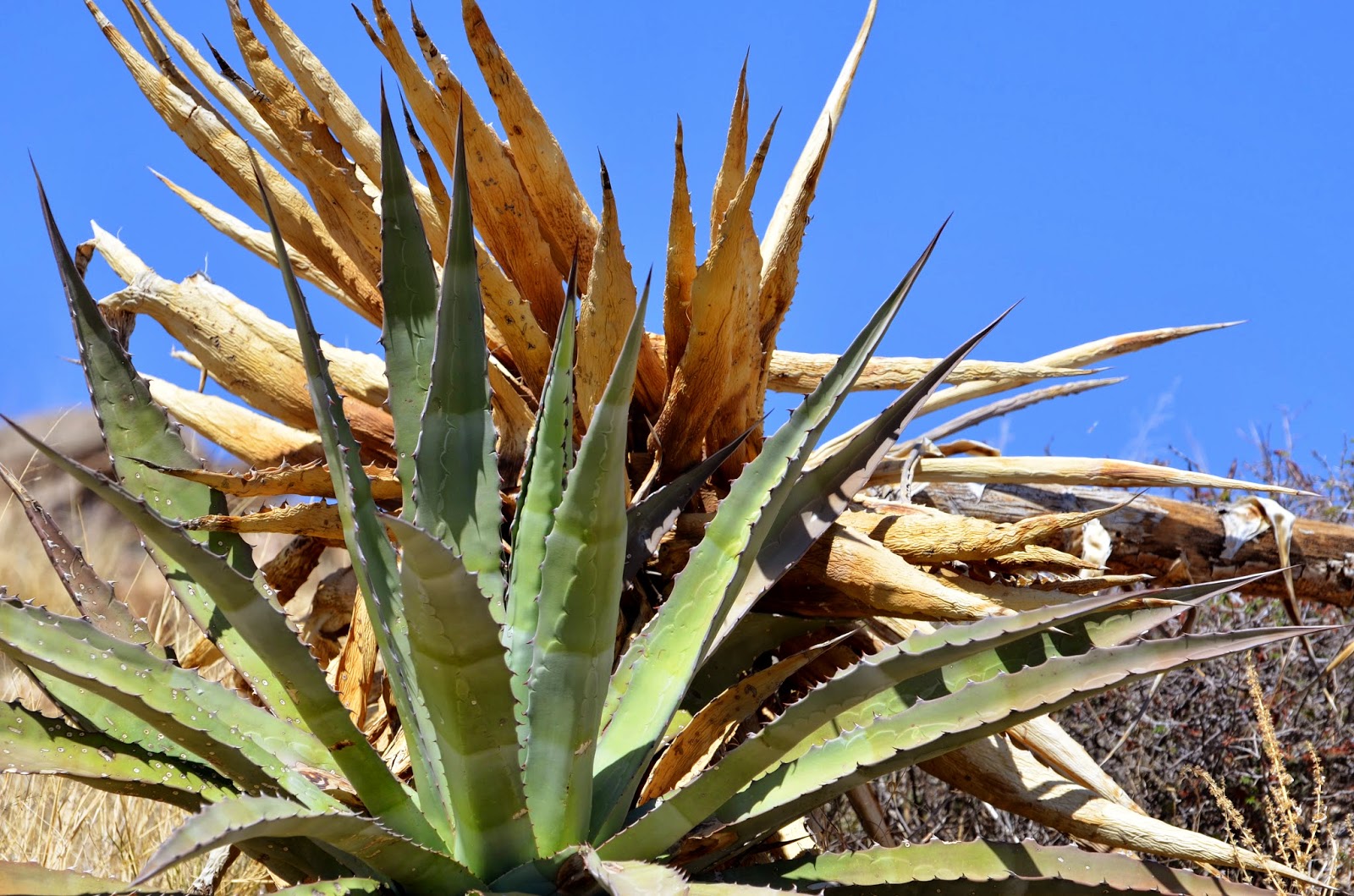 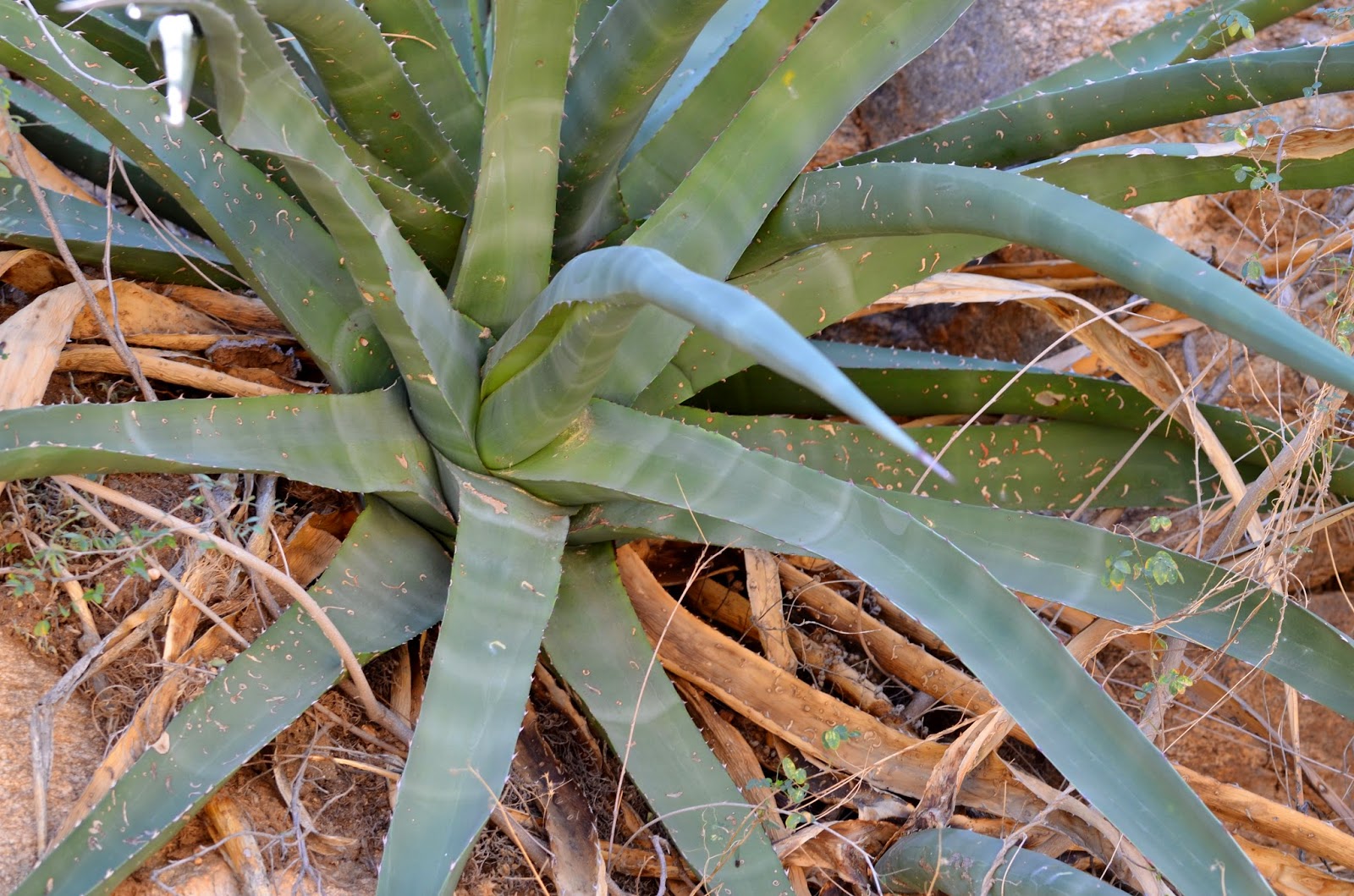 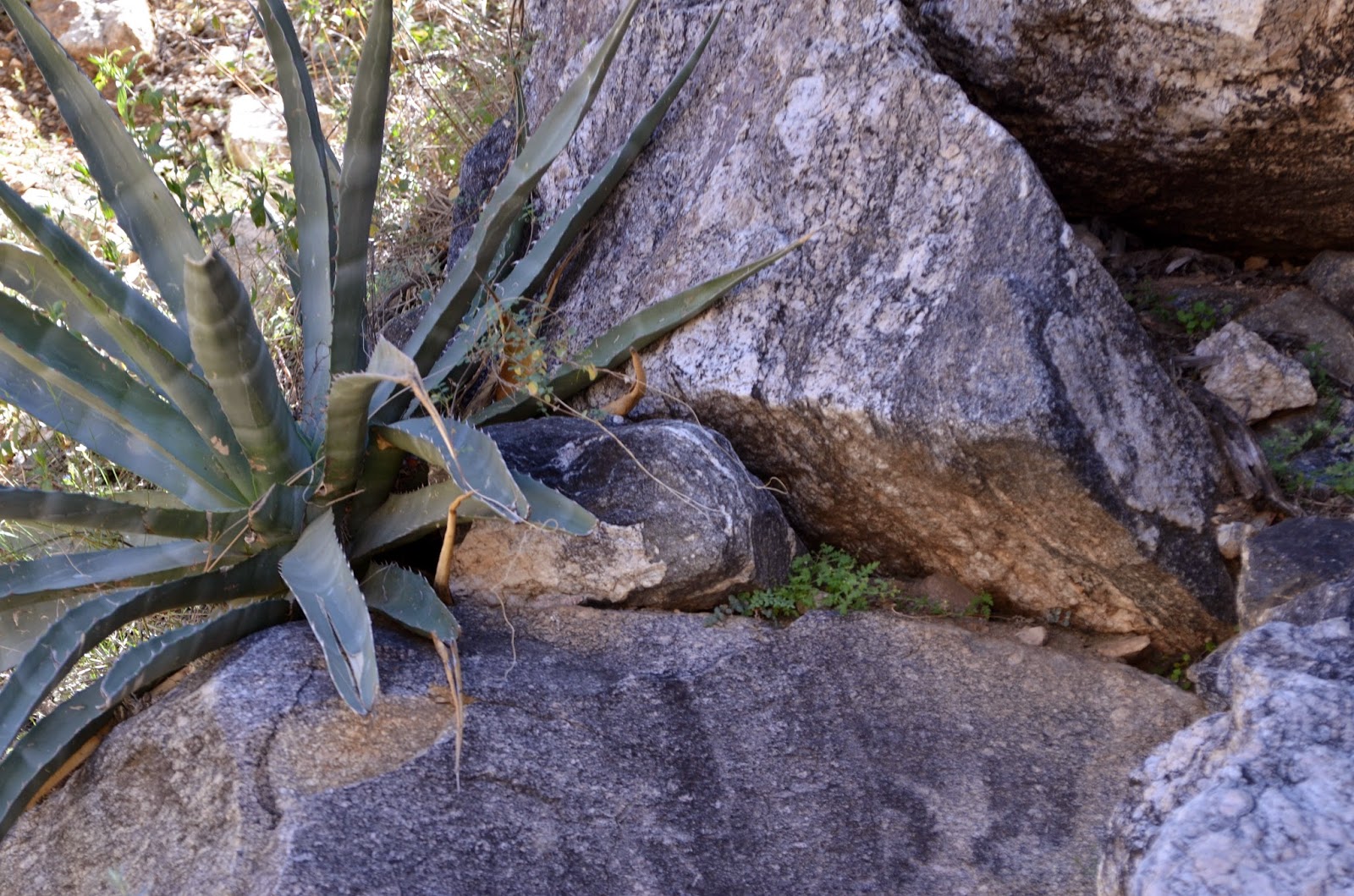 In Latin, Lucifer means "light-bearing" and was applied in Old English to the morning star. When William Swainson named this bird in 1827 he might have been thinking of the luminous glow of its colors. I was really glad to find out that bit of information. Lucifer takes on a whole new meaning now! 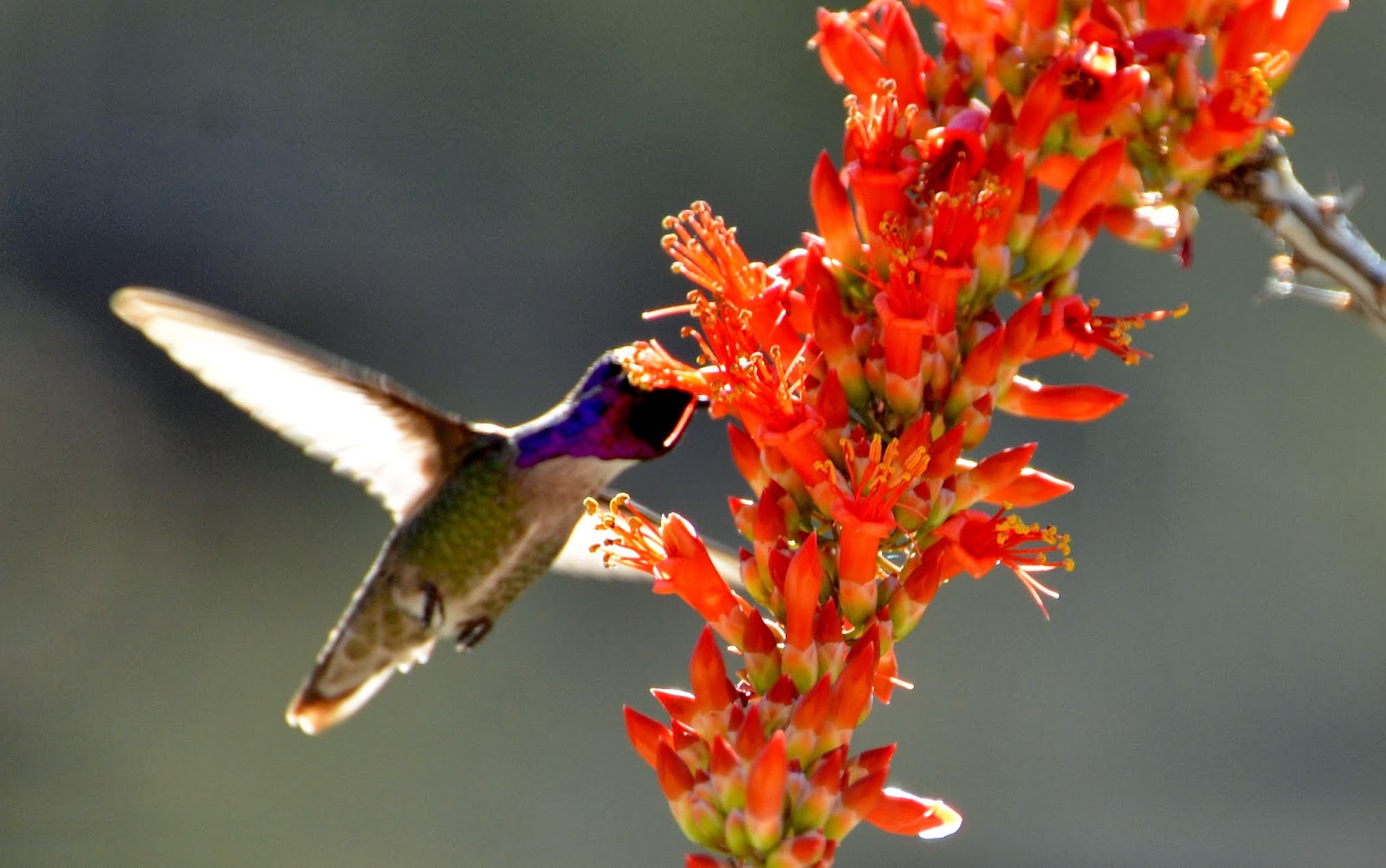 I do hope you are having a great week-end.
Until next time...