Sunset Cliffs Natural Park is a 68 acre San Diego park dedicated in 1983.  It is a unique coastal environment that features expansive ocean views... 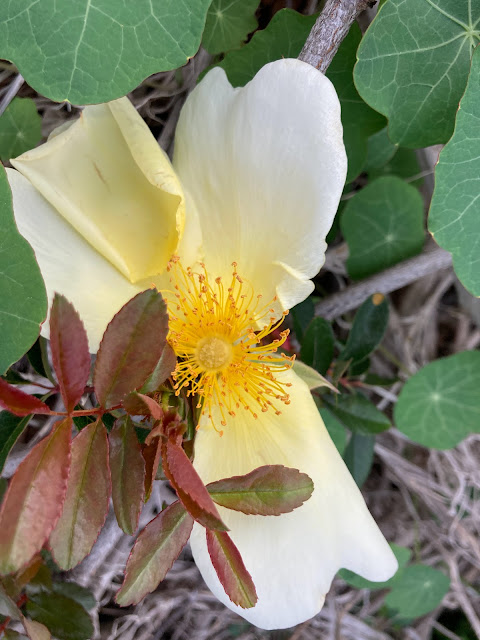 ...and a "captivating intertidal area" which I refer to as tide pools. 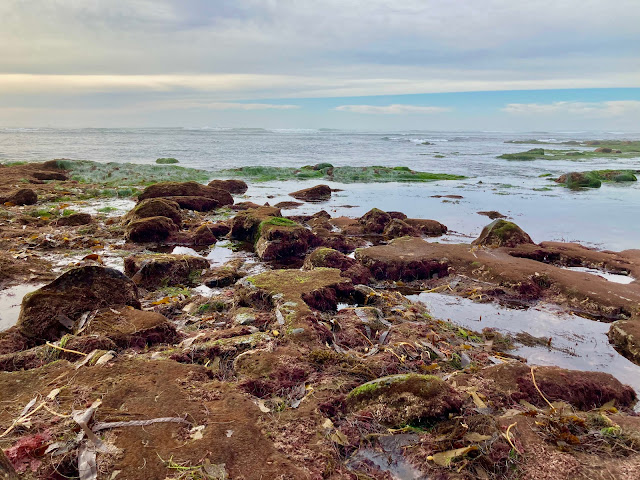 As the name implies, the sunset is the biggest draw to these striking cliff walls and breathtaking views.  I took this photo of a sunset at Sunset Cliffs back in March, 2013...the first time we ever went to Sunset Cliffs and way before we decided we don't like driving at night.  It was my first time...EVER...on the Pacific Coast and what a WOW moment in our travels it was for me !  Somethings you just never forget! 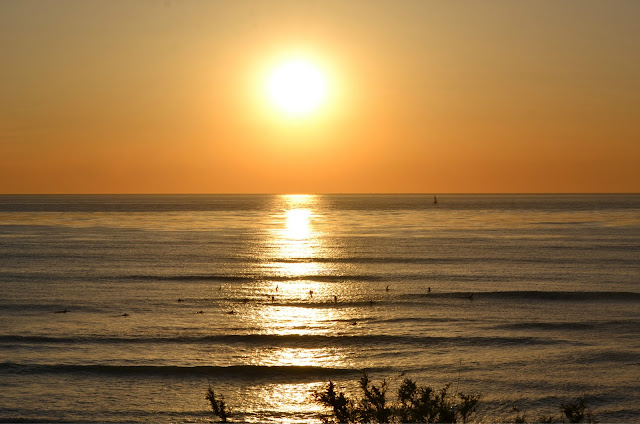 Since 2013, we have visited Sunset Cliffs several times.  Not for the sunset, but for the tide pools.  The landscape here is so different than La Jolla beach.  I love them both !

In addition to peaceful sunsets, another big activity at the cliffs is surfing.  No wettie or stick (that's surfer talk for wetsuit and surfboard) for me, but it is fun to sit and watch.

Getting to the ocean is quite precarious.  First the steps, that seem endless as they switchback at several small landings, have to be carefully maneuvered so as not to get bonged in the head. The surfers must be accustomed to folks like me because they are always polite and turn outward at the landing to let me by.  All the while, I'm thinking "I do have to climb back up these stairs". 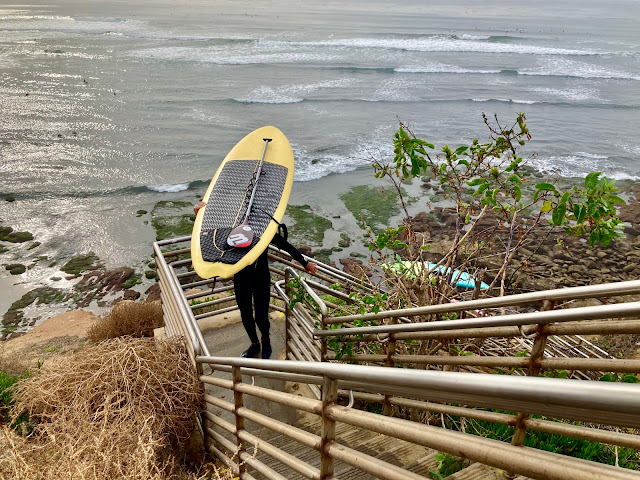 Once at the bottom, there is a small rock wall with three man-made steps that remind me of the Moki steps we have used on a few hikes like Corona Arch in Moab. The next hurdle is rocks...smooth, round, big and small rocks with lots of crevices.  They are not particularly slippery, but careful footing is needed. 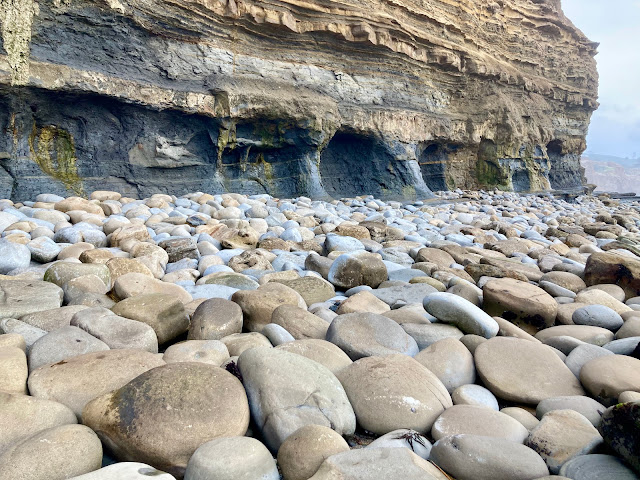 And then, let the fun begin ! 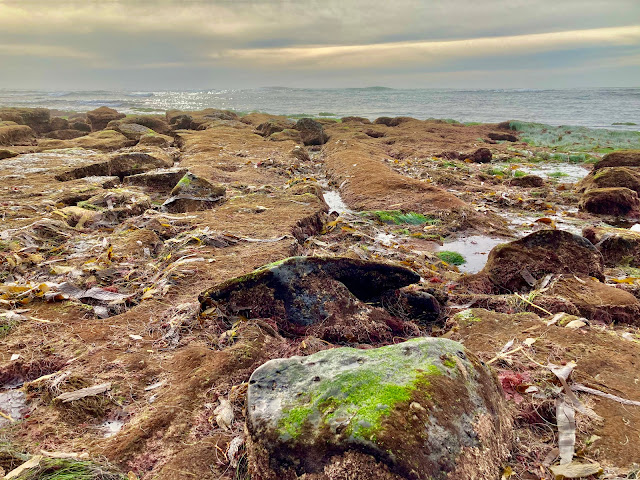 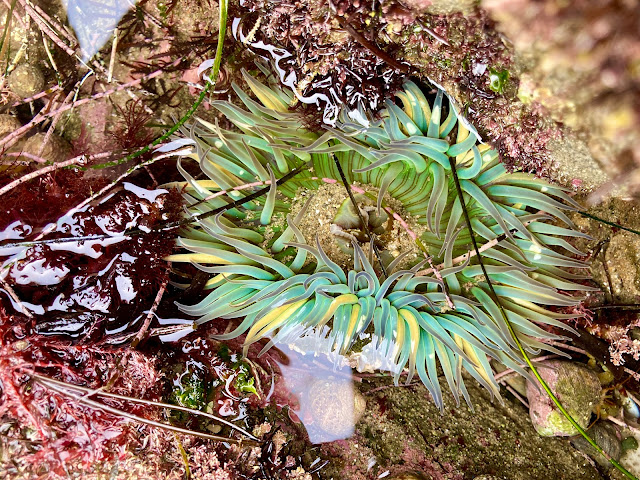 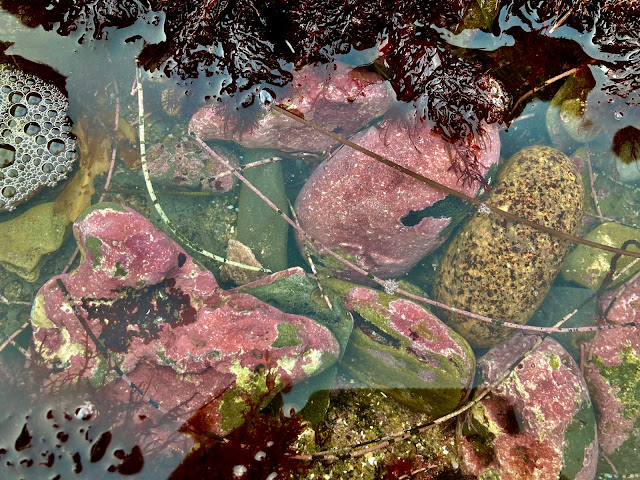 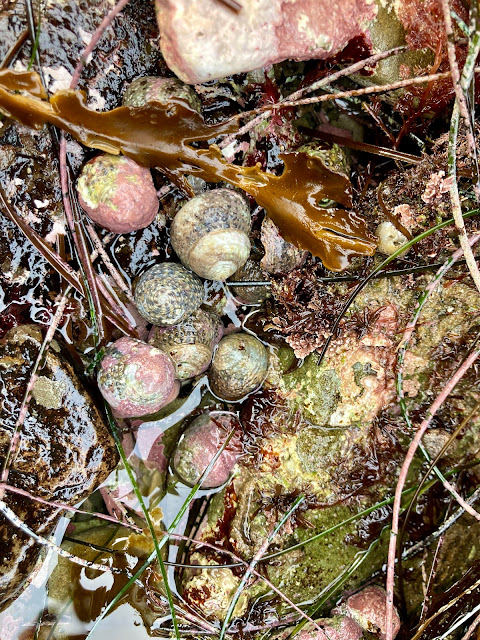 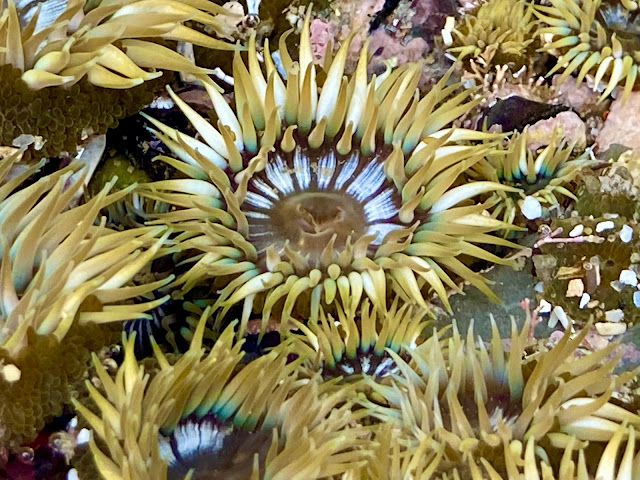 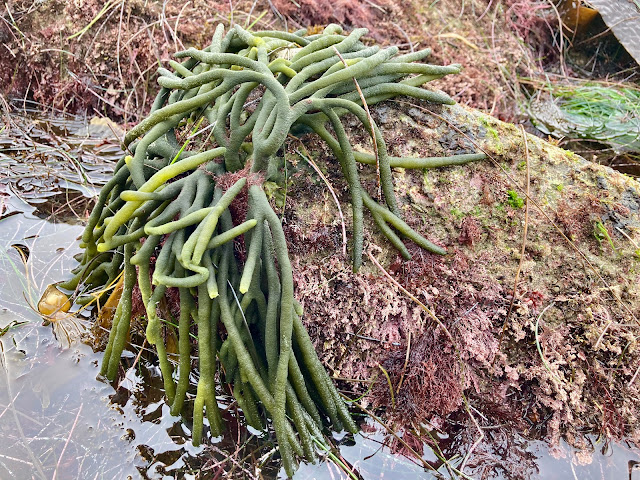 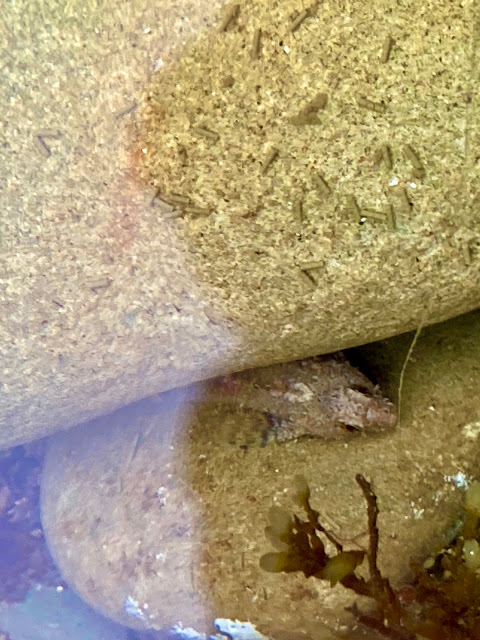 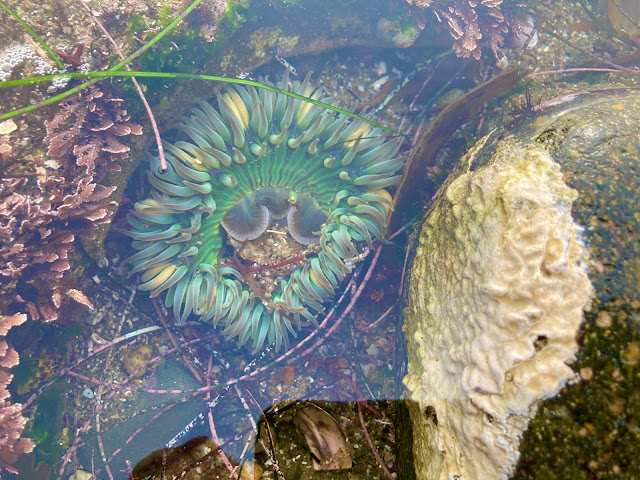 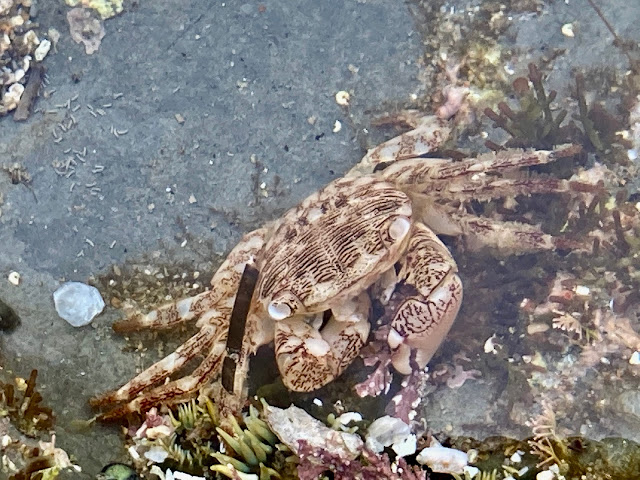 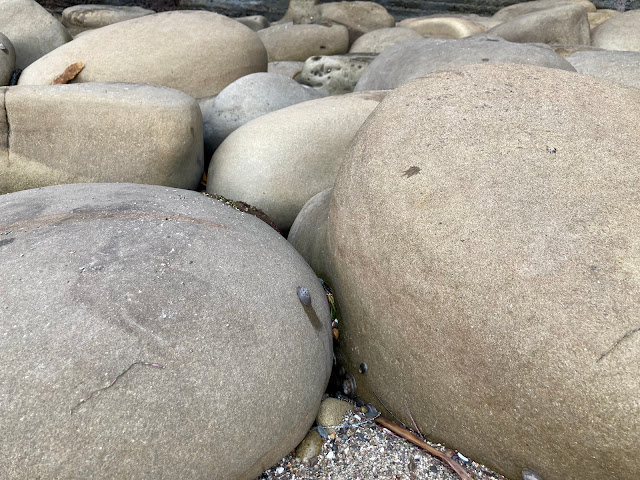 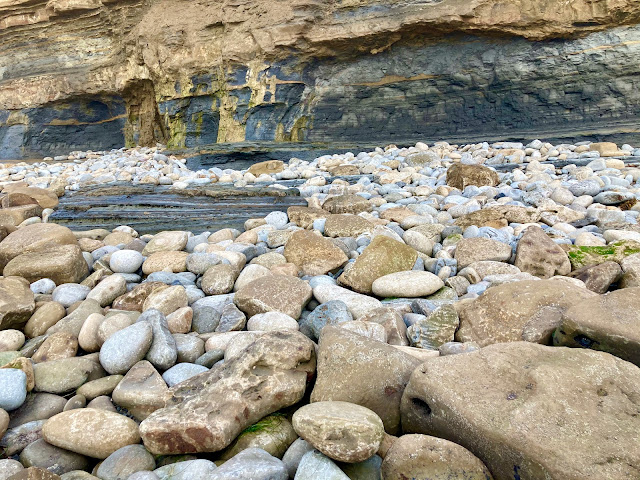 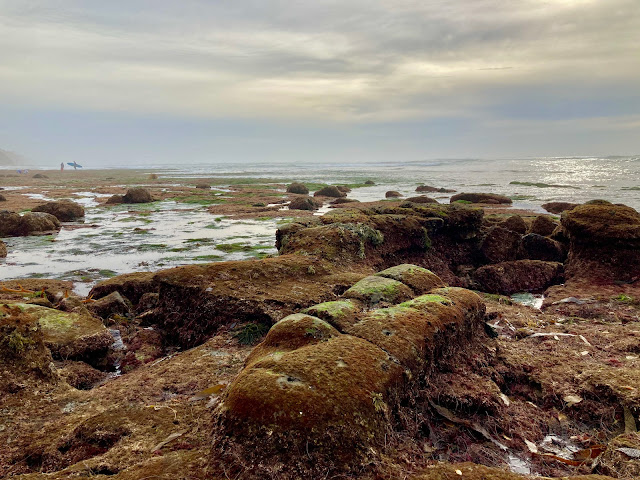 No starfish again.  I was lucky enough in January 2016 to see three starfish in one day... two Knobby Stars (one orange and the other brown) and a Bat Star.  The photo below is the Bat Star I saw that day. 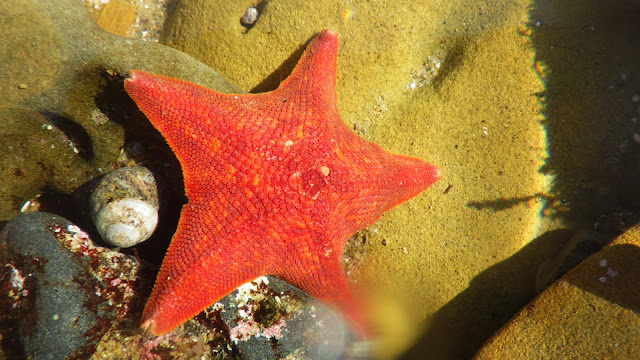 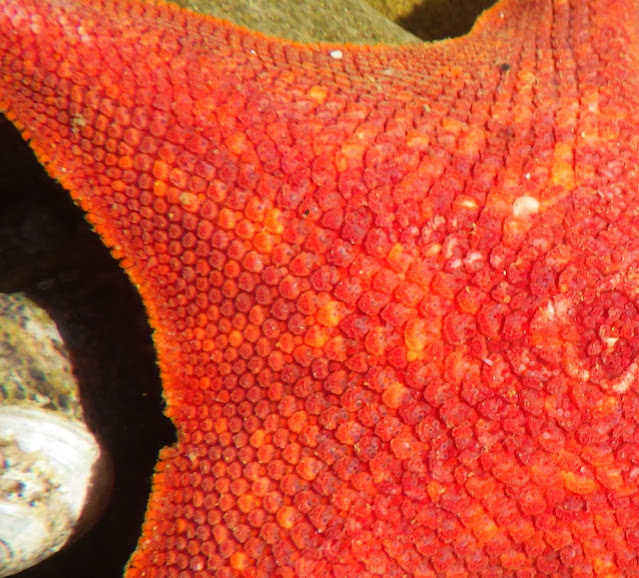 Sunset Cliffs Natural Park is less than 20 miles from the KOA. Leaving Point Loma to return home is a nice ride...then again, I'm not driving. 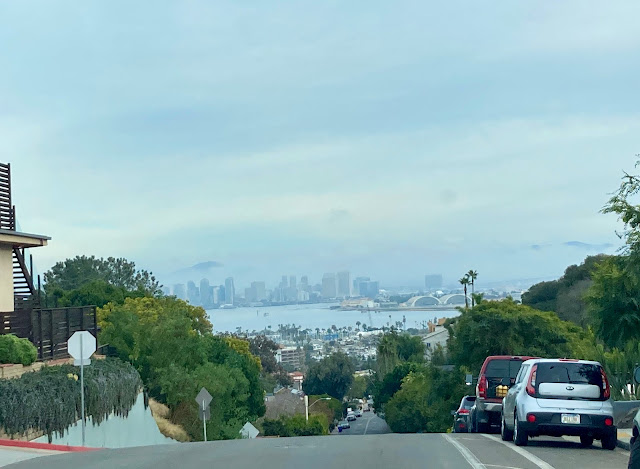 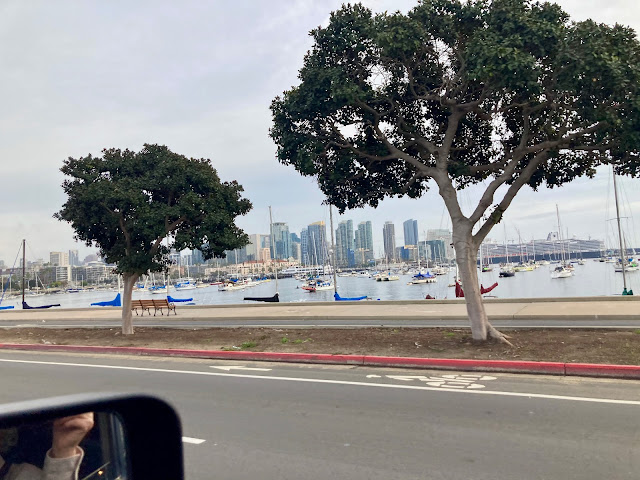 Up next, Ocean Beach.  Until then, 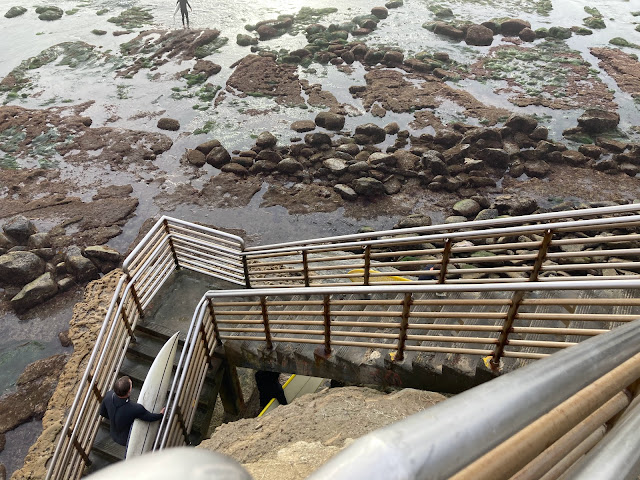 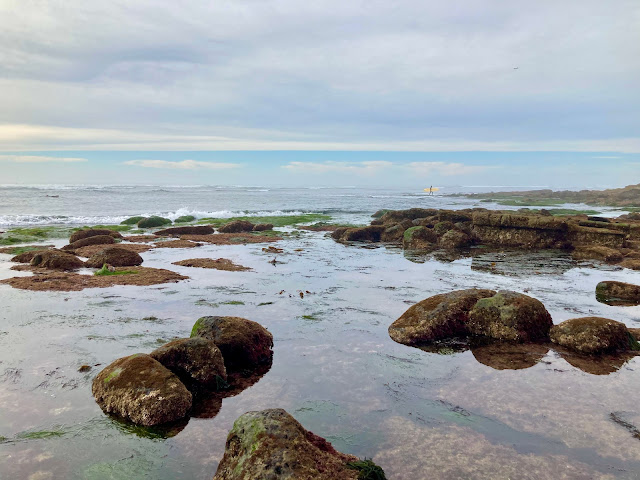 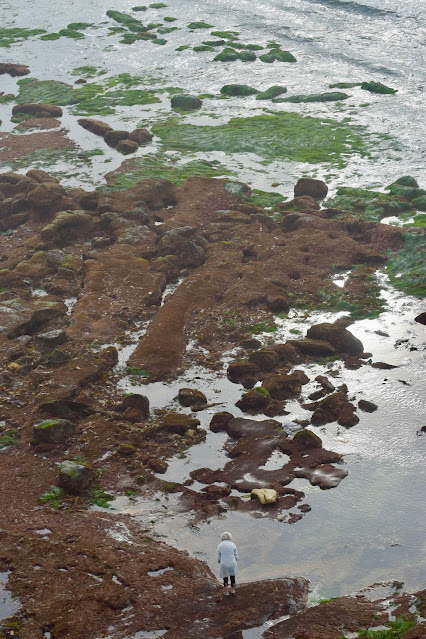