The Point Loma Lighthouse was built in 1854.  It was one of the first eight lighthouses built on the Pacific Coast.  For many years it was the highest coastal light in the country.  A new lighthouse was built at a lower elevation in 1891 because fog and low clouds often made the lights difficult to see.  In 1913, the old lighthouse became the site of Cabrillo National Monument and in 1932, it became "historical landmark #51" when registered by the state's Parks and Recreation Department. Cabrillo NM was placed in the National Register of Historic Places in 1988.  As many times as we have visited SD, this is still one of my favorite destinations. 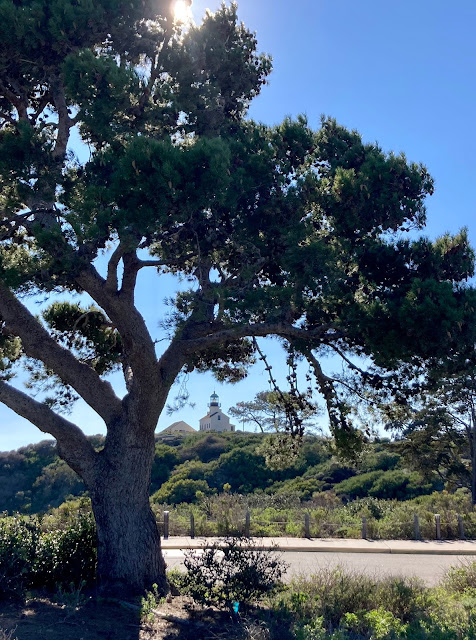 The Bayside Trail, starting at the Lighthouse and winding it's way down towards SD Bay, is a self-guided tour with lots of detailed signs describing the vegetation, habitat, and weather. 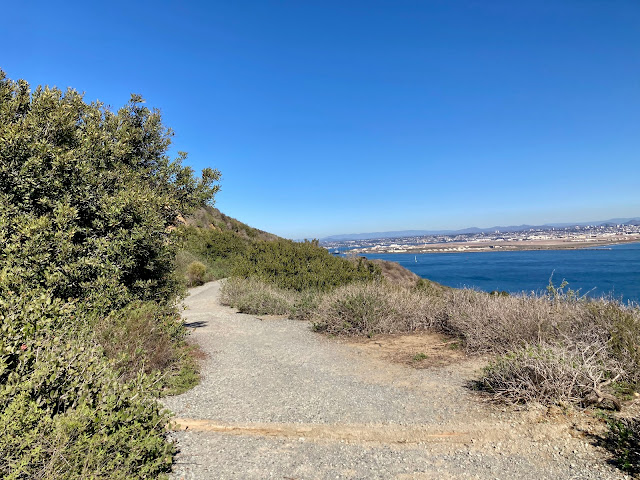 The views are spectacular as far as the eye can see.

A searchlight shelter and power plant were built on the site in 1919 and used during WWI and WWII.  The buildings still stand with signage explaining.

I love it when the Navy ships come by.  Joe, having been in the Navy back in the mid-sixties, was in and out of this port on the USS Ranger (CVA-61) and enjoy this view of the harbor. 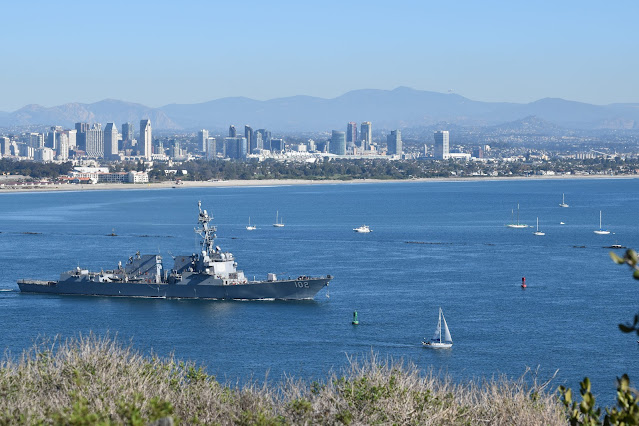 When I'm not taking in all this...

...the little things catch my eye. 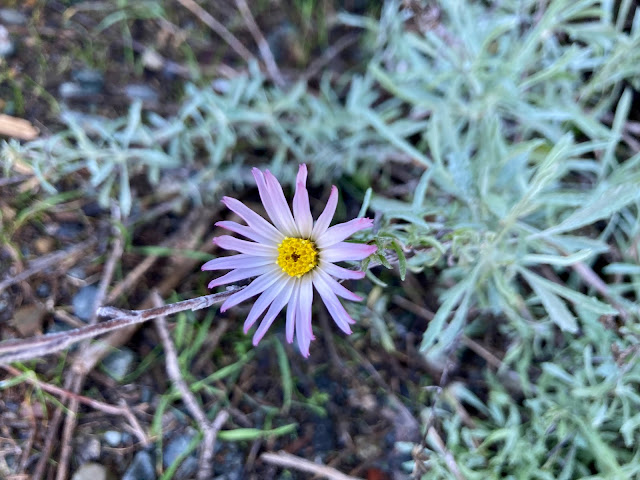 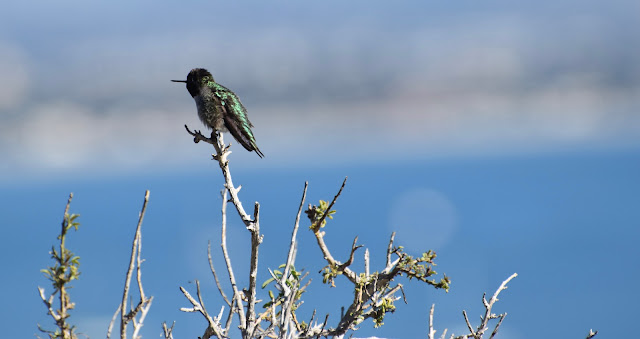 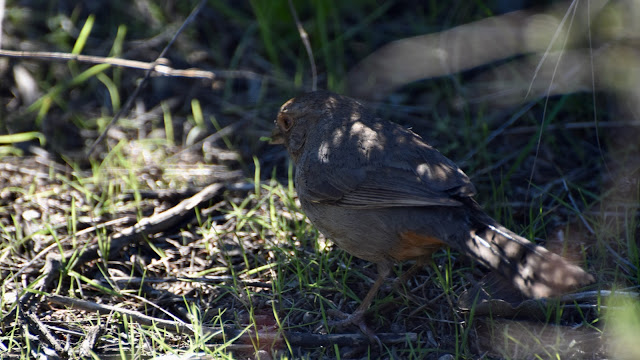 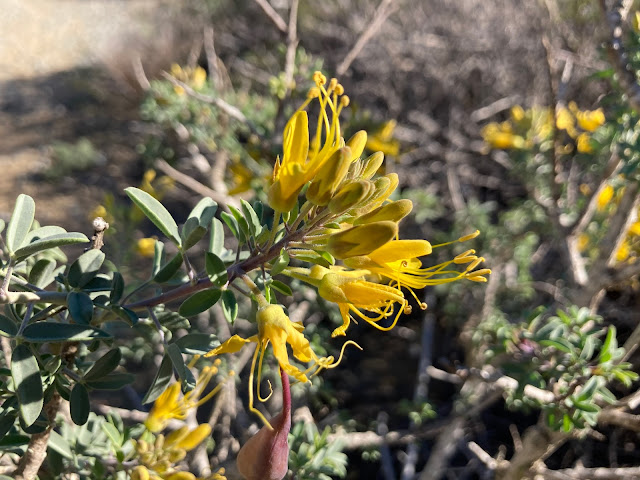 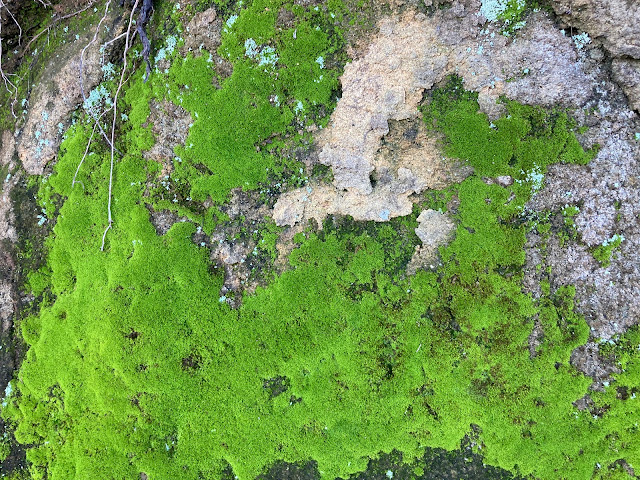 Also, it's pretty cool to note that Shaw's agave has historically only grown in extreme Southern California with the largest populations in the U.S. on the Point Loma Peninsula. 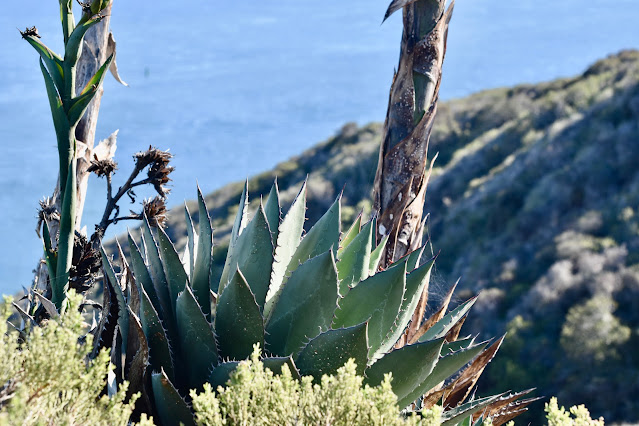 It is here they take advantage of buffered temperatures and fog moisture.

After a stop at the visitor center for post cards, it was off to lunch. 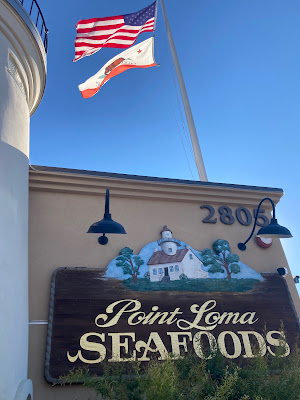 About half way between Cabrillo and home is Point Loma Seafood.  It all started as a fresh seafood market back in the 60s. In the beginning, the market began preparing hot food for their employees and eventually these hot lunches became available to the public.  They still continue the traditions of selling fresh fish and fish processing for the sport fisherman which includes filleting, packaging, and customized smoking.  Today it was Alaskan fried cod, fries and slaw with a glass (or two) of Kelly's famous lemonade.  The restaurant which has been remodeled to accommodate more business (in the exact same place where it all started) is located on the bay. 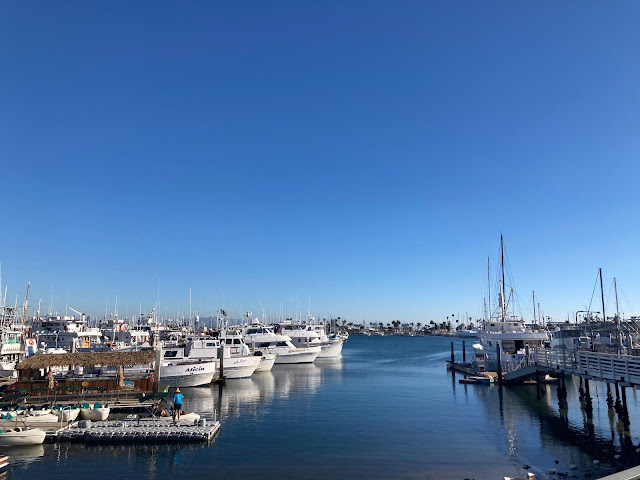 The food is yummy and the view is awesome.  But the best part of today was sharing it with friends.  I don't know why, but I'm getting a bit more mushy in my older age.  Anyhow, it was a wonderful beginning to January...stay tuned ! 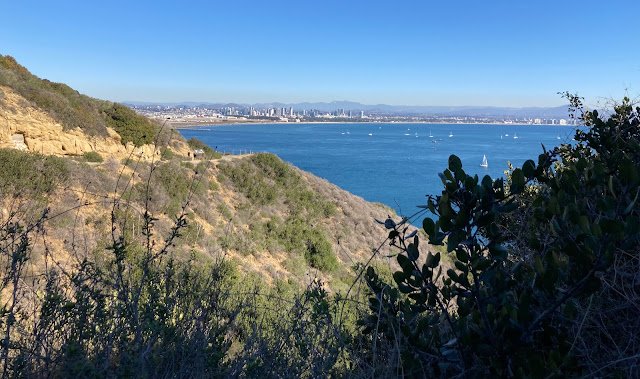 Oops...I forgot two photos I really liked.  The first one because I love the windswept trees at the ocean. 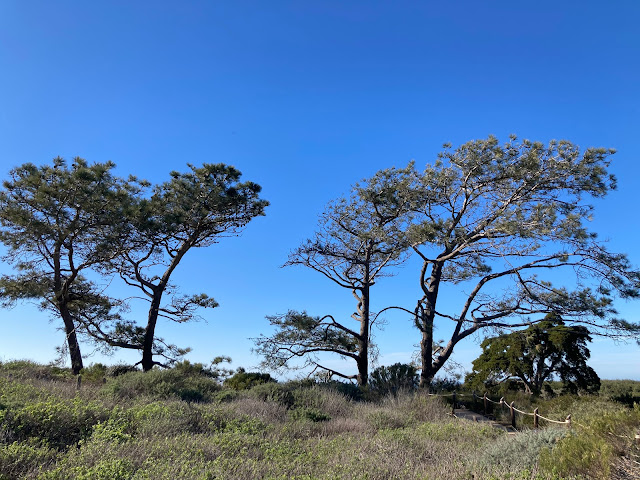 And the second one because the sunlight gives our flag a beautiful glow. 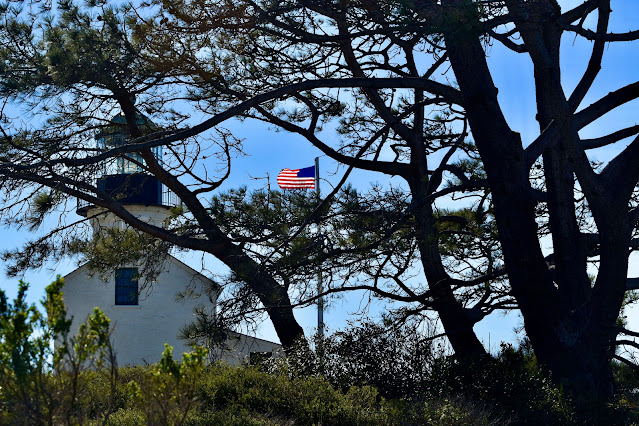