During the past few weeks Joe and I have enjoyed some trails that have have taken us to and around some of the famous red rock formations that are so impressive in Sedona.

One of those hikes was a little more than 5 miles as we combined Bell Rock Pathway, Courthouse Butte, and Big Park Loop.

Most of the names given to these massive heaps of sandstone and limestone which are hundreds of millions years old are descriptive . Bell Rock comes to mind...


If you want to see a few "famous" red rocks, this is a great trail because Bell Rock is not the only reward on this hike.

Below is the south end of Courthouse Butte. Courthouse Butte is ginormous. The best place to get a good picture of it is at the Ranger Station on Scenic Byway 179 a few miles south of Village of Oak Creek. Did I do that when we stopped for maps? Yes! Did it get deleted by accident? Yes! So, you will have to see it in pieces... 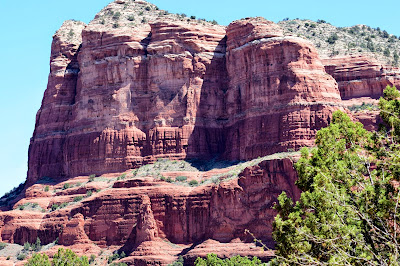 Part of our hike took us all the way around the base of this majestic wonder where sheer walls tower above and desert gardens cling to rocky crevices. 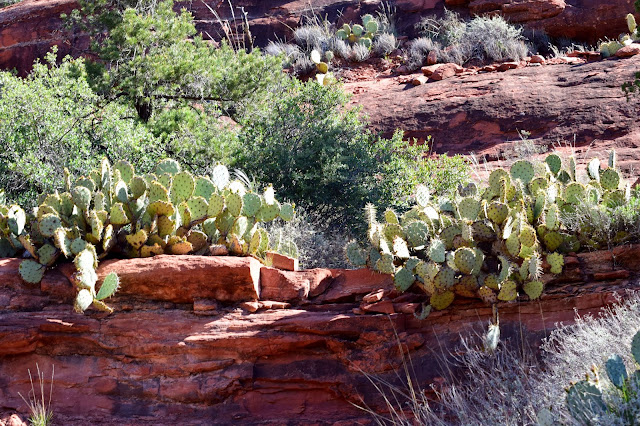 To the north west, we had views of Cathedral Rock... 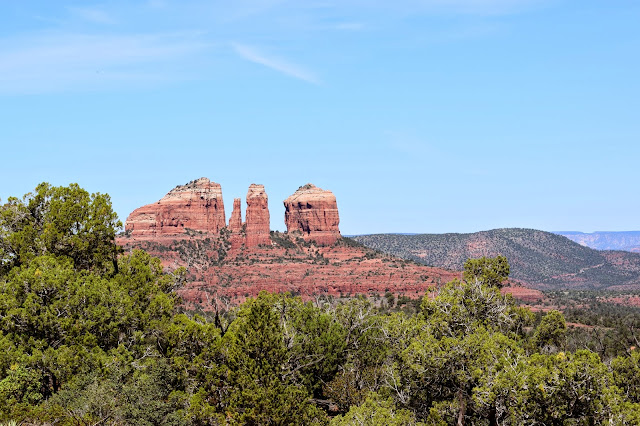 to the north, the Chapel of the Holy Cross nestled between two red rock towers can be seen...it is the tiny building in the bottom left quadrant below. 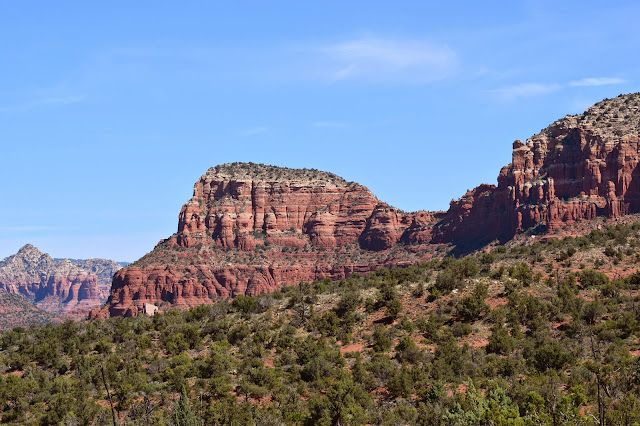 and on the back side (east) of Courthouse Butte, we stood on Spaceship Rock (Dang! I forgot to get a picture of it.) to get a view of Rabbit Ears. 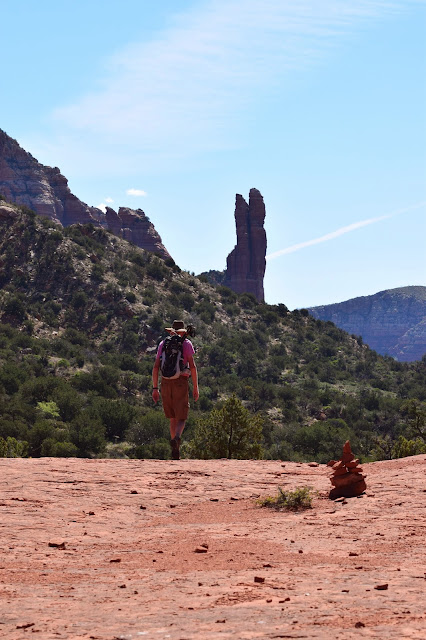 But the real magic of these trails was right at our footsteps as we zigged and zagged up and down and all around. Looking down... 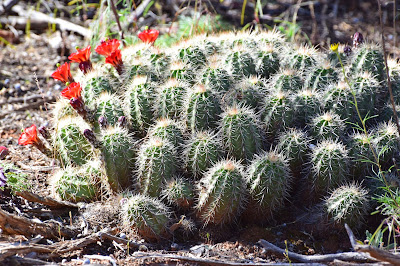 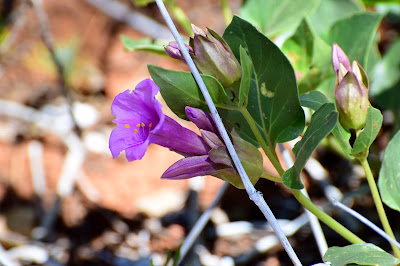 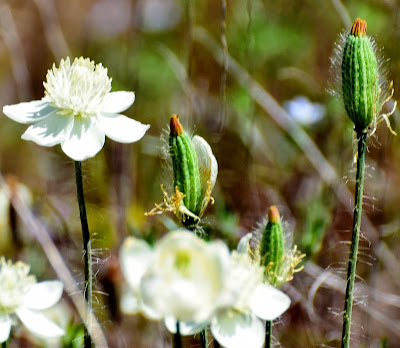 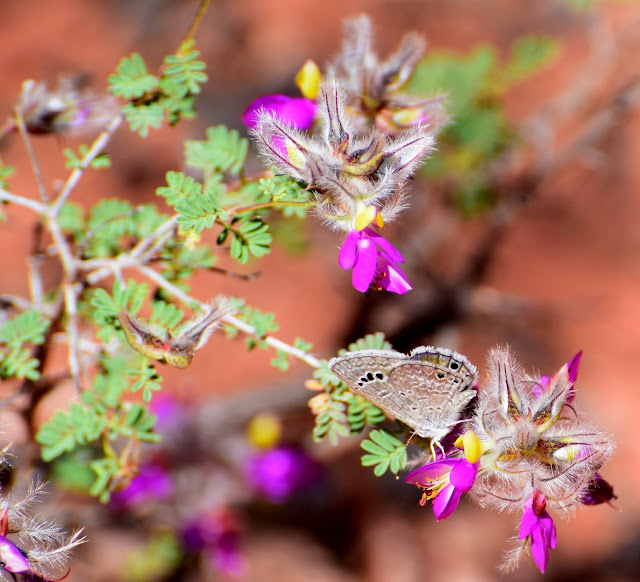 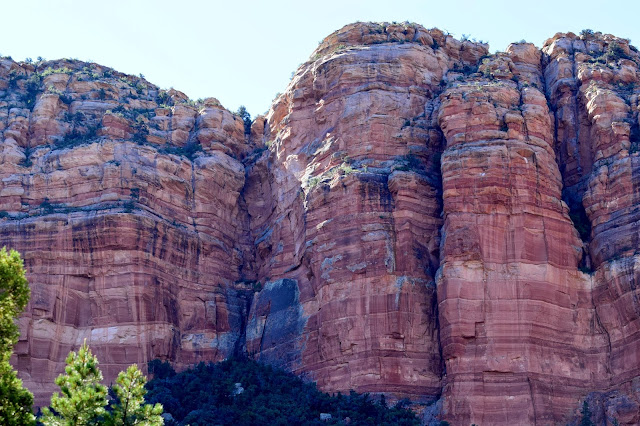 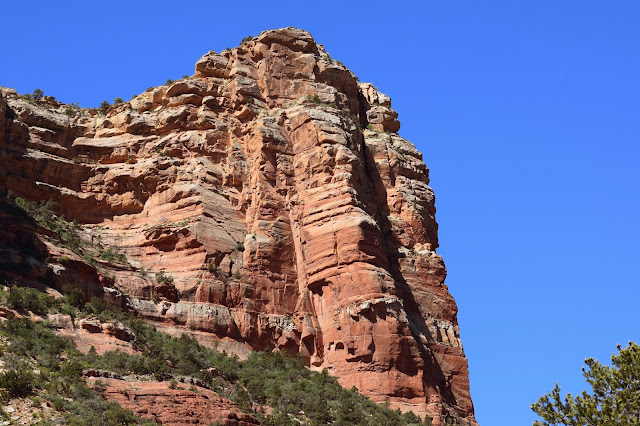 These three trails can be done individually if time is short.They are great early morning trails as there is very little shade and I imagine the area can get congested. Bell Rock is also noted as a Vortex area..."swirling centers of subtle energy coming out of the earth". The Vista that Robert (from the Boynton Canyon Trail post) sits on to play his flute is also another one of the 4 Vortex areas in Sedona.

Until next time, happy days and 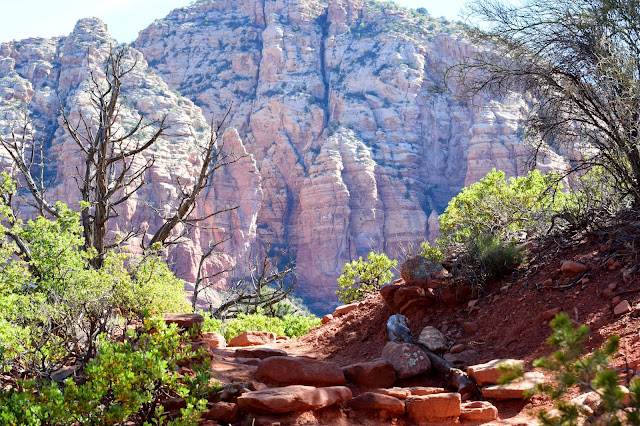 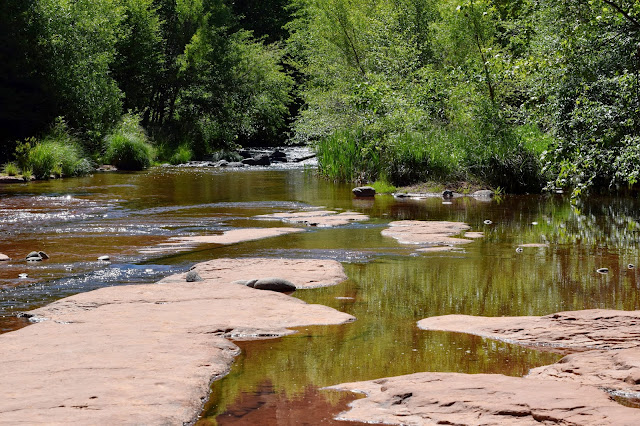