We have been in the road five days...yesterday was the longest day as we clicked away 454 miles...all the way from Weatherford, TX (just west of Fort Worth) to Scott, LA (just west of Lafayette). Tomorrow will be the last leg of the trip...a long boring 409 miles on I-10 across the Florida Panhandle to the Atlantic Ocean.

Sunday morning, we were up and on the road before the sun was shining on the Lone Star State...an appropriate nickname for a Texas. It is the only state that was a Republic at one point in its history. The lone star symbolizes this as well as the state's fight for independence from Mexico in the 1800s. 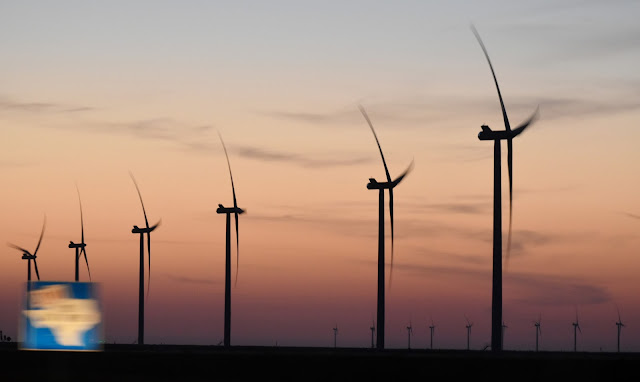 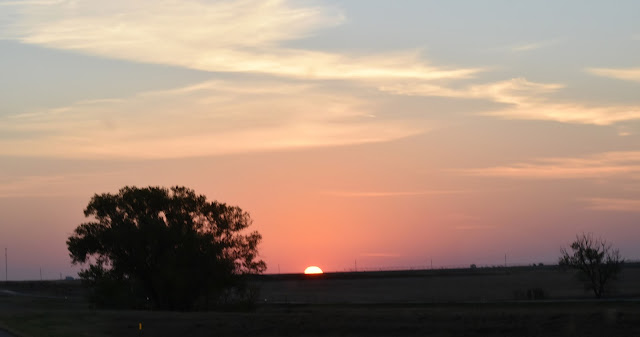 Just outside of Jacksboro on US-281, we were slowed down by horses and buggies. We are not sure what the occasion was, but their Sunday morning ride seemed like lots of fun. 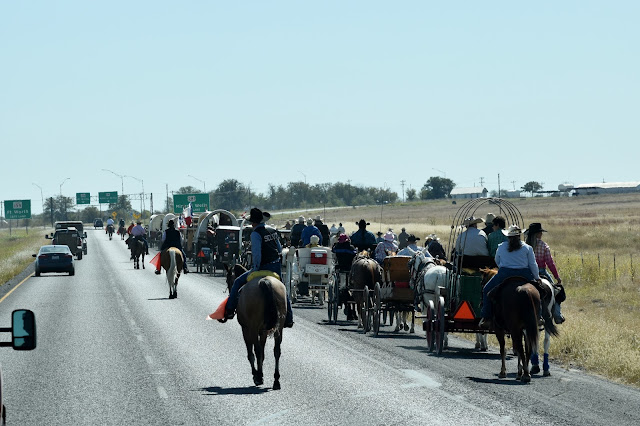 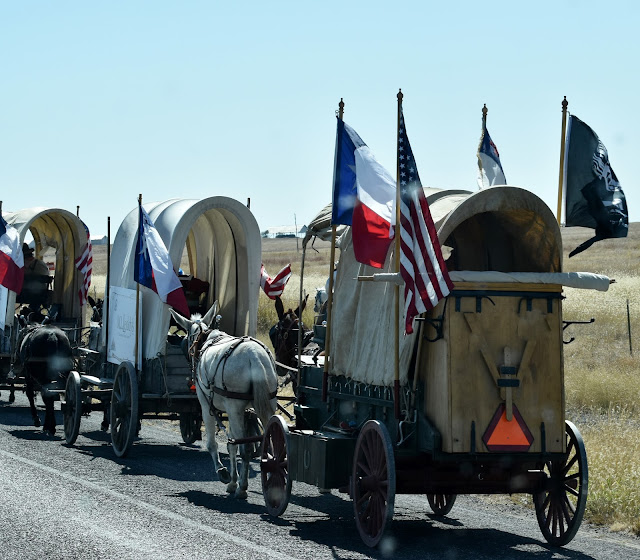 Cotton fields along the way... 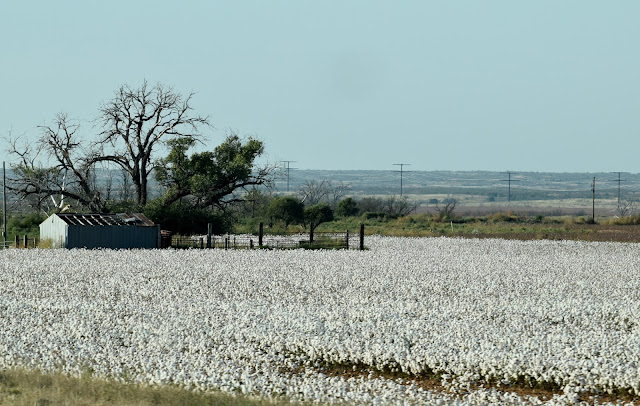 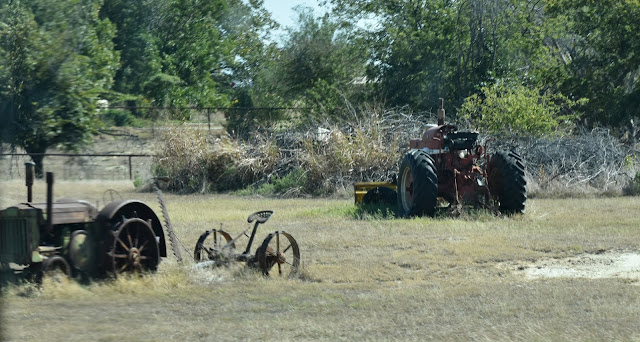 Sunday morning was the perfect time to pass through several small towns like the one in the picture below...the streets were bare. 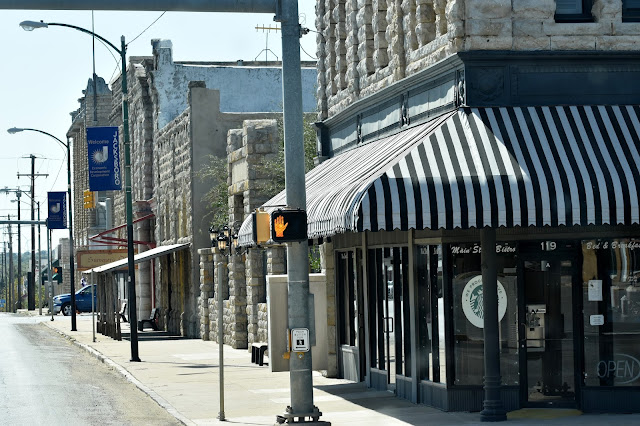 The early Monday morning glow on the skyline of Fort Worth as we pulled in the reins and headed towards Louisiana.

Keep Louisiana Beautiful became the motto of this state in 2000. It's focus is on education, enforcement, awareness, litter removal and beautification. Communities are encouraged to promote a litter-free state by involving Everyday Hero's to do their part to protect their state and beautify their community. It did not go unnoticed that the stretch of 212 miles on I-49 between Shreveport and Lafayette were spotless. Go Louisiana! 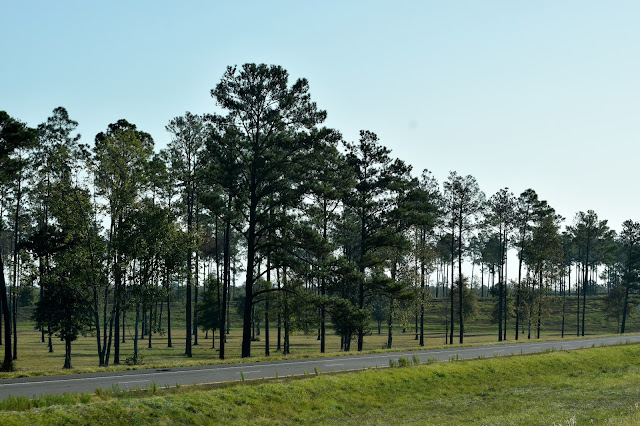 The Atchafalaya Basin Bridge measures 96,100 feet (18.2 miles) and is listed in USA Today as one of the ten most memorable bridges in the world. It is amazing to be traveling over these waterways thinking how did people do this before the bridge was built. Today, this impressive bridge is part of I-10 between Lafayette and Baton Rouge. I read it is the second-longest bridge in the US and the fourteenth longest in the world... 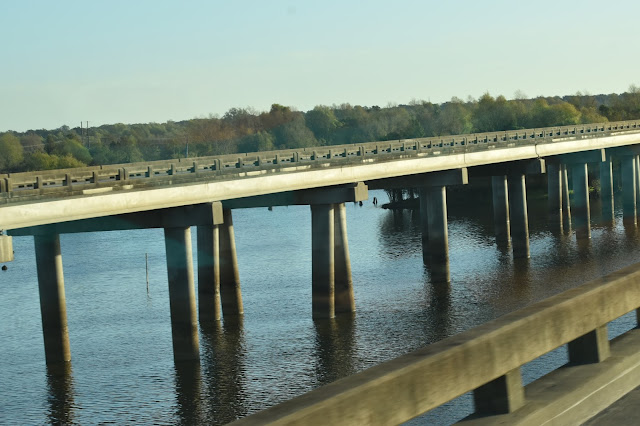 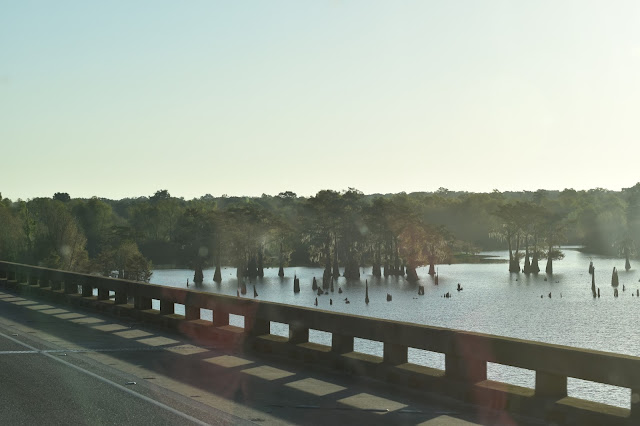 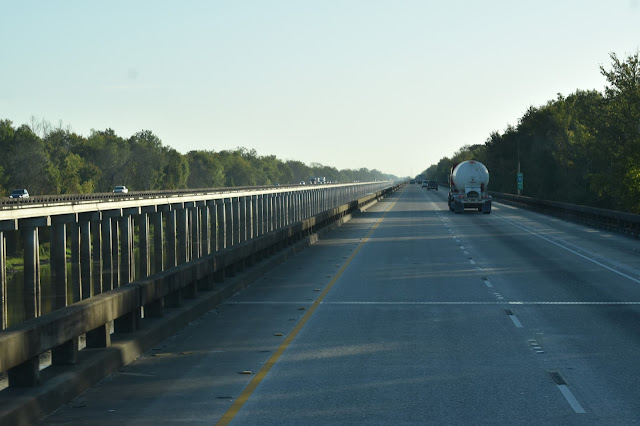 We spent about two hours today crossing Mississippi...The Birthplace of American Music. The state claims to have "literally shaped the course of modern music with its contributions to blues, jazz, country and gospel". Other claims to fame include...1. shoes, in America, were first sold in pairs in 1884 at a shoe parlor in Vicksburg, 2. Belzoni is the "Catfish Capital of The World" with 70% of the nation's farm-raised catfish coming from there, 3. Elvis was born in Tupelo.

Tonight we are settled in at the Gulf Shores/Pensacola West KOA in Lillian, AL located on the Perdido Bay. Our drive was short in "Alabama the Beautiful" with highlights being a flock of herons... 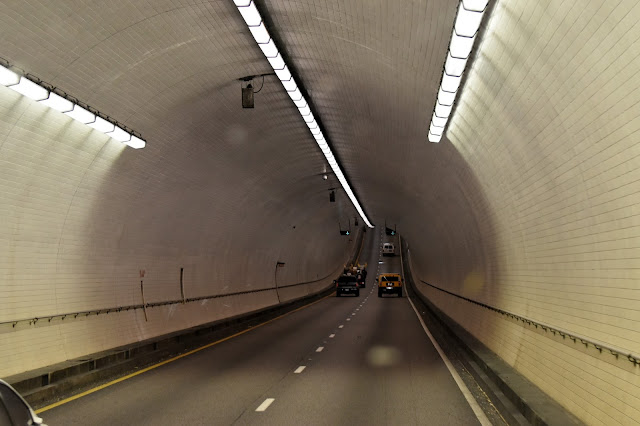 and the skyline of Mobile. 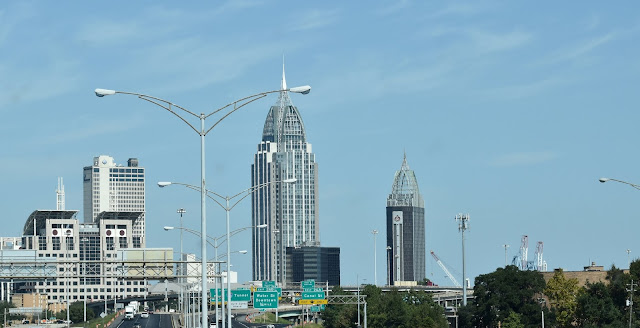 And, yes, the flags at a park in Foley. 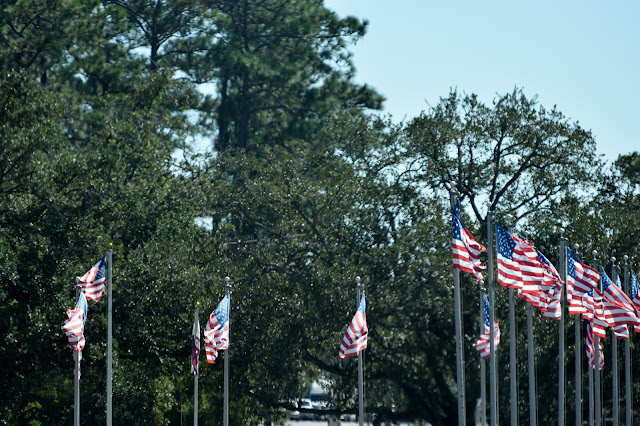 The plan is to be settled in at the Stagecoach RV Park tomorrow in St. Augustine, FL for a glorious 12 nights. The weather looks iffy with rain showers almost everyday...but I don't care!

Take care and until next time, let the good times roll... 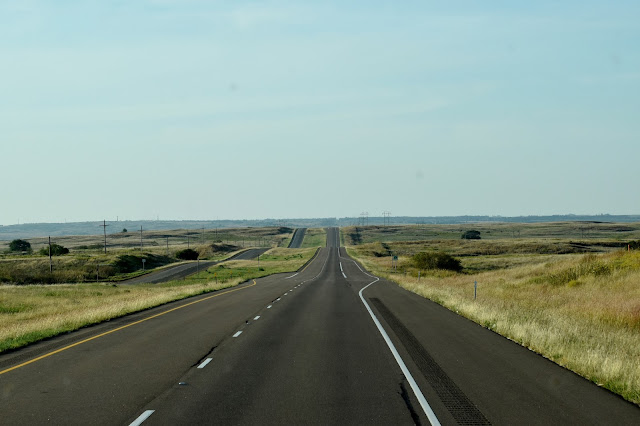