A Little Shopping and Some Birding

Tuesday, I realized I had forgotten to pack my beach hat and walking the beach is definitely on the list of favorite things to do.  To fix the problem, Joe and I headed out to Seaport Village to a great little hat shop. 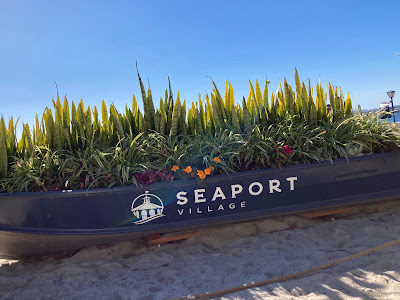 I know it is a great little hat shop because there is a hat I bought there still sitting on the shelf in our closet in Tucson. 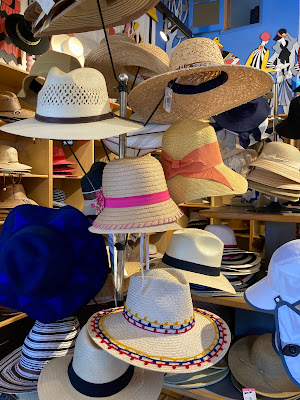 Oh well, a girl can't have too many hats ! Seaport Village is less than 10 miles from the KOA and a nice place to spend a couple of hours. There are lots of other small speciality shops, but the best part is the walk along the bay. 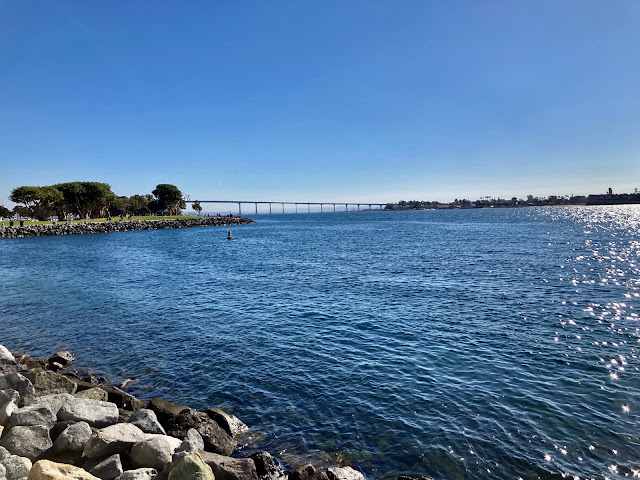 One of the oldest and most iconic historical neighborhoods in San Diego is Little Italy. 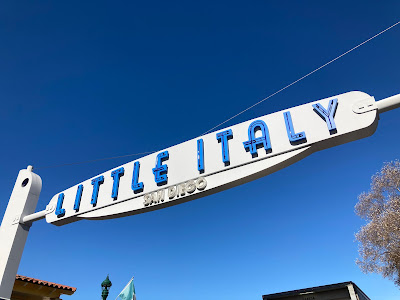 It all began as a "humble" fishing community populated by Italian immigrants back in the 1920s and has grown into a chic, pedestrian-friendly neighborhood.  Boutiques, music venues, bars and restaurants line the street today.  And on Wednesdays and Saturdays, the big attraction is the Little Italy Mercato...year round...rain or shine. The Saturday Market fills six city blocks (Date Street is closed to traffic).  Produce, flowers, meats, eggs, oils and breads are among the many items sold by local vendors.  We chose to go Wednesday which is about a third the size of Saturday's event.

Our bag was mostly empty except for a loaf of rosemary sourdough bread and sun-dried garlic spread.  There were lots of vendors with root plant produce...beets, turnips, carrots, etc. 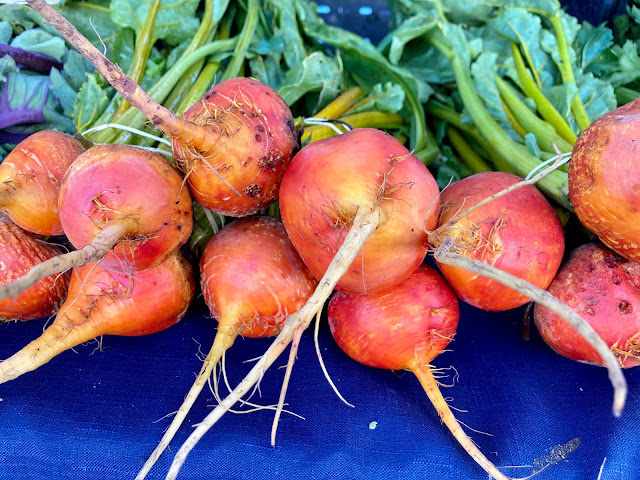 And as always, the  bundles of flowers locally grown were beautiful. 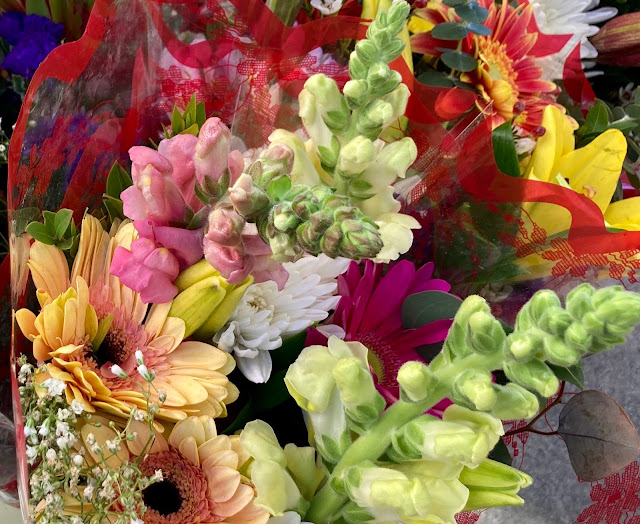 I'm not a big city girl, but I love to visit the city and walking the streets in Little Italy is totally a fun time.  It has skyscrapers, outside bars and restaurants, store windows full of color and charm, and history. 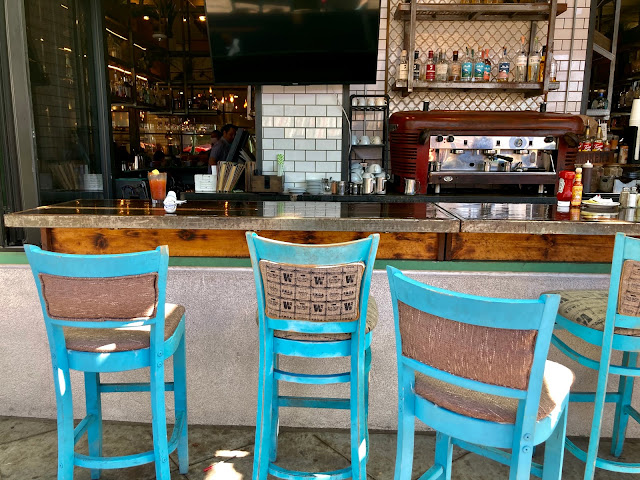 Today was birding day.  We chose Bayside Birding and Walking Trail which connects to the Bayshore Biking Trail and together make for a decent walk.  We chose to begin our walk in Imperial Beach which is less the 10 miles from the KOA. 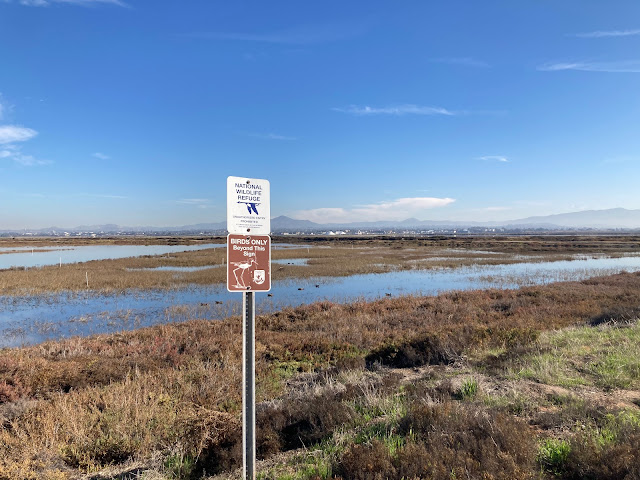 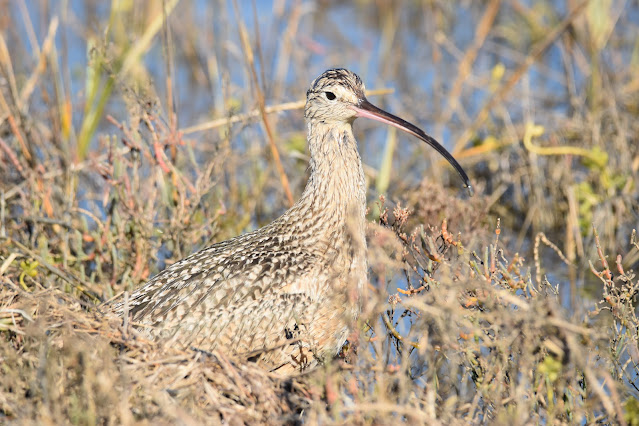 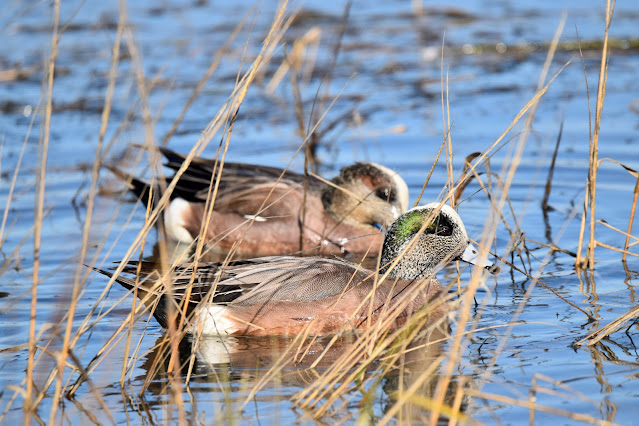 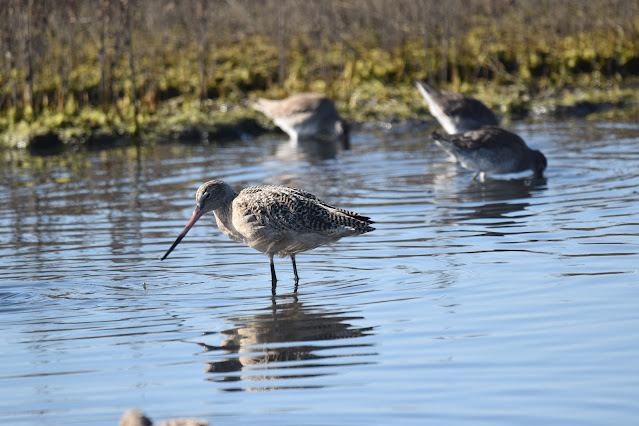 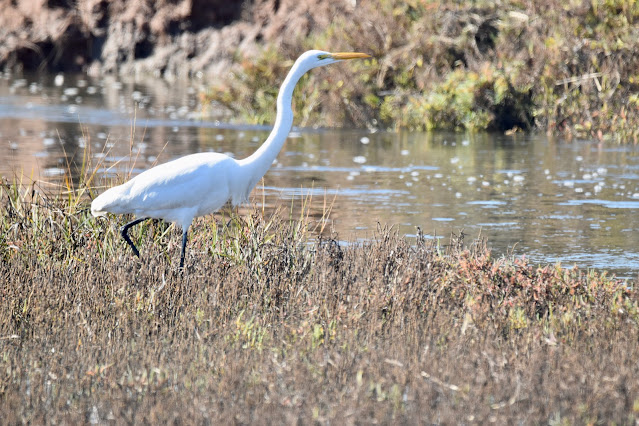 During the past century, 70% of the Bay's salt marsh was either dredged or filed for development.  Restoration in San Diego Bay began in 2011. Tidal flows were restored bringing back lost habitat for a wide variety of fish, birds, other animals and plants.

Most of what is the Bayshore Bikeway was originally known as The Coronado Beltway Railroad. 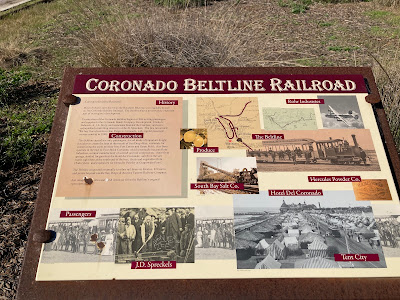 It was constructed in 1888 to bring passengers and supplies to the Coronado Beach Company Development.

Until next time, bottoms up ! 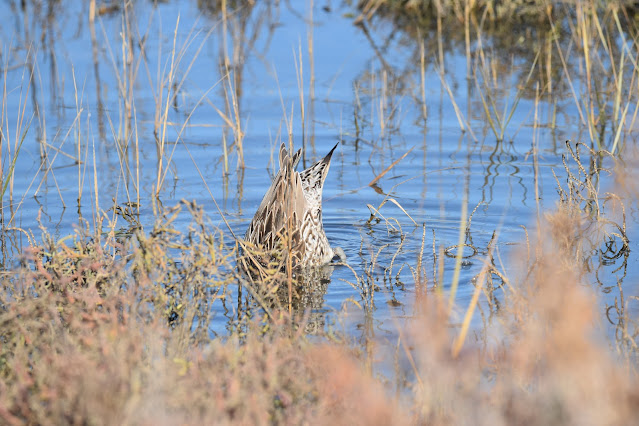 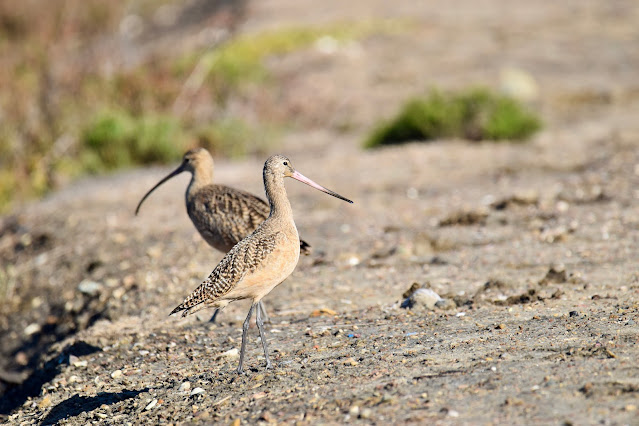