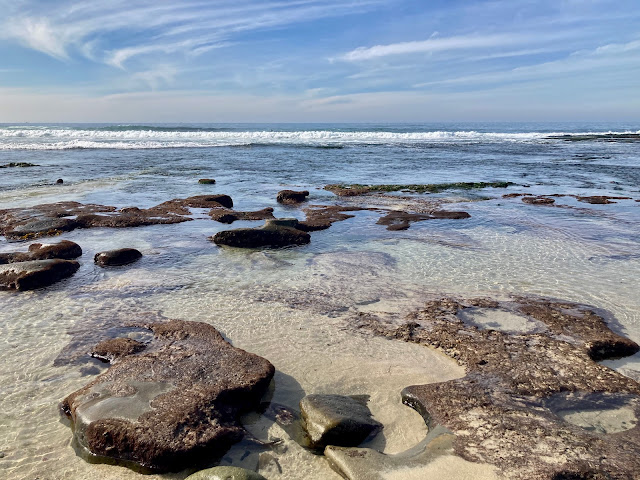 Tide pooling is my favorite beach activity.  I've been sitting on "go" since we arrived just waiting for a negative low tide.  Finally last Friday, it was a -0.4 tide at 2:00 pm and we were out the door headed for La Jolla shortly after noon.  From the moment we park, my heart beats a little faster !  La Jolla is such a picturesque and camera fun place to visit.

This time of year, the seals are in the Children's Pool.  They have the sweetest faces and even though they don't move around much, their playful antics are amusing. 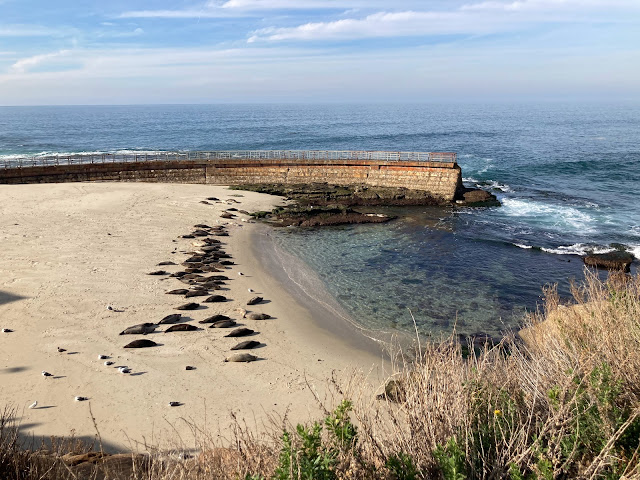 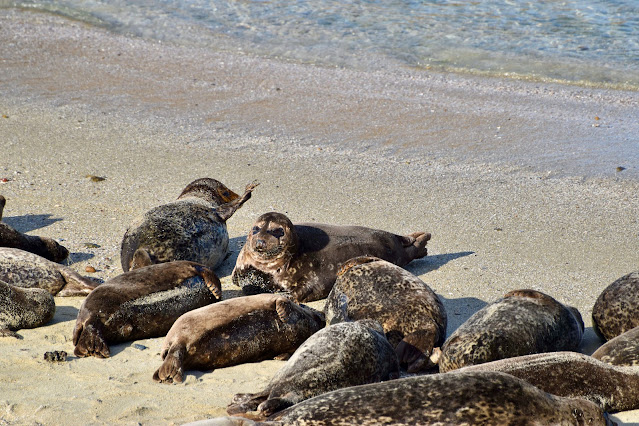 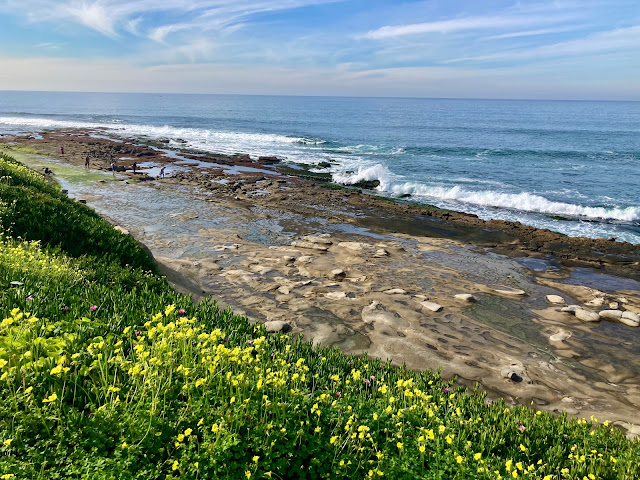 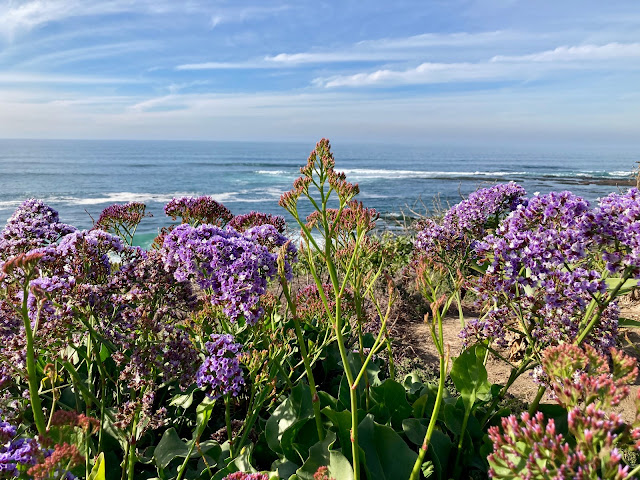 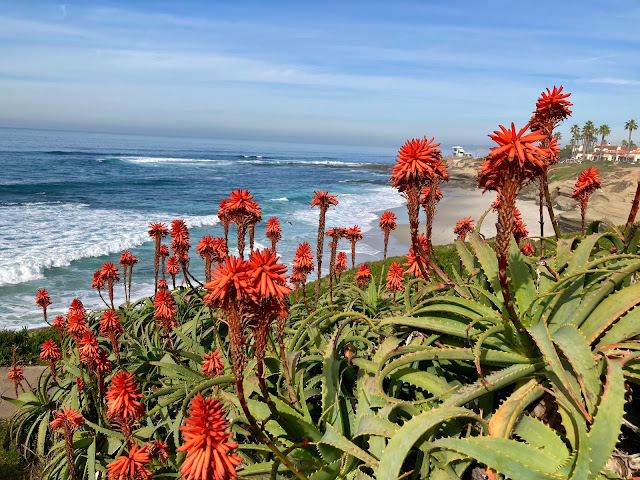 And where there are colorful flowers, you might just see some busy critters. 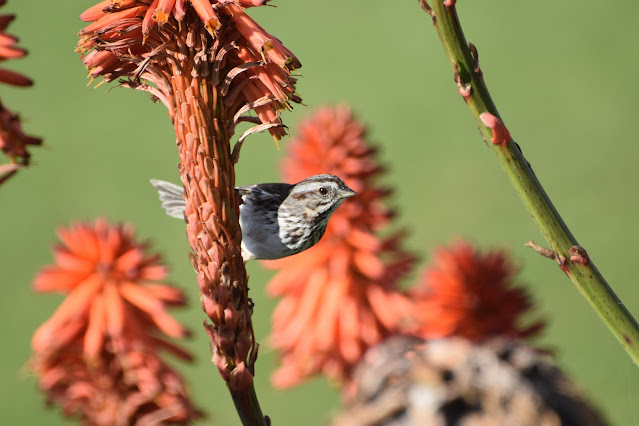 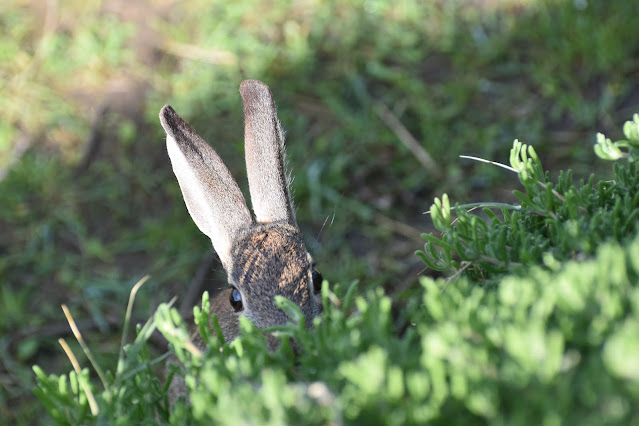 I began exploring tide pools right here in San Diego in March 2013 at Point Loma.  Through the years I have been fortunate to see a variety of star fish, mussels, crabs, hermit crabs, and even a lobster.  I'm not disappointed in Friday's pooling, but was surprised at the lack of variety. 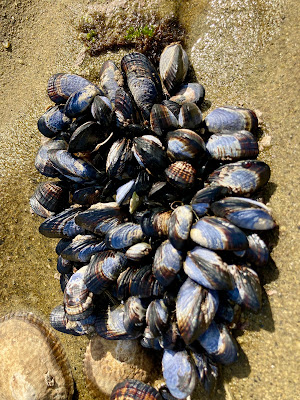 There were lots of anemones, hermit crabs, mussels and the sea grasses were especially pretty, but that was about it.

I'm always fascinated by nature.  Frequently, an anemone will cover itself with bits of shells when it is out of the water.  The bits of debris reflect light to keep it cooler and reduce water loss. 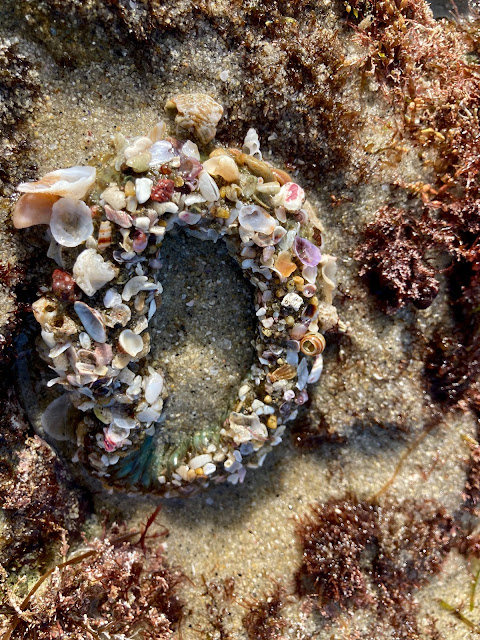 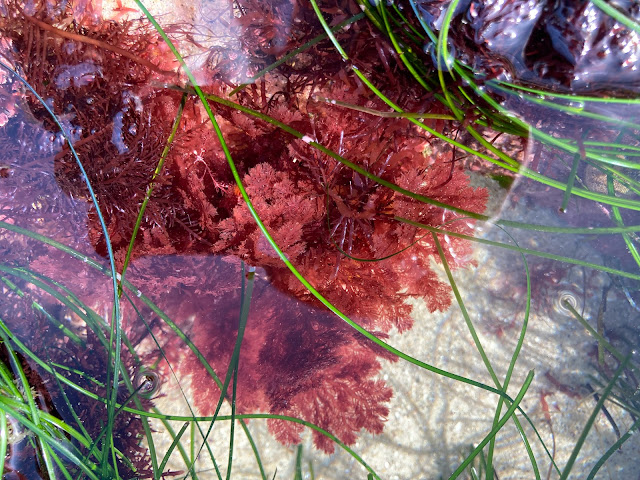 Joe was "in charge" of the camera while Carol and I were exploring. He got a few photos as well. 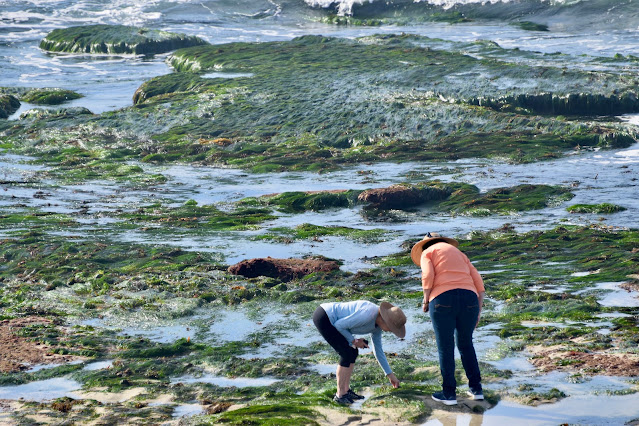 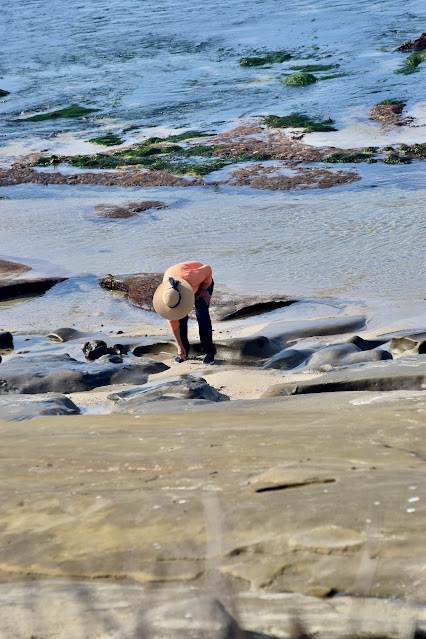 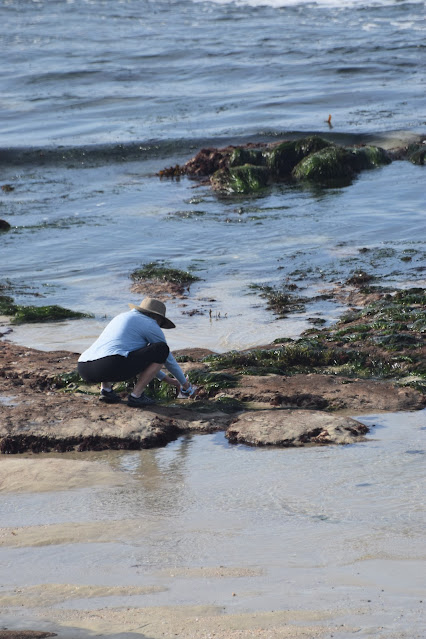 One thing I missed at La Jolla was the brown pelicans.  They are magnificent birds and I am on a mission to photograph them...that might just mean another trip to La Jolla.    Well, somebody has to do it, right?
We are officially half way into our month here.  The change of scenery has been nice.  The weather has been a little cooler than we like, but tolerable and mostly sunny.  The long range forecast looks to be warmer with highs in the mid 70s...pretty close to perfect beach weather for us.  We are looking forward to a few more adventures before heading home. 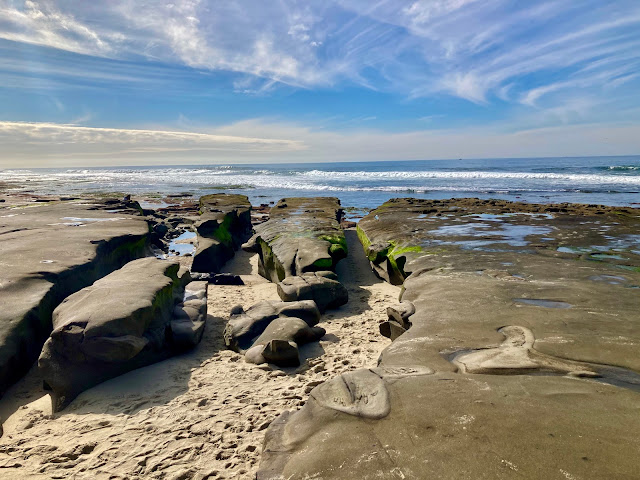 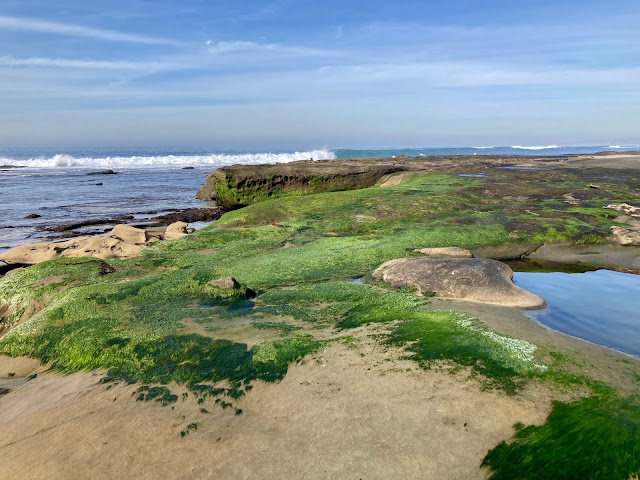 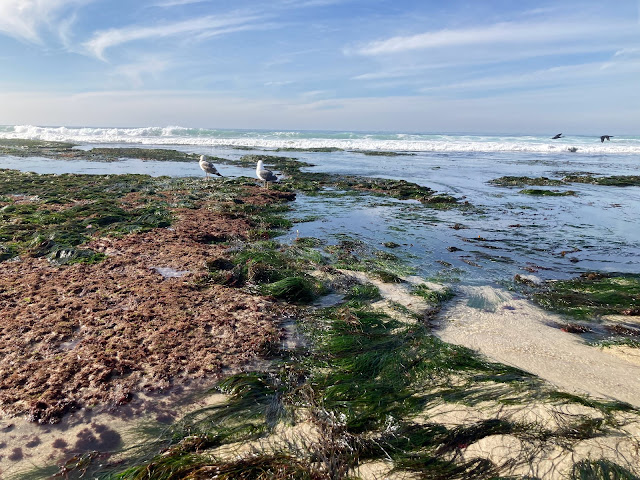 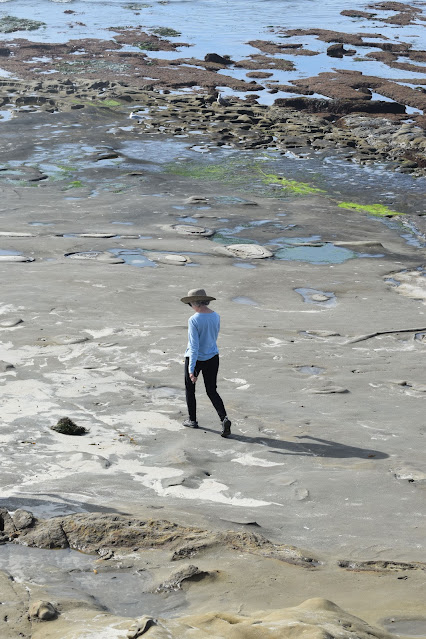