The Wind...it was a blowin! 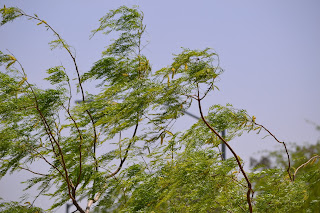 Monday, we woke up to a "Blowing dust alert". That's a first for us! And did the wind ever blow...40 miles an hour almost all day long.

Our home was a rockin' and the slide toppers were a flappin'. 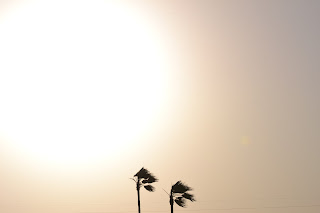 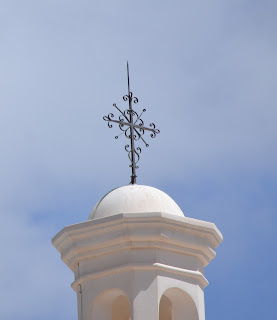 Today (Tuesday) was much better...still breezy though at 18 mph. 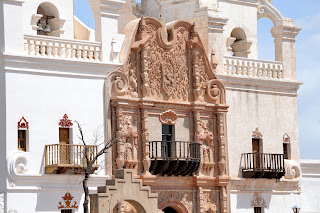 The Mission San Xavier was our destination today. San Xavier Mission was founded as a Catholic mission by Father Eusebio Kino in 1692.

Construction on the current church began in 1783. A Franciscan missionary, Juan Bautista Velderrain, borrowed money from a Sonoran rancher to build the church. It was completed in 1897. 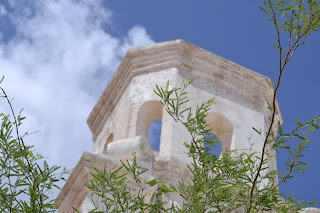 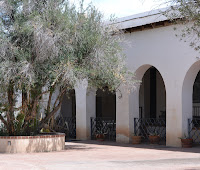 Villagers helped...by gathering sand, lime, clay, rock and wood. Brick was laid up for both the inside and outside faces of the walls, then rock rubble and a lime-sand grout poured between. The walls are three feet thick. 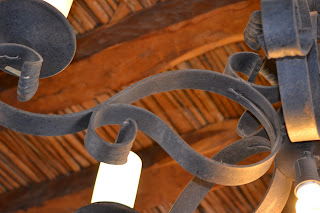 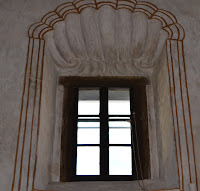 In some places the walls are six feet thick and coated with a limestone based plaster... a formula that includes the juice from prickly pear cactus pads. 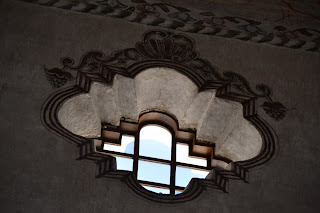 With the Gadsden Purchase of 1854, the Mission joined the United States. In 1866, regular services were held at the church once again. 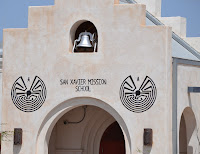 In 1872, Sisters opened a school at the Mission. Today, Sisters of Christian Charity now teach at the K-8 school and reside in the convent. 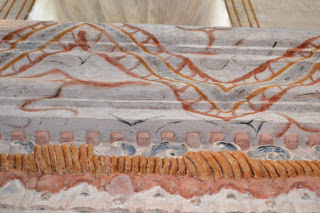 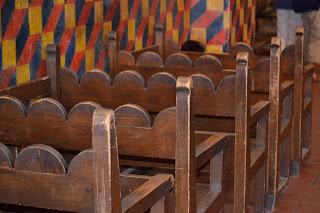 Extensive repairs to the church began in 1905 when an earthquake caused damage. The next round of restoration followed the years after 1939 after damage was caused by a lightening strike. 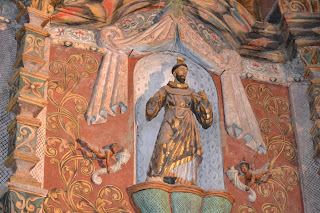 Not much is known about the people who decorated the interior. The artwork was probably commissioned by Velderrain's successor and most likely created by artists from Mexico. 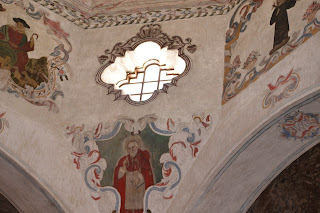 The vaulted ceilings are beautiful. In 1992, an international team of conservators began a 5-year project to clean, remove over-painting and repair the interior painted and sculptured art. 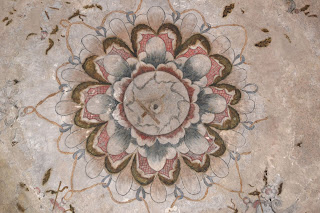 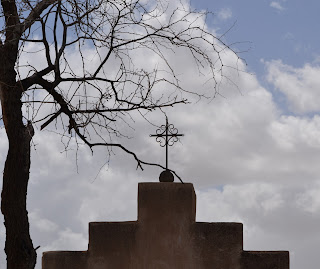 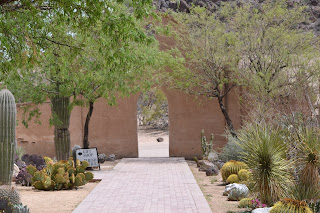