The cold war...all I remember is the Cuban Crisis and my mom, along with friends, had food and water in the basement. Today Joe and I toured the preserved Titan ll missile site known as complex 571-7. This is the only remaining site of 54 sites on alert across the United States from 1963 to 1987. 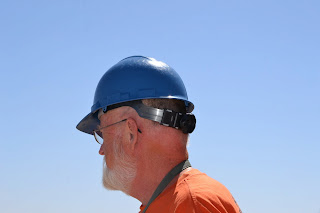 Able to launch from its underground silo in just 58 seconds, the Titan ll was capable of delivering a 9-megaton nuclear warhead to targets more than 6300 miles away in about 30 minutes. 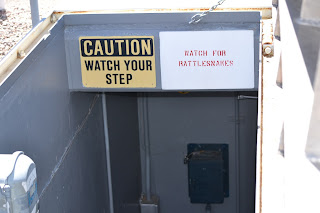 Our one-hour guided tour started at the Access Portal. In the day, from the time you entered the complex, you had 3 minutes to enter the portal...even when rattlesnakes were  cooling on the shaded steps. 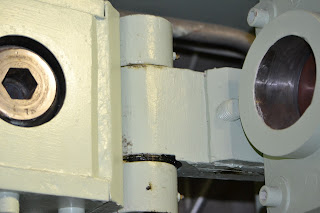 Using the Access Portal, you will descend 35 feet underground into the hardened missile complex. You walk through the Blastlock Area first.
The complex was built of steel reinforced concrete with walls as much as 8 feet thick in some areas and a number of 3-ton blast doors sealed at various areas from the surface and each other.
We were led to the control launch room where we experienced a simulated missile launch. Our guide, Jack, did a great job explaining how two people worked together to complete a launch.
﻿﻿ 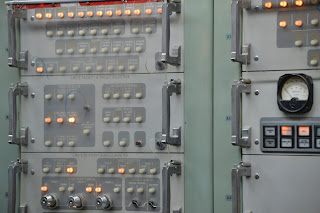 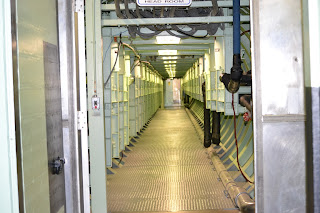 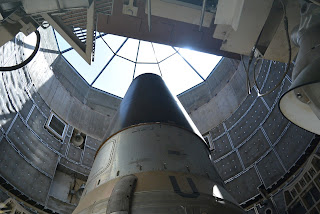 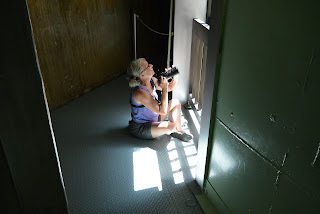 The silo has 8 levels. It is 146 feet in depth and 55 feet in diameter. Equipment, structures, and mechanisms included retractable work platforms and an elevator for equipment and personnel  which operated between levels 2 and 8. 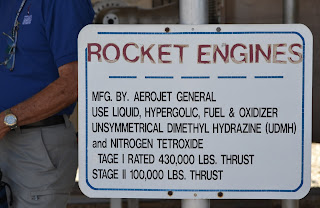 Outside, there is an exhibit of the rocket engines.
﻿

Also, on display are vehicles and refueling equipment.﻿﻿﻿﻿ 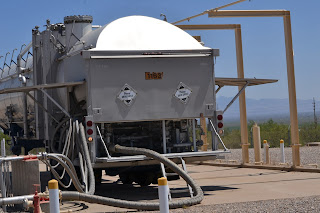 To keep the silo intact, the museum had to convince the Soviet Union that is was not still a weapon. When the missile was first returned to the site, it left on the outside for 30 days with holes cut in the fuel tank and nose-cone so that Soviet satellites could confirm it had been gutted. Once in place, the steel-concrete door was permanently sealed in the half-open position with huge blocks preventing it from opening further. 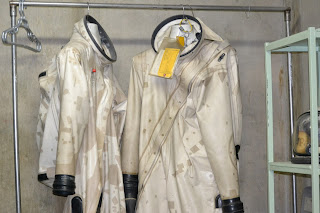 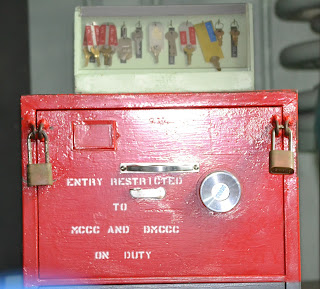 What was one of America's most top secret places is now a National Historic Landmark with a mission of bringing Cold War history to life.
It was a very interesting day. Hope you have a good week! Thanks for stopping by!