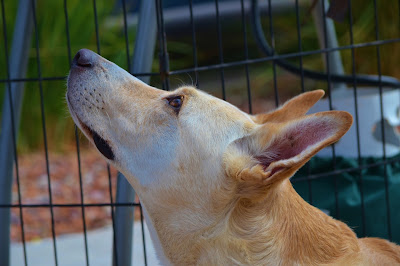 Wednesday and Thursday have been rather busy...not the having fun kind of busy, but the stuff that has to get done busy. I plowed my way through laundry and lots of cleaning on the inside while Joe has been busy with the outside and a couple of projects.

As I mentioned in our last post, the hummingbirds have been enjoying our feeder. I counted 5 this morning and managed to capture 4 of them in this photo. 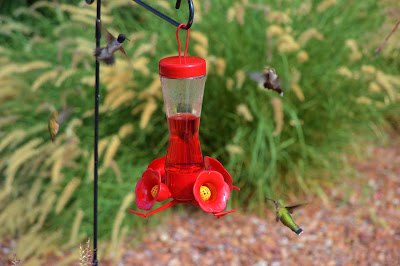 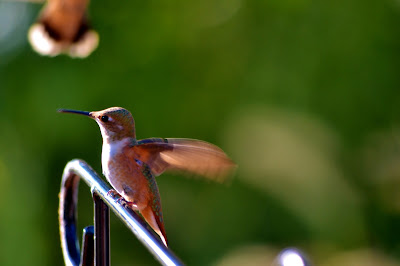 This little guy was not at all patient waiting his turn...he zipped right on in! 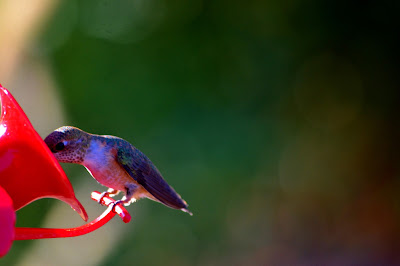 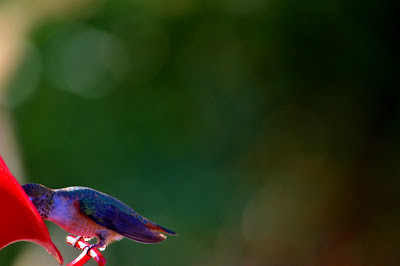 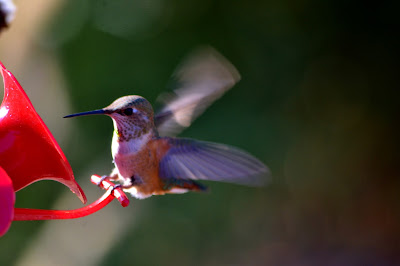 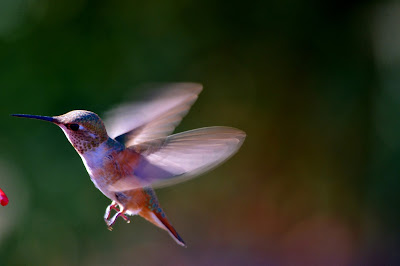 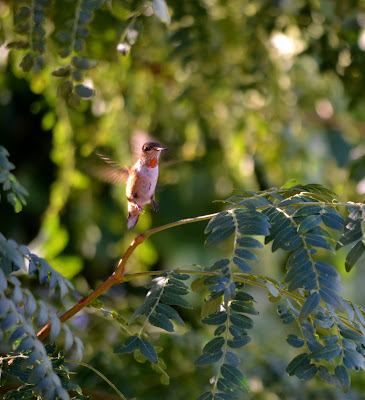 I thought he was sitting on the branch when I took his picture, but captured him just before he perched. The light caught his throat just right to see the ruby red color. 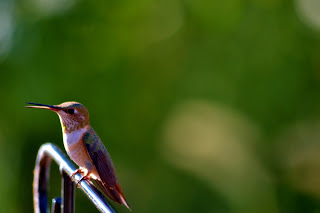 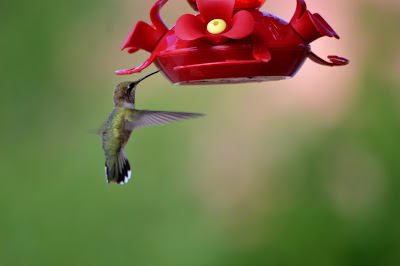 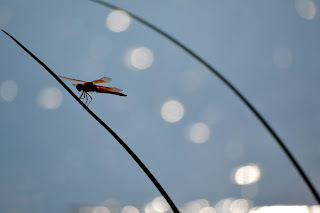 I have never seen an orangey-red dragonfly. They also zip through the air all around the koi pond. 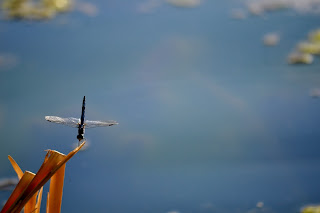 There are the turquoise colored dragonflies too. Just so pretty zipping around in the sunlight. 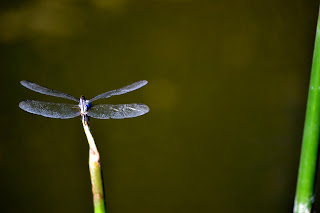 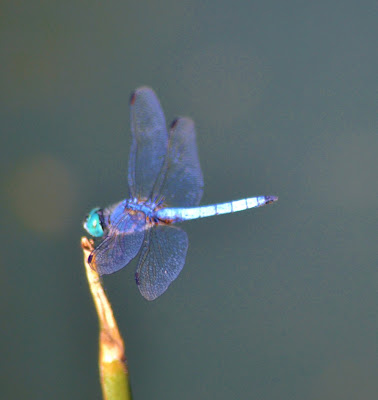 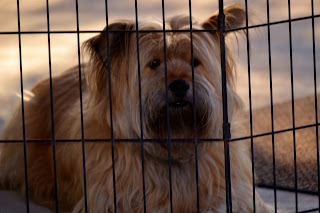 We have plans tomorrow to get up really early and hike the Jewel Tibbetts Arch Trail before it gets too hot.
Can't believe it's the week-end already... 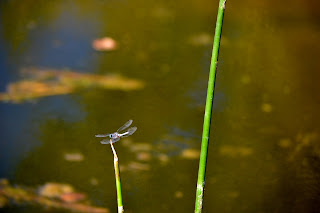 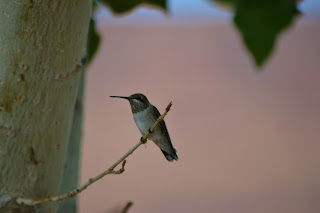 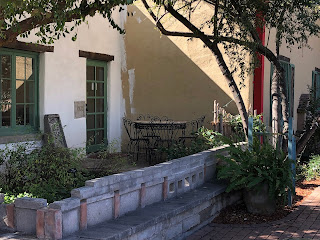