Bandits' and A Hike

Last Monday, June 24, Jan and Martin rolled in at Park City RV Resort. We met them in Moab a few weeks ago. After hugs and hellos, we made plans to get together on Tuesday for lunch in historic Park City. 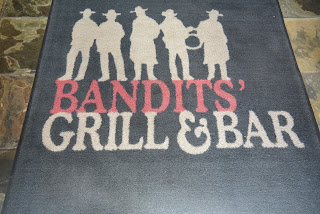 After parking on Main St., we realized we had way too many choices for places to eat. Since we were all rather hungry, we settled on the third restaurant we passed! 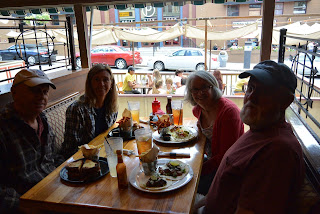 The first Bandits' opened in 1990 in Thousand Oaks, CA. It wasn't long before it was proclaimed "Best Barbeque in Los Angeles". 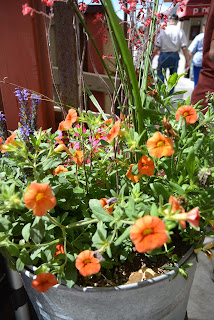 Since that time, two more Bandits' have opened...one in Camarillo (a city in Ventura County, CA) and the other in Park City. Bandits' advertises that they purchase from local farmers as often as they can and that everything is made in-house. 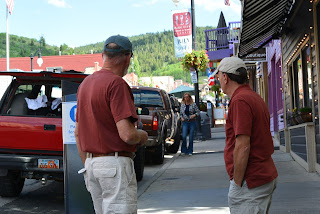 Jan and Martin enjoyed BBQ chicken sandwiches with gouda cheese and homemade BBQ sauce...Joe had steak tacos with guacamole and I had grilled fish tacos with slaw, both served with dirty rice and beans. 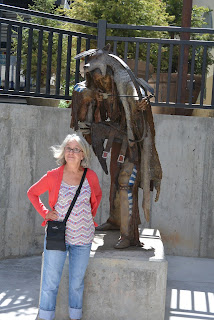 A stroll up and down Main Street was definitely in order after lunch! There are several statues on Main Street. This picture does not depict the detail on this large bronze sculpture of a Native American chief...quite intricate. And Jan met Franz the Bear. Franz, a bronze statue, sits on a bench just waiting for photo opportunities. 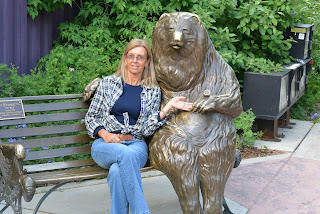 These along with other statues are strategically placed in what the city refers to as pocket parks. 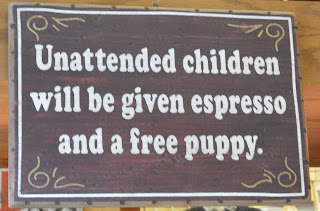 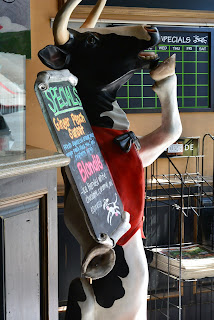 What better way to end the afternoon than a visit to Java Cow Creamery. 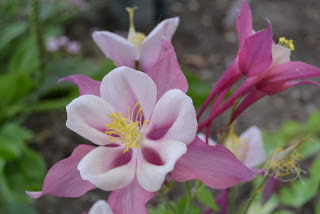 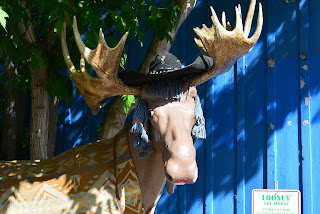 There are lots of moose in Park City which can be somewhat of a bother. One neighborhood decided to take action...they used paint ball guns to scare the moose away. What a comical sight...lots and lots of painted moose wandering the streets! 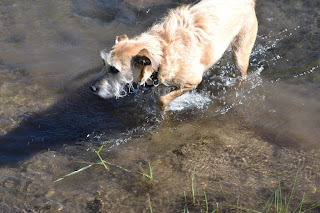 The next morning, a hike was in order...exercise after a day of lots of eating! There are numerous hiking trails right out of the Park City Resort/Campground  so we had no excuses. 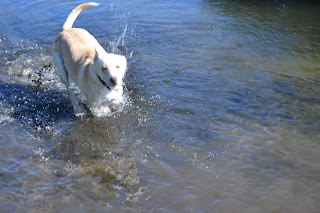 A quick dip in the East Canyon Creek and we were on our way! 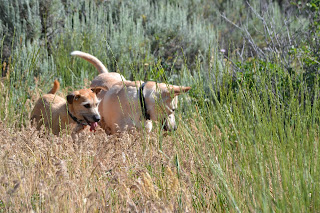 We all enjoyed a beautiful walk up the mountain.


The pups headed straight for the creek! 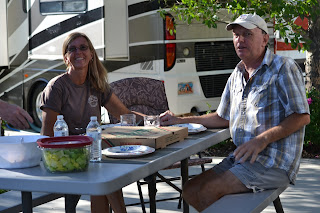 We had yummy pizza and avocado salad for dinner at Jan and Martin's. 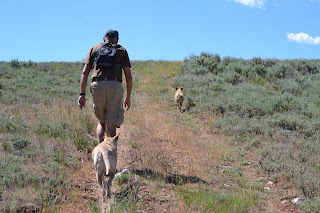 We have had a great week...visiting with friends (Sue and Paul and Jan and Martin), Pearl had a trip to Teraflex for some modifications, I got a haircut at Oh La La!, and Sally had a spa day at White Pine Grooming Salon with Joan Rollins and she looks absolutely beautiful!
Hope you are having a great week-end. We will be in the road tomorrow...first stopping for an overnighter in Dillon MT, then on to Polson, MT on Monday. 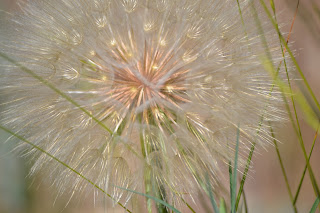 We have certainly enjoyed our time in Utah. The name Utah comes from the Ute tribe and means people of the mountains.