Moab, UT
June 22, 2013
Moab is nestled in a valley surrounded by the Colorado River and the LaSal Mountain range. When you visit Moab, you step into a world rich with natural beauty.

Native American tribes...including the Pueblo, Utes and Navajo, roamed the Moab area for thousands of years before the Spanish arrived in 1776.

A group of Spanish explorers carved a trade route across the desert to California. One of these routes linked Sante Fe with Los Angeles and ran past Arches NP. 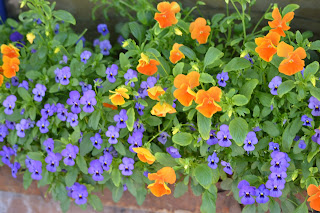 Their isolated lives in the wilderness were full of daring adventures, savage warfare, and extreme temperatures.


By 1855, The Mormon Church set out to establish a trading post at the Colorado River crossing in Moab. Conflicts with the Utes forced the Mormon to abandon.


It wasn't long until the discovery of precious metals and the development of coal mines lured new settlers.
﻿﻿

There is an interesting story about how Moab got its name and the efforts to change it. If you are interested...check out Wikipedia.


﻿﻿﻿﻿Fast forward to the 1970s...Moab became home to Arches NP and today tourism flourishes.﻿
Hikers, photographers, rock climbers, mountain bikers, four-wheelers, and the increasingly popular base jumpers flock to the area every year. ﻿
﻿﻿﻿﻿
﻿

We arrived in Moab on May 18th for a 2 week stay. Well, after just a few days here, we quickly realized that was not going to be enough.

﻿﻿
What was to be a 2 week stay turned into a 5 week stay and we both feel we have only scratched the surface of the adventures Moab has to offer!


Hiking has become an important part of our lives. Thanks, one more time, to Steve and Joan for showing us such a fun way to explore. Also a thank you to John and Pam...your posts sure sparked our interest.


And,  thanks again  to Carson and Deb for saving our bacon at the Devils Garden primitive trail. That trail was for sure a boost in our confidence! They also suggested the trekking poles which have been a great help for Joe.
﻿﻿﻿﻿

﻿﻿﻿
Pearl (our Jeep) has added more opportunities for us to explore the great outdoors. What a great time we have had the past few weeks. A huge thank you to Doug and Dee for opening that door!


Joe and I enjoyed a couple of 4X4 trails by ourselves, but oh my...the places Doug and Dee have taken us... we would have never tried by ourselves.

Last Thursday, we followed Roxanne and Dee on a easy to moderate to difficult 4X4 trail which included Tusher Tunnel, Hidden Canyon Overlook and Bartlett Overlook. Talk about a confidence builder!

Then on Friday, Dee drove us through Hell's Revenge! Pearl needs new gears to drive that trail safely...our goal is to do it next year!


﻿﻿﻿﻿﻿﻿﻿﻿
When we were driving through the sand in Bartlett Wash, Dee pointed out that an old western with John Wayne had been filmed there. The wash had been dammed up to make a watering hole for all the horses used in the movie. How cool is that?    ﻿﻿﻿﻿﻿﻿﻿﻿﻿
﻿Many movies have been filmed in and around Moab. The most recent are The Lone Ranger starring Johnny Depp as Tonto. It will be in theatres on July 3.﻿﻿﻿﻿﻿﻿
﻿
Also, After Earth starring Will Smith and his son Jaden is playing in theatres now...I think.   ﻿﻿
﻿﻿﻿


We stopped by the car wash quite a few times!﻿﻿

We enjoyed a few of the restaurants on Main Street with new friends...Sue and Paul, Jan and Martin, and Dee. 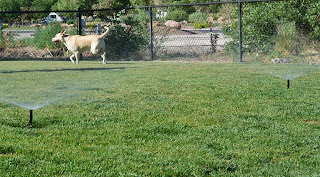 Our pups sure enjoyed the doggie park at Portal. What a way to cool off!


It was a great time...and I am sure we will be heading back that way next year!


Thanks for stopping by! 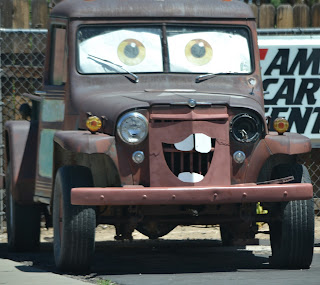 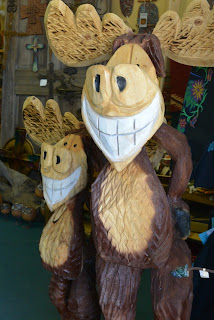