Here we are... All settled in at Trailer Village, Grand Canyon Village, AZ. Early Wednesday morning we headed out to the visitor center and our first view of the Grand Canyon at Mather Point. 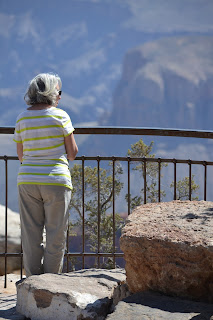 The air was crisp, the skies were blue, and oh yes, Tammy...the sweet smell of pine trees!

There really are no words to describe what we saw! 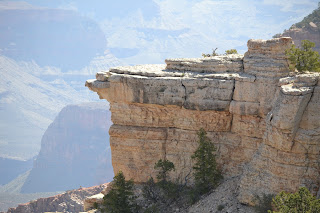 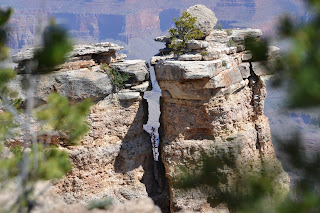 We walked along the paved greenway, mostly in silence, except for quite a few "wows" and "oh mys", just trying to take it all in. 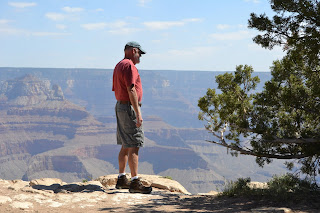 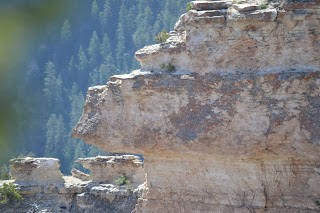 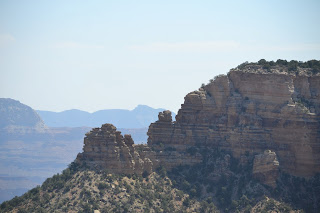 According to information in a book we bought today (Along the rim...A guide to Grand Canyon's South Rim from Hermits Rest to Desert View) Stephen Mather, along with his assistant, supervised the final stages of the 37 year fight to grant Grand Canyon the protection that finally brought it into the National Park System in 1919. 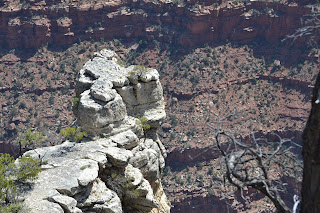 In 1914, Mather, who had a devotion to monumental western landscapes, complained to Congress about the management of Yosemite and Sequoia. Congress wrote back..."if you don't like the way the national parks are being run, come on down to Washington and run them yourself." So he did! He became the first director of the National Park Service in 1916. 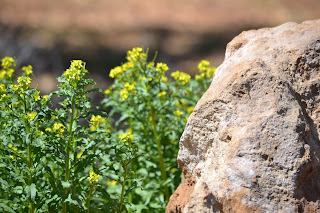 After lunch, Joe and I decided we wanted to go exploring...jeep style!

After a nice visit with the Rangers at the Tusayan Ranger Station, we decided to take the Grandview Trailhead...which best suited out time frame. Just south of the town Tusayan, we took FR 302 east for about 15 miles. 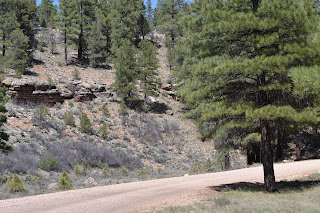 The roads were mostly graded dirt roads, suitable for passenger vehicles. But we did take several of the old logging roads...fun! 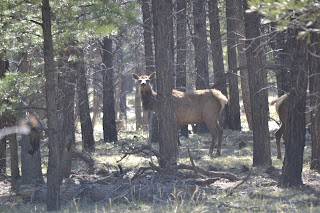 Of course, I was looking for any kind of wildlife!

The mule deer were all we saw! OOPS! Thanks Judy and Sandie...these are elk! 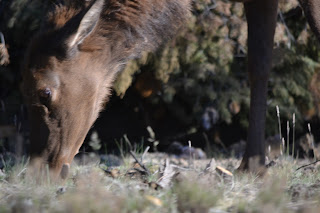 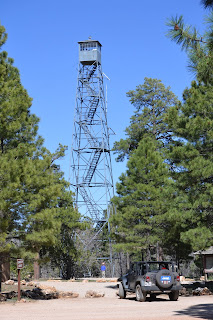 The lookout tower was built in 1936 by the CCC.
We had a great day. 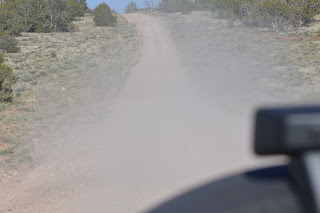 Hope you had a nice day too. Thanks for stopping by! 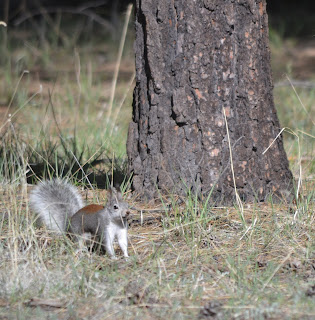