Some Revenge and a Britney Spears Flop

The next morning, after Joe III's very brief introduction to jeeps the night before, he was in for a challenge and some revenge...Hell's Revenge that is. It's my all-time favorite 4X4 trail ranked mid-way on the difficult list in Charles Wells' Guide because of "steep climbs and descents over sandstone domes and ledges. Not for stock vehicles or novice drivers." We would never have ventured out on such a daring trail if it had not been for Dee's encouragement and having her at the helm. Thank you Dee for a great day and experience...one I am sure Joe III and Jena will keep forever in the memory bank. 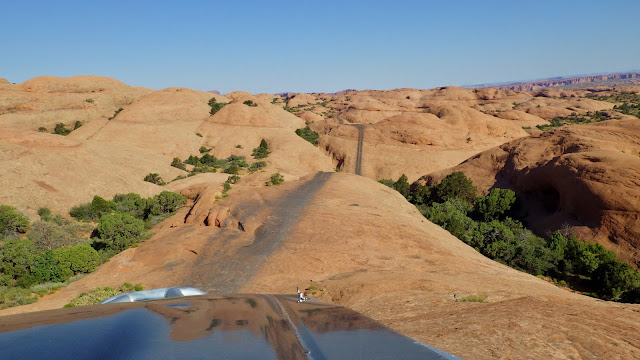 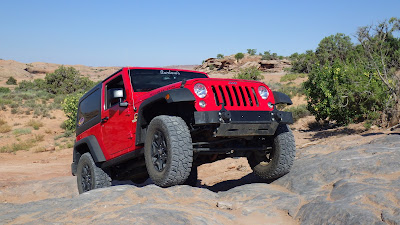 I rode with Dee in her buggy Wild Thing, Joe III and Jena rode saddle and Joe and Ronnie were tail-gunner in Pearl. 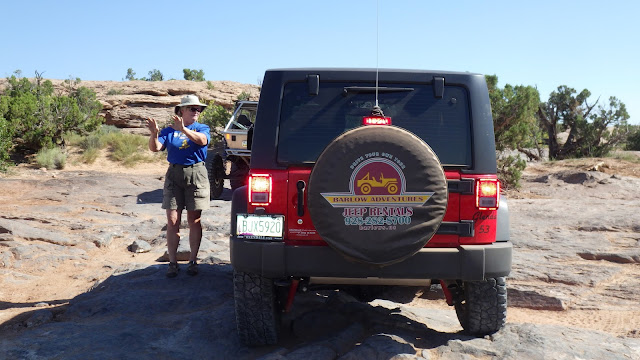 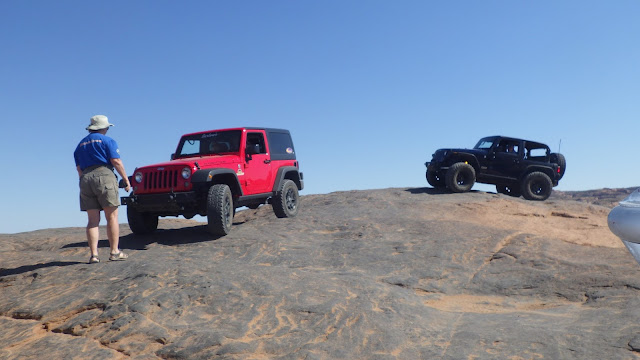 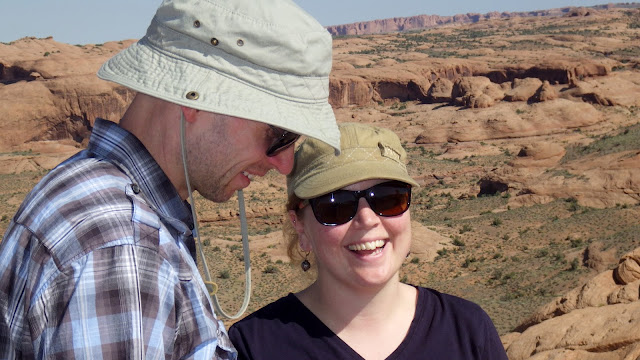 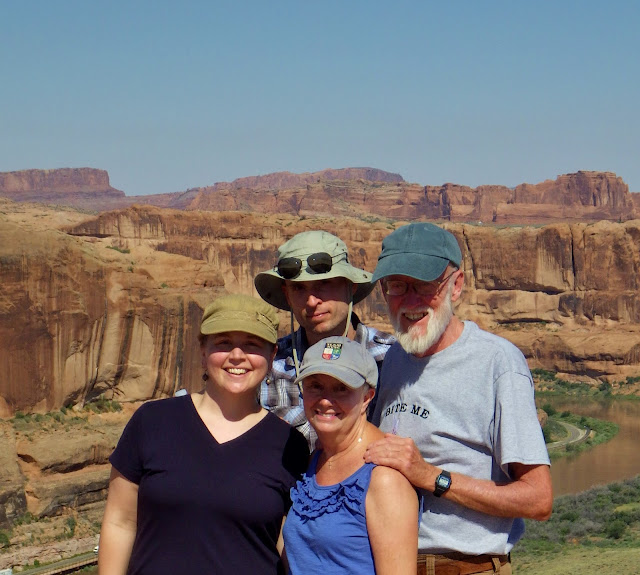 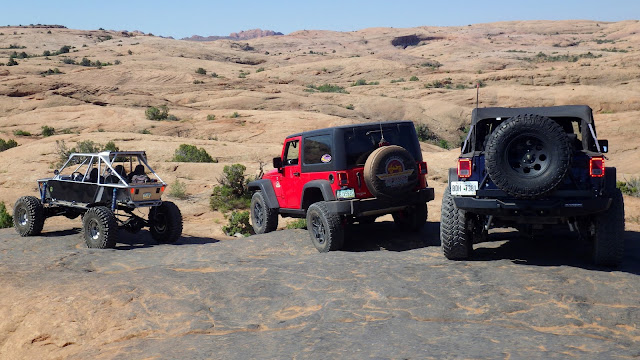 Check out the video that shows their ride...

Early the next morning, we off to AreaBFE on the south side of town. BFE is a 320 recreational park for many different outdoor activities such as trail runs and camping as well as hosting special events like competitions, club gatherings, and music festivals. It is privately owned, but open to the public. It is free to use, but donations are accepted to help with upkeep. 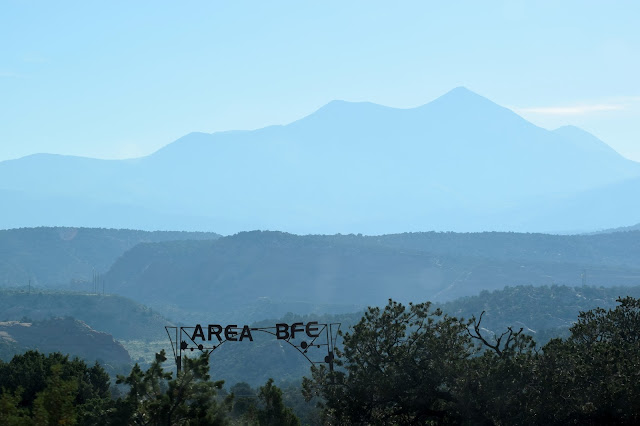 Pearl and Rubi followed these buggies to the playground known as Britney Spears.


Britney Spears as described on the BFE webpage...
Trail Rating : Expert
Description : Horseshoe loop up the side of a hill. Major boulders! Counter clockwise is harder!
Requirements : Min. 37" tires, Lockers, Winch, and a great spotter - Do not attempt alone! 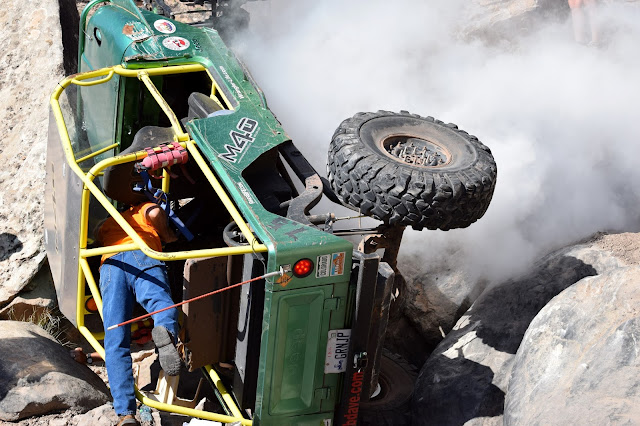 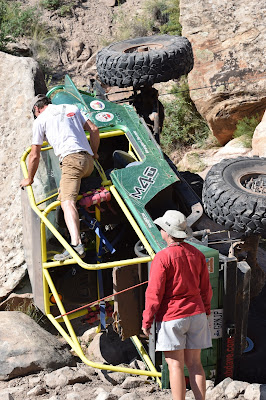 Yikes! The first buggy up made a great effort...a lot of backing up and repositioning  for different lines, but in the end it was a flop. It's quite impressive watching these folks in a crisis...Glen unstrapped the driver in the picture above, then Jeff scrambles to turn the engine off. Driver was OK and the buggy lost it's brakes. 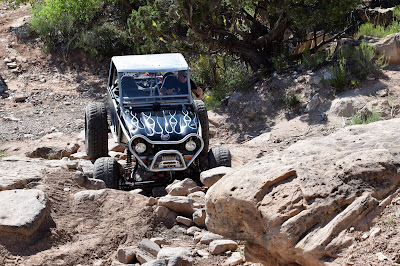 The second buggy up had a successful run, but not without a little help. 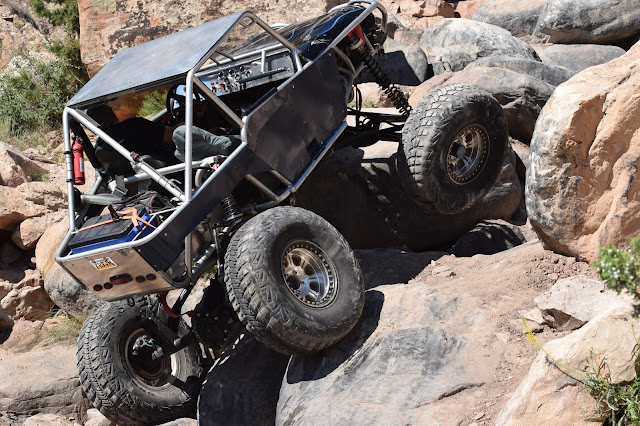 One other buggy tried, but after a few attempts, was advised to turn around.


Tired, hot, thristy and hungry we followed Dee to Zax...yep, the AC and a pitcher of Blue Moon "fit the bill"! 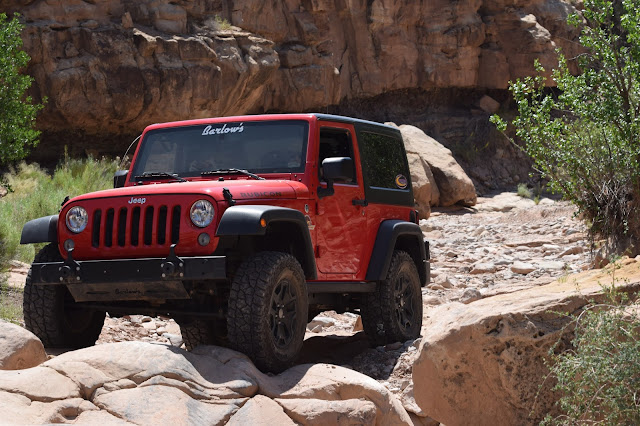